Tobey Maguire is coming back to the silver screen in the most exemplary way possible. He will be returning as the acclaimed and legendary silent comedy king Charlie Chaplin. 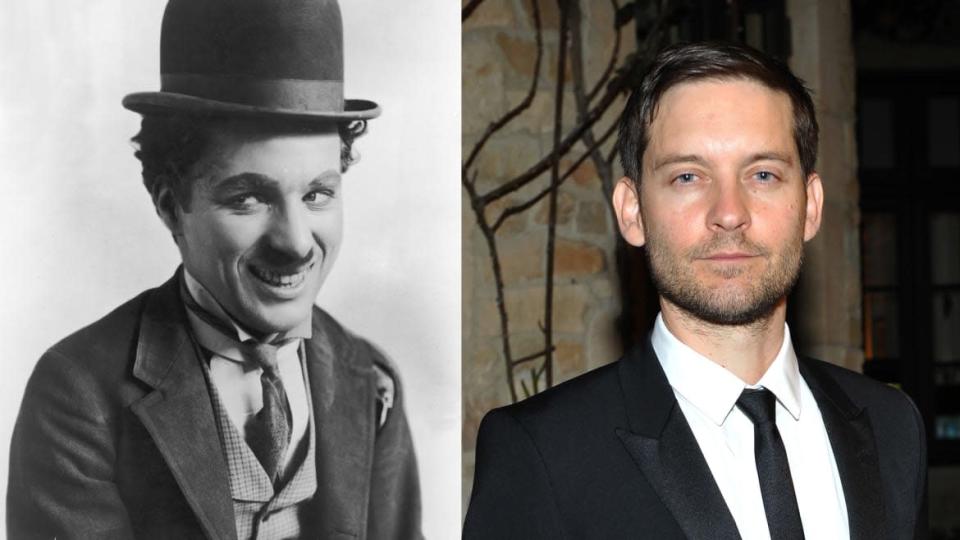 The La La Land director, Damien Chazelle’s Babylon is a star-studded tribute to 1920s Hollywood. Such a ‘tribute to the Golden Age of Hollywood’ will showcase the transition of Hollywood from the silent film times to the time talkies took their place.

The CinemaCon audience got the opportunity to see the first look of the movie on Thursday.

Apart from Maguire Brad Pitt and Margot Robbie will also join the portrait of the ornate and champagne-soaked showbiz during the 1920s Hollywood era.

margot robbie on the set of ‘babylon’ pic.twitter.com/n0dIrHwONI

Brad Pitt plays the character of John Gilbert, the suave actor who is famous for his performances in the ‘Merry Widow’ and ‘The Big Parade.’ Margot will be playing the role of Clara Bow, the sex symbol and typical flapper girl.

The other cast includes stars like Lukas Haas, Katherine Waterston, Jean Smart, Spike Jones,  Flea and Olivia Wilde whose roles have not been disclosed yet.

The Quotes from The First Look

Since the First look of the film was played at the CinemaCon, quotes from Brad Pitt’s and Margot Robbie’s characters have been circulating in the press.

A first look at Damien Chazelle’s BABYLON was shown at #CinemaCon.

“You know what we have to do… we have to redefine the form,” Pitt’s character. “When I first moved to Hollywood, the stars on all the doors said ‘No actors and no dogs allowed.’”

Robbie’s character is less concerned about her position in showbiz. “You don’t become a star,” she says. “You either are one… or you ain’t.”

I can’t wait to watch this movie. Tobey is an underrated actor, and Damien Chazelle is one of the best directors right now. Really exited for this movie. pic.twitter.com/3lyoA3IiYQ

The quotes of the characters fall in line with the archetypes the actors have been performing over the years in the film industry. Yet the way their characters evolve is yet to be seen once the film is released and the fans for sure are looking forward to it.

Maguire and His Comeback

Maguire has not starred in a movie since 2014 apart from his cameo last year in the Spider-Man: No Way Home and a voice acting role in The Boss Baby. He has spent more time as a producer than an actor in the past few years.

This will be his first movie since Pawn Pacific. Maguire is also one of the producers of the film.

Maguire’s casting in Babylon has been officially announced, but the details of him playing the role of Charlie Chaplin were still under the wraps until the CinemaCon on Thursday. We are curious to know whether he will be “sporting the toothbrush moustache and blower hat of Chaplin’s Tramp character.”

Babylon, the epic film is slated for a limited Christmas release and a wide release on Jan 6, 2023. The is supposedly even longer in duration than the 185 minutes long “The Batman.”

The film will be released by Paramount Pictures this release date window is a key for the film if it hopes to secure any Oscar nominations.