Brooke Eden and Hilary Hoover are celebrating their love with a second wedding ceremony! The country singer and her radio promoter wife tied the knot for the second time in Del Carmen, Mexico, on Thursday, October 27.

The ceremony was attended by 140 guests, which included the couple’s family and friends. Earlier, the couple got married legally at a church in Nashville on August 27, in the presence of their parents and siblings. 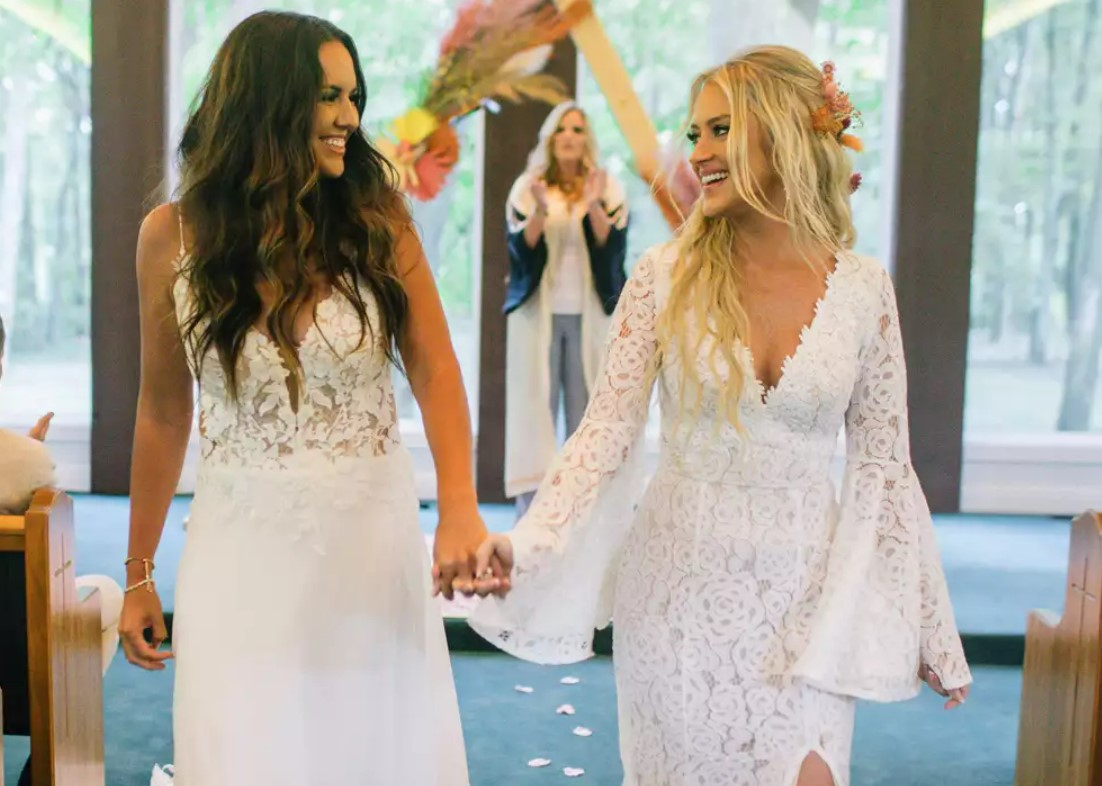 The ceremony took place at the Paradisus Playa del Carmen resort in Del Carmen, Mexico. The couple said their own vows on a bridge leading up to a beach. The wedding was officiated by their best friend and Nashville-based photographer Ford Fairchild.

“With our families living so far away from each other, they hadn’t had a lot of quality time with each other. We had to get legally married in the states prior to Mexico, so we knew a Nashville ceremony with our families would be the perfect way for our families to bond,” the couple told the media after the ceremony. 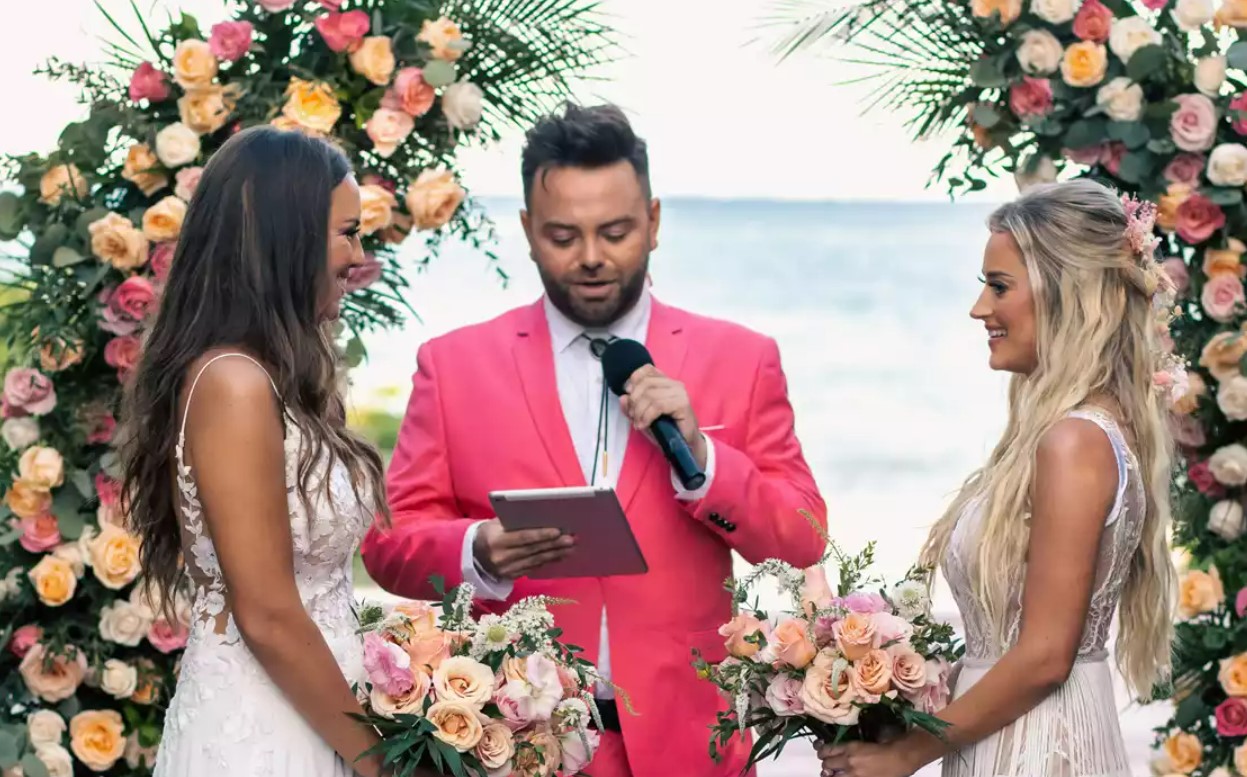 “It was the most amazing thing watching our families fall in love. Hilary’s nieces and nephew became best friends with Brooke’s niece, our flower girls and ring bearer, and so did the rest of our family. We’ve had so much support from family and friends that we really wanted to celebrate with everyone,” they continued.

The Couple Previously Tied the Knot on August 27

Eden and Hoover first got married in August in the presence of close family members. At the time, Garth Books also attended the ceremony and sang To Make You Feel My Love as both the brides walked down the aisle. His wife, Trisha Yearwood, served as the officiator. After the ceremony, the couple and the guests got on a party bus and hopped on several pubs.

Eden and Hoover now say they feel lucky to have celebrated another wedding with their close ones. “Mexico has been such an incredible experience. Most people made a weeklong vacation out of our wedding, so seeing people from all walks of our life mingle and become friends is very special to us. We feel so lucky,” the couple said.

Eden and Hoover Started Dating in 2015

The couple fell in love in 2015 when Hoover was working on Eden’s record label. The two now say that their connection was immediate. The singer came out in January 2021, and five months later, the couple made things official by proposing to each other. 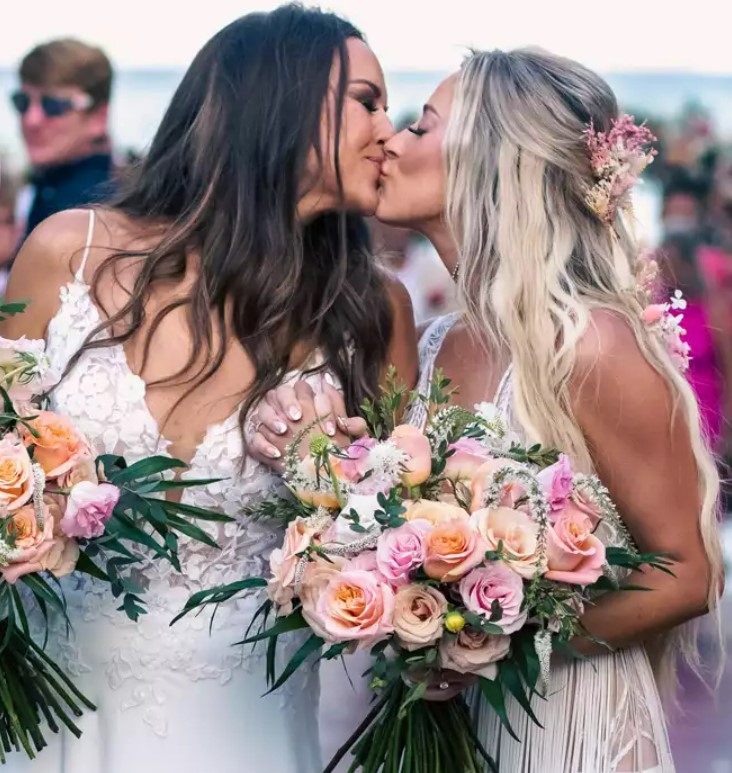 “We’ve lived together since three months in, we have a puppy and own three houses together. We knew from the very beginning this was it for both of us, but after coming out publicly last year, we knew we wanted to make it officially official,” the two said about their engagement.

Talking about their relationship, the love birds had said in an interview, “We support each other and always try to remember we’re on the same team. Even if we’re upset with each other, we always kiss each other good night. We worked so hard to be together, and we’re happier than we’ve ever been.”

We wish a lifetime of happiness to Brooke Eden and Hilary Hoover! Stay tuned for more news and updates.