Clerks III Is Here With A Trailer Claiming To Be “Real” 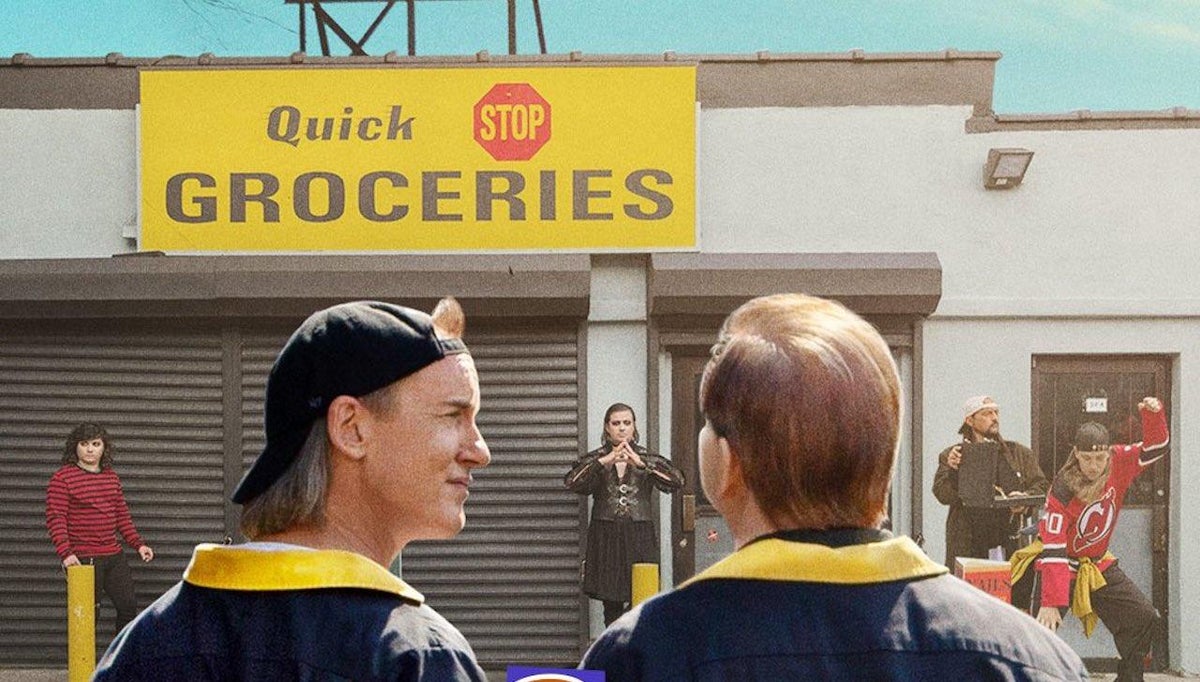 The film that gave laughter riots to people on stupidy. The film still holds up today, despite it being released over 20 years ago.

One of the most famous films by Kevin Smith. The film was so popular that it spawned two sequels and even a spin-off TV series. But Clerks is not just a movie; it’s a movement.

The first Clerks was released in 1994 and became an instant hit because it spoke to people like me. It was funny, crude and handled mature themes without being pretentious or pretentious at all. 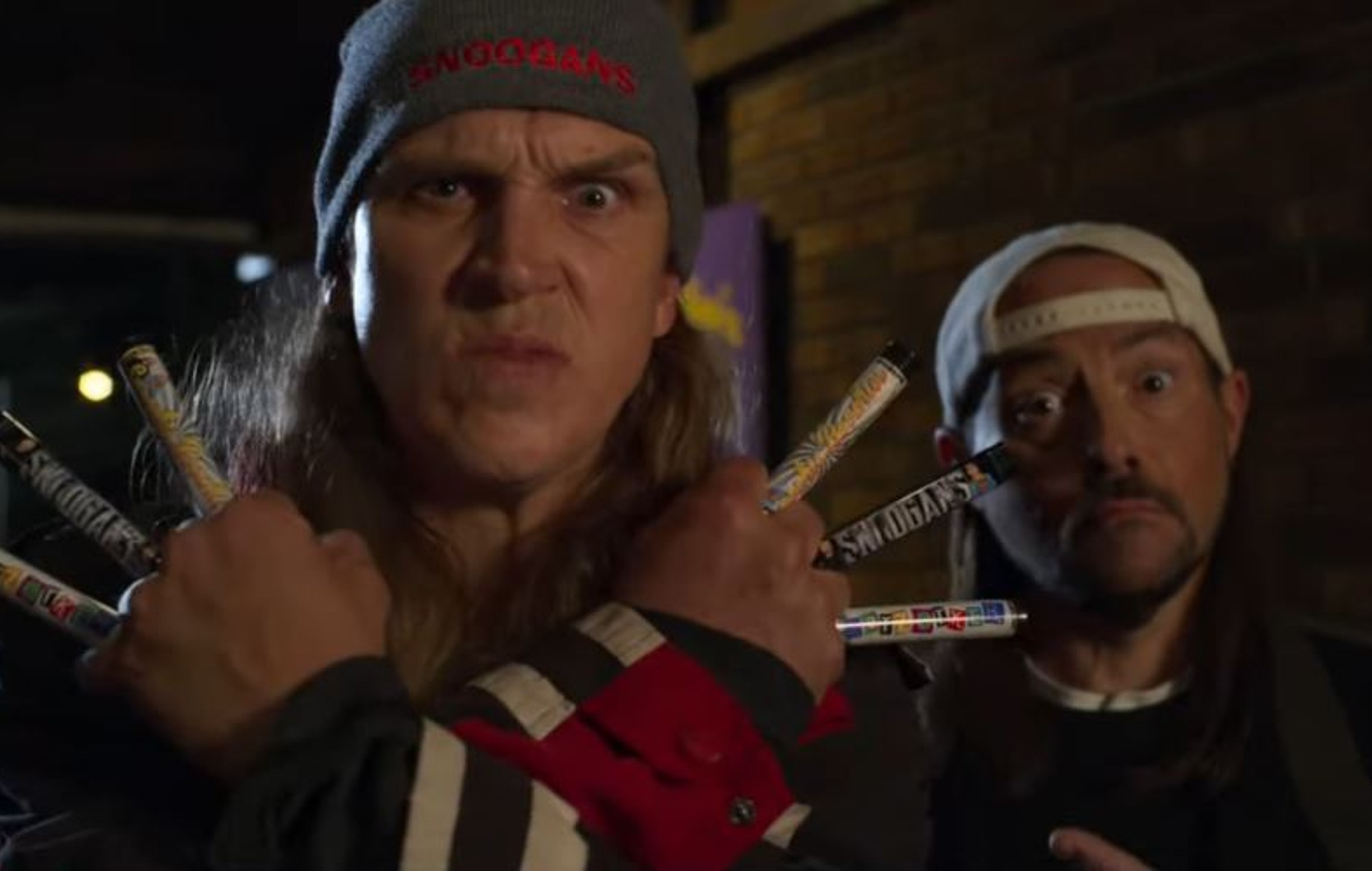 Now the film is here with a refreshing third take to take us on a ride of laughter and land us in their funny world. The upcoming Clerks III is here with a trailer. Check out this article to know more.

Clerks III Is Here With A Trailer Claiming To Be “Real”

Yes, the above mentioned tagline is what the trailer wants you to believe. Kevin Smith is back with his original comedy rocket preparing to shoot us this fall.

On behalf of all the Clerks fans, it is a huge relief to see a trailer doing justice to the franchise and not making a classic cult incarnation into a bad theatre experience.

The film spent more than years bringing the authentic Clerk touch to the 2022 film and the trailer is finally here to make our blood flow faster than ever.

Starting with the famous line “That’s how we did it in the 90s son”, The trailer for Clerks III is a perfect example of meta comedy in today’s age. 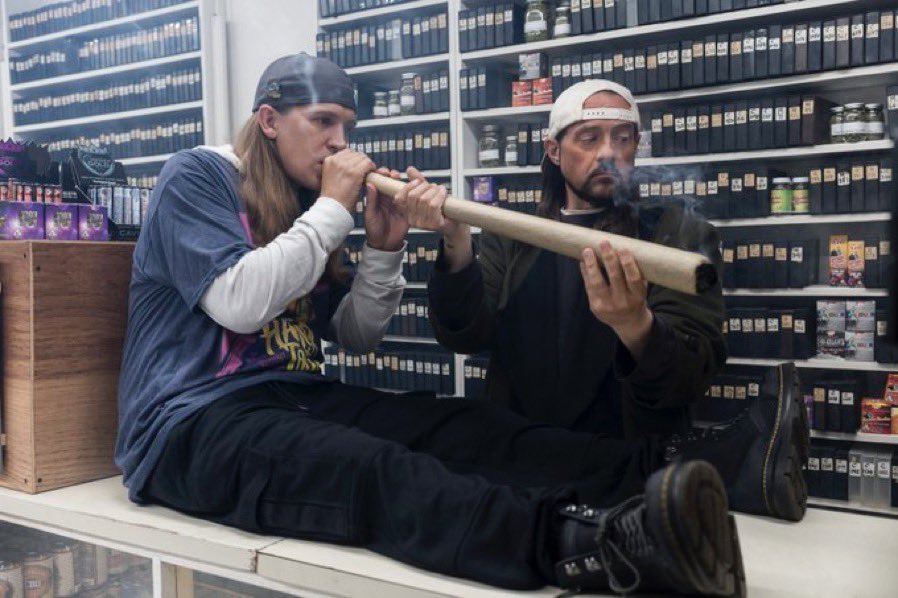 The upcoming comedy film can be seen as a self-referential comment on the artistic merit of movie sequels. After almost dying, Randal gets inspired to try his hand at making a film himself.

With a large hand in making his life dream about making a film on himself and his beloved store “Quick Stop Groceries” and some interesting cameos including Ben Affleck and Sarah Michelle Gellar. 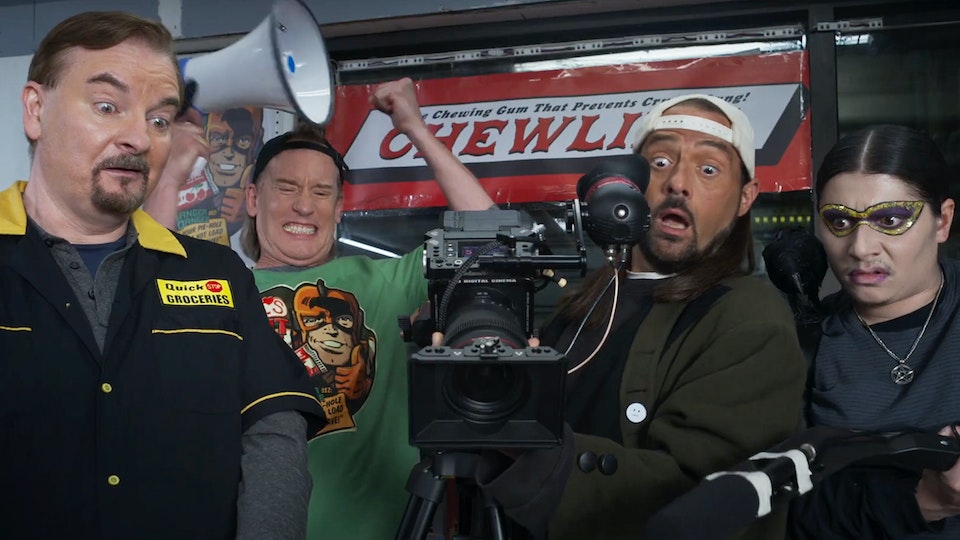 The film really hits the spot with the refreshing vibes and the original comedy touch. The trailer brings nostalgic energy which will be a treat for fans excited to see a new installment of the franchise in 2022.

So for all those bracing themselves to take work leaves and mark their calendars, Clerks III is ready to be shipped to your near theatre as the film is arriving on September 13th. 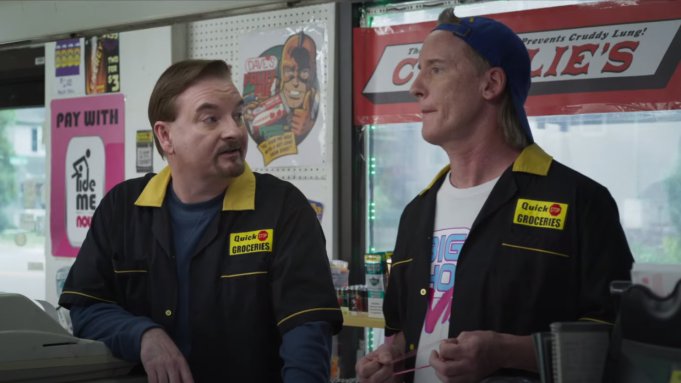 The premiere dates have been juggled a lot in the past year trying to find the perfect release date as shared by Kevin Smith, the film is finally a few days ahead and brewing with anticipations to be declared as the best comedy of 2022.

What Is The Plot For The Upcoming Film? 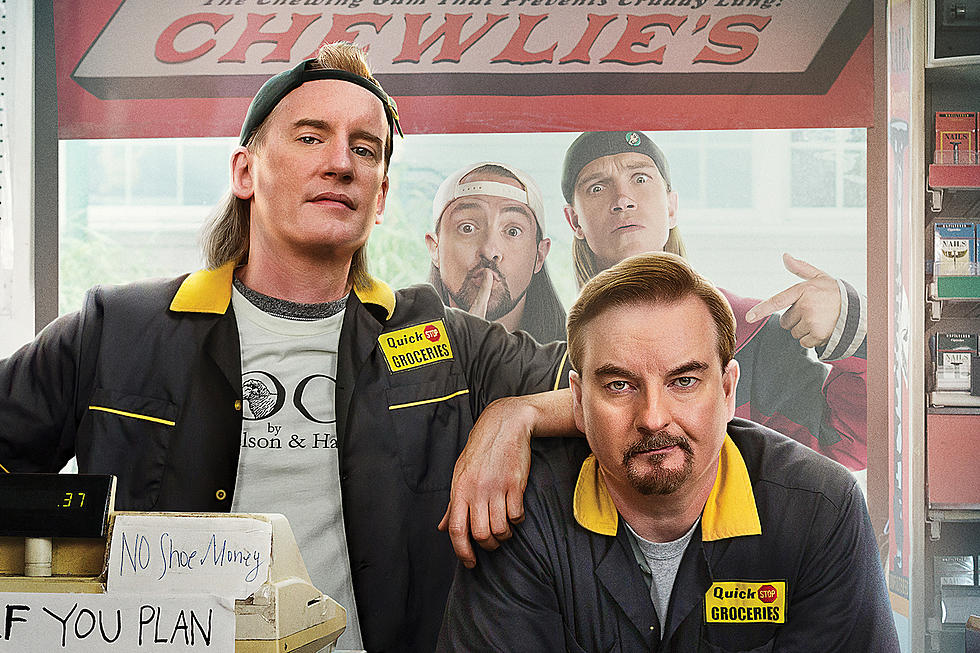 The first Clerks was released on March 28, 1994, to little fanfare. However, as soon as it was released, it became an instant hit with fans, who couldn’t get enough of Kevin Smith’s clever dialogue and his amazing sense of humour.

The film follows two employees at a convenience store known as The Quick Stop in New Jersey who works together to run the store while dealing with their personal lives.

Bringing back the old touch in 2022’s cinematic situation, the upcoming film will follow the crew of friends as they put together an epic movie and all the stoned antics that come with a View Askewniverse film. The references for this movie should satisfy any fan of Kevin Smith’s past films including some of the most iconic moments like Chewlie’s gum, rooftop hockey and the famous reminder on their grocery store’s register that says “if you want to shoplift, let them know”.

After the success of previous stoner comedies, it seems that Smith is bringing back the fun. There will most likely be him making fun of some of the characters he created and his writing genius. 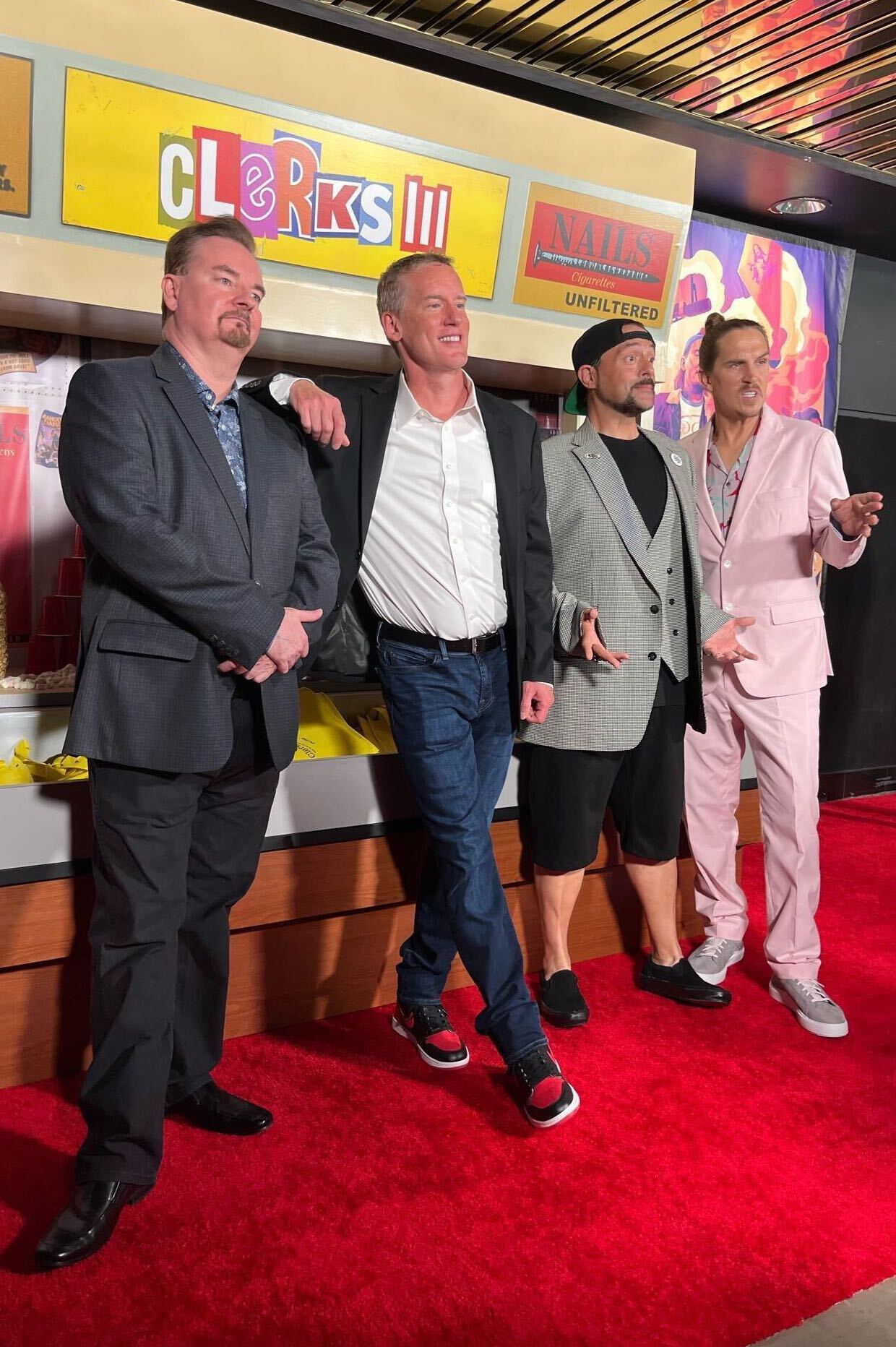 A big high five to Kevin Smith for bringing the cult classic just the way he wrote in the 90s. The upcoming film is bringing the best duo Randall played by Jeff Anderson and Brian O’Halloran as evergreen Dante.

One cannot think of watching a Clerks film if that does not include the famous Jay and Silent. We would also get to see our other favourite duo of Kevin Smith along with his partner in crime Jason Mewes.

Rosario Dawson who we saw in the previous Clerks II will also be appearing in the 2022 Clerks film as Becky Scott. She will be reprising her role of the adorable, Mooby’s-managing, vegetarian cool girl.

The upcoming film will also feature Trevor Fehrman as Elias, the religious, young Lord of the Rings fan- who has followed his older, cooler coworkers to Mooby’s who have taken jobs as clerks at Quick Stop.

As the trailer revealed, there are going to be a few fantastic guest appearances including Ben Affleck who seems to do a cameo in Randall’s film. 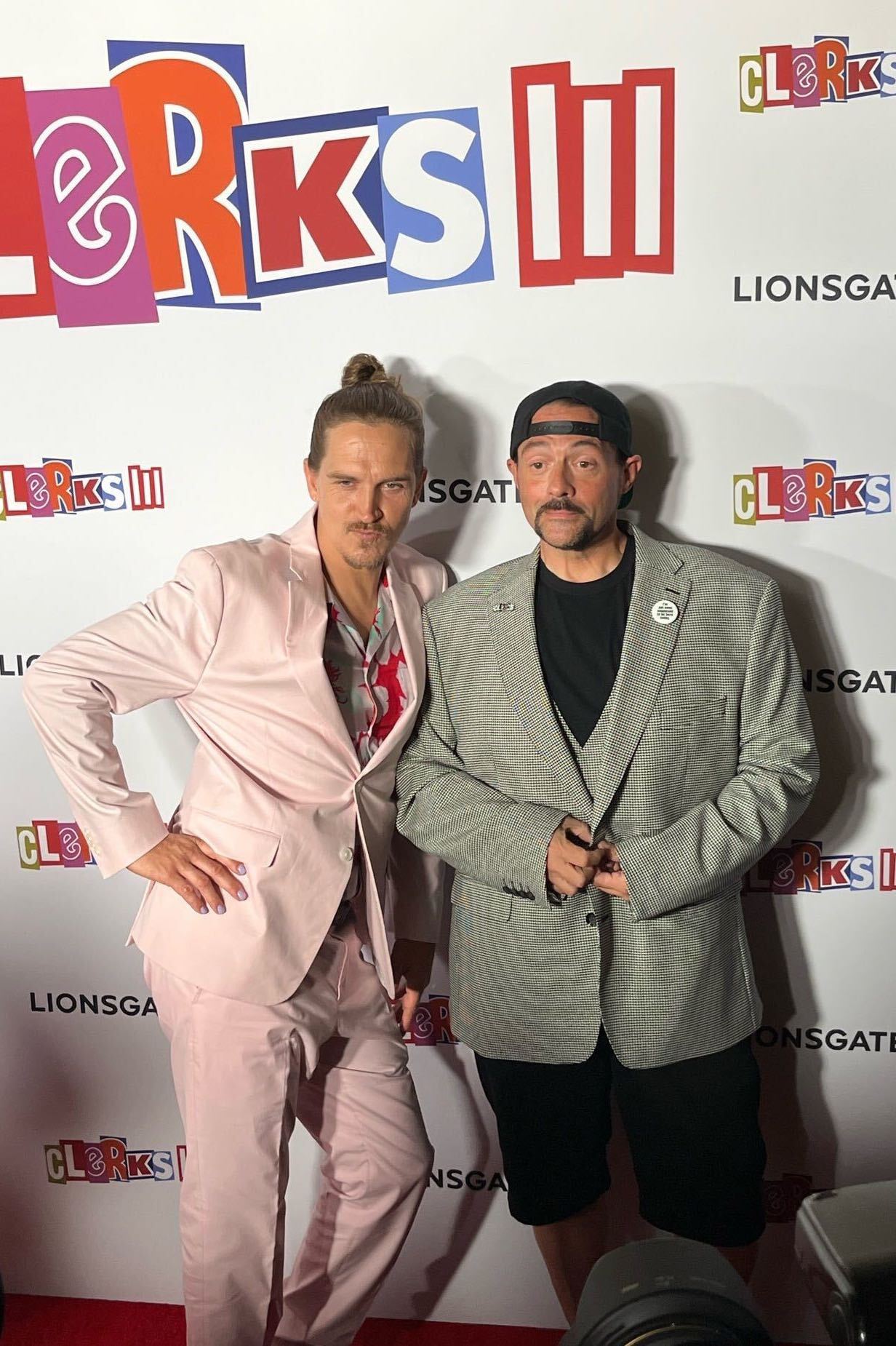 As the film is gearing for a release on September 13th the association with Lionsgate also reflecting a streaming option soon.