Nolan is a filmmaker who likes to take his time. It’s not that he takes forever to make a movie, but instead that he has a powerful vision for what he wants to do and how he wants to do it.

He also tends to choose projects that require him to stretch himself creatively and just see what happens when you put him in the driver’s seat. So when Nolan comes knocking on your door with a new movie idea, you sit up and pay attention. 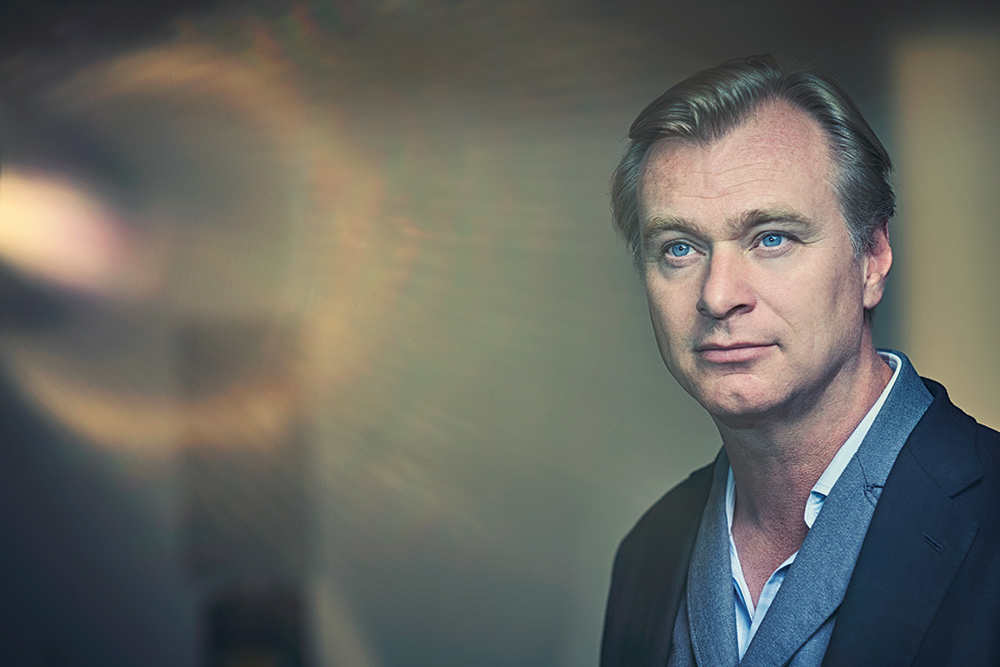 This is true whether or not you are a fan of his work or not. The man is an incredibly talented director and filmmaker with a strong vision for his work and he will not let anything stand in his way if he believes it can be done better than anyone else.

That will be the case for his upcoming masterpiece “Oppenheimer”. The director has pt up a stellar cast for the film including some of the most influential actors in the industry.

When we last saw a teaser from Tenet at the screening of his Hobbs & Shaw, fans were pretty shaken by that move. Nolan has kept that attitude for most of his films.

And now, we have some huge updates that would make you go crazy waiting for the big gift. Check out this article to know everything about Oppenheimer.

Christopher Nolan’s Oppenheimer Is Here With Its First Look 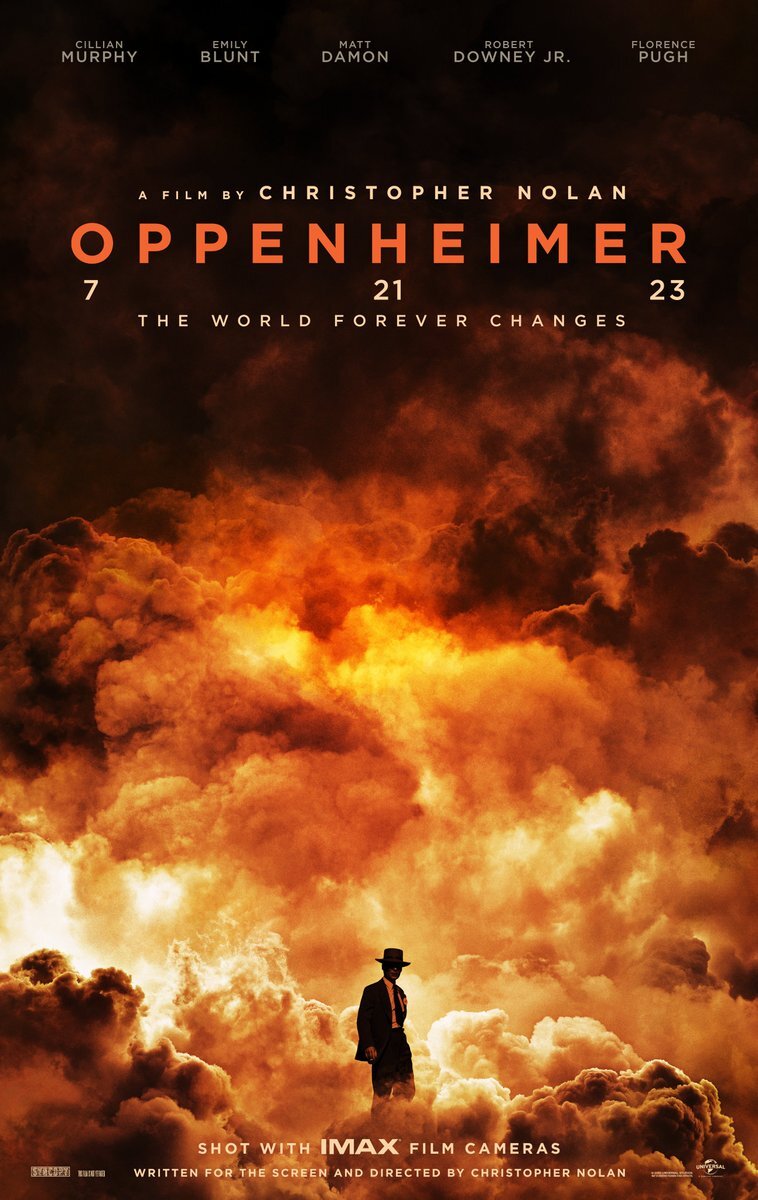 The master of complex yet thrilling cinema is here with his latest masterpiece finally. The official poster of Oppenheimer has been released and the internet is going gaga over the fact that the film is bringing together such incredible actors.

The first poster of the upcoming biopic features our favourite Shelby from the Peaky Blinders, Cillian Murphy. You can clearly see him dominating the entire space with his phenomenal presence and aura.

I think fans have gotten used to the habit of seeing Cillian with hats which makes him even more desirable. You can see in the poster that he is rocking a dapper hat surrounded by the sand clouds around him.

The tagline on the poster reads “The world forever changes” signifying Nolan’s ability and excellence in changing one’s perspective after every single film. We know how tiring yet thrilling is to wait for every Nolan film that he deliberately gives us a glimpse of at the end of each film.

The pressure and patience are what somehow manages to keep us playing by the cards and not anticipate anything before it actually happens.

A few days after Universal Studios announced that it will be distributing the director’s new films, they announced the premiere date for the theatrical release on July 21st, 2023.

Oppenheimer will be exclusively available at all theatres including the ones with standard formats. Oppenheimer is going to be the first film for Director Nolan to not be distributed by the network Warner Bros. 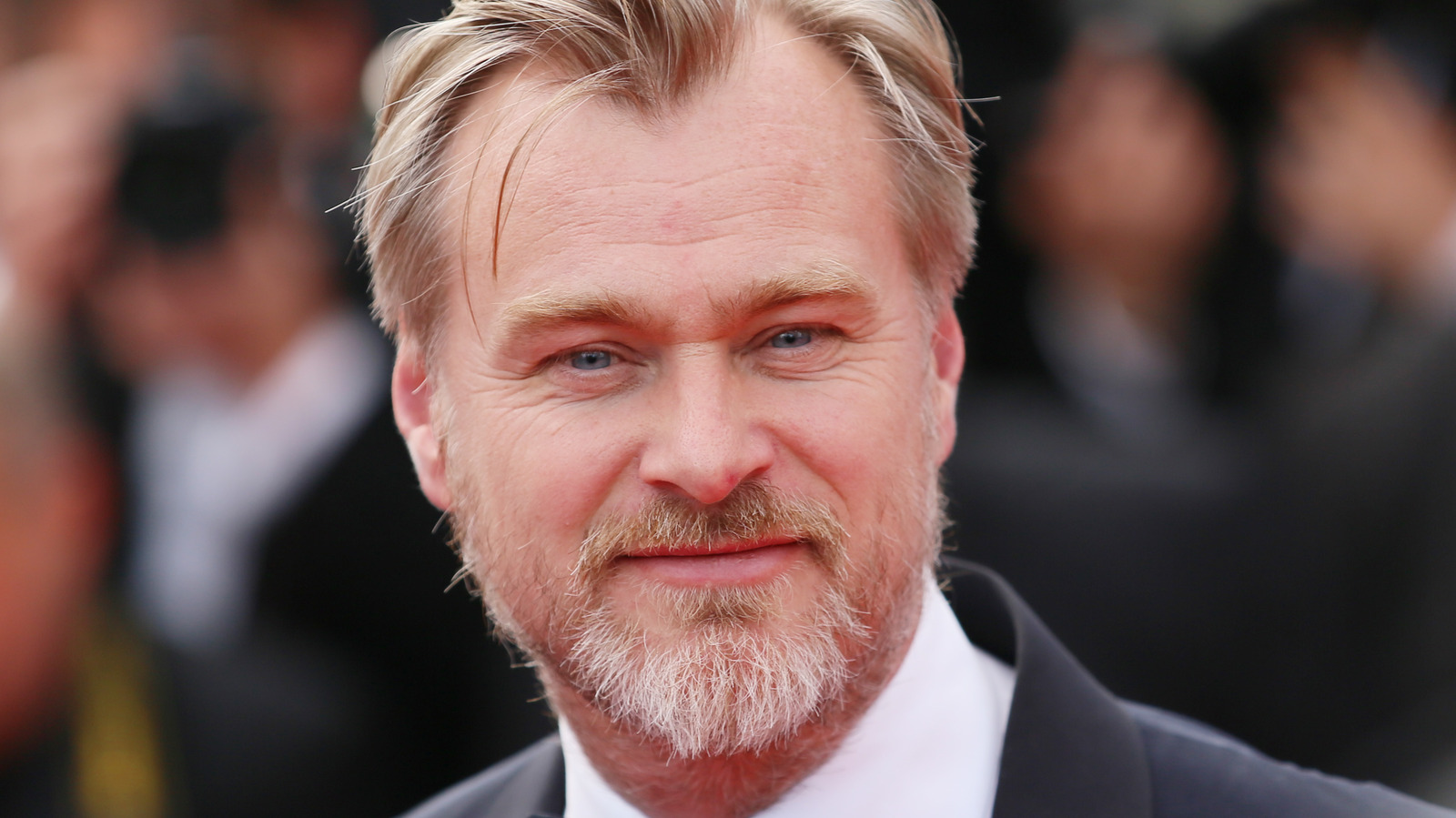 It was reported in September 2021 that Nolan has parted ways with the network following a big fight regarding their last collaboration “Tenet”.

Despite the huge argument about the future of celluloid film, Nolan has been one of the most vocal proponents of preserving it.

Virtually all of his movies were shot using celluloid and he’s even mentioned how he prefers them to digital media because they’re more democratic. Probably, one of the reasons, the director decided to depart the network.

Oppenheimer: What is it about? 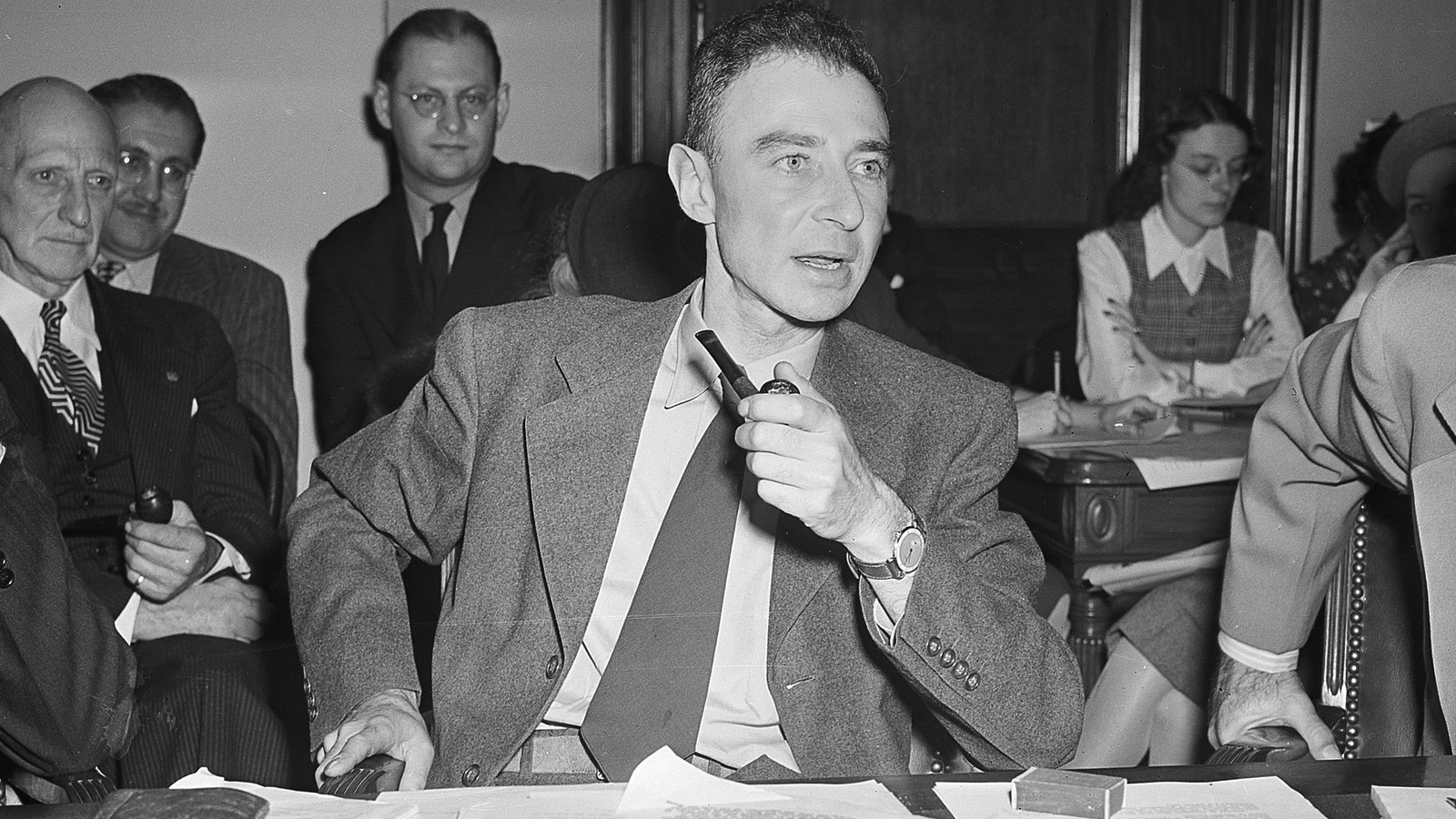 Christopher Nolan is undoubtedly the favourite director of each filmmaker. The man single handedly changes the cinema movement with each of his films and this one is no exception.

Nolan announced some time back that his upcoming film will slightly change the taste of his filmography. Oppenheimer is an adaptation of the American book Prometheus: The Triumph and Tragedy of J. Robert Oppenheimer.

The globally recognised book is being adapted into an epic thriller that will take the audience on an electrifying, paradoxical journey filled with mystery where the protagonist is on the verge of destroying the world in order to save the world. It would be difficult to call J. Robert Oppenheimer is anything other than one of the most influential people in human history. And yet, for some reason, he might not be a household name to everyone.

He was a physicist from the University of California, Berkley. In the 1940s, he became the head of Los Alamos Laboratory which was working on a weapon that would change World War II and human history as well.

It’s a bit tricky to decide how much of the Manhattan Project would be covered in this film but Oppenheimer is known as the father of the atomic bomb, so, let’s just say we will be getting a lot of inner knowledge. 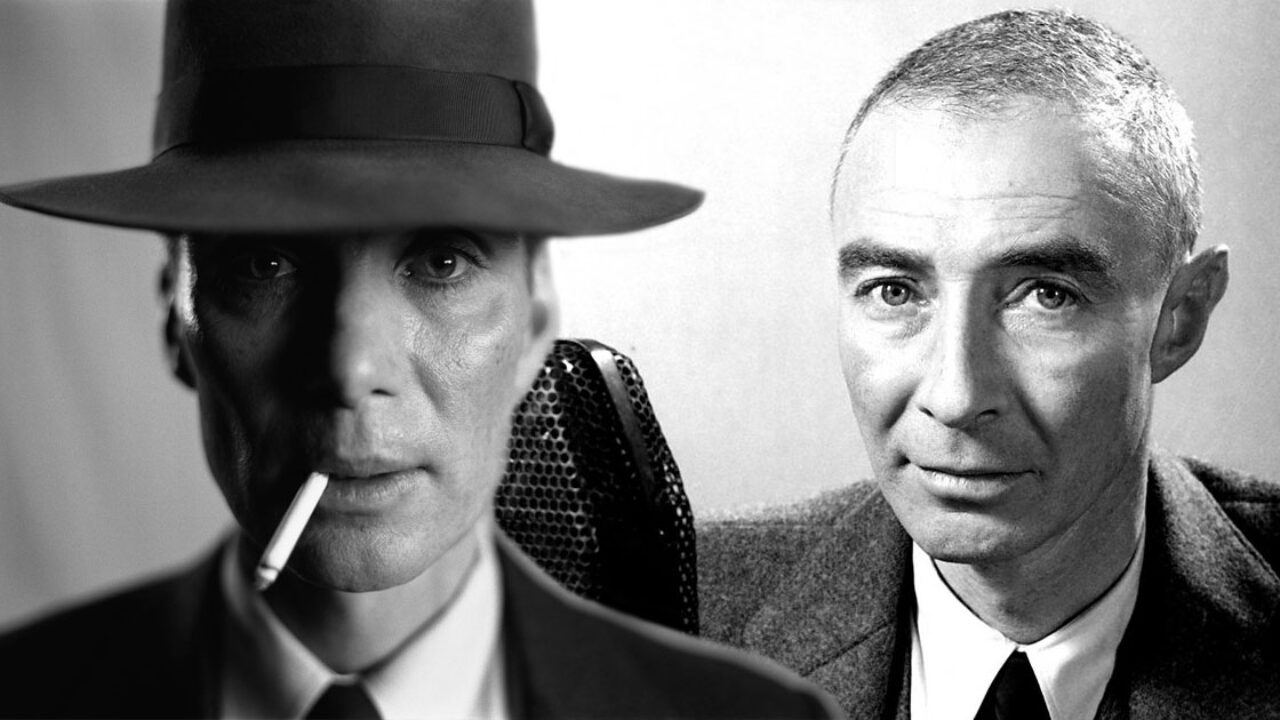 Aside from the dream boy Cillian Murphy who has marked his impression in the first poster of the film, we would be seeing some incredible actors working together on Nolan’s next.

Right from Emily Blunt who is teaming up with Murphy after year. She will be playing Katherine Oppenheimer, Robert’s wife. Matt Damon will portray the role of Lieutenant General Leslie Groves.

Robert Downey Jr. will play a slight grey character in the film as he will be playing the role of Lewis Stauss who was in a constant rage with Oppenheimer regarding the development and production of the hydrogen bombs at that time.

Florence Pugh will play Jean Tatlock, a communist from the 1940s. Oppenheimer was embroiled in a number of connections with communists, and Tatlock was one of them. Their affair sparked off and on for years. 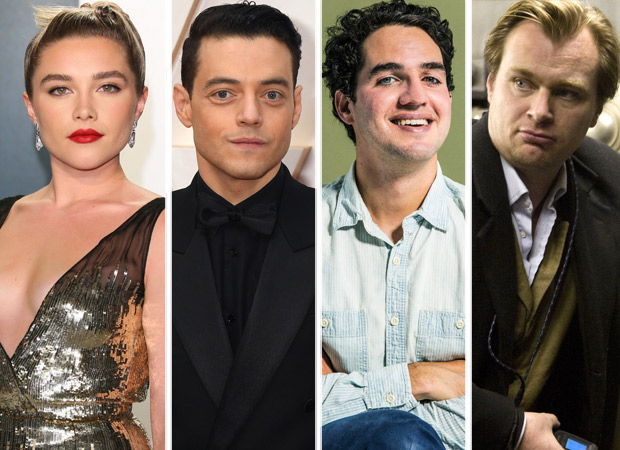 There has been some stellar addition to the cast including Rami Malek as Scientist, Kenneth Branagh, Gary Oldman, and Casey Affleck.

Some most recent additions to the film include Jack Quaid from The Boys and David Dastmalchian as the supporting cast.

With a huge number of talented actors in this movie, the cast will probably have more screen time than others. However, it’s just speculation and it depends on how long the film is going to be in general.

The screenplay and direction of the film are obviously by the master Christopher Nolan who is also producing the film with Emma Thomas and Charles Roven.

The film is going to release on July 21st, 2023 in theatres. Until then, check this space for more updates.