My baby’s name is going to be “with the letter my boobs stop growing at,” is what an excited Chrissy Teigen joked as she shared her recent Instagram photo. The American model, married to John Legend, rocked a colourful dress in the social media upload and received ideas from several of her celeb pals in the comments section. Read on to know all about it. Looking At A G, Maybe H For My Baby…

Chrissy Teigen and John Legend cannot be happier after her the news of her pregnancy, especially after she underwent a pregnancy loss previously. In her recent upload, Chrissy shared some sexy mirror selfies in a colourful dress and joked: “will name my baby with the letter my boobs stop growing at. looking like a g, maybe h.”

The Cravings author, 36, joked that she wants to name her baby after her pregnancy bra size. Well, her celebrity pals were all set to provide their suggestions in the comment section. We still love ‘Hank,’” Brooklyn Decker wrote, referencing her own 6-year-old son’s moniker. “Hear me out… Quin or Quincy,” comedian Chris Klemens suggested. One social media user called Teigen’s idea “the next big trend,” while another wrote, “Lol. May the best letter win.” One fan joked, “Aww we have a Hudson 💙 if we had anymore Hunter would have been up next. 🤣”

The “Chrissy’s Court” star shares two children: daughter, Luna (6) and son, Miles (4) with her husband John Legend. Earlier this month, the power couple made the news of their pregnancy public and mentioned that their rainbow baby is on the way nearly two years after Teigen suffered a heart-breaking pregnancy loss. FYI, they named their late son Jack.

In an Instagram post, Chrissy Teigen showed off her baby bump and penned down an emotional note. She mentioned that the last few years have been a blur of emotions, but joy has once again filled their home and hearts again.

She continued, “1 billion shots later (in the leg lately, as u can see!) we have another on the way. Every appointment I’ve said to myself, “ok if it’s healthy today I’ll announce” but then I breathe a sigh of relief to hear a heartbeat and decide I’m just too nervous still.”

Teigen concluded by stating that everything about her pregnancy is perfect and beautiful and she feels hopeful. The model revealed that the pregnancy came after undergoing in-vitro fertilization (IVF). She admitted that she had fears about the pregnancy, especially after losing her third child in September 2020. 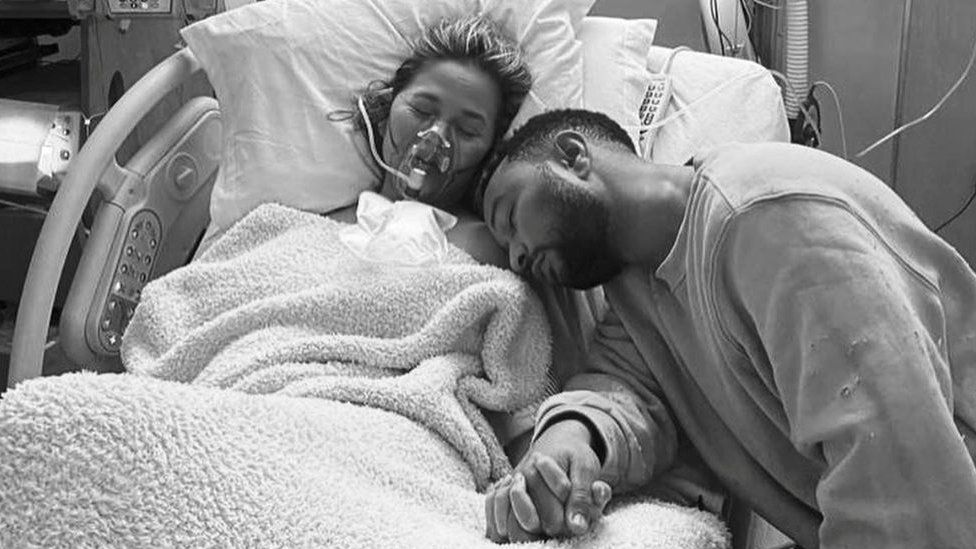 Teigen is still recovering from the death of her third child, but this pregnancy has given her a lot of hope. Previously, she said that she will never be pregnant again following the loss of Jack. But here she is! Filled with hope and love once again. Teigen and John are currently vacationing in Italy with their children. We wish the adorable couple all the luck in the world.