This year, Chris Brown will not be performing at the American Music Awards, as the artist has confirmed this week that he won’t be attending.

At the last minute, the R&B superstar has canceled his performance at Sunday’s American Music Awards, which was set to take place at the Music City Center in Los Angeles. The reason for the cancellation is as yet unknown. 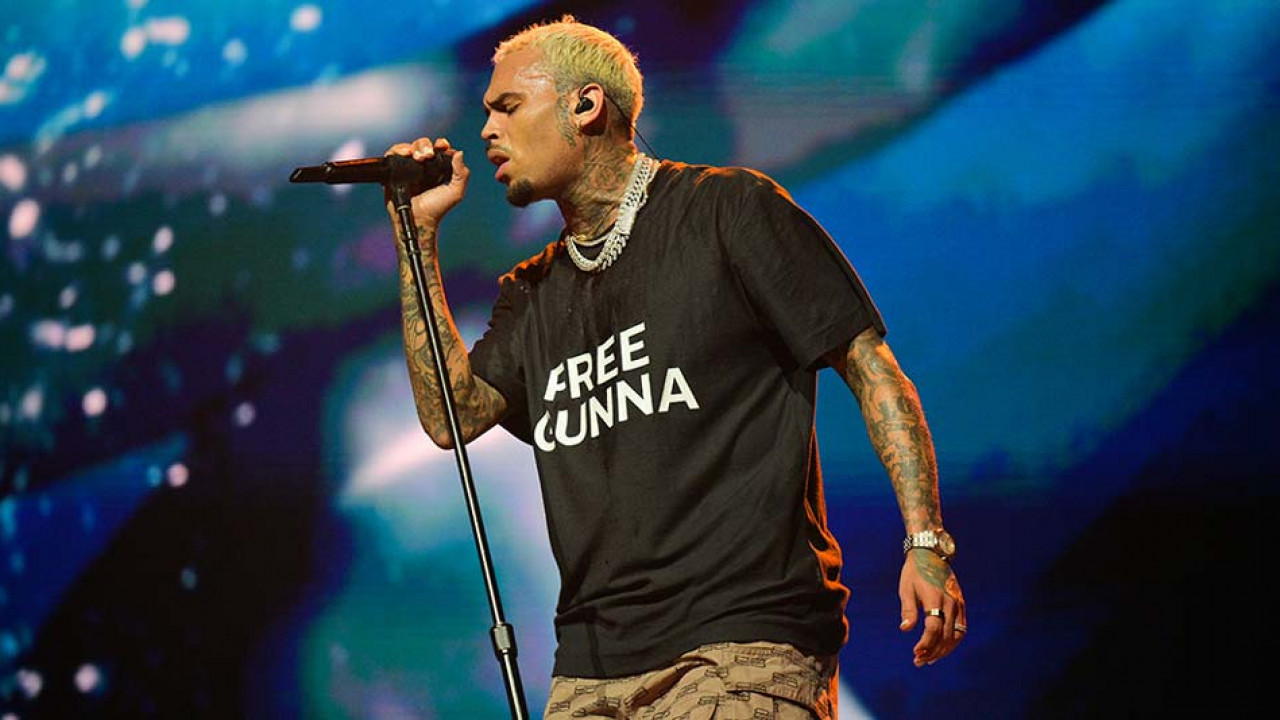 There Will Be No Stage Appearances From Him

It has been announced that Chris Brown will not perform at the American Music Awards in 2022 as he had previously promised. So the first thing Chris did on Saturday morning was to post a video of his intended performance for his AMA. The video was 7 minutes long. The video begins with the choreography of him and two female dancers performing his single “Under The Influence.”

However, it is only through Instagram that fans can see the performance, no matter how good it is. According to Chris, the AMA’s canceled his performance for an undisclosed reason in the post’s comments section. “Would’ve been the ama performance, but they canceled me for reasons unknown,” wrote the singer on her Instagram account. 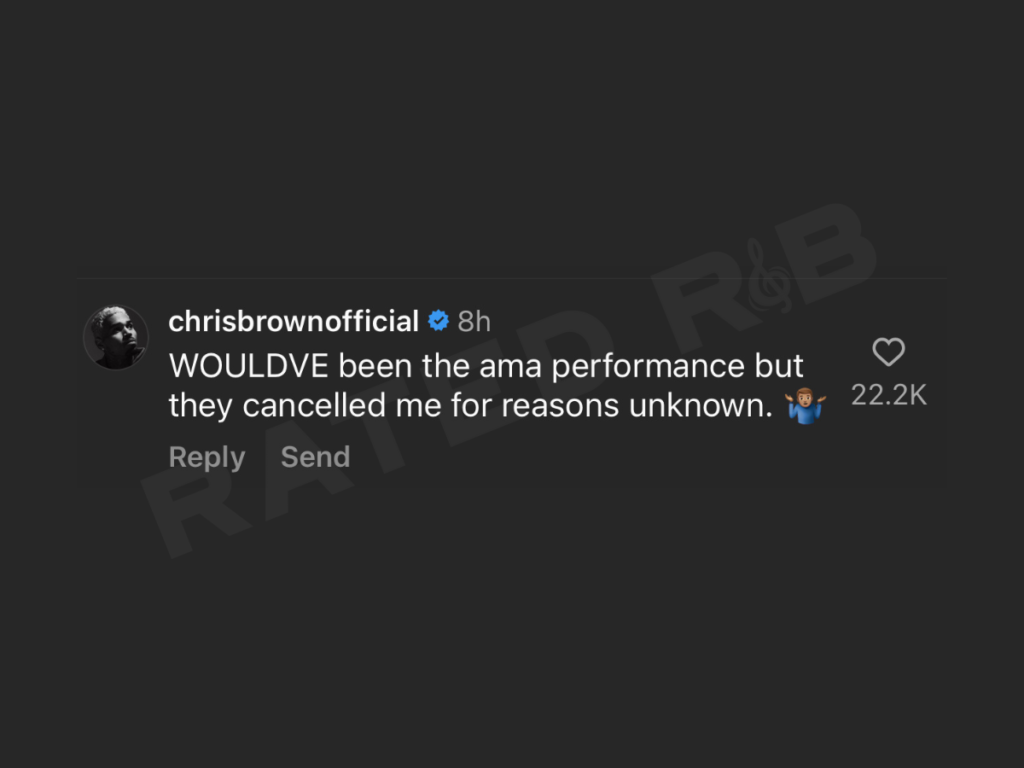 Chris’s daughter Royalty’s mother, Nia Guzman, chimed in with a few encouraging words for Chris’s father, giving her baby the support she needed. “F*ck them…you the! The! All the hard work and dedication you gave this last week were remarkable. Your children are proud,” said Guzman with a proud.

Yesterday Sony Music and the Estate of Michael Jackson released Thriller 40 in celebration of the 40th anniversary of the iconic album by MJ. It includes a second disc full of surprises for fans, including never-released tracks that Michael worked on for the Thriller album.

The American Music Awards will be broadcast live this Sunday on ABC. It will be interesting to see if Chris Brown’s tribute to MJ is canceled and who will be honoring the late legend. When Chris Brown was asked to respond to comparisons with Michael Jackson in an interview earlier this year, some were even calling him better than MJ. Chris Brown, humbled, stated that he stays out of comparisons.

In his words, he said, “I stay the hell out of it. Like, I kinda back off it. I wouldn’t be breathing or even being able to sing a song if that man didn’t exist.. He’s light years ahead, way ahead ..there is no competing with him”

According To Some, The Singer Hasn’t Grown Because Of His Past

Many people have long believed their past Chris to be why he has not been able to rise to higher levels in his career. Earlier this week, there was an interview with Akon in which he mentioned that if Chris had not had gang ties around him, he might have risen to Michael Jackson status. 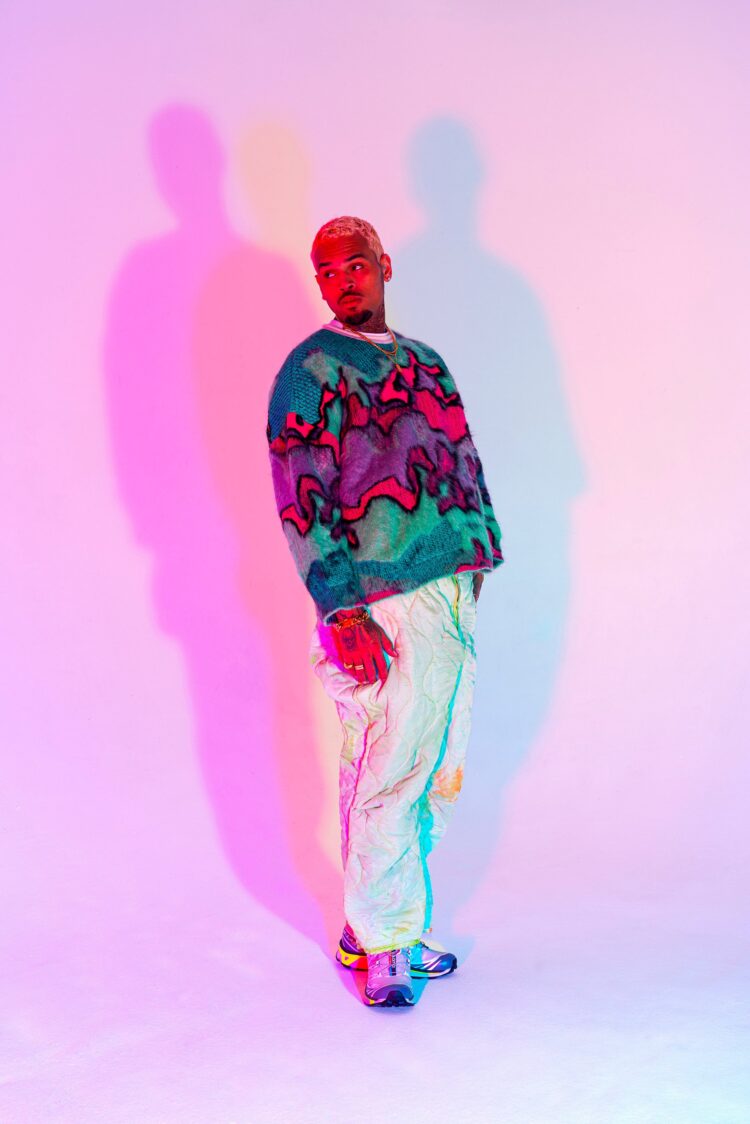 “I believe that Chris Brown wasn’t surrounded by the circle of creative people that Mike was surrounded by. Because Chris got the talent, he just needed the direction,” Akon told reporters in an interview. “Imagine if Chris had Mike’s team? Just imagine that. It would be something different. But Chris, he got Blood around him and little gangbangers around him. He doesn’t have guidance. He’s smart, but he’s smart according to what this generation’s ‘smart’ attracts.”

As far as the fans are concerned, this was not good news since they might have eagerly anticipated his performance at the AMA. While we wait for an explanation, let’s look at the video shared by the rapper. Stay tuned with us for more celebrity gossip.