Back in the day, Rihanna and Chris Brown were one the most popular couples in Hollywood. Keep scrolling to catch deep insights about their relationship from their first meeting to the tragic end of their whirlwind romance. When did Rihanna meet Chris Brown?

The Love The Way You Lie singer met Chris for the first time in the year 2005. These two crossed paths at Met Circa in 2005 however they did not start dating until 2007. At the time, they were just teenagers who made it big in the world of music at a young age.

During the same year, Queen RiRi and Chris were also snapped backstage at the Z-100 Jingle Ball held at Madison Square Garden in December. From that day on, the paths of these two singers kept meeting at one point or another. Rihanna and Chris Brown worked together on a song in 2008

The romance rumors of the Fenty Beauty founder and the Loyal rapper began going around in circles in 2008. Their on-stage chemistry was so hot that it could put the stage on fire.

Soon afterward, Rihanna dropped a song named Umbrella which was the lead single on her album Good Girl Gone Bad, and the track earned her a Grammy Award. She and Chris collaborated on the remix of the song. Chris recorded an ‘answer song’ titled Cinderella in which he replaced some of the lyrics, set to the same beat. It was the pair’s first collab ever and he even joined her on the stage during her tour in Asia to perform the remixed version live. It was confirmed in 2008 that the two of them were dating.

As per the reports, the pair decided to arrive at the Grammys 2008 separately even though they were dating then and they were photographed getting cozy at the event. Two days after, Chris sang on the occasion of Rihanna’s 21st birthday and it is believed he ended the song with a kiss. Everything was going well for these lovebirds but things turned upside down in 2009.

Chris Brown got arrested for assaulting Rihanna in 2009

The Look At Me Now singer and Rihanna were supposed to perform together at the Grammys 2009 but on the day of the award show, it was announced that the pair will not be taking over the stage. It was revealed that Chris brutally beat up Rihanna the night before the award ceremony.

Chris busted Rihanna’s lip and left her with black eyes and many bruises. When the pictures of Rihanna surfaced on the internet, our hearts literally sank after taking a look at them. In the photos, the Needed Me singer could be seen in a hospital bed with a bruised and bloody face post the verbal and physical fights between the couple. 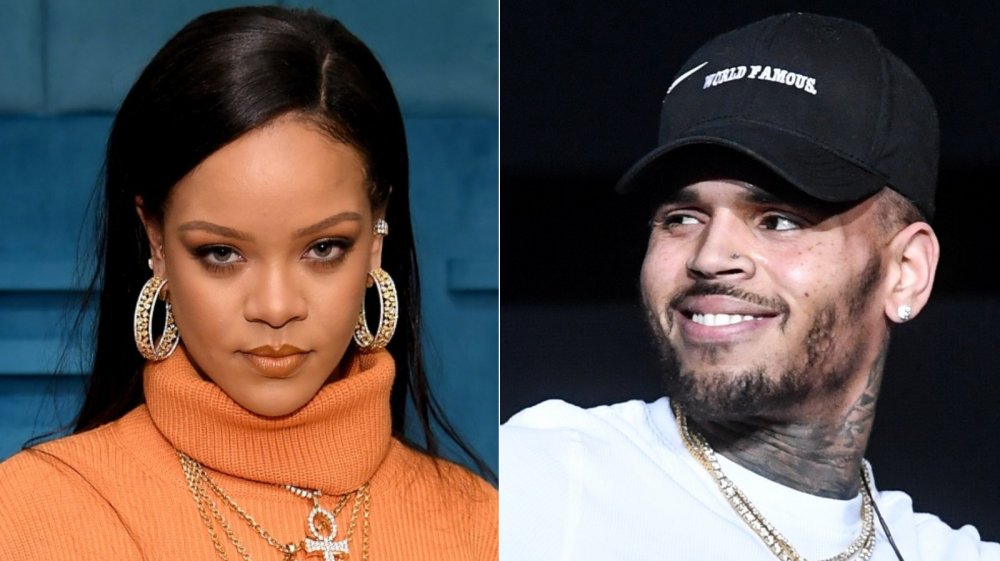 Soon afterward, Chris was arrested by the police authorities and he was charged with felony battery. Their case started in court in the midst of 2009 and at the end of the case, Chris was found guilty to the charges and was sentenced to five years of probation along with community service and domestic violence counseling.

On the other hand, Rihanna also filed for a restraining order, as per which Chris was not allowed to stay within 50 yards of her. Their relationship hit the rock bottom and it shocked people all over the world.

What did Rihanna have to say about the whole incident?

In 2009, the Diamonds singer talked about her relationship with Chris and the entire incident that took place in an interview with Vanity Fair. At the time, she said, “Well, I just never understood that, like how the victim gets punished over and over. It’s in the past, and I don’t want to say, ‘Get over it,’ because it’s a very serious thing that is still relevant; it’s still real.” Rihanna further added, “A lot of women, a lot of young girls, are still going through it. A lot of young boys too. It’s not a subject to sweep under the rug, so I can’t just dismiss it like it wasn’t anything, or I don’t take it seriously.”

The rock star went on to say, “But, for me, and anyone who’s been a victim of domestic abuse, nobody wants to even remember it. Nobody even wants to admit it. So to talk about it and say it once, much less 200 times, is like… I have to be punished for it? It didn’t sit well with me.” In a 2009 interview, the Barbadian singer said, “I was that girl who felt that, as much pain as this relationship is, maybe some people are built stronger than others. Maybe I’m one of those people built to handle [things] like this.”

Queen RiRi added, “Maybe I’m the person who’s almost the guardian angel to this person, to be there when they’re not strong enough, when they’re not understanding the world, when they just need someone to encourage them in a positive way and say the right thing.” 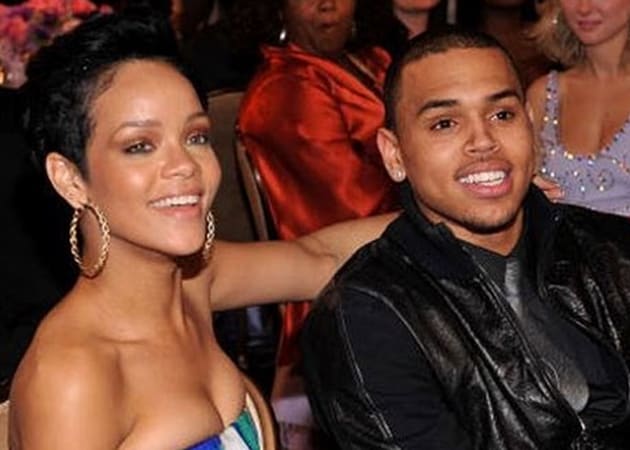 The We Found Love singer continued, “You want the best for them, but if you remind them of their failures, or if you remind them of bad moments in their life, or even if you say I’m willing to put up with something, they think less of you – because they know you don’t deserve what they’re going to give.”

Rihanna concluded by saying, “And if you put up with it, maybe you are agreeing that you [deserve] this, and that’s when I finally had to say, ‘Uh-oh, I was stupid thinking I was built for this.’ Sometimes you just have to walk away.”

Chris Brown’s side of the story

In his June 2017 documentary titled Welcome To My Life, Chris put some light on what led to their 2009 fight. He said, “My trust was totally lost with her, she hated me after that. I tried everything, she didn’t care. She just didn’t trust me after that.” He further added, “From there, it just went downhill because there were too many verbal fights, physical fights as well. Mutual sides. It is the first time I get to say anything. We would fight each other. She would hit me, I would hit her and it never was OK.”

Rihanna and Chris reconciled their romance in 2012

Chris was sentenced to a total of five years of probation after the physical assault case got legal and got everyone’s attention too. But things took a turn in the year 2012 when the couple got back together and Rihanna thought that she could change him and make him a better person.

This came like a big shock to all the Rihanna fans. In 2012, during an episode of Oprah’s SuperSoul Conversations, the Dancing in the Dark singer discussed her and Chris’ relationship with host Oprah Winfrey. At the time, Rihanna confessed and she said that Chris was her true love and said that she considers him the “love of [her] life.” She further added, “We’ve built a trust again, and that’s it. We love each other and we probably always will. That’s not anything that we’re going to try to change. That’s not something you can shut off if you’ve ever been in love.”

The Bitch Better Have My Money singer also revealed that she had taken back the restraining order and she had forgiven him. She continued, “It took me a long time. I was angry for a long time. I was resentful, I held a grudge. I was dark. I was angry. It was coming out in my music and my clothes and my attitude. I didn’t like that feeling. It was heavy.” 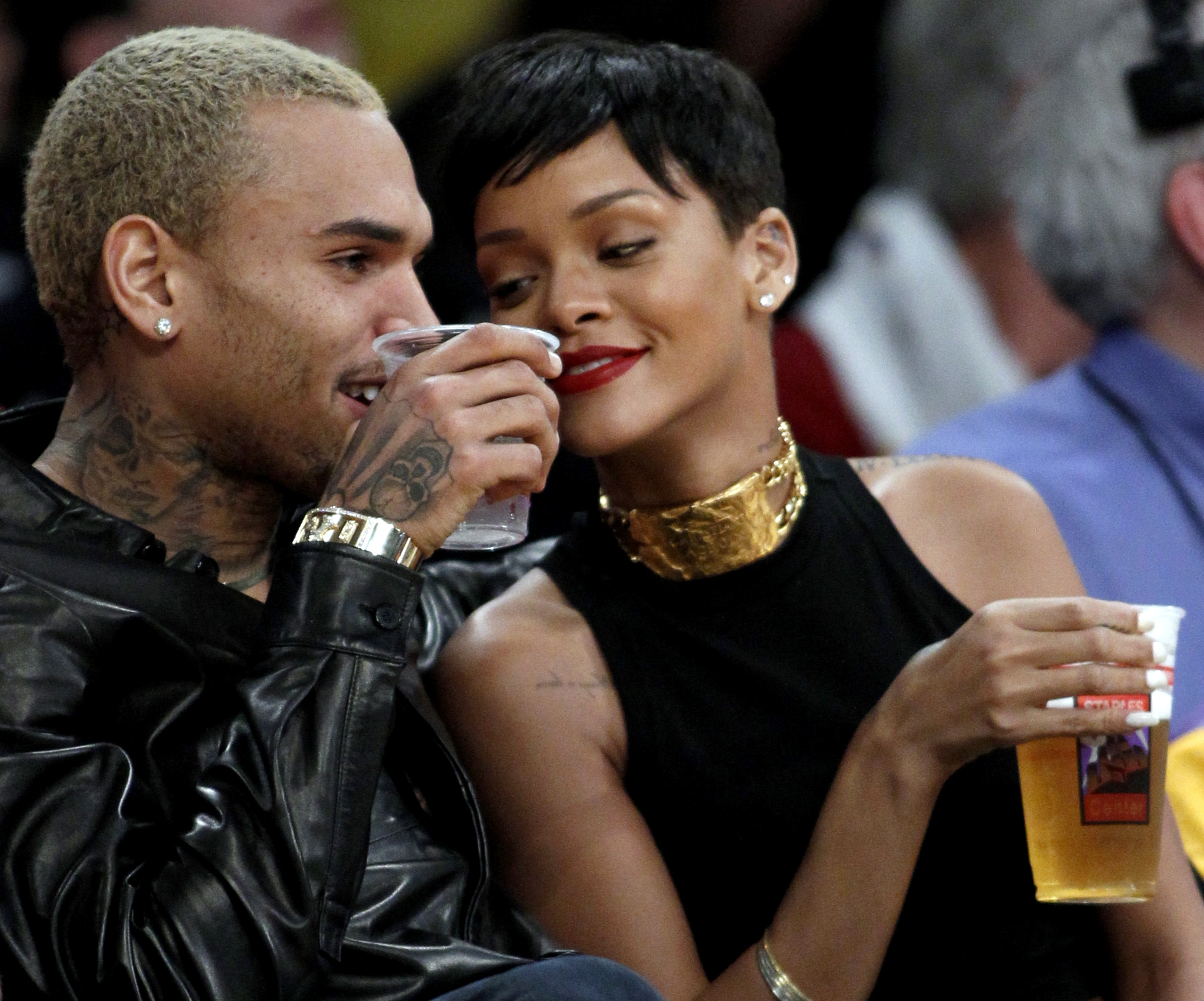 When the couple got back together, they were spotted out and about in public together sitting courtside at basketball games and getting cozy on vacations together.

Rihanna and Chris broke up in 2013

The pair split up in 2013. Chris confirmed the news of their breakup and he spoke about the same during a radio interview with the Kyle and Jackie Show in Australia. He said,  “I mean, at the end of the day, shawty doing her own thang, she on the road. It’s always gonna be love. I’m a grown man, just gotta fast forward.” Not long ago, Chris Brown took to his Instagram to wish his ex-girlfriend Rihanna congratulations as she welcomed her first baby with A$AP Rocky. He offered his congrats to Rihanna on Thursday post the news came out that she had given birth.

The R&B singer simply wrote, “Congratulations” on his Instagram Story. Even though he didn’t tag Rihanna in the story. He just dropped an emoji of a pregnant woman, a heart, and prayer hands. We are happy to see that Rihanna has moved on in her life and she has finally found someone who loves her the way she deserves to be loved. She recently welcomed her first child, a son with her beau A$AP Rocky. Sending lots of love and happiness to their little bundle of joy. Don’t forget to stay tuned with us for more updates from the world of showbiz.