Check out the Matching Tattoos of Selena Gomez and Cara Delevingne

BFFs Selena Gomez and Cara Delevingne are celebrating their friendship by getting inked matching tattoos. 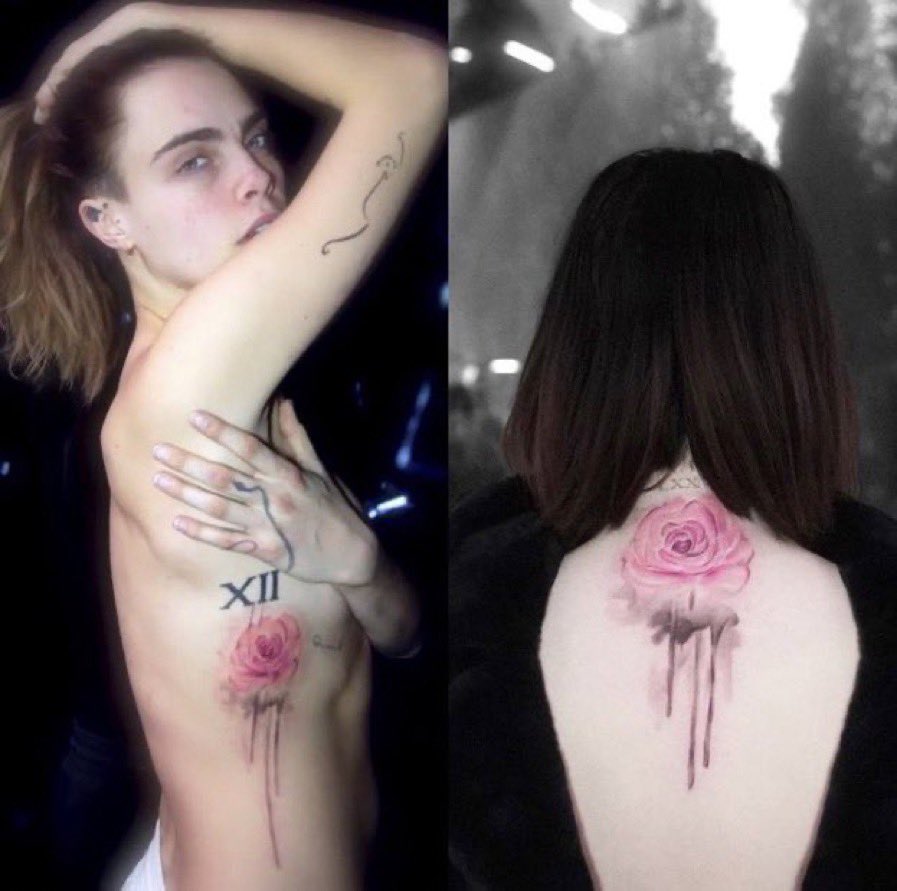 The celebrity tattoo artist Bang Bang revealed his latest creativity to fans by sharing the look of the new tattoo he made on the back of the American actress and singer Selena Gomez.

In the picture shared by Bang Bang, we can see the tattoo of a watercolor pink rose dripping with black and red. 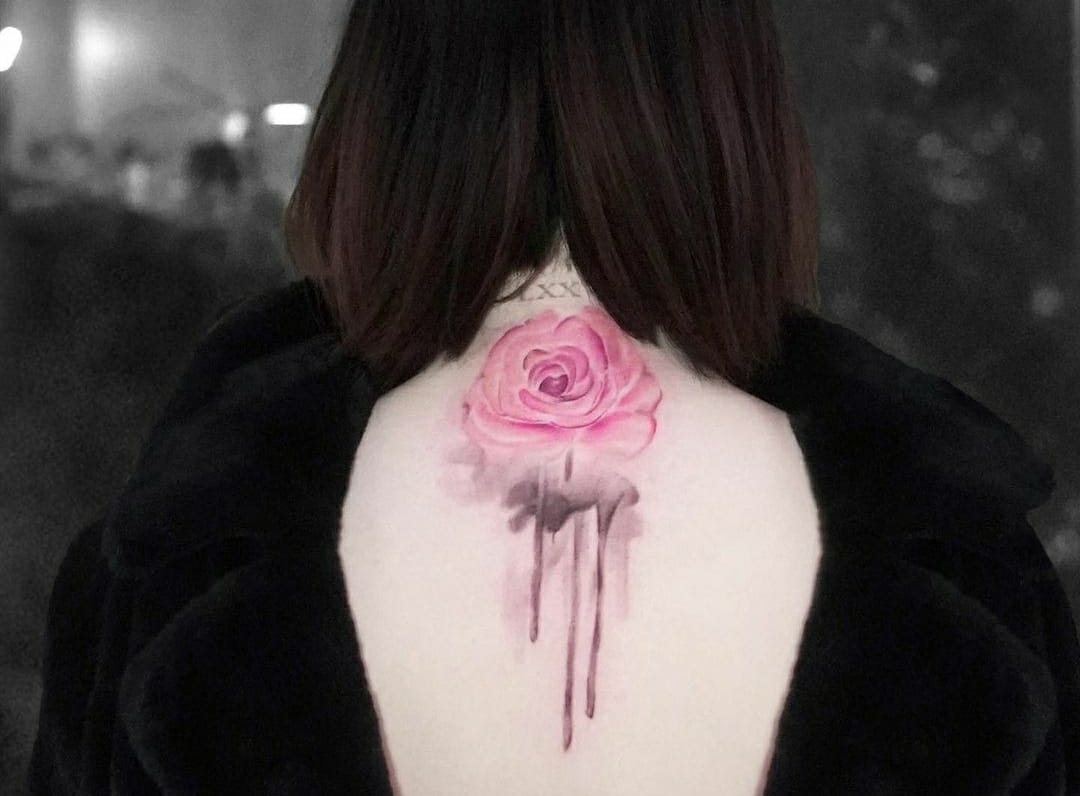 On Tuesday, Bang Bang took to his official Instagram handle and shared the back picture of Selena Gomez revealing the tattoo by captioning it as: “Watercolor on @selenagomez Thank you for always being wonderful🖤”

He then shared another post on Wednesday on his Instagram handle in which he revealed the same tattoo inked on the English model and actress Cara Delevingne.

He shared a small video clip featuring Cara who displays the same tattoo with her shirt off and ribs exposed.

Well, this makes us understand that the close friends Selena and Cara got matching tattoos probably to mark their friendship.

Sharing the clip of Cara revealing the tattoo on his Instagram handle, Bang Bang wrote, “Matching for @caradelevingne I had so much fun making these tattoos— thanks for always trusting me Cara🖤 fyi I didn’t tell them til the end that these were my first watercolor tattoos ever 🙊”

The 29-year old “For You” singer boasts a large and amazing collection of tattoos that are dedicated to remark her friendships, music, and faith.

Selena has overall 16 tattoos – a musical note, the roman numerals LXXVI, the Arabic words for “love yourself first” among others.

In 2012, Selena got inked the roman numeral for the number 76. Bang Bang then said, ‘The tattoo was a tribute to a family member who she said means a lot to her.’

In 2020, Selena got a small tattoo of a cross on her collarbone to show her faith in Christianity.

Selena who released her third studio album, “Rare” in 2020 has got the word ‘Rare’ inked on the right side of her neck just behind her ear to mark the release of her album. 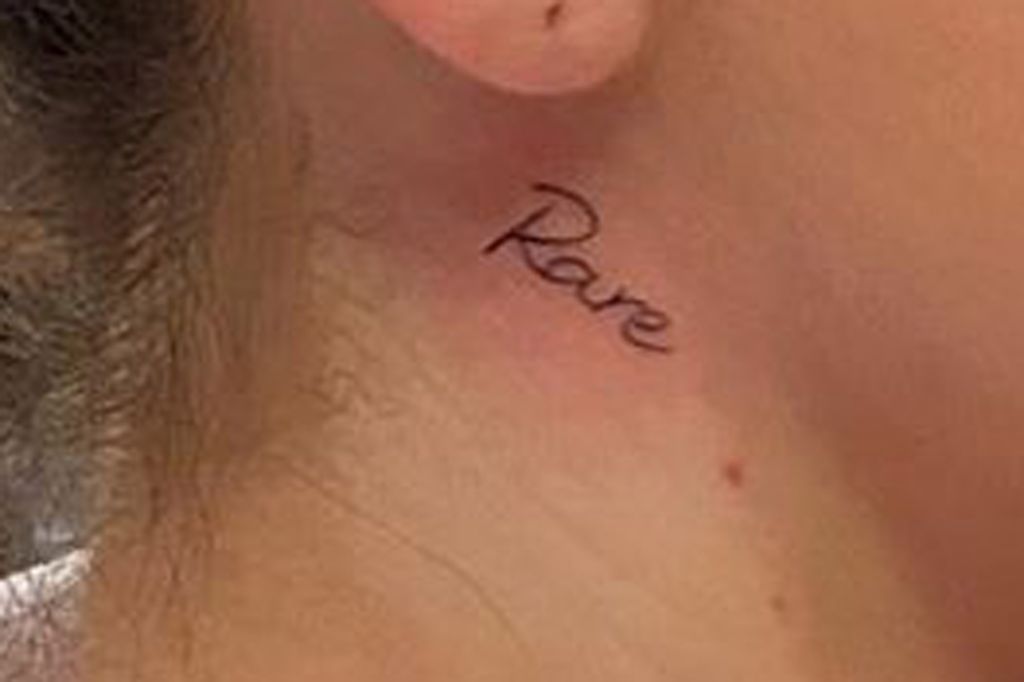 Last month, Selena and Cara were spotted together at a New York Knicks game and the BFFs shared a sweet kiss for the Madison Square Garden Kiss Cam. 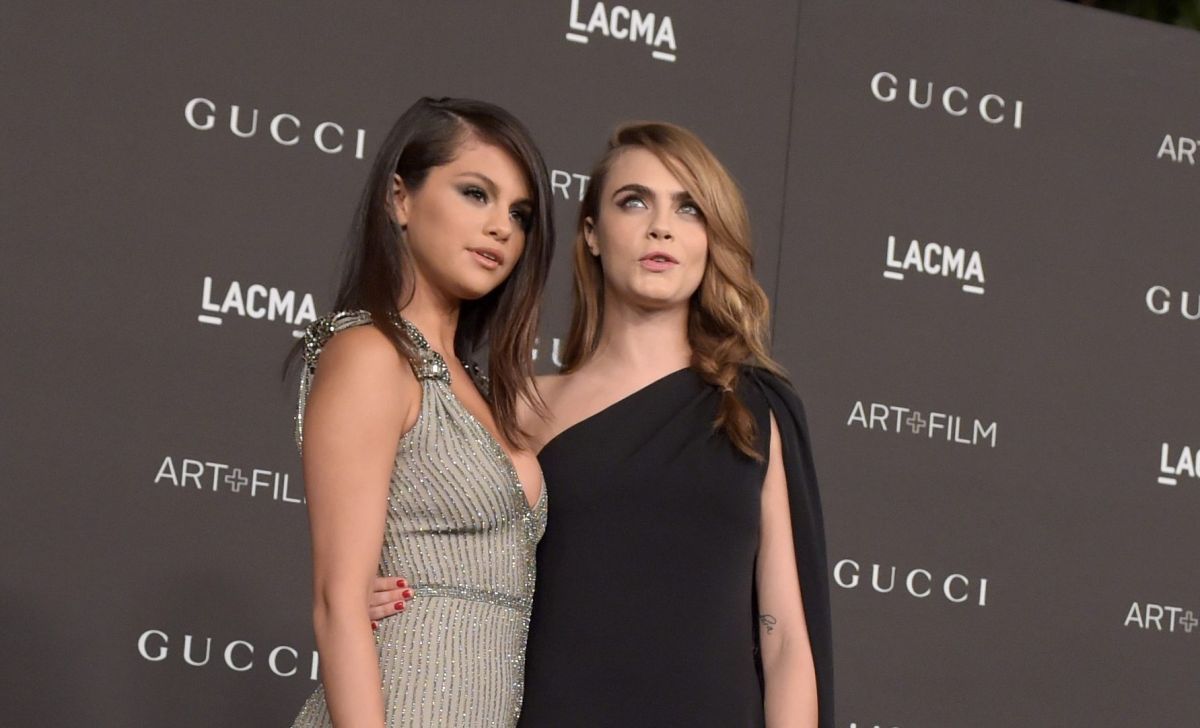 Selena and Cara have been sharing a good bond of friendship for a long time now. Cara was recently featured in the American mystery-comedy streaming television series “Only Murders in the Building” Season 2 which also stars Selena.

After Cara joined the new show, Selena recently shared that she loves working with Cara. She shared, “We just did our first day together yesterday … It’s so fun. We were just dying and laughing most of the time because we just know each other so well.”

Well, we really found this matching tattoo of Selena and Cara very unique and cool. What’s your take on this?