English singer and songwriter, Charlotte Emma Aitchison aka Charli XCX and boyfriend George Daniel gave a heavily packed PDA on vacation in Italy on Friday. Charli, 29 and “The 1975” drummer, 32 couldn’t escape the paparazzi while cuddling closely and smothering each other in kisses on a boat out on the Amalfi coast. The “Boom Clap” singer and musician and the drummer seem to be high on love and were barely clothed as they sail on their love boat out on the Amalfi coast. Charli was captured wearing a tiny black bikini and Daniel was seen in navy blue trunks. The couple is surely having the best time of their life as they couldn’t keep their hands off each other. At one point, Daniel was seen placing his hands on Charli’s chest as she lay on him. The two sunbathed together and smothered each other in many kisses. After a heavily packed PDA session, Charli cooled off more by jumping in the ocean for a swim. Charli and Daniel first sparked dating rumours in March 2022. The singer and drummer appear to still be in the honeymoon phase of their relationship. Before becoming lovers, the two worked together as collaborators before they were romantically linked. Now, the two cannot stay away from each other and it surely appears like true love.

Charli XCX experiences sound-to-colour synesthesia. She revealed in an interview, “I see music in colours, I love music that’s black, pink, purple or red—but I hate music that’s green, yellow or brown.” Apart from this, Charli is an ardent feminist— she wrote her song “Body of My Own” as a feminist statement and appeared in The F word and Me, a 2015 documentary about gender equality which premiered on BBC Three.

George Bedford Daniel is the drummer and member of the indie rock band “The 1975”, whose self-titled debut album peaked atop the UK Albums Chart in September of 2013, “The 1975”. Although George has found great success as a drummer and co-producer, alongside Matty Healy, for “The 1975”, he has contributed to the successful hits of many other artists in the field as well.

However, George appears to be a bit more reserved. But this time, he went all out with his lover Charli. As for Charli,  Before her newfound relationship with Belgium-born drummer, she dated video game producer Huck Kwong for seven years (2014-2021), but it was an on-and-off relationship. 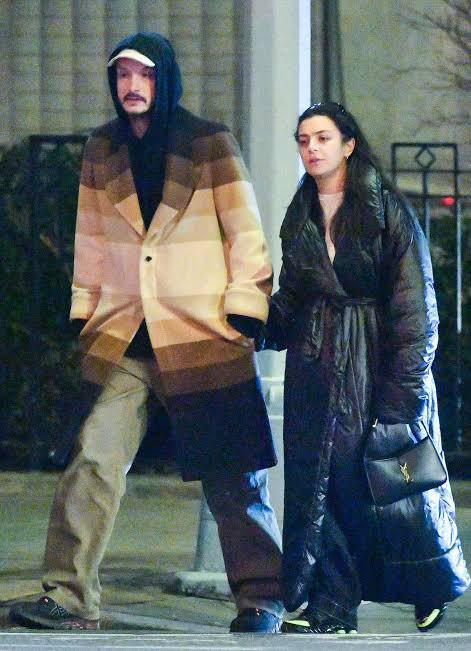 During the start of her career, Charli was dating Ryan Andrews, who directed numerous videos of her like “You (Ha Ha Ha), Nuclear Seasons and “Super Love”. Charli is praised for contributing the hook and bridge to rapper Iggy Azalea’s song “Fancy”, which became the best-selling singles worldwide and was nominated for two Grammy Awards.

A few days before Charli released her album Crash, Charli hinted that she has started working on a follow-up album. However, Crash was released on March 18 and on March 25 she released the deluxe version of the album including four new songs. What do you think about this gorgeous couple?