Magnum Pi is the latest series to be canceled by CBS. Season 4 will be the last we get to see of Magnum Pi. The finale of season 4 aired recently on May 6th. Along with it, other shows like B Positive, United States of AI, How We Roll, and Good Sam also got canned. What was Magnum Pi About?

Magnum Pi was a reboot of the 1980s show. It followed Thomas Magnum played by Jay Hernandez, who is a former NAVY seal nowadays solving crimes in his state. He had recently returned from Afghanistan and was repurposing his skills.

The show also starred other actors like Perdita Weeks, Stephen Hill, Tim Kang, Zachary Knighton, and Amy Hill. Following the news of the cancellation, Perida Weeks shared a heartfelt post on her Instagram.

The post was captioned “hat’s Aloha from us at Magnum PI. Huge thanks to everyone who made the wheels go round for four years on the wildest ride of my life. Ohana forever. And cheers to the best investigative partner a gal could have asked for.☺️🌈🌴🥂”.

Season 4 ended with the lead actors Juliette and Thomas sharing their feelings for each other, but there was also a hesitancy as they did not want to risk their friendship for a relationship. Now the fans will never know what happened afterward.

Jay Hernandez Was Confident About The Show

Jay Hernandez, the leading actor on the show was pretty confident about the series’ future. He had said in an interview “The numbers are great, it travels well internationally…. So yeah, I think we’re in good shape,” Furthermore, he had added “We’re golden. I think you could bank on that.” And he was not wrong, the show was doing pretty well. The series averaged around 7.4 million weekly views and around 0.7 demo rating. This was slightly down from season 3’s rating but still great overall.

Why Was Magnum Pi Canceled?

Jay was pretty confident that there would be no cancelations. He had said “And you know what, they’re happy with the show. They loved this season, a lot of the stories they were really digging. And the episode I directed, they loved to the extent that I’ve already been asked to direct another one next season.”

It is safe to assume that Jay and other people involved in the series must be pretty disappointed. The show had even featured on the list of top 20 prime-time shows at number 16 with over 4.62 million views. 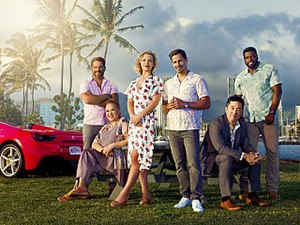 However, the show’s rating for the audience between 18-49 years was not good. That demographic is said to be the most important for advertisers. The show was not doing too well in that category. This might have been the reason why the show got canceled.

Magnum PI was not the only show to get canned. Many channels like NBC, CW, and CBS have canceled several shows. Julie Peck referred to the day as ‘Red Wedding’, a reference to the massacre that took place in the Game Of Thrones.