Abi Varghese is an Indian-American writer and director who has made a name for himself in both India and here in the States. Maybe you know of him from his Malayalam sitcom “Akkara Kazhchakal” or his film “Monsoon Mangoes.” And then there’s his widely popular Netflix show “Brown Nation” which was Netflix’s first original series from India.

We had the opportunity to catch up with Varghese and find out more about the man behind all these notable projects and get nuggets of wisdom for all you aspiring directors and filmmakers.

The Teal Mango: Why did you gravitate to this business?

Abi Varghese: When I was a kid, my dad and I used to go to the local Indian grocery store and rent films/DVDs.  We would watch at least one film a week.  I was fascinated by how it all came together; the writing, acting, music, & cinematography.  I bought a camera and started to make films with a little help from my friends.

TTM: Describe a typical day for you.

Abi Varghese: There is no typical day as you are always in various stages of production on multiple projects.   But I do tend to dedicate at least 3 hours to write every day.  Even if its garbage, I do force myself to write every day.  3 hours of sitting down with no distractions.

TTM: Tell me a few highlights of your career?

Abi Varghese: We created a TV series in Malayalam based out of New York called “Akkara Kazhchakal.”  We shot the entire series out of my parent’s house and somehow convinced Kairali TV to air in on their network.  They gave us a very lousy slot of 11 pm and didn’t pay us, but we didn’t care. As long as we were doing content and people are seeing it, that was a win.  We started posting it online right after it aired on TV.  The show became an instant hit on youtube because it was so easily relatable.  It gave us the confidence that we can do something substantial without big budgets or stars.

TTM: Tell us about your background

Abi Varghese: I went to school for business and started working a corporate job for the first couple of years after graduation.  I didn’t hate it but was always yearning to do films.  On the weekends, I would film our weekly web-series, short films, music videos and eventually these projects took over most of my time that I had to quit my corporate job.

TTM: Is your family supportive?

Abi Varghese: My family is very supportive.  I am a firm believer that in order to do things that have high stakes like films/TV you need the support of people around you because most of the time it’s lonely and an uphill battle.

TTM: Tell me about your involvement with television? What drew you to it?

Abi Varghese: I always liked TV series as it gives me an opportunity to explore more with characters. Unlike films, episodic television gives us a bit more flexibility.  As a writer/director, you can start to improve your storylines, characters as you are constantly learning from what you have shot and from what the actors are delivering.  It’s a bit more forgiving to work in television than in films I feel.

TTM: Let’s discuss “Brown Nation” and how the show contributes to sharing narratives of people of color. Describe the journey. Also, will there be a Season 2?

Abi Varghese: Brown Nation was indeed a long journey as we made the product independently and did not have distribution secured.   It was an uphill battle and risky move as we did not know if any network wanted a show with primarily South Asians.  Fortunately, Netflix felt that the content worked for its growing audience and took a chance on us.  This is good news not just for us, but for creators in general that wants to get into stories is diverse and uncommon.  As an independent filmmaker, I am extremely happy that there is plenty of platforms like Netflix that are open to new and emerging talents.

We certainly are hopeful that there will be a season 2.

TTM: Why is it important to have desis in Hollywood? Do you see a trend forming?

Abi Varghese: I think it’s very important to have diverse talent in Hollywood because it makes storytelling that much more interesting.  The world is certainly changing and we cannot be isolated in our own individual groups anymore. Shows like “The Mindy Project”, “Master of None”, and “Insecure” are certainly moving us in the right direction.

TTM: Are you happy with what you do?

Abi Varghese:  I am extremely happy with what I do.  However, there is always that voice inside your head that pushes you to do better.  I think as a creator, you are always doubting your skills and trying to stay relevant when there is tons of great material out there.  You always hope that what you are making is distinctive of a voice that it stands apart and still resonate with people.

TTM: Any advice you have for people wanting to get into directing/filmmaking?

Abi Varghese: I feel that if you want to get into filmmaking, you should just do it.  Most of the things that you will make will be garbage, but it will always get better. Stop thinking so much and just start! 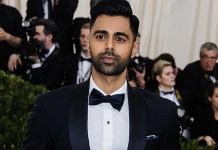