Carl Nassib has announced that he has a boyfriend, just in time for the NFL playoffs. 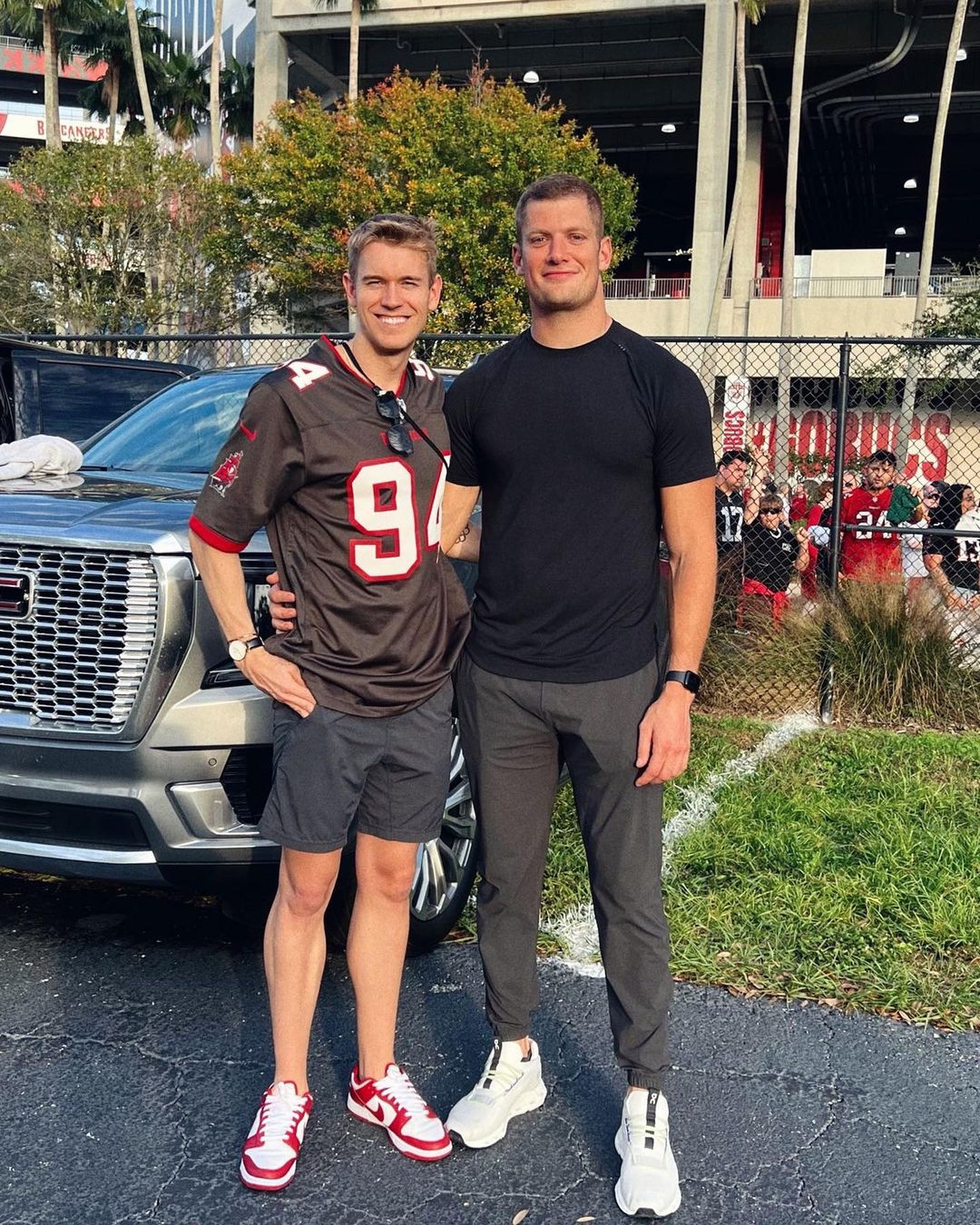 Nassib made the announcement on his Instagram stories. The linebacker for Tampa Bay Buccaneers came out as gay in June 2021. He has made history as the first openly gay NFL player.

The 29-year-old started the new year off by sharing some personal good news with everyone. He revealed on social media that he is currently dating Søren Dahl, who is an Olympic swimmer.

He shared a picture of himself with his boyfriend on Instagram stories. He was seen wearing his #94 Buccaneers jersey.

He wrote “Kicking off 2023 with my man and a trip to the playoffs.”  Dahl also shared the picture on his Instagram along with other pictures of him and a friend supporting Nassib at one of his games. 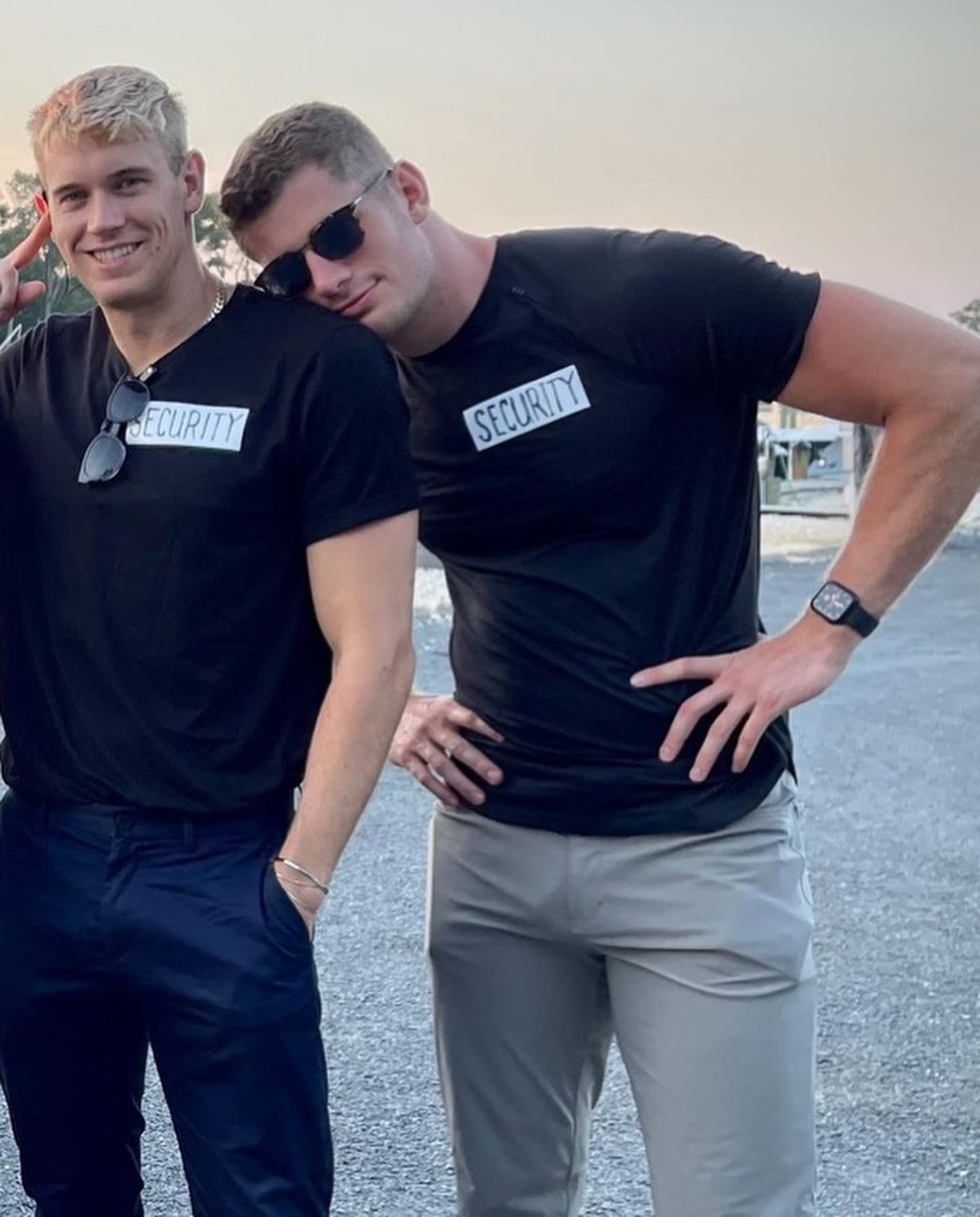 Coming out as gay is a big deal for people, but there is a lot of added pressure when the person is a celebrity. Carl Nassib made the announcement on his Instagram last year. He made a video and said “What’s up people, I’m Carl Nassib. I’m at my house in West Chester, Pennsylvania.”

Then he went on to say that “I just wanted to take a quick moment to say that I’m gay.” The NFL star then added “I’ve been meaning to do this for a while now but finally feel comfortable getting it off my chest. I really have the best life, the best family, friends and job a guy can ask for.” 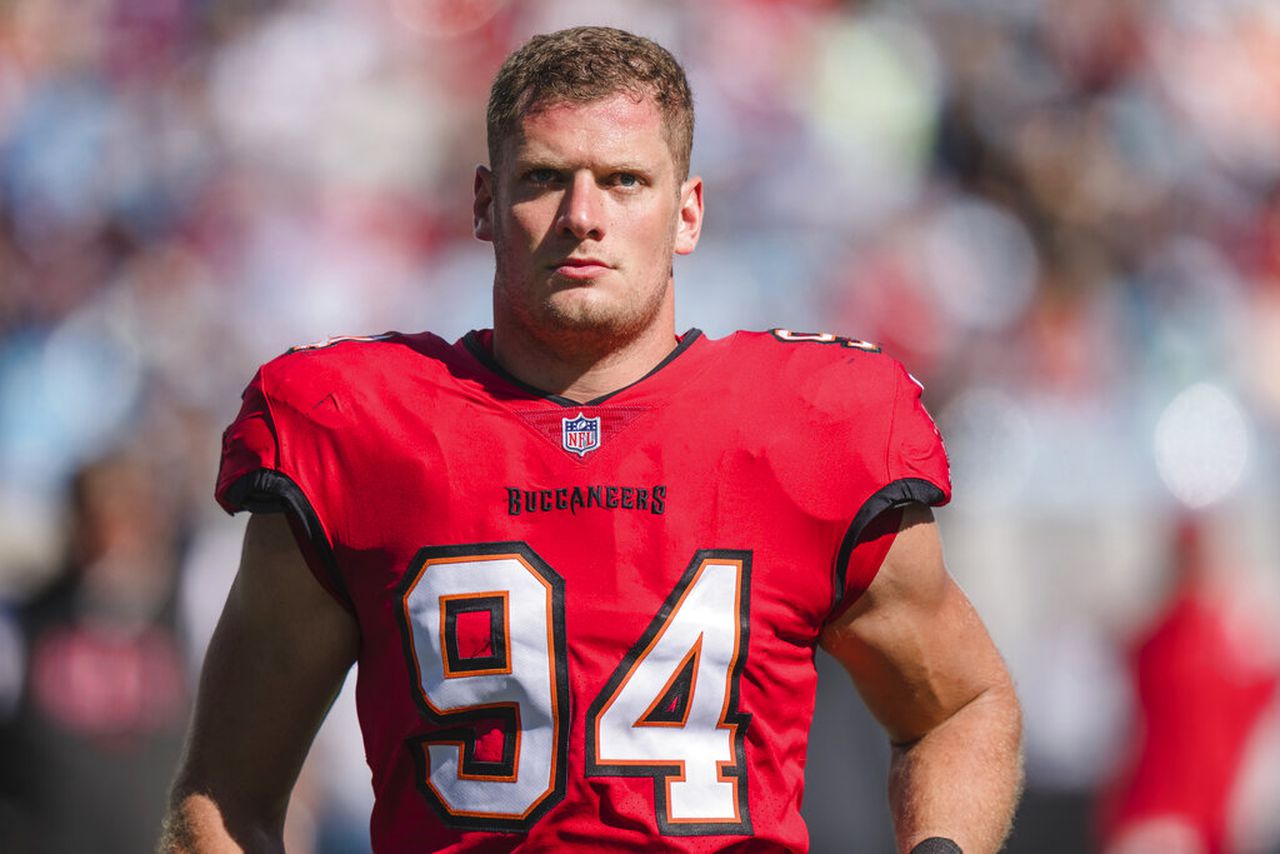 He followed up with another video where he thanked people for their support and showed gratitude for everything he had in his life, he also said that he did not understand how he could be “blessed with so much”.

He then went on to say “As I mentioned in my video message, I am partnering with The Trevor Project. I was immediately drawn to The Trevor Project when I learned about their mission to provide suicide prevention services to the LGBTQ community. Young LGBTQ kids are over 5x more likely than their straight friends to consider suicide”

Dahl has talked about coming out a few times in 2022. He shared a lot of selfies and videos of himself drinking coffee, marching in the Pride Parade, and dancing in clubs, etc. 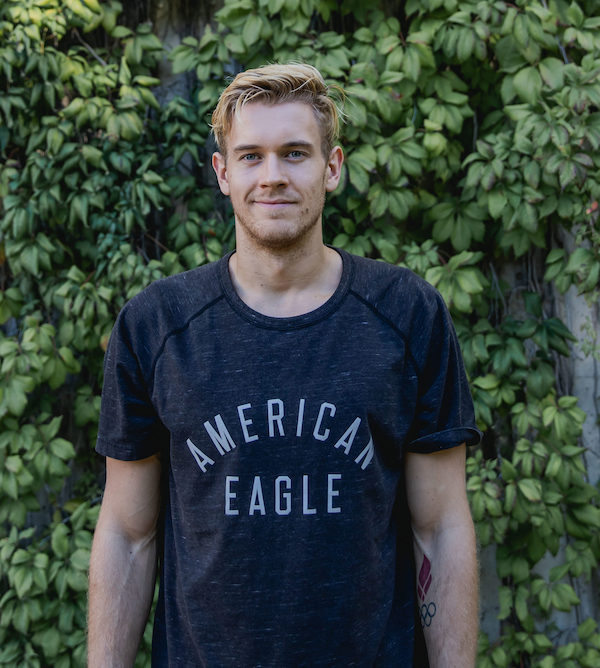 In one of the videos, he went ahead to troll a former coach who had told him that he would not be able to become a good swimmer as he was gay. It seems that he did not want to make a big deal about coming out as gay and instead subtly hinted about it here and there.

After he posted the collage of photos with Nassib, the former left some hearts in the comment section for him.