The legendary actor Bruce Willis was seen out running errands with his wife Emma Heming Willis in Los Angeles. They were seen together about three months after his family shared the news of his Aphasia diagnosis. Who Is Bruce Willis?

Bruce Willis is a retired legendary American actor who has appeared in a number of movies over the years. He is known for playing particularly hard-edged or wisecracking characters. Overall, the movies that he appeared in grossed more than $2.5 billion.

After several auditions and minor appearances, he got his first break in the comedy tv series called Moonlighting in 1985. His appearance as the hard-boiled NYC detective John McClane in the Die Hard franchise got him a lot of recognition and acclaim. The monstrous success of Die Hard and Die Hard 2 led to the demand for Die Hard With A Vengeance.

Willis went on to give many hits including Pulp Fiction Quentin Tarantino and the comedy The Whole Nine Yards.

In the 2000s, his popularity dropped a bit as he gave two failed movies but he bounced back with the fan favorite Live Free Or Die Hard, which is also known as the fourth installment of the Die Hard franchise.

He was married to fellow actress Demi Moore for over thirteen years. They share the custody of their three daughters.

Bruce Willis is currently married to his second wife Emma Heming. According to her blog, they met at their mutual trainer’s gym. Two years after that, they got married (2009). The couple has two daughters together.

Earlier this year, Willis’s family including his wife, ex-wife, and  daughters announced that he was diagnosed with Aphasia. Aphasia affects the ability to speak, write, and understand language. It usually happens to people who have had strokes before.

The statement read “To Bruce’s amazing supporters, as a family we wanted to share that our beloved Bruce has been experiencing some health issues and has recently been diagnosed with aphasia, which is impacting his cognitive abilities.” The family admitted that it was a difficult time for them and that they appreciated the “continued love, compassion, and support”.

Aphasia is not an uncommon occurrence. It can either happen suddenly after a stroke or head injury or develop gradually. The main treatment is through speech therapy.

There are other resources for coping, support groups, and communication strategies, that can make it easier for the person to communicate and navigate through the emotions.

Bruce Willis Stepped Out With Emma

Since his diagnosis was revealed, Willis has been spotted out many times. He was seen enjoying some time with his family or friends.

Most recently, he was seen out shopping with his wife Emma. He seemed to be in good health while Emma smiled at the cameraman. 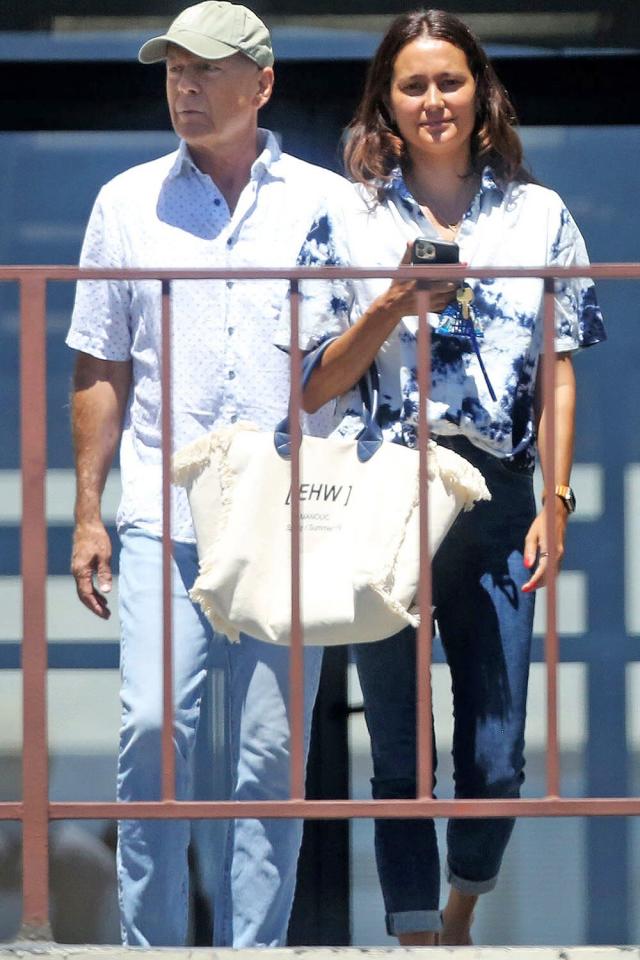 His wife Emma frequently shares positive messages and insights from their journey together on Instagram.

In one of her posts, she wrote that the one quality she loved about Willis was that he never took anything too seriously.