It seems like Abbi Jacobson is off the market! As per the reports of Entertainment Tonight,  the Broad City star and her girlfriend of 2 years, Jodi Balfour are engaged.

We are super happy for the two lovebirds. Continue reading further to catch more details about the engagement of the couple. Not long ago, Abbi and her girlfriend Jodi made their red carpet debut as a couple at the premiere of Prime Video’s series A League of Their Own in Los Angeles. The couple was seen laughing and having a good time at the premiere that took place on Thursday.

In the pictures of the Los Angeles premiere of Prime Video’s series A League of Their Own, the eagle-eyed fans observed that Jacobson sported a ring on that special finger. At the premiere, Abbi was seen wearing a red, slightly sheer dress meanwhile her fiancée looked stunning in a bright pink gown. Jodi completed her look with one white and one red boot and red lipstick to color-coordinate with her leading lady.

Abbi and Jodi confirmed their romance in October 2021

Yes, you read that right. Jacobson announced that they were dating after keeping their relationship a secret for a year. She posted a series of pictures with her girlfriend on the social media platform Instagram.

“One year with this incredible human. Don’t know how I got so lucky ❤️,” Abbi captioned the post. 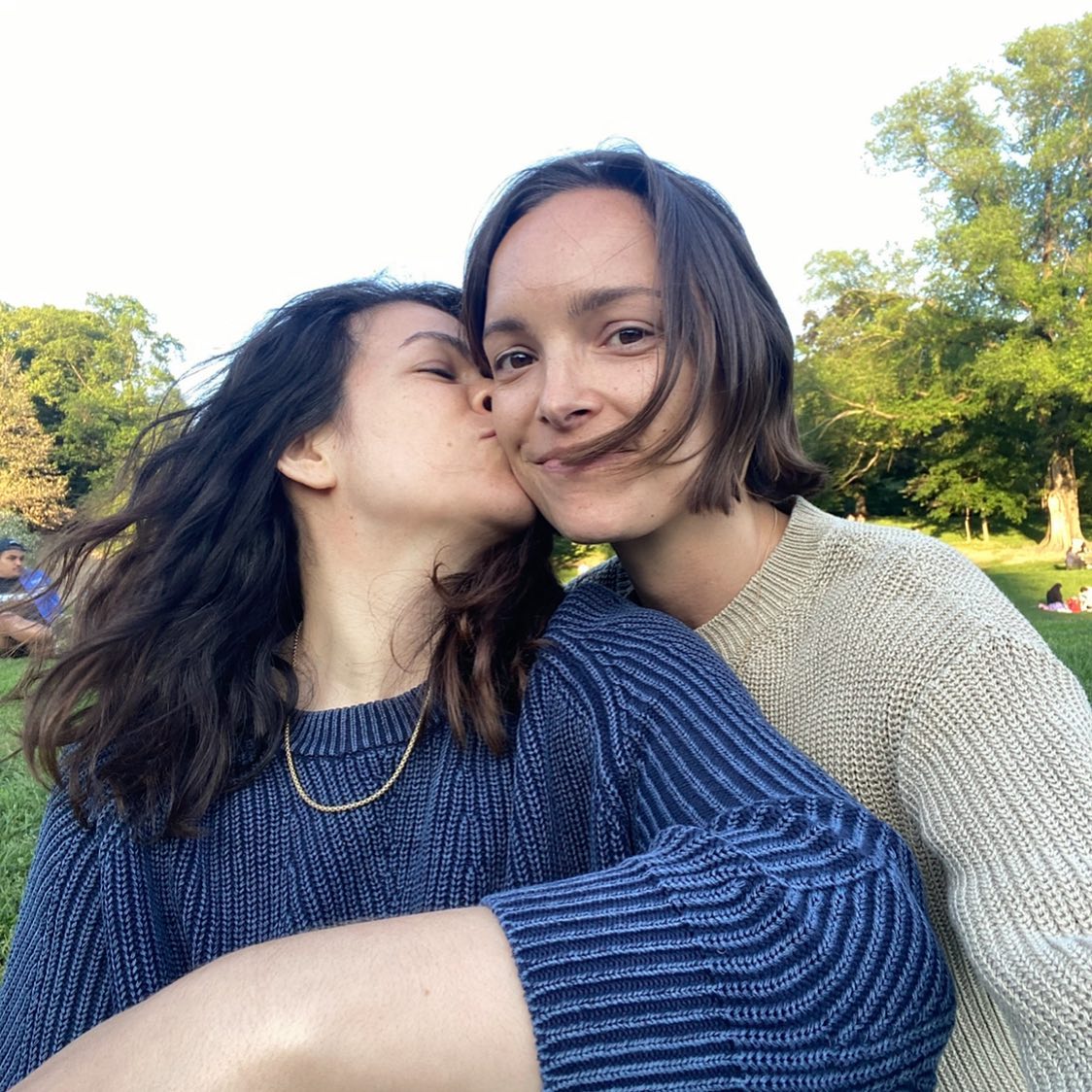 In the beautiful picture shared by Abbi on the social networking platform Instagram, she can be seen kissing Jodi on the cheek while Jodi looks at the camera with a sweet smile on her face.

At the same time, Balfour also posted an adorable picture of the couple kissing. She wrote, “365 days of the best surprise of my life 💚,” in the caption of the post.

Abbi Jacobson came out as bisexual in 2018

A League of Their Own star first opened up about being a bisexual in the year 2018. During an interview with Vanity Fair, Abbi said, that she “kind of [goes] both ways.” Then she clarified, “I date men and women.” She went on to say, her partner has to “be funny” and “doing something they love.”

On the other hand, when we talk about Balfour, she came out last year in June at the end of Pride Month. “On this last day of Pride month, I’m stepping away from my sense of inadequacy, my fear of taking up room not meant for me, and my need to do this right… to say how undeniably freeing it has been to finally embrace and explore my queerness,” she captioned a post on Instagram. The Bomb Girls star further added, “that even though it took me a long time to get here, it feels like coming home to myself in a way that’s burst life right open. Hope it’s been a happy month! I’m gonna keep celebrating.

We send our heartiest congrats to Abbi Jacobson and Jodi Balfour as they are engaged. Sending the pair lots of love and happiness for their future ahead. Don’t forget to stay tuned with us for the latest updates from the world of showbiz.