Bridgerton’s characters’ dynamics are so strong that every character provides a subject matter of their own stories. Now that Bridgerton Season 2 has made record-breaking success, Netflix is set to come up with the first spinoff of the drama series. Read on to know more. 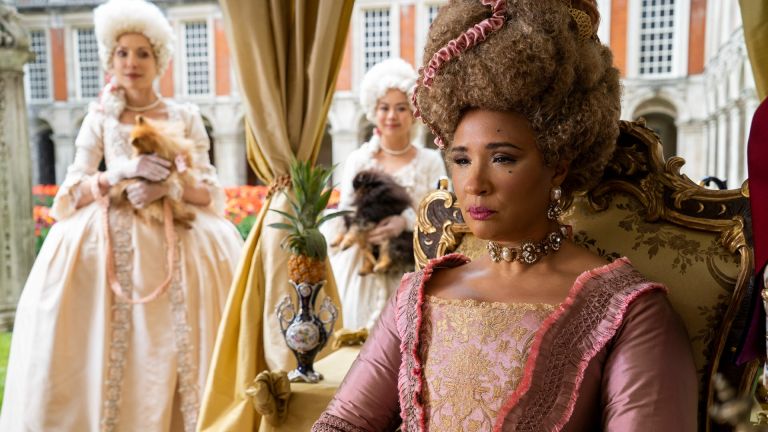 Bridgestone’s most humorous character, of course after Lady Whistledown, is none other than Queen Charlotte. The Guyanese-British actress has played this quirky role as the queen of the United Kingdom of Great Britain and Ireland.

Last year, an official announcement was made that the streaming giant is set to create a prequel based around Queen Charlotte’s marriage to King George, and this March, the full cast for this spinoff was assembled. Here’s Queen Charlotte’s first look: 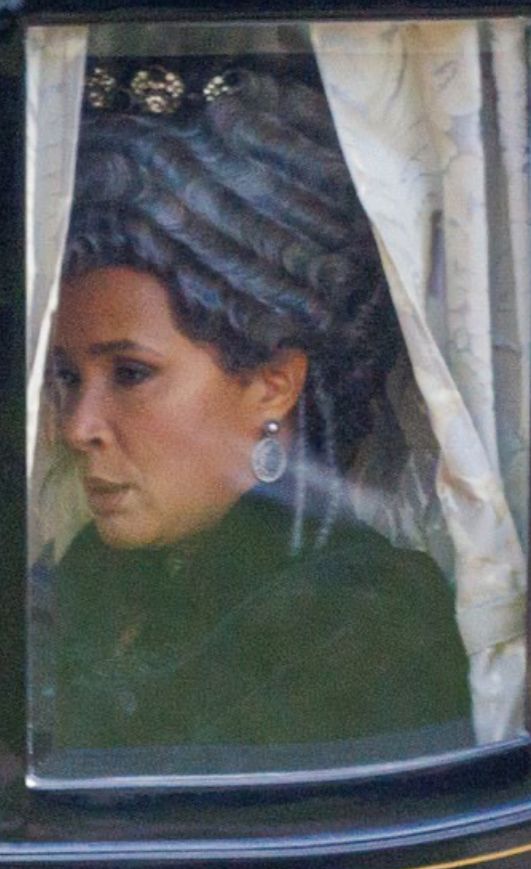 Now, Golda Rosheuvel is all set to reclaim her role as Queen Charlotte in the Bridgerton spinoff and filming has already begun in London. Glimpses of first photos from the sets have surfaced online wherein Queen Charlotte can be seen in one of her gigantic wigs. 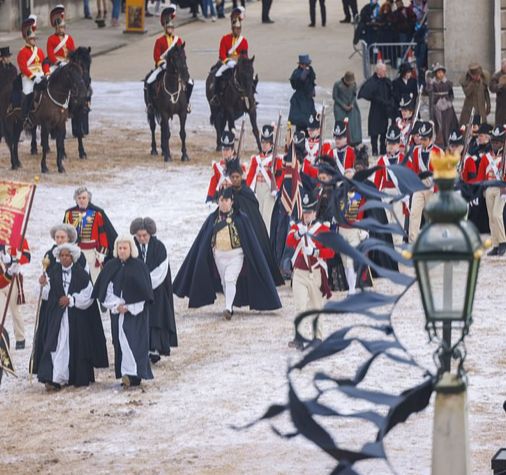 When we talk about Queen Charlotte, Brimsley’s name comes along. He is the right hand of the Queen and is referred to as the “Queen’s gossip-mongering” secretary. The role is played by Hugh Sachs, who was also seen on the set. Well, that’s obvious, isn’t it?

Spoiler Alert! Delve into the details

Both the seasons of Bridgerton have displayed glimpses of the love story between Queen Charlotte and her husband King George III. The series has showcased the king a few times to reveal the pain that the two have gone through amid his sickness. Remember that scene from Bridgerton Season 2 when Edwina impresses the Queen after sampling down the king who suddenly barges into the situation at the castle? Well, the spinoff is based on detailing the older Charlotte.

The original series is written and produced by Bridgerton creator Shona Rhimes. Even though the spinoff is Charlotte-centric, it also provides the origins of other characters like Violet Bridgerton and Lady Danbury. 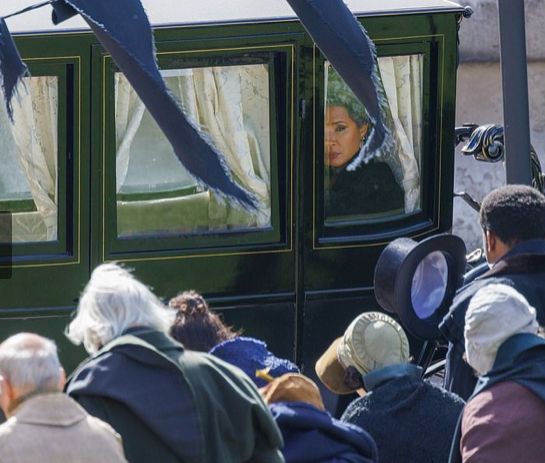 This means that we would be able to understand this badass queen closely. I am sure she and the king has a lot to tell to the viewers. It is also possible that the series may start with the death of King George and then proceed backwards narrating the Queen’s life. Well, that’s what I feel after looking at these first pictures from the set.

Who else is there? 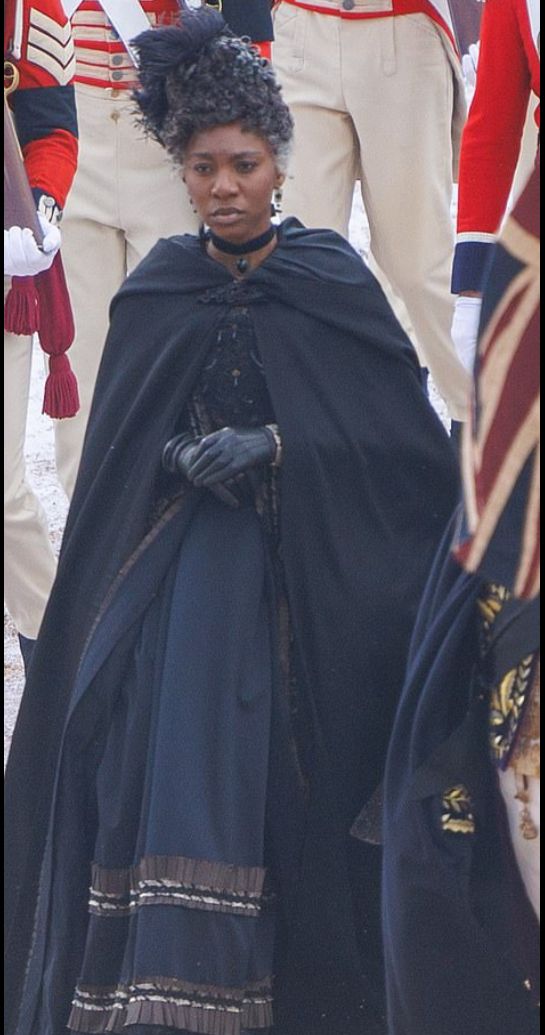 The spinoff also includes Lady Violet Bridgerton (Ruth Gemmell) and Lady Danbury (Adjoa Andoh).  The young Charlotte is played by India Amerteifio. The series narrates how she comes to London to remark on her arranged marriage to the King. However, Corey Mylchreest is playing this role instead of James Fleet.

For now, the release date isn’t made official but as the shooting is underway, we can hope to see it anytime sooner in 2023. Nevertheless, Season 3 and Season 4 of the Bridgerton series are also in process. Isn’t that great news for Bridgerton fans? What do you think?