Bridgerton Season 3: Here’s What Might Happen Based on the Novel

Bridgerton is undoubtedly the most famous series on Netflix since its premiere in 2020. The first two seasons have made record-breaking success, with Season 2 becoming the third-most-popular TV series on Netflix. Now, Season 3 is underway, and here’s everything you need to know about the much-awaited Season.

Season 3 is more than the Book

Bridgerton fans raise your hands because we are closer to the third season. Bridgerton Season 2 became the most-watched English-language television series on Netflix with 656.16 million hours viewed since its March 25, 2022 launch.

Producer Shonda Rhimes is all set to continue bringing the whole new world of Bridgerton to its fans as Season 3 will soon hit the screens. Not just this, the producer confirmed that they have also started filming Season 4. Rhimes told in an interview that there will be around eight seasons per the original book

Dearest readers, this author brings a most exciting announcement… pic.twitter.com/sV0QiYcn8z

Julia Quinn has written 8 novels in total. Season 1 was based on “The Duke and I” while Season 2 narrated the tale of Kate and Anthony per the book “The Viscount Who Loved Me”. One thing is sure, Bridgerton isn’t ending soon because there’s a lot more in store.

Talking about Season 3, one thing is sure! Shonda is traveling beyond Julia Quinn’s novel set in the competitive work of Regency-era London’s ton wherein young debutants are presented at the court.

The super-producer revealed in an interview last week that Season 3 is already in the world. She said, “We got a little bit creative so we’re already hard at work writing season 3. … That is already in progress and you’ll see. Give it time.” This means that Season 3 will bring in more juicy scandals and sexy romps.

Plot and Characters of Season 3 A person who has read Julia Quinn’s books would be able to deduce that if the series continues per the book storylines, the third season will put the second son and aspiring artist Benedict in the spotlight. Even though everything is under wraps, Season 2 gives us a lot of hope for a fantastic Season 3. Season 2 is one of the most diverse shows on Netflix today. Set against the backdrop of the Regency era, it not only showcased the Bridgertons or families of other lords but has also showcased the versatility of the Sharma sisters.
Bridgerton Season 2 kept us gripping as it showcased the evolution of many characters. Two such examples are Eloise Bridgerton and Lady Whistledown. If you’ve seen both seasons, you’d know how the two characters have evolved.
From the queen’s quest of tracking down Lady Whistledown to finding Eloise’s radical side, the season has kept us gripping. Now, one cannot expect anything less from Season 3. if we go by the book “Offer by The Gentleman”, Season 3 will focus on the brewing love between Benedict Bridgerton and a new character Sophie Beckett. Here is a description of the book:

“Will she accept his offer before the clock strikes midnight? Sophie Beckett never dreamed she’d be able to sneak into Lady Bridgerton’s famed masquerade ball—or that ‘Prince Charming would be waiting there for her! Though the daughter of an earl, Sophie has been relegated to the role of servant by her disdainful stepmother. But now, spinning in the strong arms of the debonair and devastatingly handsome Benedict Bridgerton, she feels like royalty. Alas, she knows all enchantments must end when the clock strikes midnight. Ever since that magical night, a radiant vision in silver has blinded Benedict to the attractions of any other—except, perhaps this alluring and oddly familiar beauty dressed in housemaid’s garb whom he feels compelled to rescue from a most disagreeable situation. He has sworn to find and wed his mystery miss, but this breathtaking maid makes him weak with wanting her. Yet, if he offers his heart, will Benedict sacrifice his only chance for a fairy tale love?”

The book suggests that Sophie is the daughter of an earl but her wicket stepmother has controlled her and treats her like a servant. After sneaking into the Bridgertons’ masquerade ball, she dances with Benedict and instantly falls for him. But again, she is forced to go back to her difficult life.
Now if you’ve read the book, you know that the two ladies are the same. Apart from this, my instincts suggest that Eloise Bridgerton might remark on a romantic journey with the working-class boy whom she secretly met to find out Lady Whistledown’s identity. Well, that love story ended before even beginning so who knows!
The relationship between Eloise and Penelope Featherington might remain sour because Eloise finally knows that Pen is Lady Whistledown and one reason for her current misery. The season might also continue Eloise’s radical journey and love for her books. 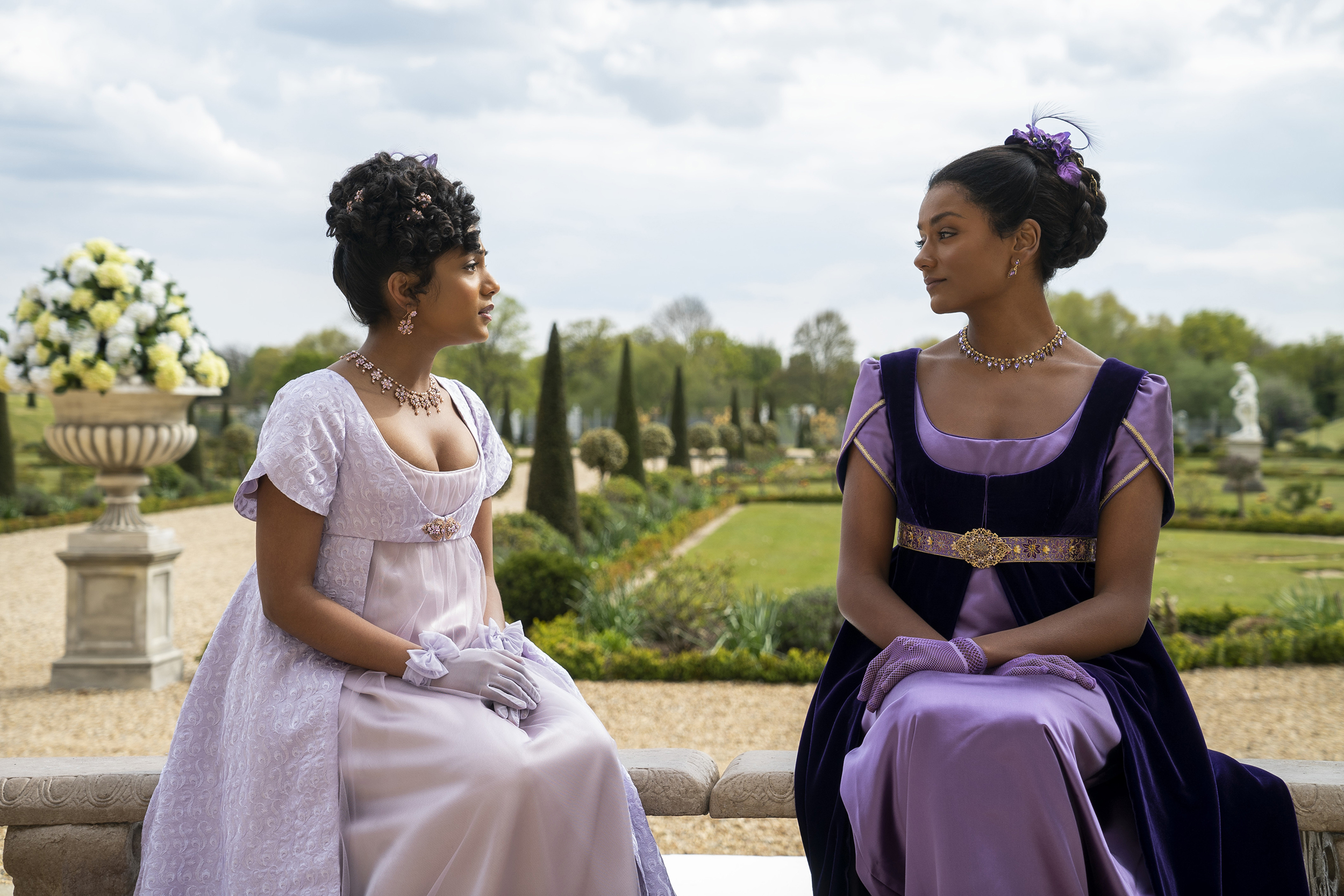 Anthony Bridgerton and Kate Sharma are going to be a part of Season 3 because fans would want to see their love story moving ahead. Season 2 brought us closer to the character of Anthony as he continued to remain pressured by responsibilities for a very long time. And I know, fans aren’t done with Kate yet. She is one of the most loved characters today.
Apart from this, Season 3 might continue the quest for true love for Charitha Chandran as Edwina Sharma under the guidance of Shelley Conn as mother Mary Sharma. The characters from Season 2 will be most present. Oh, how can I forget the Queen and Lady Danbury! The two will continue their adventures as always. 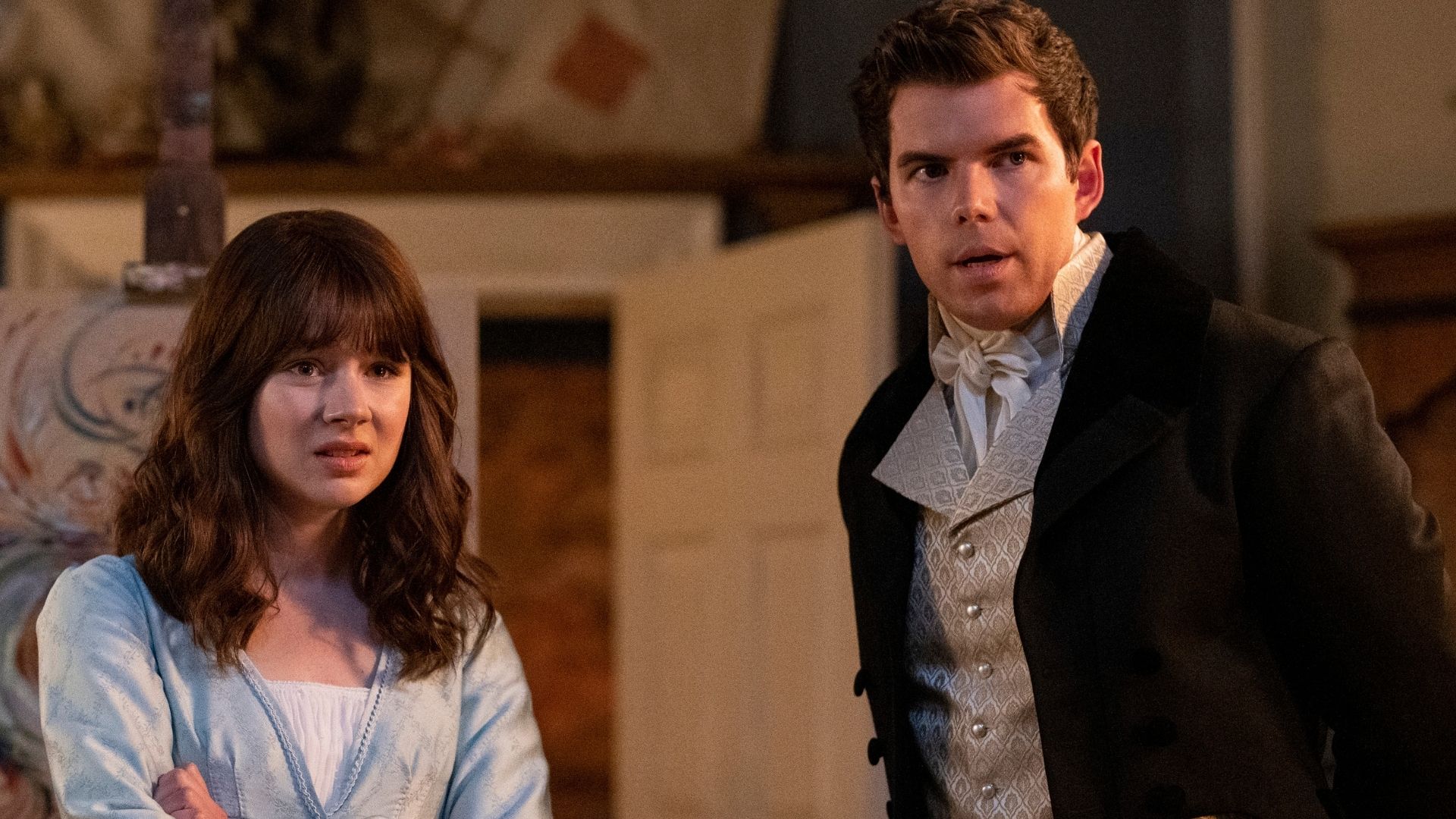 Interestingly, Golda Rosheuvel is all set to reclaim her role as Queen Charlotte in the Bridgerton spinoff and filming has already begun in London. The spinoff will focus on her childhood and married life with King George III.
Now if we talk about the cast for Season 3,  we are sure that the following characters are guaranteed to be seen in Season 3. However, expect all the Bridgerton and Featherington family members to appear. Some of the guaranteed names include:

When Will Bridgerton Season 3 Come out? Even though Netflix hasn’t confirmed the release date for Bridgerton Season 3 but we can expect the upcoming season to premiere in early 2023. Recently, Nicole Coughlin who plays Lady Whistledown, confirmed that Season 3 started filming in the summer of 2022.

Rhimes also stated in March 2022 that production has begun for Bridgerton Season 3. However, she also asked the fans to give them time because this time, the production is working hard to level up their game. Comment and let me know what you expect from Season 3.