The historical-romance television series Bridgerton has begun rolling on Season 3 and let us tell you in the upcoming season of Netflix’s hit show you will get to see a couple of new faces.

Continue reading further to catch more details about the forthcoming season of the period drama and see the list of new members who got on board for season 3. Everything you need to know about season 3 of ‘Bridgerton’

For those of you who are unaware, let us share with you, that season 3 of the show Bridgerton will revolve around the love story of Penelope Featherington (played by Nicola Coughlan) and Colin Bridgerton (essayed by Luke Newton).

In the third installment of Netflix’s period drama, we will see that after hearing the negative remarks about her last season, Penelope has finally decided to let go of her longtime crush on him. 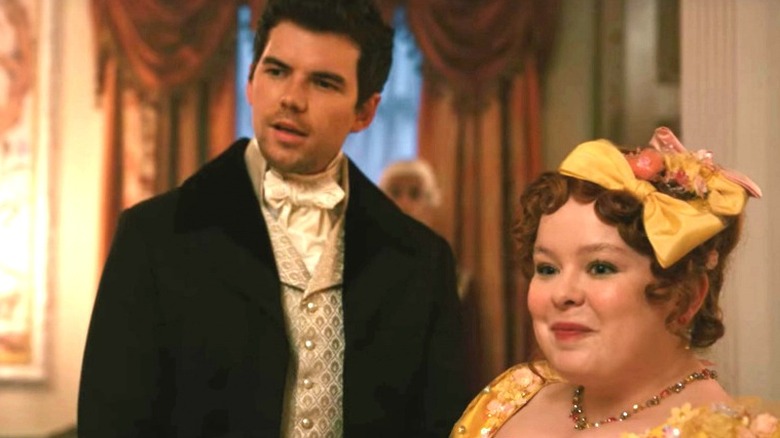 Penelope has now concluded that it’s time she finds a man for herself and gets married. She is looking for a man who will give her the freedom to continue her double life as Lady Whistledown, far away from her mother and sisters. Although, Penelope fails in the marriage market because she lacks confidence.

On the other hand, when we talk about Colin, he has a fresh appearance and a lot of swagger post returning from his summer travels. But he is sad to see that the one person that always accepted him for who he is, is giving him a cold shoulder.

Who are the new cast members joining ‘Bridgerton’ season 3?

As per the reports of Variety, Daniel Francis, Sam Phillips, and James Phoon are the new cast members who will be joining the Bridgerton family in the upcoming season of the show.

In the forthcoming season of Bridgerton, the Stay Close actor Daniel Francis will be seen playing the role of Marcus Anderson who is described as a “charismatic presence who lights up any room he enters, attracting the notice of certain matriarchs in the ton — and the ire of others.” The Crown alum Sam Phillips will be essaying the character of Lord Debling who will be “a genial lord with unusual interests, he has wealth and a noble title to back up his eccentricities. He’ll have no shortage of interest from young ladies this season.”

Meanwhile, the Wreck star James Phoon will be portraying the role of Harry Dankworth. As per the makers of the show, “What Dankworth lacks in wit and intelligence, he more than makes up for with serious good looks.”

How did the fans react to the news of ‘Bridgerton’ season 3?

One user wrote, “I AM CURRENTLY SCREAMING MY HEAD OFF & SOBBING WITH PROFOUND GLEE!” Another user tweeted, “The fatphobia the will be unleashed when Bridgerton season 3 comes out….”

Followed by a user who penned, “I need weekly photos like this in order to survive the wait of #Bridgerton season 3 #Polin” Another one added, “well i guess people don’t need to read romancing mr. bridgerton before watching season 3 later because the story will be soooo different from the book so no need to worry guys.” Are you excited to watch season 3 of Bridgerton? Kindly let us know your thoughts in the comments section below. Don’t forget to stay tuned with us for the latest updates from the world of showbiz.