The filming has officially wrapped for Bridgerton Season 2.

Chris Van Dusen, the showrunner of Bridgerton has led out the world for Netflix’s popular romantic drama. Calls for celebration now that we know Season 2 could be on its way to us, isn’t it?

The confirmation of the wrapping of Bridgerton Season 2 was made by Chris on Twitter. The high-end period drama which was a grand success after its first season is now moving to Season 2.

The series follows the life of the Bridgerton’s living in London. Lady Whistledown, who takes care of disclosing all the secrets and romance gossips that brew through the alley. The identity of Lady Whistledown “no longer” remains a secret as her mask was unveiled by the end of the season. She also makes sure to put the gossips in place exactly where they need to be especially with all the juicy scandals.

You have to watch the show to understand what I am talking about.

Bridgerton Season 1 made it to the list of Netflix’s topmost shows. Along with that, there were many trophies and nominations that the show booked including an Emmy!

In that case, it definitely will be worth waiting to figure out if Season 2 is reaching out to us anytime soon.

Right now, we can extend our thanks to Dusen. He made sure the world knows that Bridgerton Season 2 filming is now under the cover.

So, folks, it’s not a long wait before you figure out what happens between Anthony and Kate.

That’s a wrap on Season Two! So proud of this cast and crew who brought their A-games to work each and every day in this very challenging year. And these two in this photo with me right here. Words are not enough. Coming in 🔥🔥 in 2022. 🎩🐝🎬 #Bridgerton #SeasonTwo #BuckleUp pic.twitter.com/SP8IKXxOJh

“That’s a wrap on Season Two! So proud of this cast and crew who brought their A-games to work each and every day in this very challenging year. And these two in this photo with me right here. Words are not enough. Coming in 2022.”, Twitter read.

He also wants fans to BUCKLE UP!

A picture also came out.

Dusan, in the post, is alongside Ashley and Bailey. In his post, the director made sure to thank the cast and crew for putting in all the hard work.

No knowledge has been shared regarding the release date through his post but he sure confirms that the year has been hectic and challenging at the same time.

There is surely a sparkling light though as he said Bridgerton Season 2 reaches out to you in 2022. 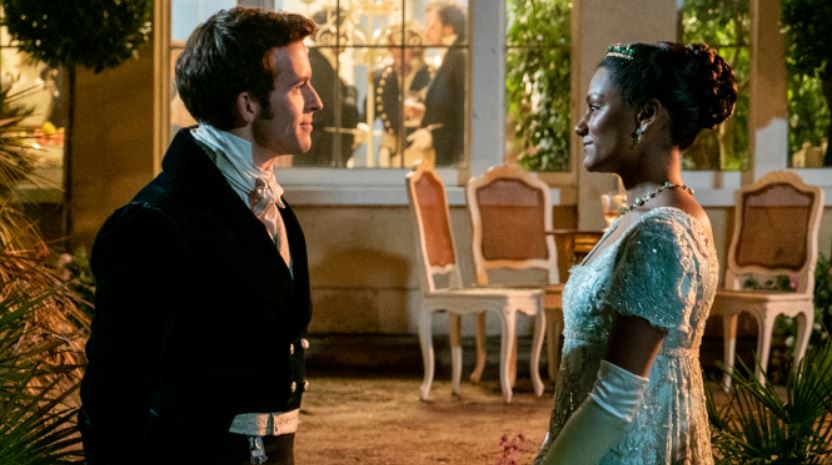 Tell us about your level of excitement about Bridgerton Season 2!