Ladies, we all have our fan-girl moments, don’t we? Brianne Howey, known for her role in “Exorcist” appeared on “The Tonight Show Starring Jimmy Fallon” and shared a story when she literally blacked out after seeing the Marvel star Hugh Jackman at a hair salon. She also spoke about the success of “Ginny & Georgia” alongside Antonia Gentry. Read on to learn more about this candid conversation. 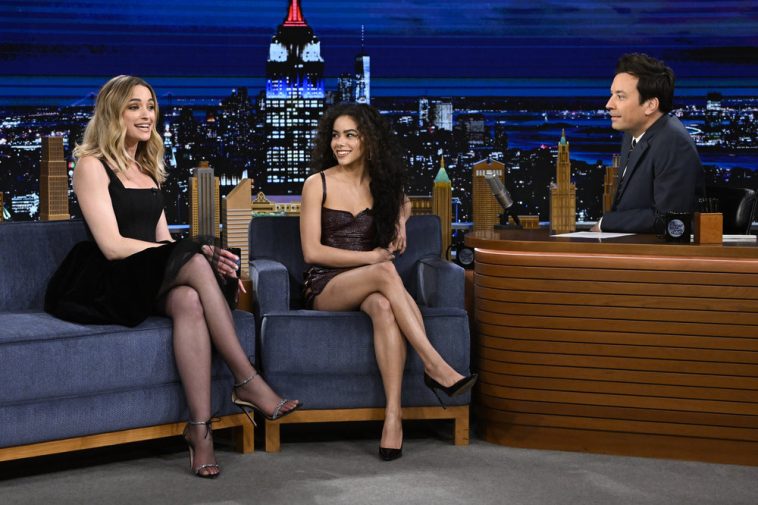 The Sucess Of ‘Ginny & Georgia’

Brianne Howey, known for her roles in “Ginny & Georgia”, appeared on “The Tonight Show”  alongside Antonia Gentry, and spoke about the success of her show, “Ginny & Georgia”. Jimmy Fallon congratulated the duo on the success of this series. He revealed that with the release of Season 2, the show became the number-one show in 60 countries.

“Brianne was there a moment when you realise that the show was taking off?” Jimmy asked. On this, the 33-year-old actress responded, “Yea, you know I was in Berlin over the summer. A very, very delayed honeymoon. And there happened to be a marathon going on by our hotel, so our husband and I are standing and watching the marathon.”

“This very kind grown man runs out of the marathon and approaches us and tells me how much he enjoyed the show,” she added. She was told by the man, “I know I am not your demographic but I love the show.”

As for her role on Ginny & Georgia, Brianne previously revealed that she drew inspiration from growing up with a single mom. She said, “Truthfully, I grew up with a young single mom. My mom had me at 21 and when I first read the script, there is so much of my mom in Georgia. She’s savvy.”

“She did what she had to do, whatever it took to take care of us, and she had to be incredibly, incredibly creative at times. So that relationship resonated with me right off the bat. The accent also really helps me get into character. It’s just so musical and lyrical and Georgia is so performative. You can’t help but lean into it,” Brianne added on her role.

Jimmy then shifted his conversation with Antonia and asked, “When was the first time you realised that the show was a hit.” The actress known for her role as Virginia ‘Ginny’ Miller on Netflix’s hit show, revealed that she was recently in Paris for Fashion Week. When she was going to her hotel, there was a group of people waiting outside. “There’s one fan, she came up to me and she was crying, like shaking, and I didn’t speak French, so I didn’t know how to properly comfort her,” she added.

Antonia revealed that the fan gave her a letter and it was one of the most heartfelt things she’d ever read in her life. Well, the show is truly a global hit and the famous girls have new rules to step out. For instance, Antonia cannot step out of her NY apartment at 3 p.m. because it’s the time that high schoolers get out of their school.

“Ginny & Georgia” was renewed for a second season and premiered on January 5, 2023. The second season has a 60% approval rating on Rotten Tomatoes, based on 10 reviews, with an average rating of 6.5/10. The website’s critics’ consensus states, “Ginny & Georgia continues to strain credulity in its search for topical drama, but fans of the first season ought to still enjoy this sudsy sophomore outing.”

The series, on the other hand, garnered controversies for certain reasons. If you aren’t aware, in 2021, the term “Oppression Olympics” went viral on Twitter in response to a scene where the characters Hunter and Ginny use the term in an argument. The scene was received negatively by viewers, who criticized its commentary on race and stereotypes, with many calling the scene “embarrassing”.

In the same year, Ginny & Georgia ignited another controversy, courtesy of the closing episode of the series. In that episode, Ginny tells Georgia, You go through men faster than Taylor Swift.” The dialogue drew backlash from fans, who condemned the line as being misogynistic and an example of slut-shaming the musician; the phrase “Respect Taylor Swift” trended worldwide on Twitter. Well, Swifties just couldn’t take the joke.

However, Taylor Swift did work of adding fuel to fire by tweeting, “Hey Ginny & Georgia, 2010 called and it wants its lazy, deeply sexist joke back. How about we stop degrading hard-working women by defining this horse shit as funny.” Apart from this, the series was also criticized for its unflattering lines referring to artists like Lana Den Rey and Lady Gaga.

A Fan-Girl Moment With Hugh Jackman… 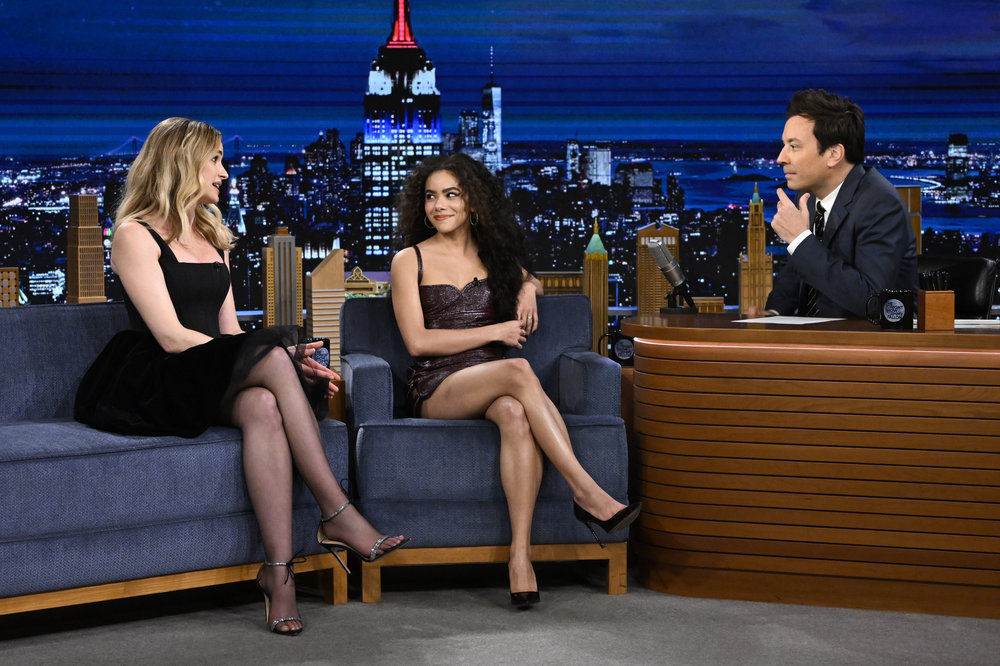 After discussing the huge success of the show’s second season, Brianne was asked by Jimmy Fallon, “What do you love about New York?” She responded, “it’s just so spontaneous, anything can happen here.” She narrated an instance when she was a student at NYU, she also worked as a receptionist at a hair salon.

Brianne added, “I was sitting on at the front desk of the salon and  Hugh Jackman and his two kids go by on Razor scooter, and it made my day.” But the story doesn’t end here. Hugh circled back with his kids and came into the salon. Hugh asked, “Can my daughter use the restroom?” Brianne revealed that she blacked out for a moment and then said, “Yes, of course.”

“One of the women takes the daughter to the restroom and he and I had a small chat, I told him about NYU and what I am studying. When his daughter came out, he asked her to thank her for letting her use the restroom,” she added. Interestingly, Hugh told his daughter to say Hi to Brianne and told her that she is going to be a famous actress one day. Class act, eh?