Sharna Burgess, an Australian ballroom dancer, is a mother now. Isn’t that amazing? On June 28, 2022, the dancer and her boyfriend, Brian Austin Green, welcomed a baby boy. They posted an announcement on Instagram that they are holding their first child.

A Picture With The Baby’s Name, Birth Date And Time Was Posted On Instagram By The Couple

Their baby’s name has also been announced. Zane Walker Green will be the name of their son. “Beverly Hills, 90210” star’s finger is gripped by the newborn’s hand in a black-and-white photo. This is the first child of the “Dancing With the Stars” pro dancer.

Several of her followers and other celebrities expressed their joy at the moment with congratulating messages.

Journey River, 5, Bodhi Ransom, 8, and Noah Shannon, 9, are his children with ex Megan Fox and Kassius, 20, with his ex Vanessa Marcil.

In an interview recently, the actor said that his children are “super excited” about the impending arrival. Green explained that they check on Sharna daily, rub her belly, and talk to the baby. They are counting down the days.

“[The baby] is definitely coming into a super warm household and family, and he’ll be surrounded by a lot of love. It’s exciting.” He stated.

Burgess also shared that she respects Green’s fatherly qualities and looks forward to seeing what kind of bond they both are going to share. 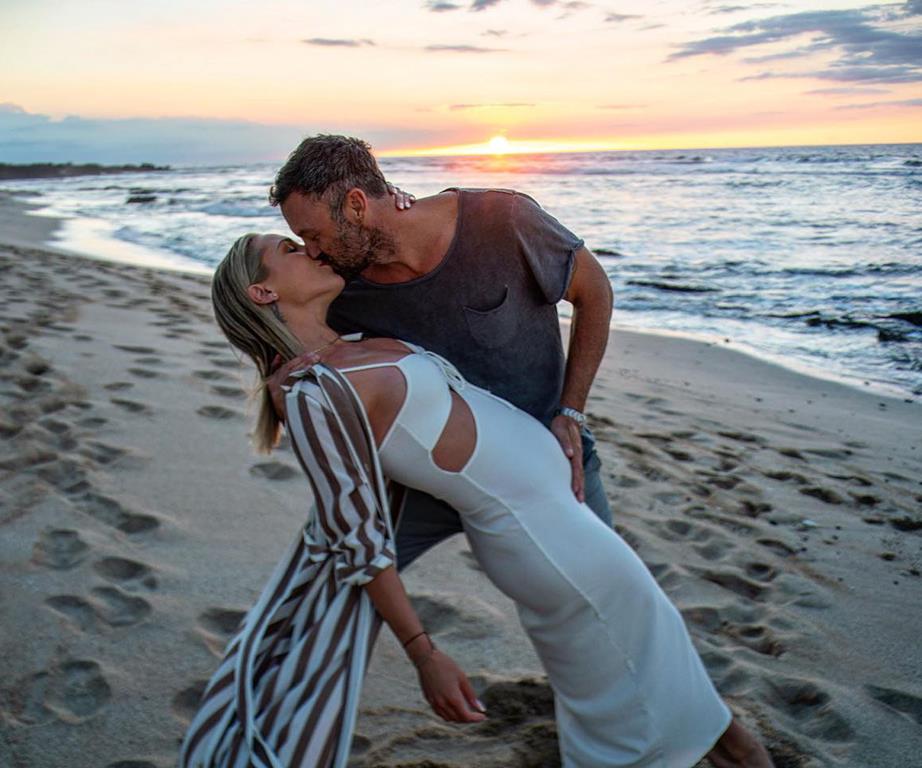 “This is the easiest thing I’ve ever done is be with Bri and be in this family with his kids,” she said. “We may have only had a few years together, but it feels like so much more. It’s been pretty easy for us to take on what the universe has given us.” She added in her statement.

Green And Burgess Have Been Dating Since 2020

Following a PDA-filled Hawaiian vacation in December 2020, Sharna Burgess and Brian Austin Green fell in love, and that was only the beginning of their love story.

Her complete confession earlier that month that she was dating someone new first hinted at the romance. Burgess posted a steamy photo of them on a balcony in January 2021, when the couple went Instagram official.

“We took out time and we really got to know each other for who we are on the inside. And we really built something beautiful,” she said during the couple’s first public appearance. Sources informed the same month that the twosome’s bond was only getting stronger.

Their relationship has become more solid now that they have a baby in their arms. We wish the new parents a happy parenting experience and shower their child with blessings.