Walter White and Jesse Pinkman need no introduction. The iconic characters who ruled over television screens for years in Breaking Bad are now displayed in Albuquerque, New Mexico as statues.

On Friday, Sony Pictures and the City of Albuquerque unveiled the official bronze statues of the two characters that have been gifted to The Duke City by the series creator Vince Gilligan. Read on to see the photos of the statues. 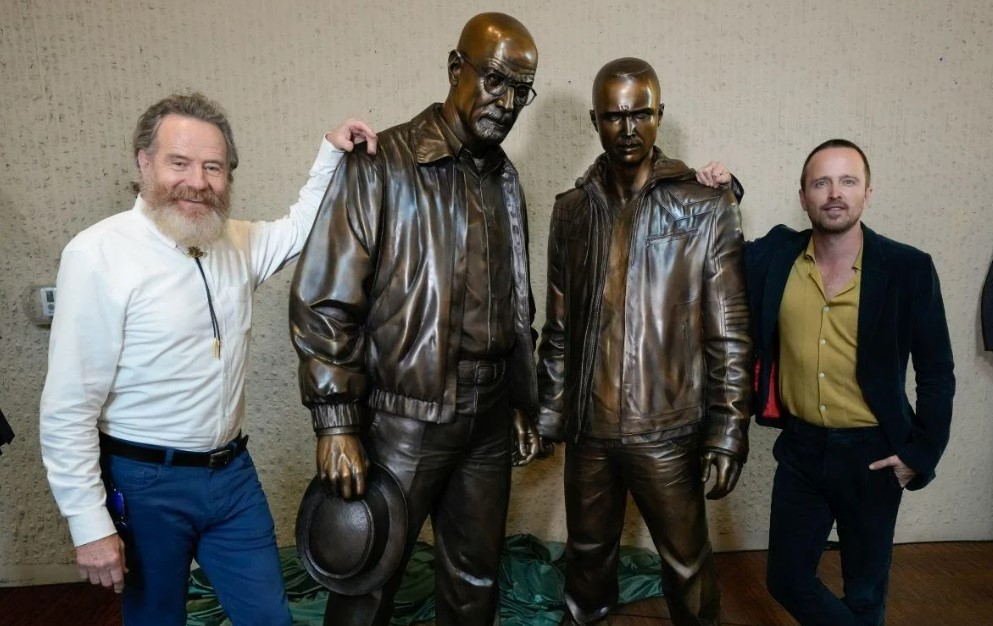 The two statues stand close to each other at the Albuquerque Convention Center, as Walter is seen holding his Heisenberg hat at the side. The unveiling event was attended by the show’s stars Bryan Cranston, Aaron Paul and Dean Norris and creator Vince Gilligan. Better Call Saul actors Rhea Seehorn, Michael Mando, and Patrick Fabian, Saul co-creator Peter Gould, and Albuquerque Mayor Tim Keller were also in attendance.

The statues, that weight 500 pound were created by sculptor Trevor Grove and donated by Sony Pictures Television, which produced the show. Grove had initially created a tiny Walter White wax statue years ago, which got the attention of Gilligan.

“It was so amazing that it just got me to thinking: What if Trevor could sculpt a life-sized version of Walter White in bronze, a medium new to him, and what if he could toss in Jesse Pinkman to boot, and then we donate to the two statues to the city of Albuquerque as a thank-you for your hospitality?” said Gilligan.

“Let me tell you what I see when I look at these two works of art: I see two of the finest actors America has ever produced. I see them in character as two larger-than-life tragic figures, cautionary tales, world-famous ones at that,” he continued.

Paul got Emotional while Talking at the Event 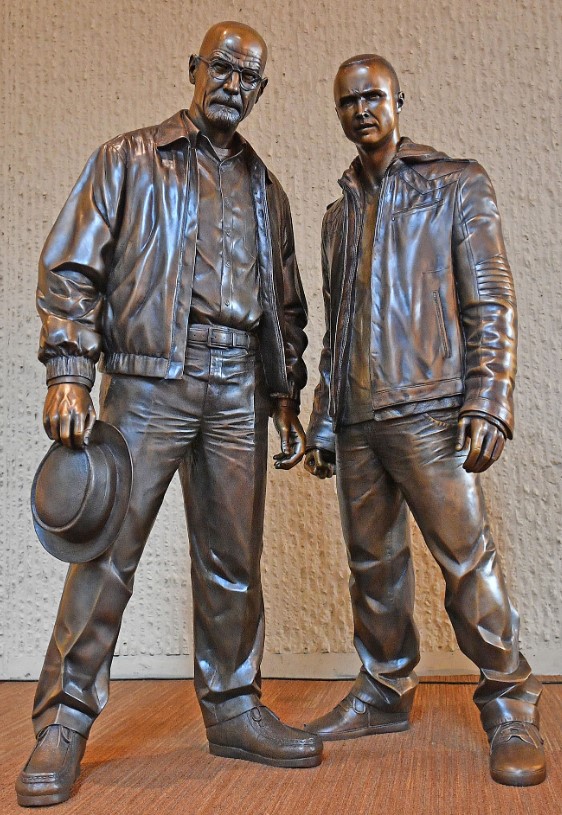 Aaron Paul, who played Jesse Pinkman, got emotional while talking to the crowd at the unveiling event. “I’ve missed you all so much,” said the actor. he further revealed that the AMC show had saved his career.

Paul said, “I auditioned for Breaking Bad, and it completely changed my life. So thank you so much, thank you to Albuquerque — my God, we were here for seven years on and off. It was such a huge part of my life; it still is.”

While, Cranston teased his co-star by cracking jokes. He said, “We’re humbled by this. We’re delighted, slightly embarrassed to have statues of you (Aaron). And when they first came to me and said we want to make two statues of you, and I thought, Wow, fantastic, Heisenberg and Walter White!”

Cranston and Paul are Reprising their Roles in Better Call Saul 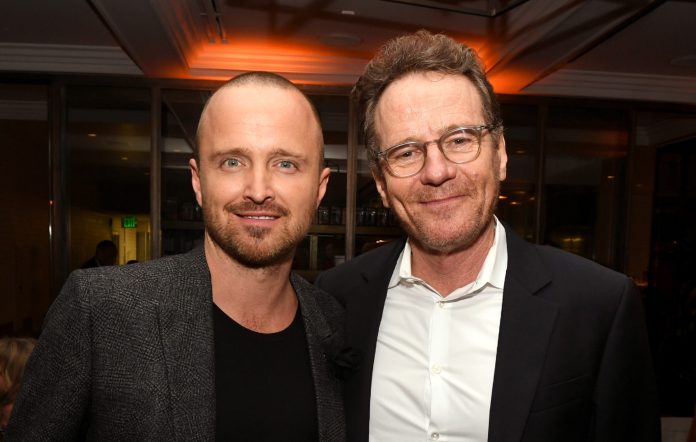 Earlier this year, it was revealed that the two actors would appear sometime in the final season of Better Call Saul. Now it is almost confirmed that they will be appearing the upcoming episode titled ‘Breaking Bad’.

Vince made a special announcement at the event saying, “Spoiler alert, everybody. You’re hearing it first; no one else knows this yet. This coming Monday night, if you happen to be watching the AMC network — and thanks to them as well — you might just see these two on the next Better Call Saul.”