Brad Pitt surely knows how to make a fashion statement! Not long ago, the Once Upon a Time in Hollywood actor took some inspiration from the 90s and showed up in a skirt at the Berlin Premiere of his upcoming film Bullet Train.

The Hollywood actor hit the red carpet for a screening of his forthcoming movie Bullet Train in Germany. Continue reading further to catch a sight of Brad Pitt’s great outfit for the big day. On Tuesday, Brad showed up at the Berlin premiere of his upcoming film Bullet Train in a different getup. For the event, he opted for a mauve linen button-up shirt and a flowing brown skirt with a matching jacket.

The 58-year-old completed his outfit with pendant necklaces, a pair of sunglasses, and black combat boots. He flaunted a few rarely seen tattoos at the premiere of his forthcoming film Bullet Train. Brad has a couple of tattoos but he is rarely seen putting them on display, especially on the red carpet. One tattoo of the actor seems to be that of a rhinoceros face and the other one appears to be a human skull. As of now, we don’t know the meaning behind the two tattoos.

Brad has a few tattoos dedicated to his ex-wife, Angelina Jolie

Many of the tattoos on Pitt’s body are dedicated to his ex-wife Angelina Jolie including ink on his lower back, which was a scribble made by Angelina back in the day when things were good between them. 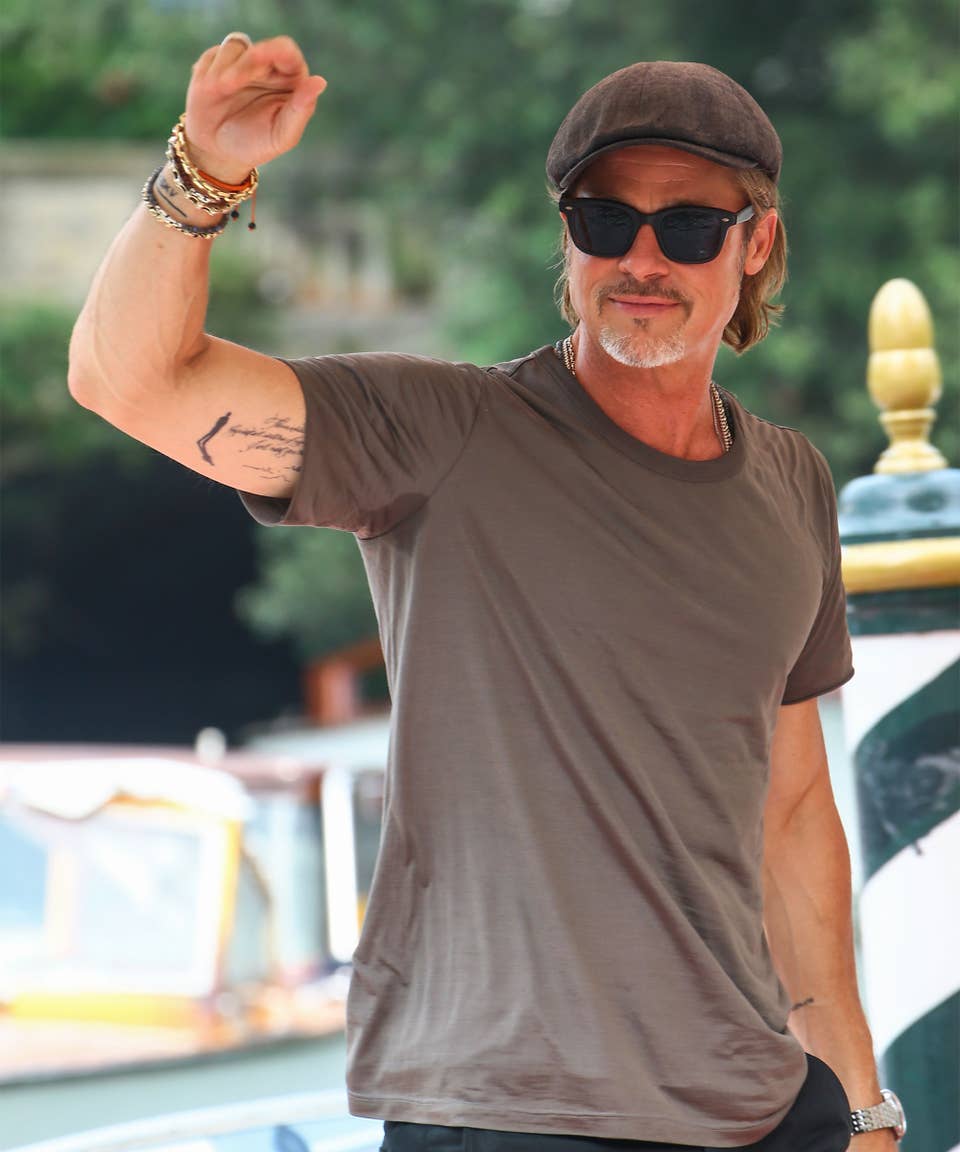 Right before getting married to Jolie in 2014, the Mr. & Mrs. Smith star got a tattoo of a romantic quote by Rumi that read, ‘There exists a field, beyond all notions of right and wrong. I will meet you there’.

How did the fans react to Brad Pitt’s outfit?

One user wrote, “I imagine social media will be extremely calm about Brad Pitt wearing a skirt to a film premiere but I will say straight off I love it.” Another user tweeted, “Just when you think Brad Pitts couldn’t get sexier, he wears a skirt.”

Followed by a user who penned, “Oh my eyes, my eyes #BradPitt looking like a washed up bleached stinking beach bum with a skirt should come with a warning. Alcohol and drugs truly has burned his brain cells. He is trying so hard to emulate young stars like #HarryStyles” 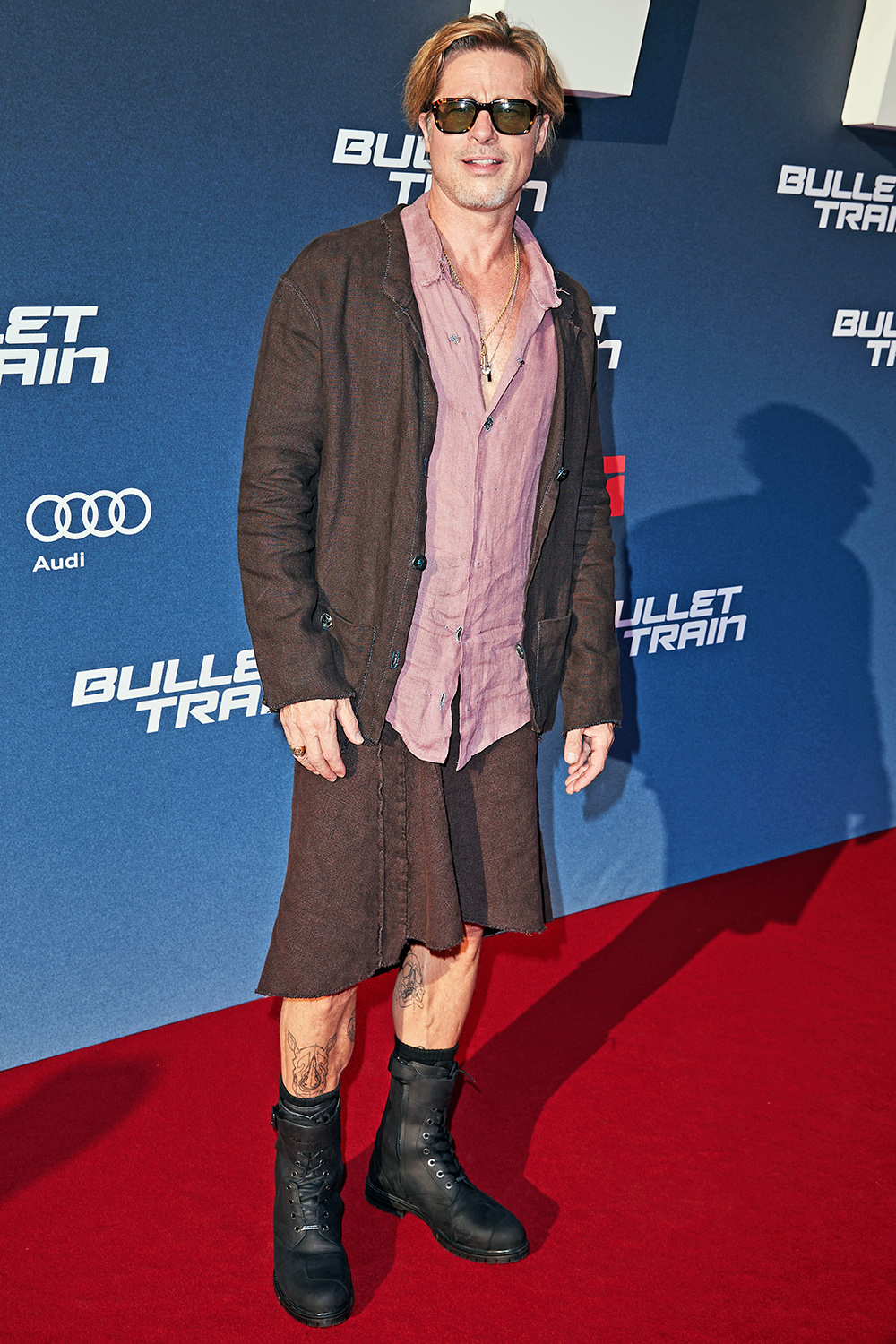 Another user added, “Brad Pitt is rocking a skirt on the red carpet and I officially give up in trying to make any sense of what is happening anymore.” One user tweeted, “Whoever convinced Brad Pitt to wear a skirt should be flogged.”

Did you like Brad Pitt’s outfit for the Berlin Premiere of Bullet Train? Kindly let us know your thoughts in the comments section below. Don’t forget to stay tuned with us for the latest updates from the world of showbiz.