Will Amado save his skin from Code, and how will Kawaki and Boruto prepare for no-limits Code? Find out in Boruto Chapter 71. 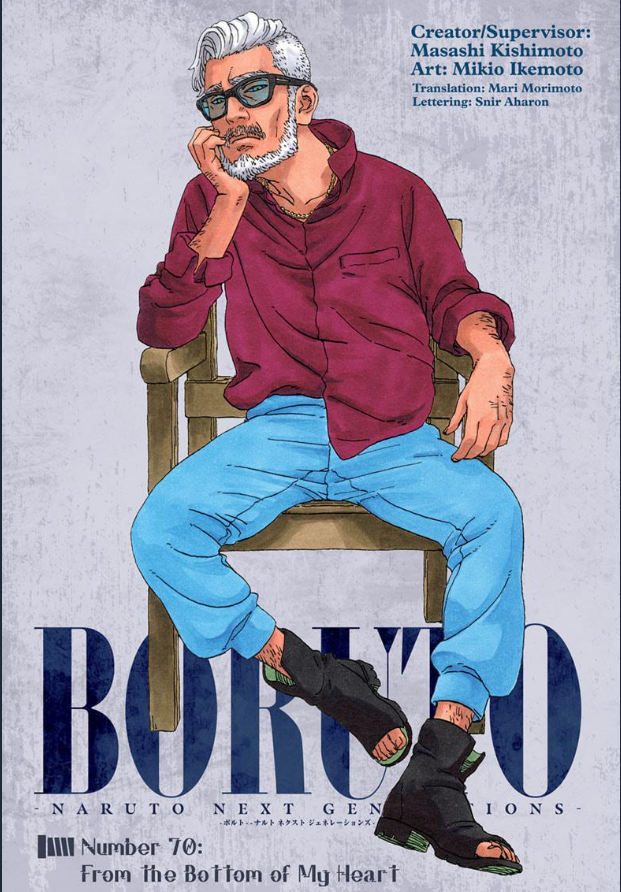 Eida and Code have retreated to their hideout, but not before taking Amado with them. And Amado begging for his life sets off the limiters on Code’s strength making him the biggest threat to Konoha.

The next issue of Boruto is going to be released on June 20, 2022. With Amado’s life hanging in balance and Code becoming a serious threat to Konoha. The stakes are getting higher for Kawaki and Boruto.

Catch up on the story of Boruto becoming the best in the shinobi world only on the official Viz Media website. You can catch Boruto chapter 71 and many more mangas for free.

As the last chapter left us with Shikamaru offering Eida the decision to move to Konoha with Kawaki, the tension is high. While Shikamaru is stalling for time, trying to get Eida to his side, Code lashes out.

But Eida makes it very clear that she has a pawn to move in this situation as well, shutting up Code. Immediately after Eida’s left eye changes to another colour. We see Naruto reaching the door but are unable to unlock it.

Ino informs him that the situation inside is delicate and should be left to Shikamaru as Sasuke and Boruto arrive as well. Inside the room, Eida calls out Shikamaru’s plan revealing his strategy to everyone present.

Through Ino’s connection, Amado tells Shikamaru Eida’s true power, Senrigan. An eye that can see everywhere in the present as well as keep an account of everything that has happened in the past.

We go back to Kawaki’s room where Sumire tries to comfort Kawaki with the knowledge of his gravest act. As they talk about the karma that Amado engineered into Kawaki, Sumire starts theorizing the true motivations behind Amado’s operations on Kawaki.

Kawaki to the Rescue

Hearing this Kawaki goes off to find out for himself, the true intentions of the man behind everything. But as we move to the room again, Amado is being tortured by Code into calling his limiters off.

While Amado is reaching his limits and tells Shikamaru that he has no choice but to relent. The strategy genius makes the argument that Code will have no use for Amado if he takes Code’s limiters off. 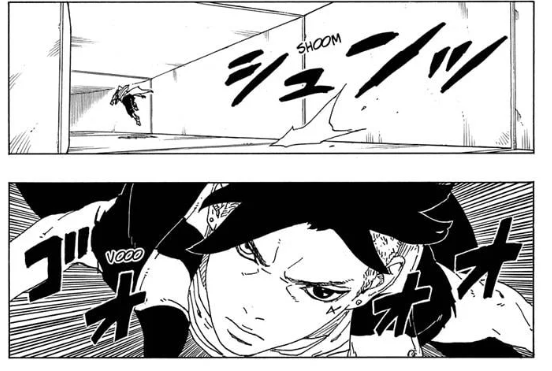 But suddenly Eida tells Code that they need to leave Konoha right now as Kawaki is approaching. With his new ability to turn himself into any size, he can travel through the ducts to reach the office and force Amado into a confession.

Shikamaru concludes that Kawaki can destroy Code’s claw marks which will cut off their exit points. But Amado tells him that there is one more thing. Eida’s abilities are nullified in front of her blood relatives and Ohtsutsuki.

Shikamaru boils in anger when Amado reveals this information. But Amado makes it clear that Kawaki is the strongest in the village, as even Naruto can’t keep a check on him. If he and Code were to die in battle that would be the best outcome for Shikamaru.

Code and Eida escape but they take Amado with them as Kawaki enters a room with only Shikamaru and Delta. And back at their hideout Code makes Amado set his limiters off. 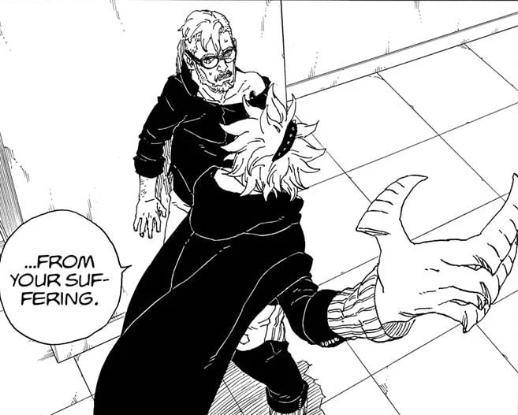 The chapter leaves us with the cliffhanger with Amado’s life in peril at the hands of an even stronger Code with white hair along with his new transformation.

Next month, we are going to know about the life of Amado hanging in balance. Surrounded by his creations will he get what is coming to him or will he successfully execute his plans with Kawaki? Find out next month on June 20.