Boruto Chapter 70: Will Eida Come Over to Konoha?

Will Code be left alone if Eida decides to change ship? What happens to Kawaki if Eida agrees in Boruto Chapter 70? 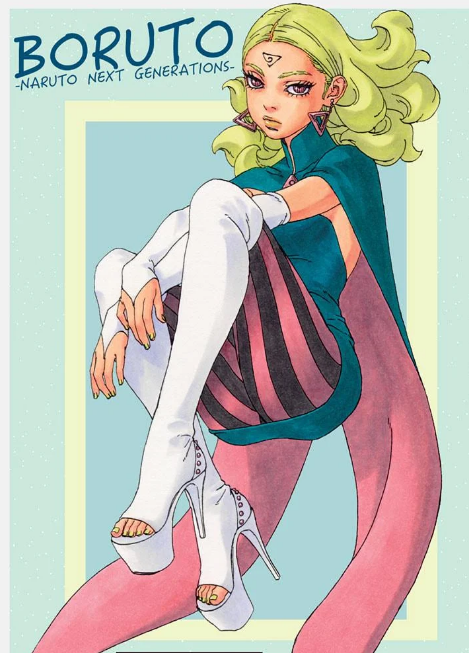 With such a huge proposition in front of her, will Eida change sides after being given the opportunity of living with Kawaki in Konoha?

With Boruto left with no immediate threats like the Otsutsuki clan other than the lingering of Code, what will be the next course of action for the manga? But for immediate answers, will Code lose all his support if Eida decides to switch sides at the last moment?

Find that out in the next release, Boruto Chapter 70 when it arrives on 20th May 2022, and you can read it on the official Viz Media website or the Shounen Jump app.

The last chapter left us with the arrival of Eida in Konoha for the first time. Helping Code acquires his power from Amado, Eida looks fearsome as she walks into the room. When the newly reintroduced, Delta jumps off to kick her, the kick stops in mid-air.

With everyone in the room immediately trapped under the spell of Eida, there is nothing that they can do. But Shikamaru doesn’t know this and tries to alert everyone to come to the room in an instant.

Elsewhere in the building, we see that Sasuke is apologizing to Boruto. As he wasn’t there for the kid when all of the stuff with Code was happening. Then they talk about the hate that Kawaki has received because of his actions.

When Boruto keeps calling them bros, Sasuke lingers on the word just a little bit reminding us of the bond that he and Naruto used to share. On the same note, Boruto returns Sasuke his ninja headband but Sasuke gifts it to Boruto instead, saying that it would give him some sort of semblance. 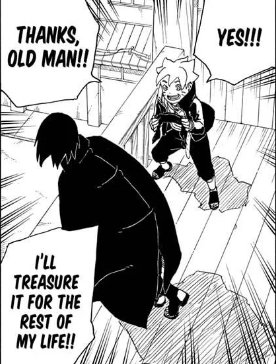 From here we move on to the more people who weren’t with Boruto when he dies and came back, Sarada and Mitsuki. Mitsuki shows real malicious intent towards Kawaki, as he took away Mitsuki’s son for a moment there. But when Sarada shows some care for Boruto, Mitsuki assumes that she is into him. Like where did that even come from?

But they agree that they have to do a lot of training to catch up to the level of insane power that Boruto is attacked with, whether it be Code or anyone else. 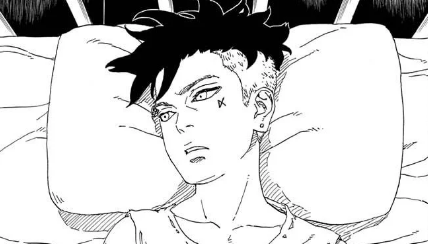 And with this, we go on to the person who killed Boruto in the first place, Kawaki. When he wakes up, Naruto is sitting across from him telling him that he is still a part of Konoha regardless of what he did.

And as Kawaki doesn’t know anything about Boruto’s revival, his first reaction is to ask why didn’t they resent him more for his actions. And Naruto reveals to him because of Karma, Boruto is still alive.

Back in the room, Shikamaru asks Ino to connect him with Amado, who tells him all about Eida’s abilities. Hearing all of that Shikamaru decides that Naruto and Sasuke coming into the room would only cause more trouble.

So he tells Ino that she should divert them and goes on to ask about Eida’s true motive. When she tells him about her affection for Kawaki, Shikamaru proposes that Eida should move to Konoha instead of helping Code.

With this as the closer, Boruto has stepped up the suspense game of what will happen next. But two can play that game, and we will be seeing what will be Eida’s decision in the next chapter, Boruto Chapter 70.