By Mallika
May 24, 2022
Share
Facebook
Twitter
Pinterest
WhatsApp
The new Chip and Dale: Rescue Rangers movie has pissed off longtime Disney fans as it finds an unlikely villain in adult Peter Pan, considering the tragic real-life story behind Bobby Driscoll.

Bobby gave the voice to Peter Pan for Disney’s 1953 film adaptation and the character’s look was inspired by the actor. Disney turned its back on Driscoll when he was 16. The reason was that he was just another teenage boy with acne. Read on to learn more about the tragic end of this Juvenile Academy Award-winning actor. 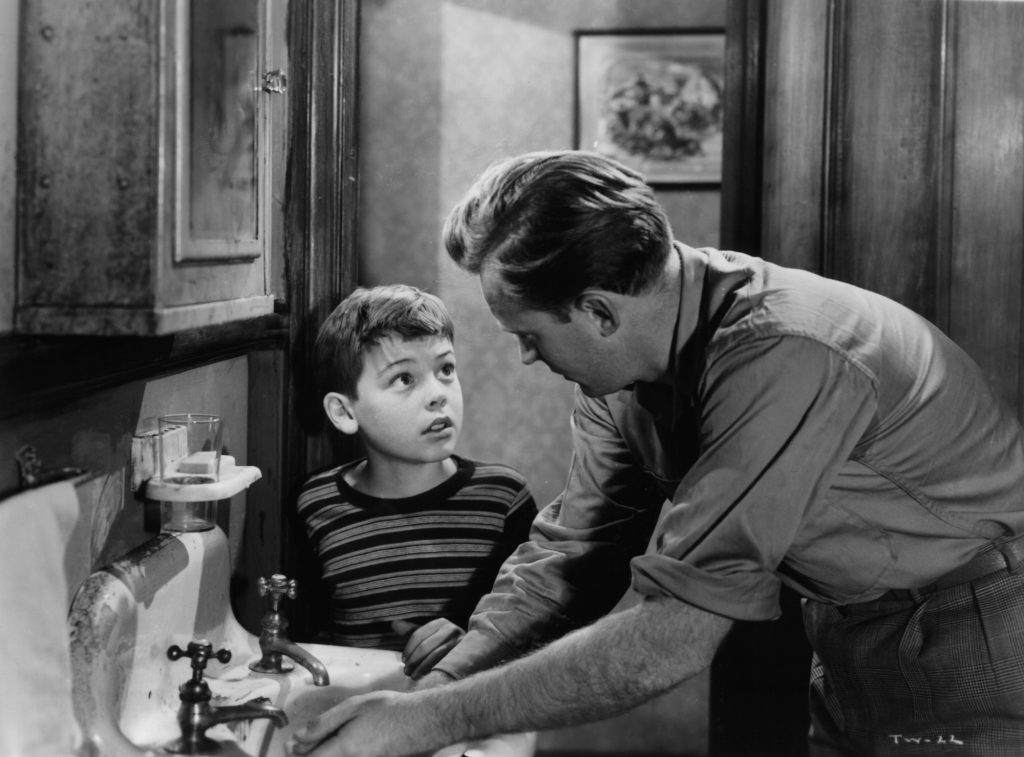 Robert Cletus Driscoll aka Bobby Driscoll was born in Cedar Rapids, Iowa, and was the only child of insulation salesman Cletus and his wife Isabelle, a former school teacher. The family moved to Los Angeles when a doctor advised the father to relocate to California because he was suffering from the work-related handling of asbestos.

Driscoll’s parents wanted their son to pursue his career in films. Their barber’s son, an actor, got Bobby an audition at MGM for a role in the family drama “Lost Angel” (1943), which starred Margaret O’ Brien. 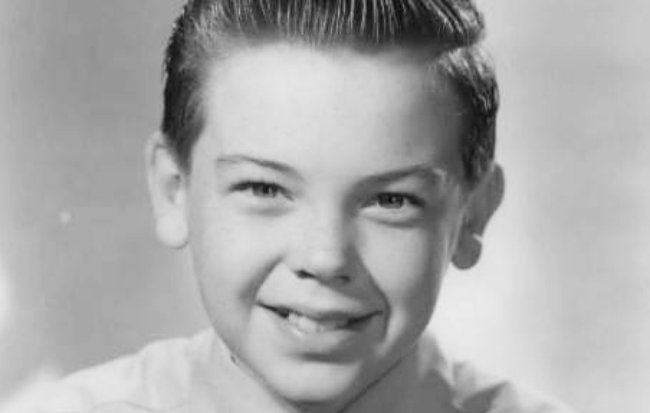 During the audition, Bobby was barely five years old. His curiosity about a mock-up ship for the director impressed and he chose Bobby over 40 applications. Wondering how? Bobby asked the director where the water was!

After that Bobby played a two-minute debut in The Fighting Sullivans (1944). His additional screen portrayals included films like “Sunday Dinner for a Soldier”, “The Big Bonanza” and “So Goes My Love”. He also played smaller roles in movies like “Identity Unknown” and “From This Day Forward”. Driscoll and Luana Patten became the first two actors placed under contract by Walt Disney. Boby played the lead character in “Song of the South (1946), which introduced live-action in the producer’s films in conjunction with extensive animated footage.

The film turned Driscoll and his co-star Luana Patten into child stars, and they were discussed for a special Academy Award as the best child actors of the year, but for the year of its release, no juvenile awards were presented at all.

The American Press nicknamed the duo Walk Disney’s “Sweetheart Team”. Bobby and Patten starred together in “So Dear to My Heart”, which was the first all-live action movie. Driscoll played Eddie Cantor’s screen son in the RKO Studios musical comedy If You Knew Susie.

Patten and he appeared with Roy Rogers and the Sons of the Pioneers in the live-action teaser for the Pecos Bill segment of Disney’s cartoon compilation Melody Time in 1948. Later, Driscoll starred in “The Window”, which became an international hit. So Dear to My Heart and The Window earned Driscoll a special Juvenile Academy Award in March 1950 as the outstanding juvenile actor of 1949. 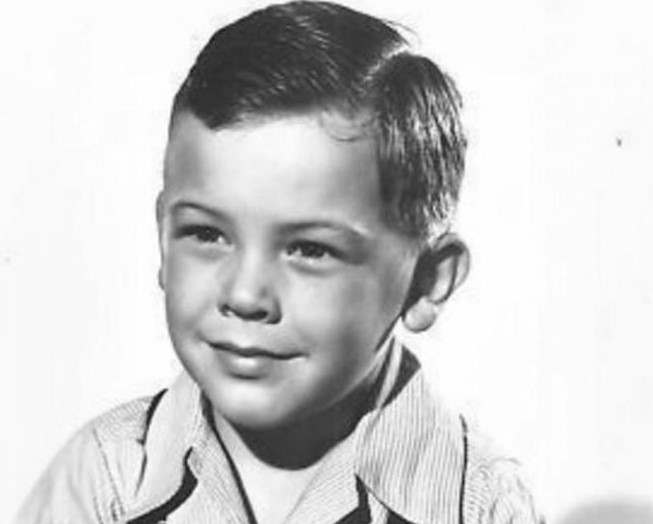 Driscoll was cast to play Jim Hawkins in Walt Disney’s version of Robert Louis Stevenson’s Treasure Island (1950). The film became an international hit, earning Bobby several Disney projects like “When I Grow Up” and “One Hour in Wonderland”. Driscoll lent his voice to Goofy, Jr. in the Disney cartoon shorts “Fathers are People” and “Father’s Lion”, which were released in 1951 and 1952, respectively.

In 1947, he recorded a special version of “So Dear to My Heart” at Capitol Records. In 1954, he was awarded a Milky Way Gold Star Award, chosen in a nationwide poll for his work on television and radio. 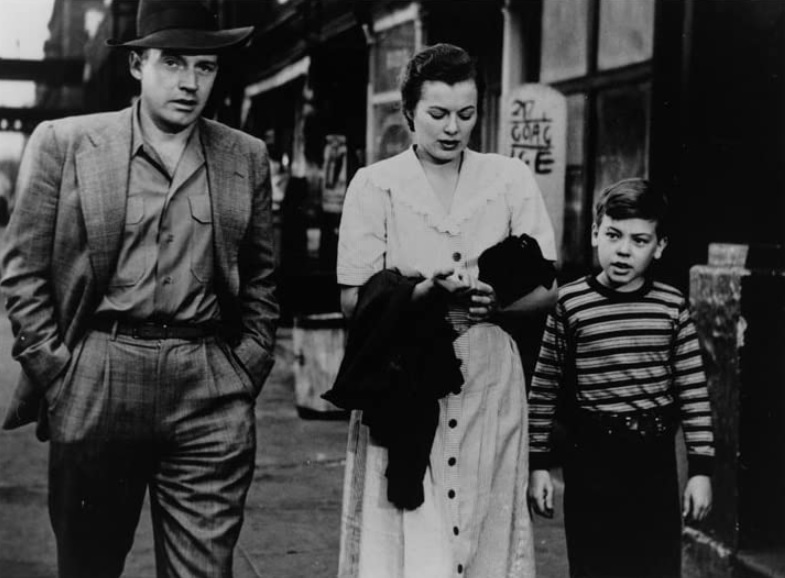 Driscoll’s last major success was Peter Pan (1953). Driscoll was cast with Disney’s “Little British Lady” Kathryn Beaumont, who was in the role of Wendy Darling; he was used as the reference model for the close-ups and provided Peter Pan’s voice while dancer and choreographer Roland Dupree was the model for the character’s motion.

In his biography on Disney, Marc Elliot described Driscoll as the producer’s favourite “live-action” child star: “Walt often referred to Driscoll with great affection as the living embodiment of his own youth”.

During a project meeting following the completion of Peter Pan, though, Disney stated that he now saw Driscoll as best suited for roles as a young bully rather than a likeable protagonist. Driscoll’s salary at Disney had been raised to $1,750 per week and compared to his salary, Driscoll had little work from 1952 on. 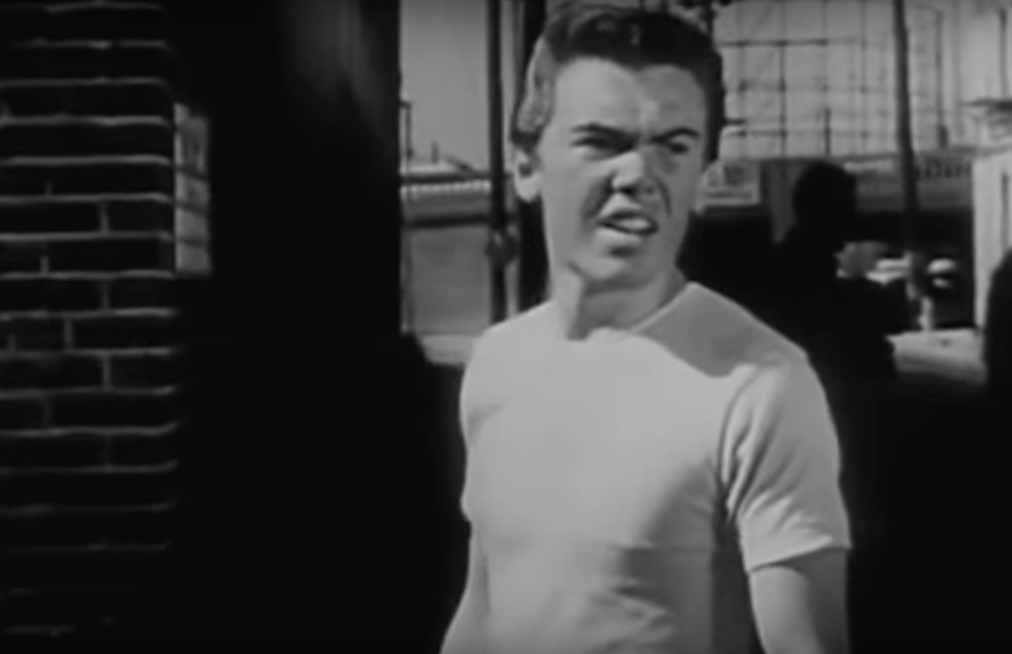 In March 1953, the additional two-year option Driscoll had been extended (which would have kept him at Disney into 1956) was cancelled, just weeks after Peter Pan was released theatrically. So what exactly happened?

Well, the shameful reason for terminating his contract was a severe case of acne accompanying the onset of puberty. On top of this, Disney kept the reasons for termination confidential until the release of Peter Pan. Bobby was 16-years-old at that time.

The Downfall of a Star 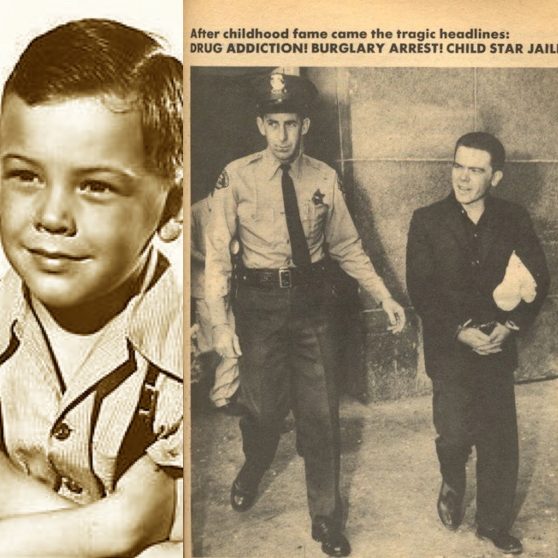 After Bobby left Disney, his parents withdrew him from the Hollywood Professional School, which served child movie actors, and sent him to the public West Los Angeles University High School. His grades substantially, he was the target of ridicule for his previous film career, and he began to take drugs.

Bobby narrated once, “The other kids didn’t accept me. They treated me as one apart. I tried desperately to be one of the gang. When they rejected me, I fought back, became belligerent and cocky—and was afraid all the time.” At his request, Driscoll’s parents returned him the next year to Hollywood Professional School, where in May 1955 he graduated.

However, his drug use increased. Bobby was mostly using heroin and was arrested in 1956 for drug possession but the charge was dismissed. In 1957, he had only two television parts, as the loyal brother of a criminal immigrant in M Squad, a long-running crime series starring Lee Marvin, and as an officer aboard the submarine S-38 in an episode of the World War II docudrama series The Silent Service.

Bobby eloped with his girlfriend Marilyn Jean Rush in 1956 against his parent’s will and married her. They shared two daughters and one son but their relationship shattered. The couple divorced in 1960.

His final screen roles included “The Scarlet Coat” and “The Party Crashers”. Bobby was charged with disturbing the peace and assault with a deadly weapon, the latter after hitting with a pistol one of two hecklers who made insulting remarks while he was washing a girlfriend’s car. These charges were dropped too. However, his career was already in shackles.

Bobby Gets an Unmarked Grave 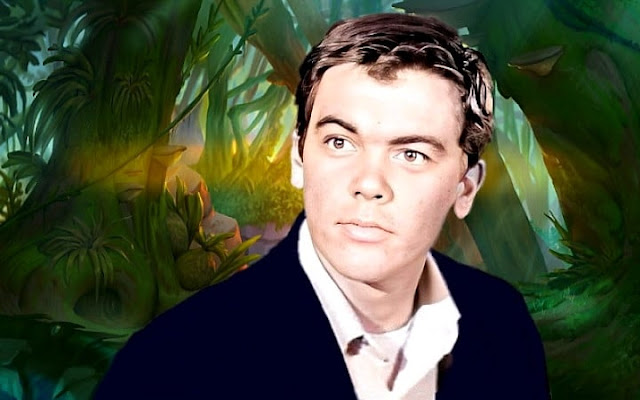 On March 30, 1968, two boys in a deserted East Village tenement at 371 East 10th St. found Driscoll’s body lying on a cot, with two empty beer bottles and religious pamphlets scattered on the ground.

A post mortem examination determined that he had died from heart failure caused by advanced atherosclerosis, from his drug use. No identification was on the body, and photos shown around the neighbourhood yielded no positive identification. His unclaimed body was buried in an unmarked pauper’s grave in New York City’s Potter’s Field on Hart Island.

In 1969, it was Bobby’s mother who sought the help of officials at the Disney studios to contact him as his father was nearing death. This resulted in a fingerprint match at the New York City Police Department, which located his burial on Hart Island. Although his name appears on his father’s gravestone at Eternal Hills Memorial Park in Oceanside, California, his remains are still on Hart Island.

This was the end of a star who passed away at the age of 31 with no one around. Bobby may have earned a star on The Hollywood Walk of Fame but he wasn’t respected enough for his eternal talent during his hard times.

However, the most promising tribute to Driscoll is Lost Boy: The Bobby Driscoll Story, a long-gestating documentary in the works by Jordan Allender, a 30-year-old film-school graduate who was raised on Disney lore. He spoke about himself and his dad:

“If we weren’t at Disneyland, we were at collectable stores looking for vintage antiques, when we got home, we watched old movies, and I became a big fan of So Dear to My Heart. I think that was Bobby’s best role.”

So #ChipNDaleRescueRangers came out today. Let's talk about the disgusting portrayal of Peter Pan as the villain

In the Rescue Rangers film, Chip (John Mulaney) and Dale (Andy Samberg) meet an older Peter Pan (Will Arnett), who is disillusioned with the film industry. He lost his job in movies after getting too old and turned to crime. Fans are agitated by Disney’s “disgusting portrayal” of Peter Pan.

Bobby Driscoll was the voice of Peter pan and one of Disney poster child before they basically threw him to the street when he reached puberty. He died at the age of thirty-one from drugs and misery. And in this movie, they do THAT. That's why I'll never watch this shitty movie. pic.twitter.com/9SpRsvqCDR