For those of you who are unaware, let us share with you, this was the 43rd edition of the award show. Keep scrolling further to know whether your favorite celeb took the prestigious award home or not. The Blue Dragon Film Awards 2022 were indeed a star-studded affair. The 43rd edition of the award show was attended by many renowned names from the world of the Korean entertainment industry.

The main ceremony was hosted by Under The Queen’s Umbrella actress Kim Hye Soo and Hospital Playlist star Yoo Yeon Seok. The two of them did a good job and entertained the viewers throughout the award show. 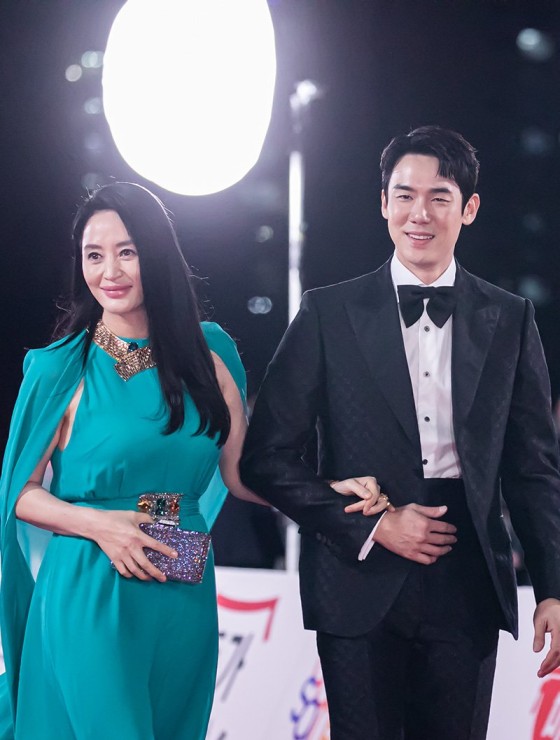 Kim Hye Yoon bagged the Best New Actress award for her brilliant performance in the movie The Girl on a Bulldozer, meanwhile, Kim Dong Hwi took home the trophy in the male category for his acting in the film In Our Prime. Jung Seo Kyung and Park Chan Wook snagged the award for Best Screenplay for Decision to Leave. The movie called The Roundup won the trophy for Most Popular Film in the Audience Choice category award. Go Kyung Pyo, Lee Ji Eun (IU), Daniel Henney, and Yoona are the winners of the Popular Star Award.