Blac Chyna has a Dating History with 15 Men: Full Timeline is Here

We know you are all excited to know the names of the men that the American model Blac Chyna has dated till now. She has been in relationships with some popular celebs from Hollywood. So what are you waiting for? Read on. 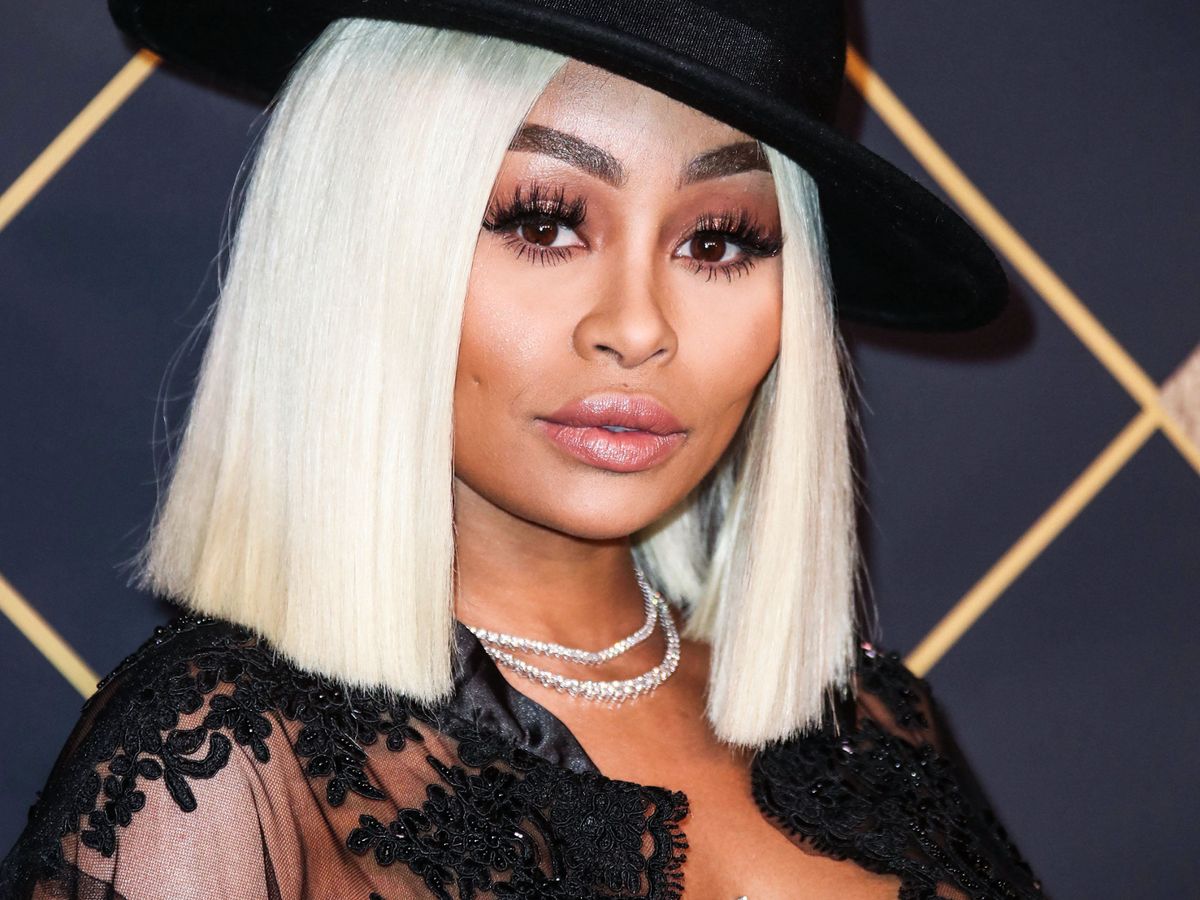 When did Blac Chyna come into the spotlight?

Angela Renee White, popularly known as Blac Chyna was born on 11 May 1988, in Washington, DC, United States. To pay for her college education, she became an exotic dancer at a Maryland gentlemen’s club. Who has Blac Chyna dated before?

In the past, the businesswomen has been in many relationships. We will take you through the list that will feature all her past relationships to date. The list of Blac Chyna’s boyfriends and exes includes YBN Almighty Jay, Swae Lee, Playboi Carti, and Soulja Boy.

In the year 2011, Chyna appeared in a music video for the rapper’s song Rack City. During an interview, she said that Tyga asked her to join her on his tour the same year but she declined. The pair began dating in December 2011. The two got engaged on December 11, 2012. They welcomed a baby boy together in October 2012 and named him King Cairo Stevenson. Tyga and Chyna parted ways in 2014 when the rumors of him being in a relationship with Kylie Jenner started swirling in the air.

Jayceon Terrell Taylor well known by his stage name The Game was also linked to Chyna in September 2014. He is an American rapper, songwriter, record producer, and actor. He is quite popular in the hip-hop scene. He dropped his first mixtape You Know What It Is Vol 1 in 2002. Soon afterward he was signed with Dr. Dre’s Aftermath label. 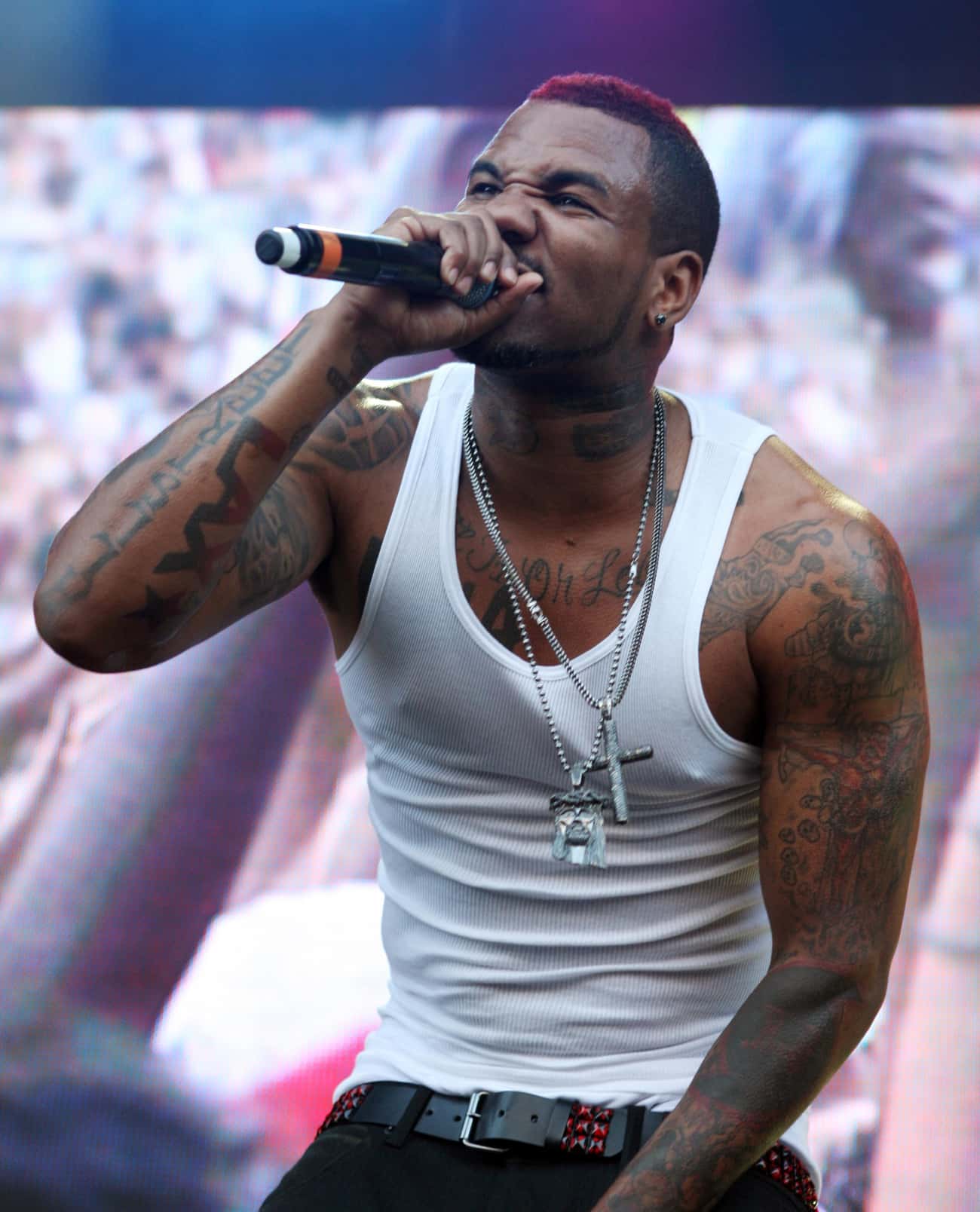 The twist in the tale was when Tucker started dating Chyna, he was married to his wife Tracy at the time. The former Phoenix Suns Baller’s relationships seemed pretty complicated then. He even deleted his Instagram account and Chyna removed all the photos and videos that featured the player. 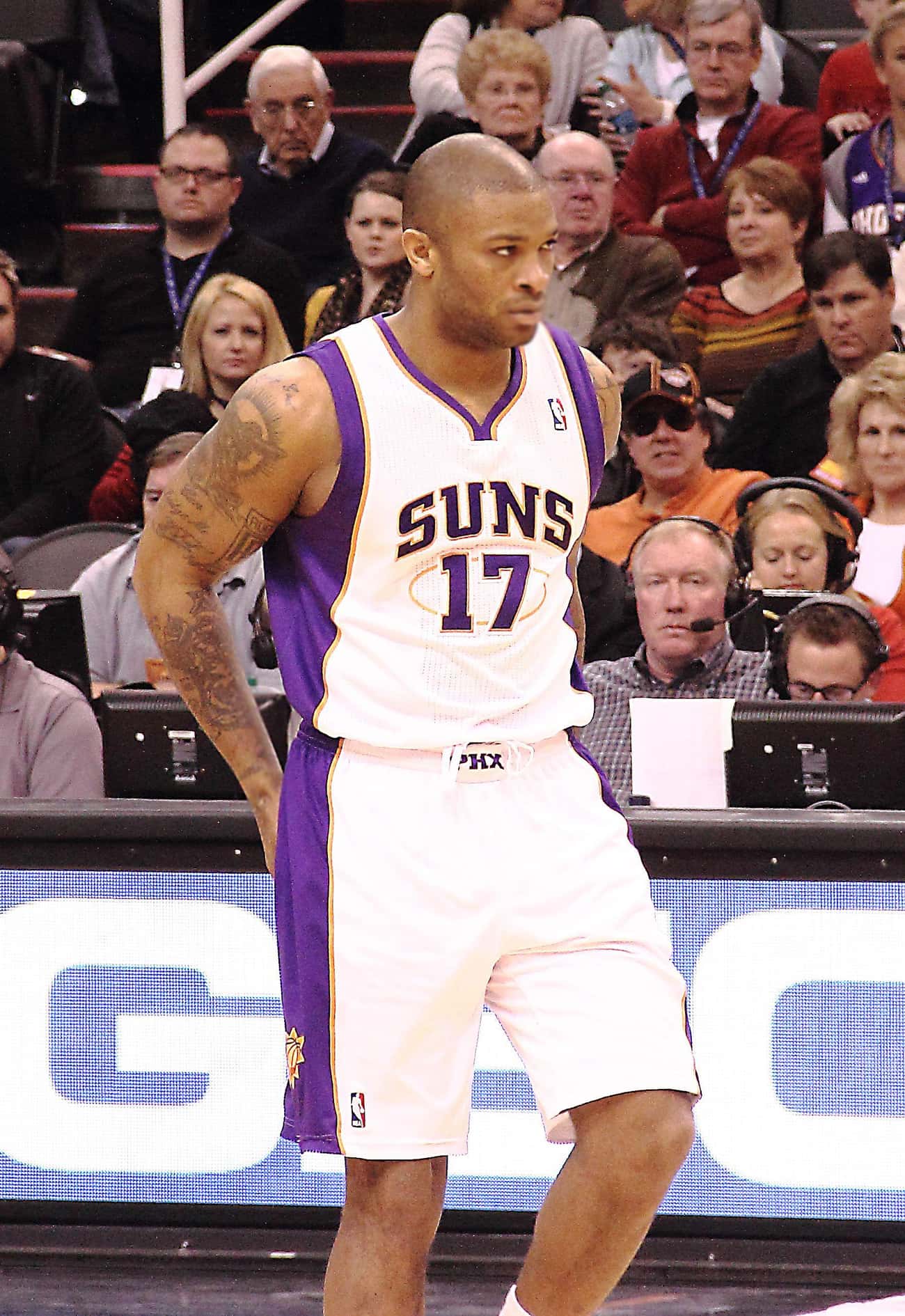 Blac began dating TMT boxer J’Leon Love in May 2015. At the time, they stated that they were just good friends but the truth cannot be hidden for a long time. They even shared pictures on social media. The two went their separate ways after a short time. 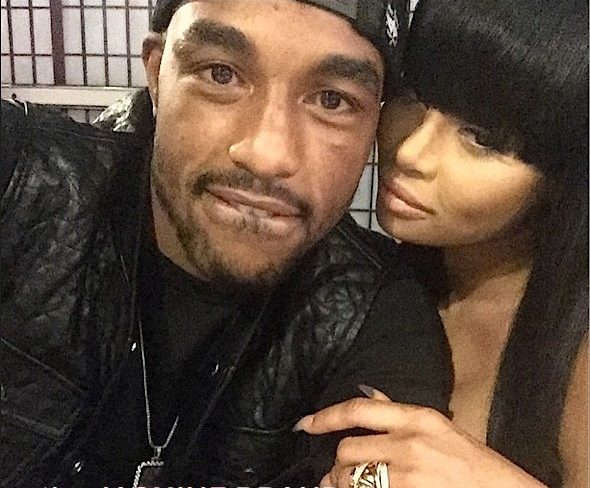 For those of you who don’t know Johnny Winn, he is an American businessman by profession. Winn was in a relationship with Chyna from August 2015 to October 2015. Blac made her relationship with Johnny official on the exact day when Tyga and Kylie Jenner showed off their new relationship on the MTV Music Awards red carpet. She posted a steamy pic with her beau.

Pilot was rumored to be dating Chyna in late 2015. The rumors of these two began when a few photos of them cuddling with each other got leaked on the internet in December 2015.

During an interaction with the media, Jones spilled the beans on his relationship with Blac. He said, “We actually met at a party that I was hosting, so we got really close around the end of 2015 for sure. We didn’t have to put a title on anything. We both kind of knew how we felt about each other.” 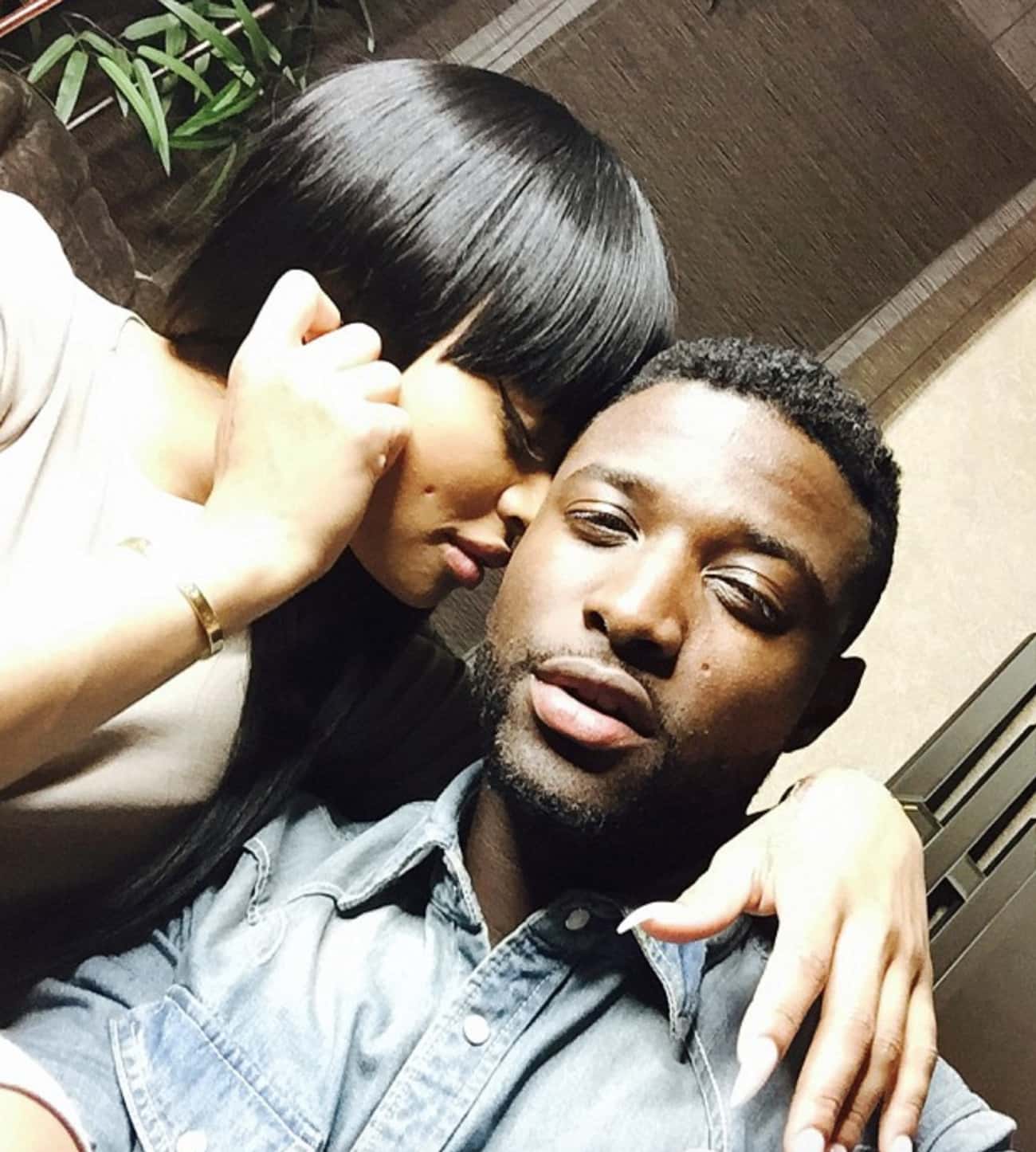 After a while, Chyna was linked to Rob Kardashian. By chance, Jones got stuck in a feud with the two reality stars. Pilot talked about the change in behavior of the model after she hit it off with Rob. He said, “She’s not a little bit of a bully, she clearly did bully me — there’s no ‘little bit’ to it.”

Jones further added, “The fact is that she tried to intimidate me via social media, and I don’t think that that is OK, and I don’t think that that’s right. At the end of the day, all of us in this situation are parents and look at the example that we are teaching. … These platforms are being used to really harass people. I was outed on social media. She’s a master manipulator.”

Chyna started dating the Keeping Up with the Kardashians star Rob Kardashian in January 2016. The pair got engaged in April 2016. Rob continued to date the model despite knowing the fact that his sister Kylie Jenner was dating Chyna’s ex and baby daddy at the time. 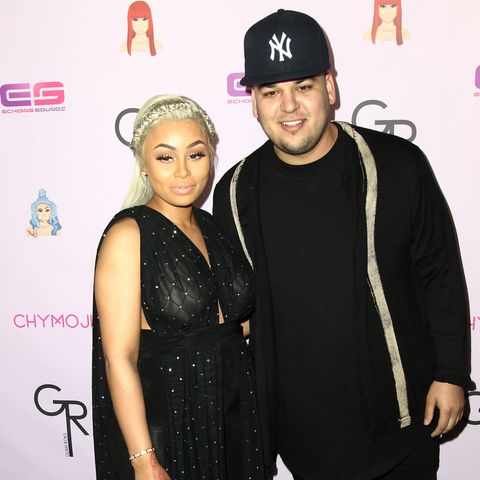 The duo announced that they were expecting a baby a few weeks later. They welcomed their first child, a sweet baby girl Dream Renée Kardashian on November 10, 2016. Then in December, Kardashian took to his Snapchat and announced that Chyna has moved out of the couple’s house with their daughter Dream and she took all her belongings with her. Following this, things got messy between Rob and Chyna. They kept firing shots at one another through social media and then they began fighting for the custody of their daughter Dream. Their relationship went through its fair share of ups and downs.

In 2017, Blac’s close friend Star Divine stated that she was dating American rapper Safaree at the time. The fling of Chyna and Samuels was short-lived. Safaree Samuels is a record producer and songwriter. 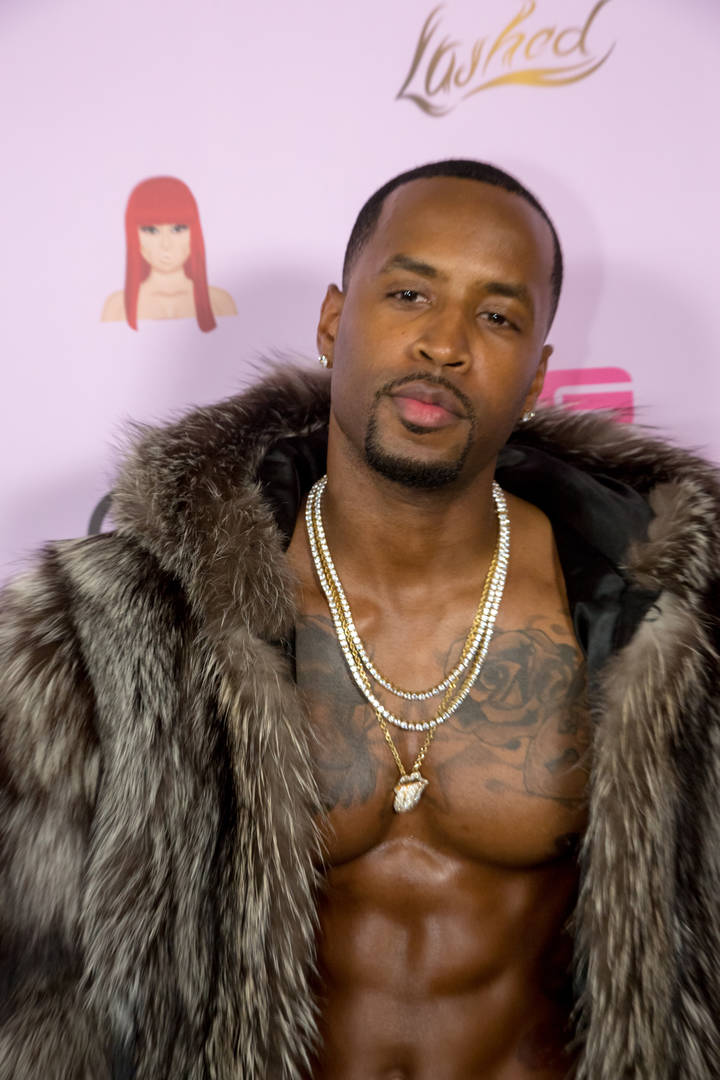 When Rob Kardashian started clapping back at Chyna and all of her other men on social media, the first name that came out was that of rapper Ferrari Tru. The two dated from April to July 2017.

During an interaction with  OK! magazine, the rapper explained the scandal and said, “I wasn’t expecting it to go down the way it did. When I woke up my phone was going off I thought something was wrong with Apple because my notifications weren’t showing up and then I saw Rob put all this stuff out and he was hurt clearly.” 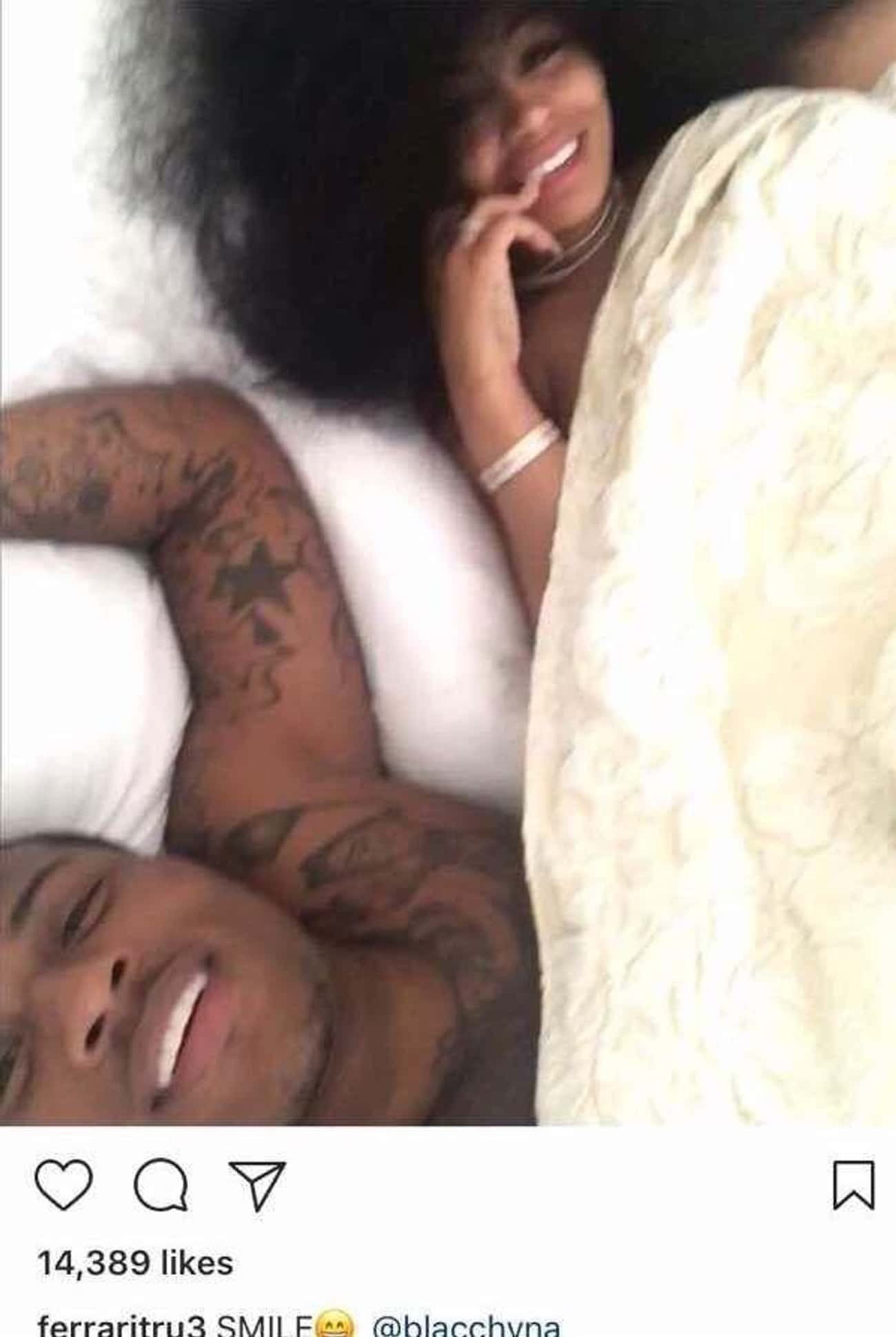 The aspiring rapper further added, “Rob’s a good dude, he’s a solid guy I don’t have anything against him.” He was caught in bed with Chyna in the picture that he posted on Instagram.

Rapper Mechie and Blac Chyna dated from July to September 2017. The sex tape of the pair got leaked to the press which somehow got him in the public eye. When asked about the video, the rapper denied leaking the video. Carti was in a relationship with Chyna from October 2017 to January 2018. During an interview with “Ebro in the Morning,” the rapper disclosed that the relationship he had with Chyna was a little more than an enjoyable fling. He said, “You know, I just got a lot of friends. LA get crazy, you know. … Yeah, [Chyna] my homie, though. We ain’t that deep. Good week.” Rae Sremmurd rapper Swae Lee and Blac Chyna are rumored to have had a fling in January 2018. Swae Lee’s ex Marliesia Ortiz took to social media to bash Chyna. She posted an Instagram Story in which she also tagged the reality TV star. 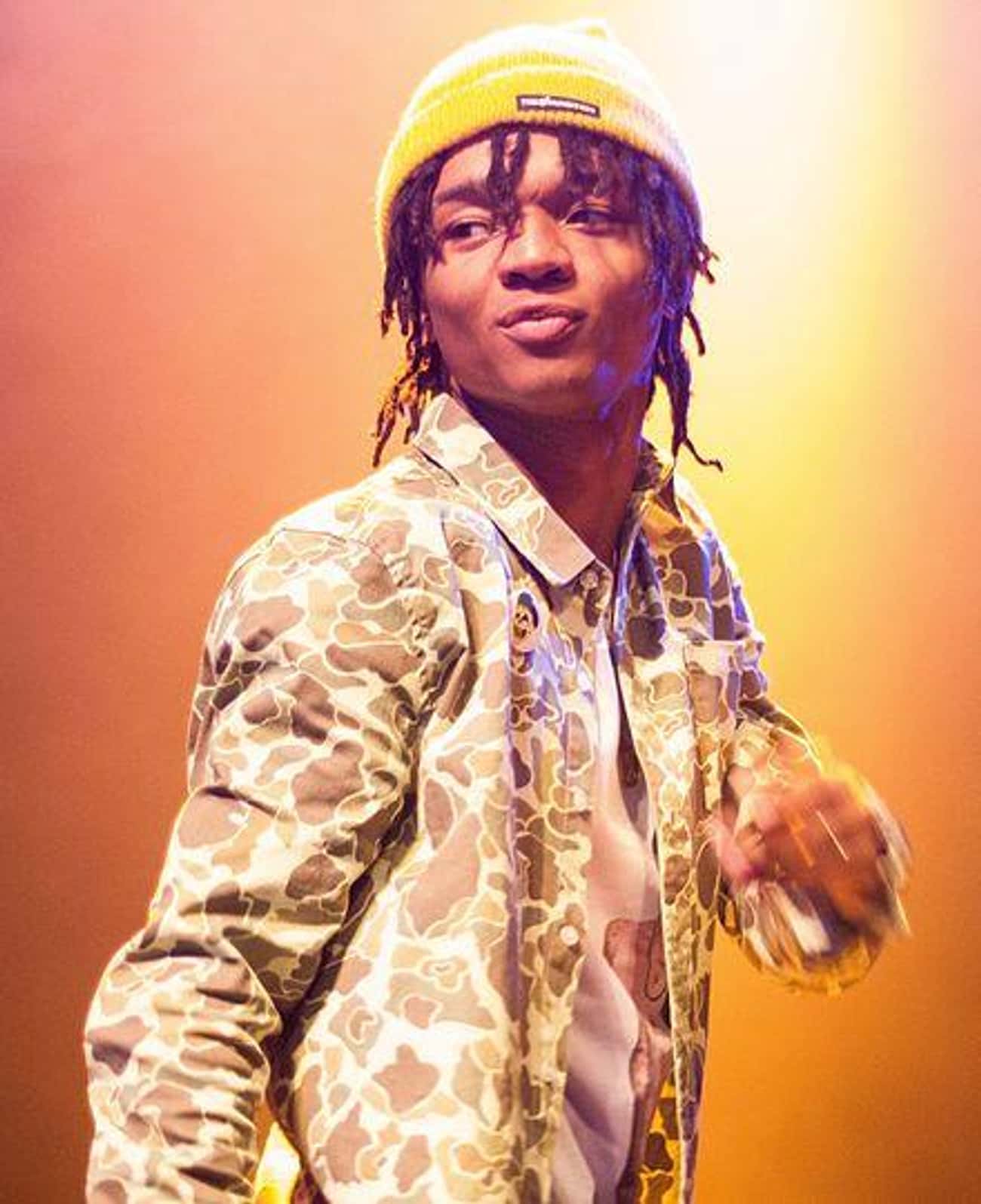 Rapper YBN Almighty Jay is 10 years younger than Chyna. He dated the model from February to May 2018. She broke up from Jay as he slid into the DMs of other girls. You must do what’s best for you. 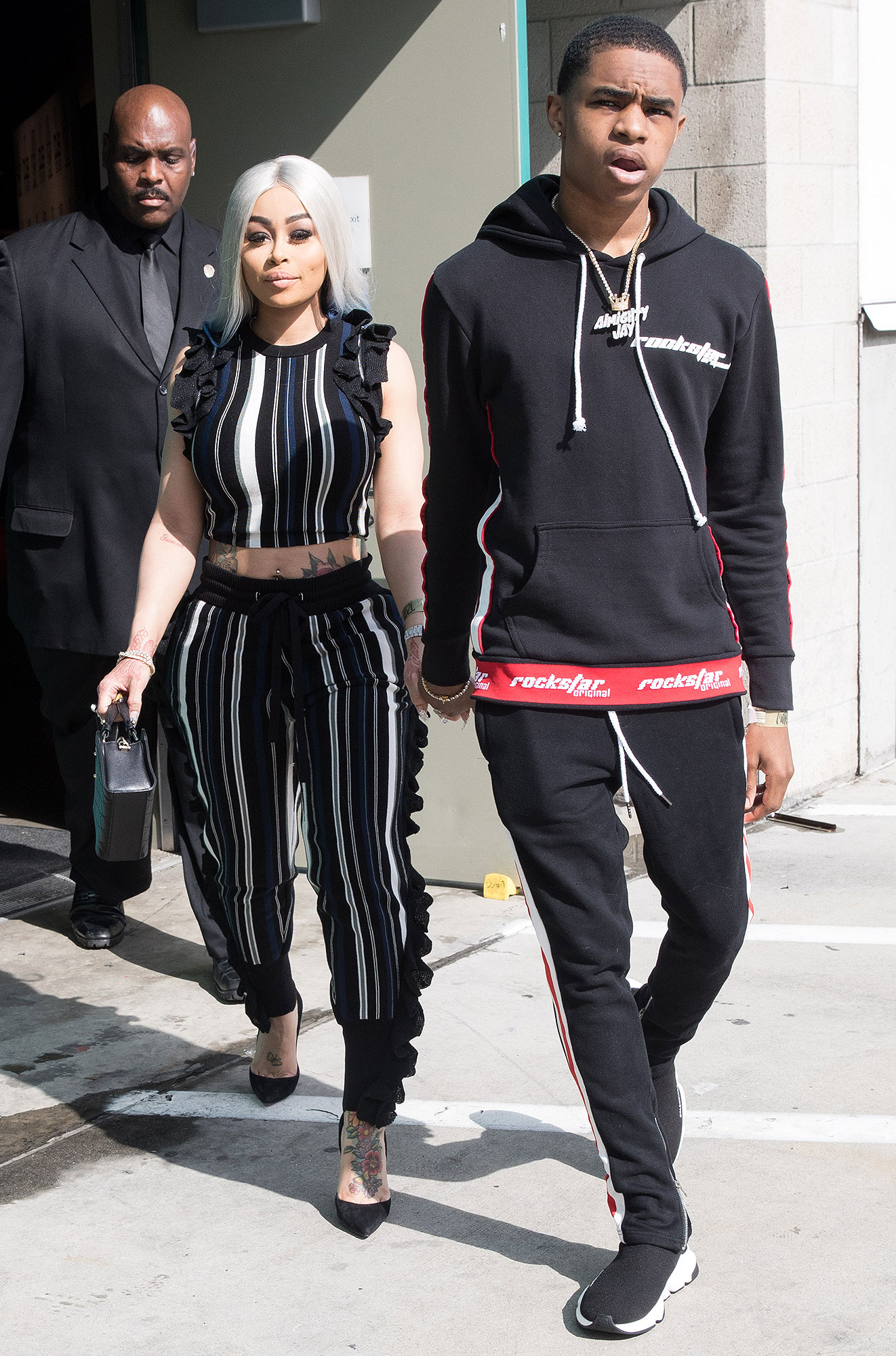 Rumors about Chyna dating rapper Kid Buu started and they broke up within the blink of an eye. The pair got in a fight due to hotel security when they were vacationing in Hawaii with close friends. The 33-year-old was romantically linked to Soulja Boy in the year 2019. The Chicago rapper even posted a picture of the duo on his Instagram on February 12, 2019, and he also shared a couple of Instagram Stories in which we saw the pair getting mani-pedi done at a salon. Chyna broke up with Soulja after a few weeks of dating in 2019 itself. It was stated that the split of these two had something to do with her ex Tyga at the time. The close sources reported that they had a heated argument about Tyga with whom Chyna shares a son with.

How many kids does Blac Chyna have?

Right now, Blac Chyna has two kids, she shares a son Cairo with rapper Tyga and a daughter Dream with Rob Kardashian. She often keeps sharing the snaps of both her kids with her fans on various social media platforms. Last year, the model was linked to Lil Twin but no official comment has been made by her on the same.

Being in a relationship is okay and not being in one is also absolutely fine. It is just an individual’s choice. Blac must follow her heart now and in the future as well. Don’t forget to stay tuned with us for the latest updates.