Deep Reverence singer Big Sean and his girlfriend Jhené Aiko were recently spotted out and about in public at Coachella 2022. Read the article further to know more about the couple’s latest outing and everything about their dating history. All about the pair’s recent outing to Coachella 2022

Sean and Aiko were photographed together at Coachella Valley Music and Arts Festival by the paps and we must say the two brought their A-game to the big music festival. They were seen holding each other’s hands and enjoying the festival on Saturday night. 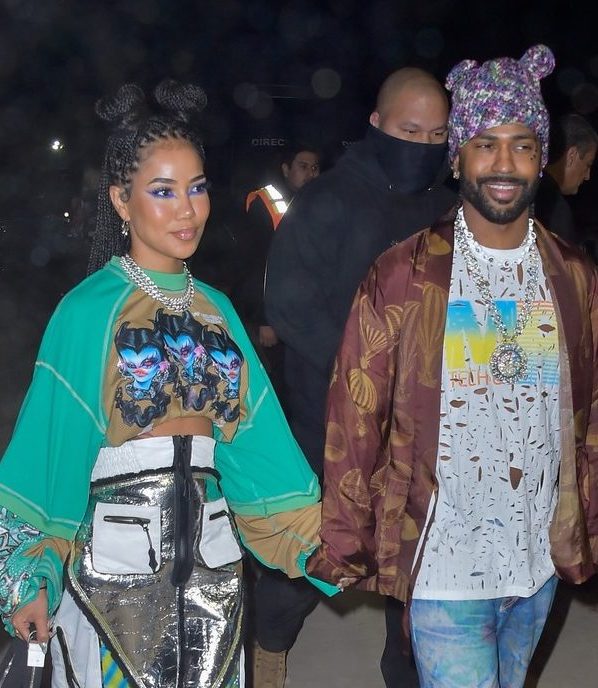 The 34-year-old rapper and his partner Jhené looked super cute together as they went to the Neon Carnival at the music event, which is held at the Desert International Horse Park nearly 15 minutes outside the film festival. Coachella is one of the most popular music festivals in the whole world.

Where is Coachella 2022 taking place?

This year, Coachella is being held at the Empire Polo Club in Indio, California. The music festival began on April 15, 2022. Some bigwigs from the world of music are supposed to take over the stage of the music festival. As of now, Sign of the Times singer Harry Styles along with Shania Twain has set the stage of the music festival on fire. He also played One Direction’s song What Makes You Beautiful in his set. We also witnessed Happier Than Ever singer Billie Eilish at the festival. During her historic performance at Coachella, she duetted With Damon Albarn and gave Beyoncé a shout-out.

During an interaction with BBC Radio 1Xtra, the 34-year-old spilled the beans on her relationship with Hate Our Love singer and stated that the two became friends in the year 2012. The same year her brother passed away due to cancer. 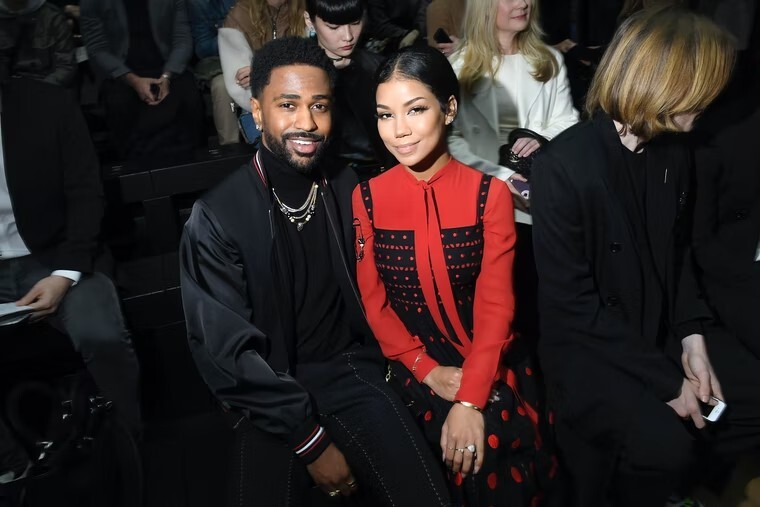 Sean and Aiko dropped their first album together. He also took to his Twitter to thank their fans and wrote, “Luv to everybody who supported @TWENTY88, feels like we really started something special in 2016. See you next year.”

Luv to everybody who supported @TWENTY88, feels like we really started something special in 2016. See you next year. pic.twitter.com/N29vLjd1y9

In the year 2016, the power couple did some amazing collaborations including Beware (which also featured Lil Wayne), I’m Gonna Be, I Know, and Win Some, Lose Some. The duo created a new music group named ‘Twenty88’ in March of 2016 and they released a studio album of the same name on April 1.

Def Jam issued a statement that described their album as “the story of the highs and lows of a relationship, with insights into conflict, memories, love, sex, and more.”

Love started floating in the air for these two. During an interview with Billboard, Sean said “Jhené is more than just a friend. I don’t know how else to describe it — me and her are just cool like that. I love her and I know she loves me.” 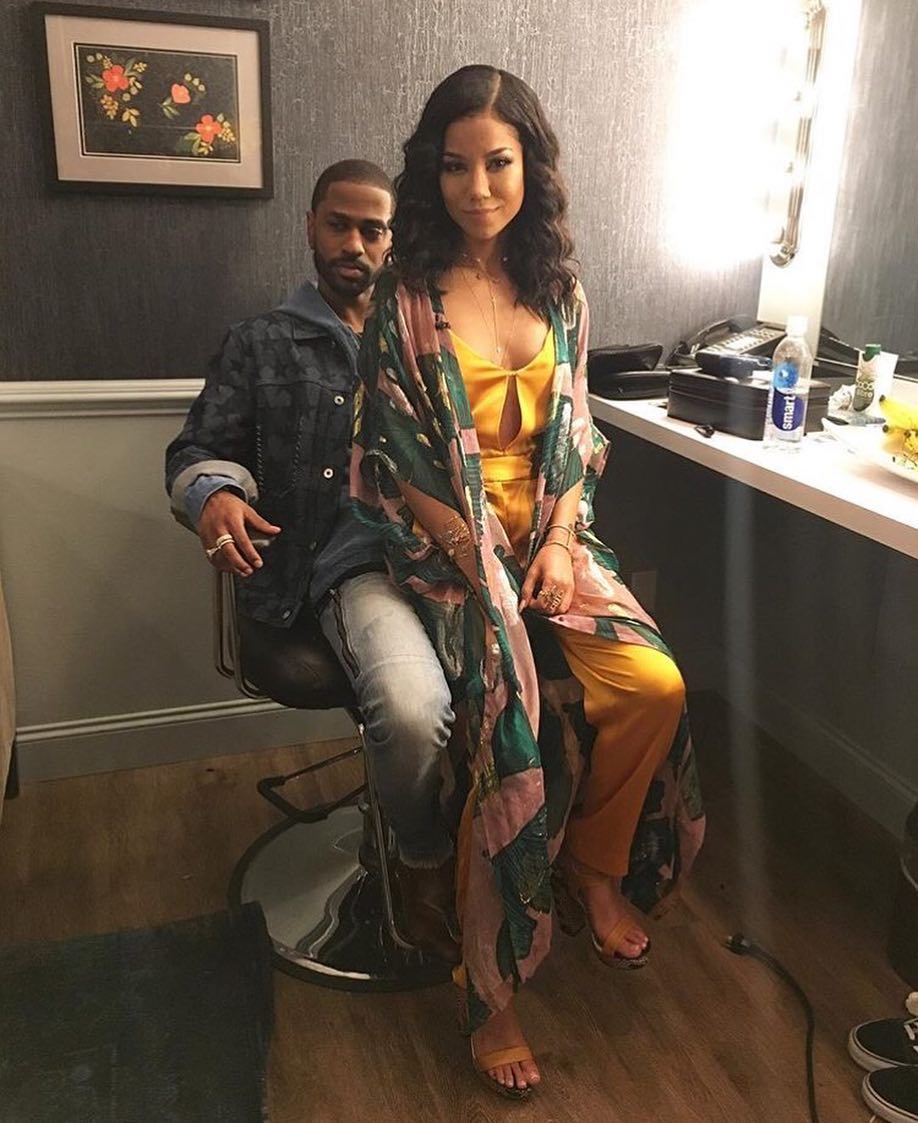 Big and Aiko kickstarted a tour to promote their album Twenty88. In their performances, we could see the sparks flying between them. The two even shared a smooch on the stage at the Power 106 Powerhouse Concert on June 6. 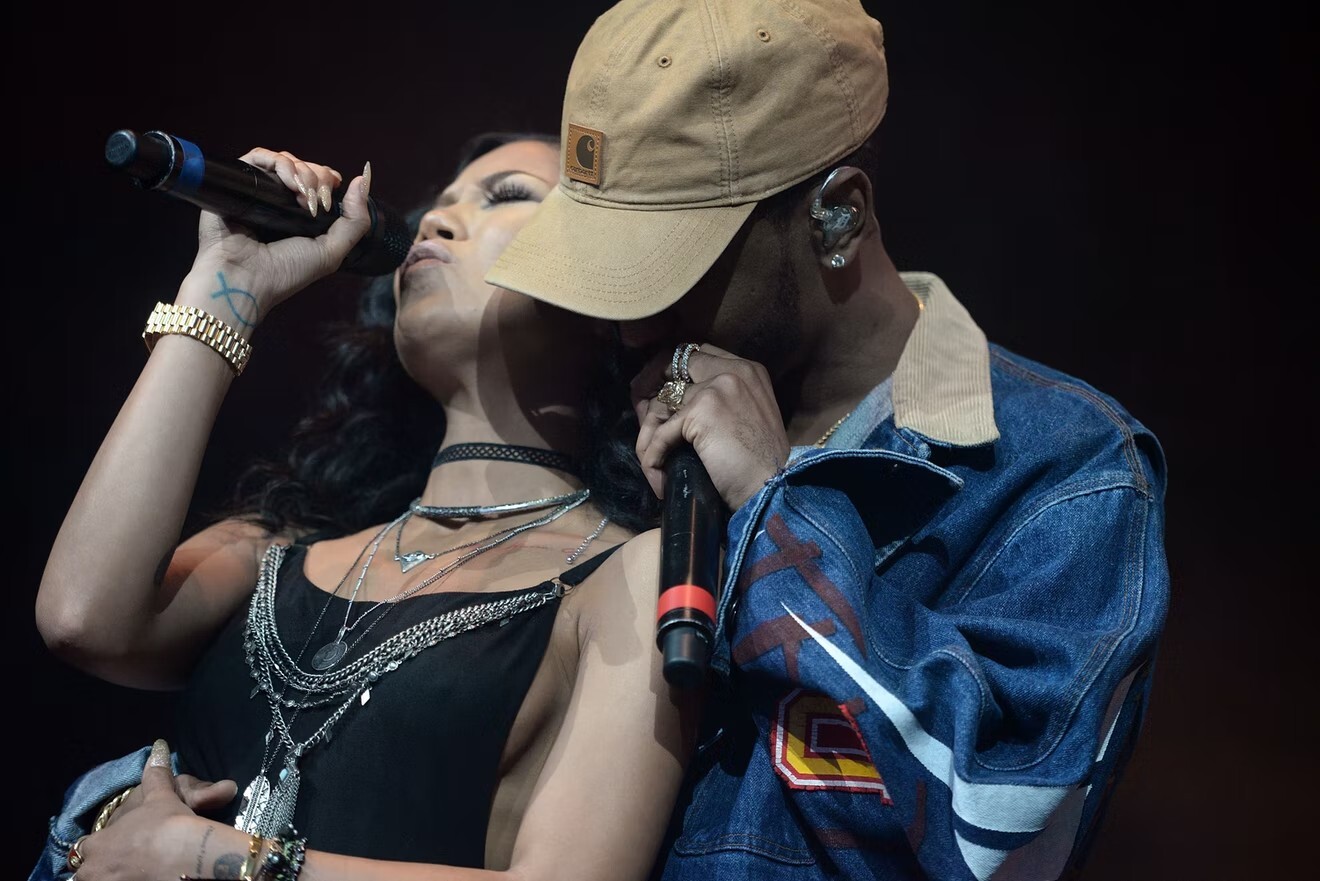 Jhené filed for divorce from her husband Dot Da Genius due to some irreconcilable differences between the two. By this point, Aiko and Sean had been clicked looking cozy together in public several times including NBA games, the iHeartRadio Music Awards, and Coachella.

The headlines were full of the breakup rumors of the duo but Aiko came forward and cleared the air. Then, she posted a (now-deleted) cute photo of the two on Instagram. “mcm”, she captioned the post. For those of you who are unaware of the term, it means ‘Man Crush Monday’.

In an interview with Billboard, Jhené talked about her relationship with Sean and even called him the love of her life. She said, “The friends that I have become family.”

Aiko further added, “I don’t have a bunch of friends. I literally have like two friends outside of my blood relatives. Everyone else that I call a friend is literally related to me by blood. So, Sean has become my family. I don’t know what the future holds, but as far as my life goes right now, yeah, he’s ‘L-O-M-L.'” 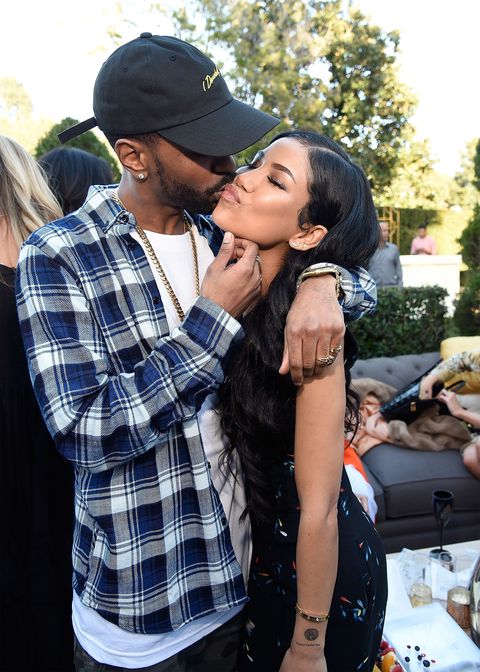 Aiko’s divorce from Dot Da Genius got finalized in October 2017.  As soon as she closed the chapter of Dot from her life, she was all set to express her love for Sean to the world. Wrap Me Up singer got a tattoo of her man on her arm. 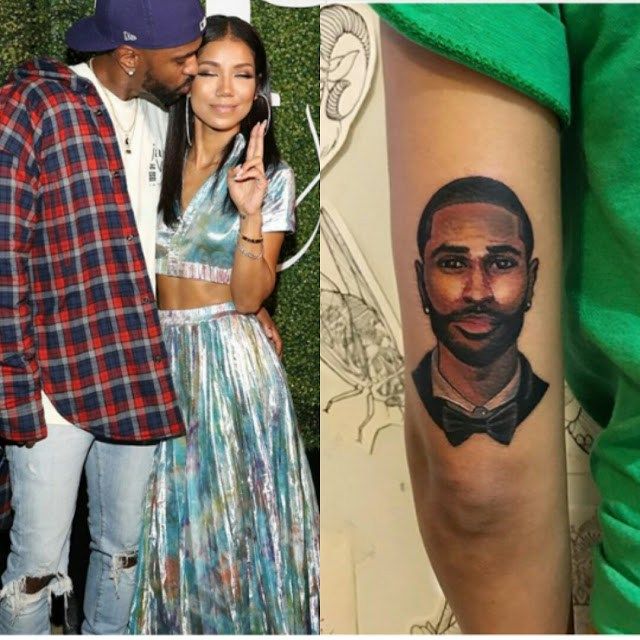 A twist in the couple’s whirlwind romance came when Jhené got Sean’s tattoo all covered up. The songwriter replaced her beau’s face tattoo with an epic swirling galaxy with a rocket ship and twinkling stars. This change in her tattoo started the rumors of the couple’s breakup.

A post shared by The Witchdoctor™ Los Angeles (@miryamlumpini)

The two finally called it quits in December 2018. Aiko didn’t confirm the rumors of the couple’s split until a few months but a source exclusively told Us Weekly that they ended things in mid-December. A close source said, “I wouldn’t say it was amicable. But now they are civil towards each other.”

Jhené confirmed that she and Sean have decided to go their separate ways. She affirmed the news by posting a comment on the social media platform Instagram that read, “Me and Sean are good.”

The Born Tired singer continued, “I’ve got tons of love for him … I know you all love the drama and would like to think everything I do or say is about him, but I’ve been through plenty of other things and situations that I pull inspiration from when I sit down to create a song. Have a good day.” 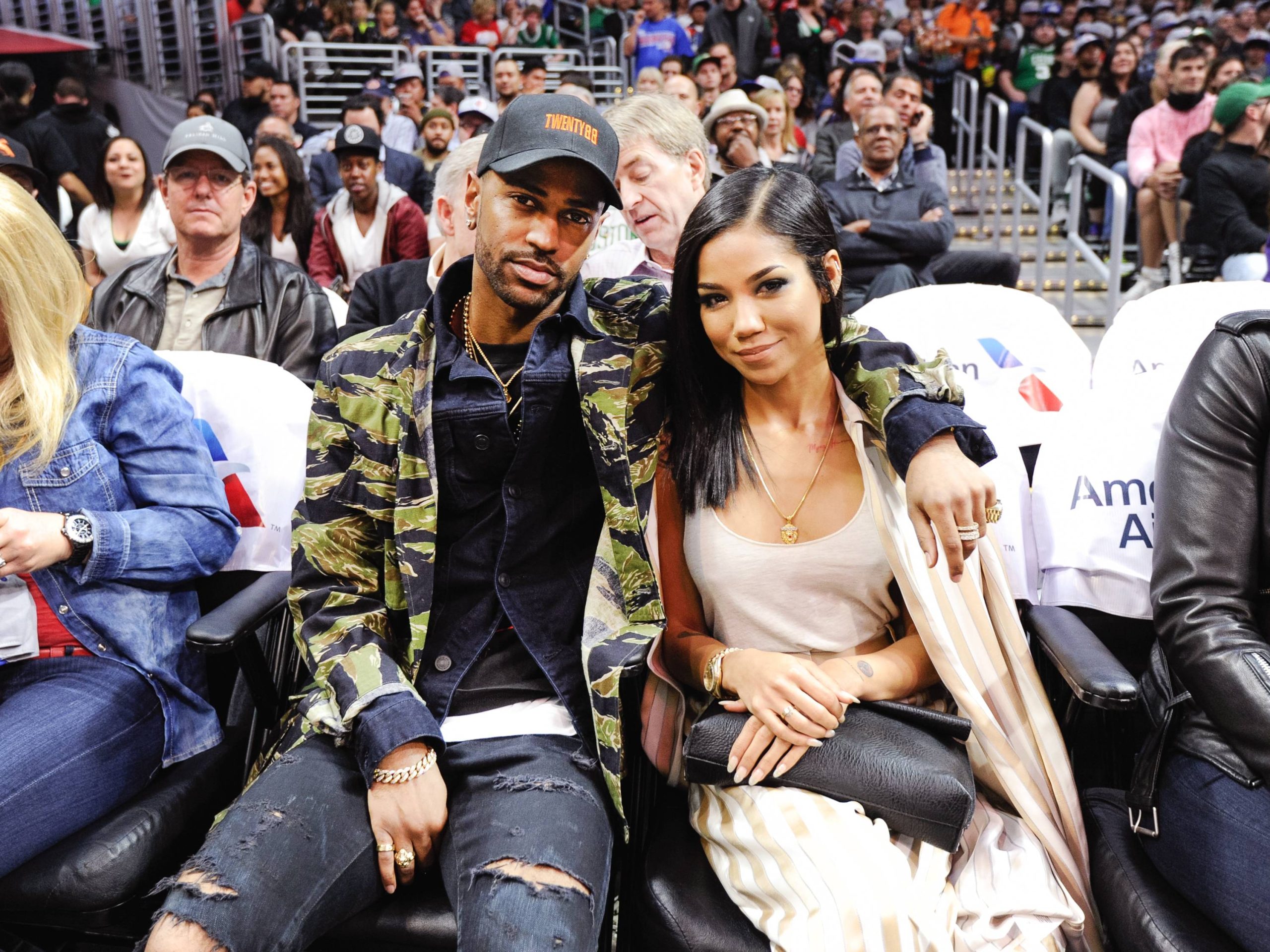 Aiko paid a heartfelt tribute to Sean that showed she still had the feels for him. She reflected on their time together and said, “I love you from this life to the next and all the other lives we’ve known each other before. Imma always talk my sh*t. But Imma always have ur back.”

Jhené dropped the breakup song of the year. The emotional breakup ballad was titled ‘Triggered’. The track was released on May 8, 2019. We knew what the song was all about. It took us on a rollercoaster ride from anger and sadness to longing and desire.

Aiko showed her support to Sean as his new song titled ‘Single Again’ saw the light of the day. He replied and wrote, “I love you unconditionally.”

Jhené dropped a single named None of Your Concern and guess who starred in it. It was none other than Big Sean. He also revealed that he is not over her yet. The singer said, “You know there’s not a day in these modern times, you haven’t crossed my mind.”

The two music stars were seen parting together. They attended Diddy’s legendary 50th birthday bash and they looked like a couple as they stayed by each other’s side throughout the party. 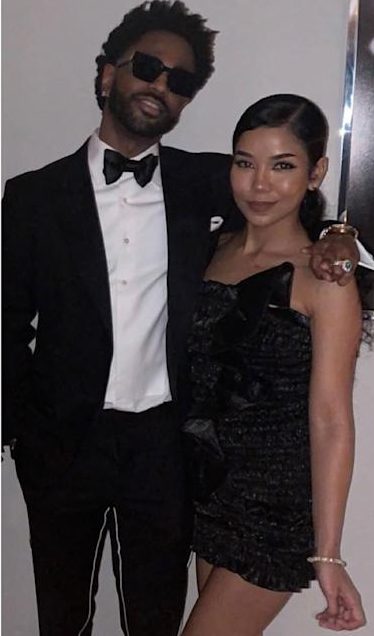 Aiko and Sean ringed in the New Year together.  Jhené shared a pic to her Instagram Story that shows them making silly faces at Jay-Z and Beyoncé’s New Year’s party. 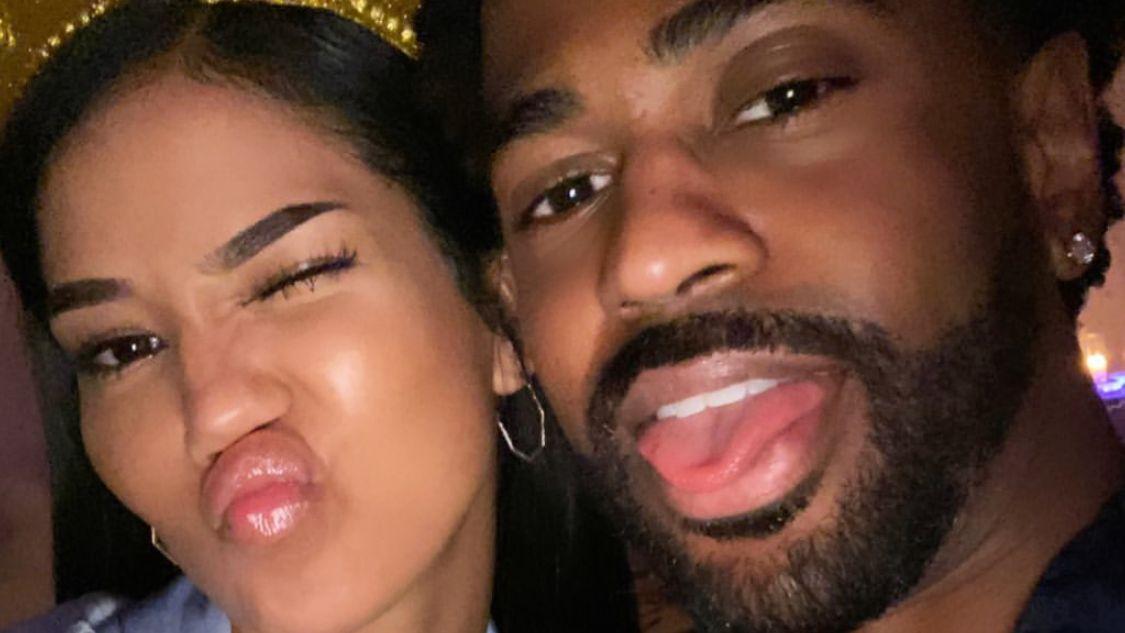 The duo spent Valentine’s Day together in Disneyland. Both Sean and Aiko wore matching outfits for their day out. They were seen twinning in Mickey Mouse sweatshirts. Sean’s ladylove also stated in an Instagram post that it was his first time at Disneyland which made it an extra momentous occasion. 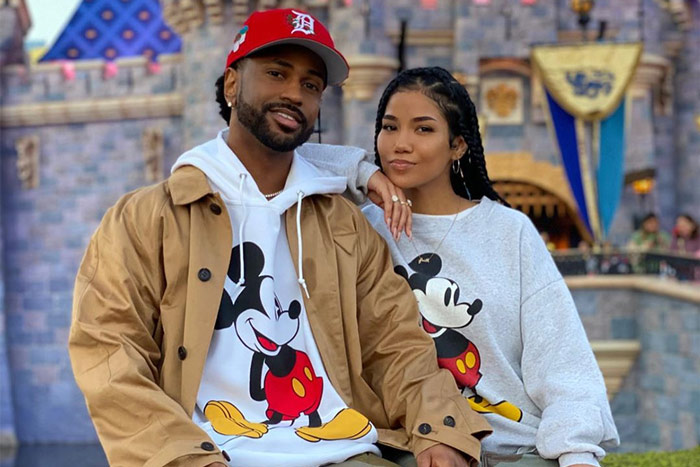 Sean drops a beautiful post on Instagram and wishes Aiko a very happy birthday. “Happy 3.16 Queen @jheneaiko! Always proud but never surprised cause I know how great you are at everything you do. Even tho we gotta be inside n quarantine, you even make that sound good. I Love you from da past life to the next. 32 the Magic year, I’m a lucky ass n*gga 👑💙🌎🐉🌋”, he captioned the post.

During an Instagram live in April of 2020, Sean told his girlfriend You look good!” Jhené replied, “Why don’t you marry me?” to which the rapper responded, “It’s in the works. Don’t even trip.” Aiko told Sean, “I think we help each other grow. We remind each other to read, meditate and take our vitamins.” She also stated that their bond is a lot healthier and happier now.

Since then, Sean and Jhené have been photographed together on various occasions so we can say they are going pretty strong. From their love story, we learn that love works in mysterious ways and it always finds its way back. Don’t forget to stay tuned with the latest updates from the world of showbiz.