The Power of the Dog star Benedict Cumberbatch and Euphoria star Sydney Sweeney appeared on the Tonight Show starring Jimmy Fallon.  Benedict displayed his charades skills in the four rounds. Read on to know more. Jimmy Fallon started by asking Sydney if she had ever played Charades. She said, “No”. He then went on to explain the rules of the game as Benedict Cumberbatch appeared in a classy brown suit. Tariq Trotter was also present on the show.

Jimmy and Sydney Sweeney went against Tariq Trotter and Benedict Cumberbatch in a competitive game of charades. Jimmy asked the audience to pick up one number from the board. The audience chose Number 2.

Jimmy then glanced at the number two tile. Initially, Sydney hesitated as Jimmy wasn’t able to act the word. When Jimmy finally made a box, Sydney guessed it! She said “Euphoria”. Well, it was bang on! Easy start, ain’t it? 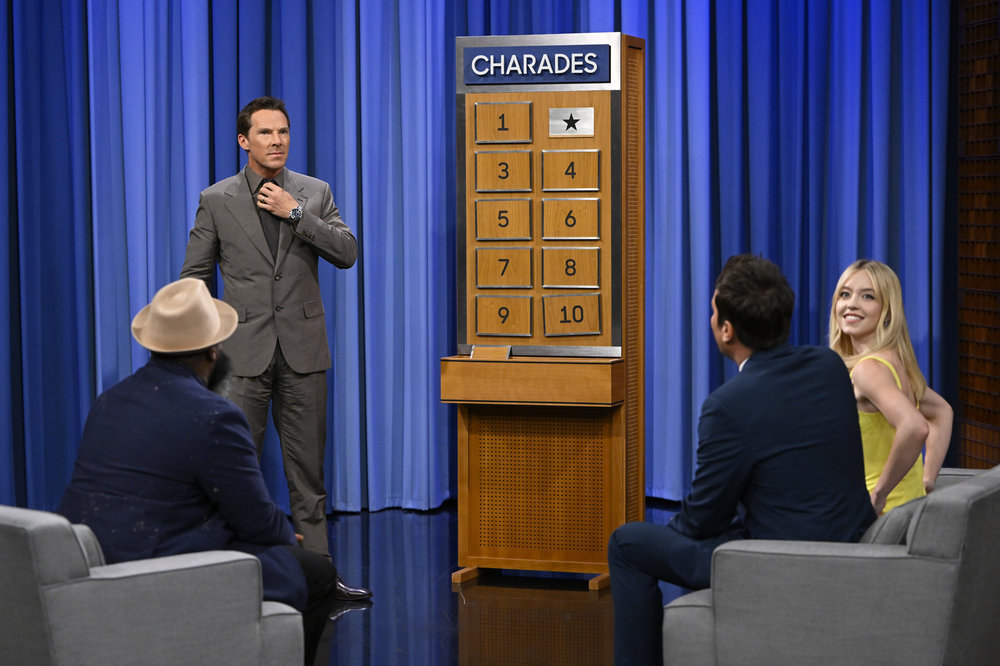 Jimmy called the Doctor Strange in the Multiverse of Madness star next. Benedict chose tile number 6 as per the audience’s wish. The tile said, “The Walking Dead”. Now, Benedict had to make Tariq guess this TV show without speaking anything, well, that’s the basic rule of charades.

The 45-yar-old actor smartly used his hands to convey to Tariq that it’s a TV show and consists of 3 words. Tariq guessed the first word easily by understanding the letter “T”, and spontaneously responded “The”.

While 15 seconds were left for Tariq to guess Benedict’s act, the Sherlock star started walking real fast on Jimmy’s set. And guess what? Without taking another breath, Tariq guessed it right! Benedict flawlessly showcased his charade skills while acting “The Walking Dead”.

Jimmy stood up and started joking with Benedict about his acting. He said, “We’re in the zone, we’re dialled in, buddy. What episode of Walking Dead do they walk like this.” Phew, as long as it worked for Benedict and Tariq, they didn’t care. Sydney stood up and chose the number 5 as per the audience’s wish. The tile said “Beauty and The Beast”. Sydney was just too happy to have to act the easy movie and  confidently said, “I got this.”

Syndey acted the first word “Beauty” flawlessly as she moved around flaunting her curves. Jimmy initially guessed it as “witch” but later corrected it by saying “beauty”. 15 seconds were remaining and he took no time to say the movie without even giving Sydney the chance to act further.

By now, the score was 1-1. Tariq was up next. The audience was shouting 10 along with Jimmy but Tariq chose the number 3. Guess what did the tile say! It was “Doctor Strange in the Multiverse of Madness”. Did Tariq even need to act? All he had to do was to point out Benedict.

However, Tariq conveyed to Benedict that its a film, and something strange happened Tariq didn’t even act and Benedict spontaneously said, “Doctor Strange in the Multiverse of Madness” Now, this was pure instincts! 23 seconds were remaining for him to guess but he did it! 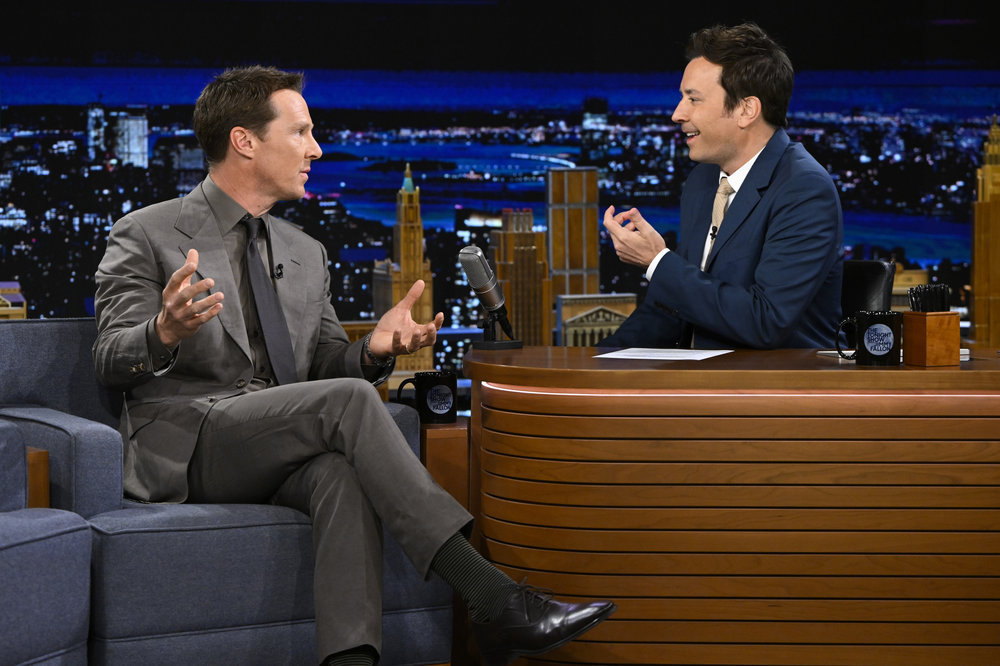 A disappointed Jimmy got up and said, “What are these clues!” Then, he moved forward to the showdown round and said that the round would not be that easy. Jimmy asked Sydney and Benedict to give clues and left them for Tariq and him to guess.

Jimmy stated that whichever team guesses first will win 10,000 points and would ultimately win the whole thing. Syndey chose the number 1 tile that said, “Drop It Like It’s Hot”. As Sydney and Benedict started acting and dropped themselves, the two guessed the syllables while 25 seconds were remaining.

There was a friendly disagreement between the two teams and Jimmy asked for a replay. In the end, Tariq Trotter and Benedict were declared the winners. So yea, the two nailed it at “The Tonight Show Starring Jimmy Fallon”. Who do you think was the best?