Sometime back, HBO finally released the official trailer of Barry’s season 3. It stars Bill Hader in the lead role. Bill plays the character of a hitman who has decided to change his field and become an actor. Season 3 will be telecast on April 24 on HBO. It can also be found on HBO Max on the day of release.

Regular faces in the series will continue their presence in season 3. It includes Sarah Goldberg, Stephen Root, Anthony Carrigan, Sarah Burns, Henry Wrinkler, among others. The show Barry is created by Hader and Alec Berg. The duo have worked together on Curb Your Enthusiasm and Silicon Valley.

The series is a dark comedy story of a hitman Bill Hader, who finds himself invested in the world of acting after he comes across an accepting community of LA theater artists. The series follows Barry as he tries to untangle himself from the world of contract killing and fully invest himself into acting.

What Does The Trailer Show?

The main character can be seen eating donut as he remembers troubling times. It is evident that the live of the main character has changed. In the trailer, Barry and Gene seem to be followed by redemption as violence. It seems like they are going through a crisis while trying to figure out a solution.

On the other hand, it seems like Sally finally got her big break. She finally gets a taste of what it feels like to be successful at something you love doing. The trailer also shows Barry and Noho having a heartfelt conversation. Noho tells Barry that forgiveness has to be earned, he then goes on to quote Shawshank Redemption.

As the trailer proceeds, in a voice-over, Barry explains his relationship with Gene as emotional and explosive images flash on the screen. The series executive producers include Aida Rodgers, Hader, Berg, Julie Camino and Liz Sarnoff.

Bill Hader who plays the lead role in Barry has also appeared in other movies like Tropic Thunder, Superbad, The Skeleton Twins, It: Chapter Two, and Trainwreck. He has also appeared in series like the satirical comedy series called Documentary Now along with Fred Armison and Seth Meyers. One of Bill’s most popular stints has been on Saturday Night Live. However, starring as Barry is getting him a lot of fame and success at the moment. This role earned him two prestigious Emmy awards and over eight nominations.

Throughout the series run so far, Barry has received a whopping thirty nominations, which is a great hint towards the quality and story of the series. 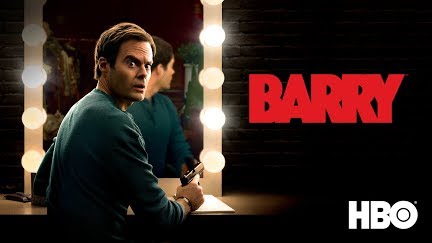 Bill Hader directs five out of eight episodes on season 3 of Barry. Season 4, which is being written right now, might see Hader direct all the episodes. He has always been a passionate writer and director who is finally living his dream now.

Fans are excited to see how the series will move forward as Barry will be forced to confront his past in the upcoming episodes of season 3.