Obama’s summer playlist consists of a total of 44 songs. Continue reading further to know the songs that are on the highly-anticipated annual playlist of Barack Obama. On Tuesday, Barack took to his Twitter to share his summer playlist with his fans and followers all over the world. Let us tell you his playlist consists of an eclectic mix of pop, R&B, and hip hop tracks.

Obama tweeted, “Every year, I get excited to share my summer playlist because I learn about so many new artists from your replies—it’s an example of how music really can bring us all together.”

He further continued, “Here’s what I’ve been listening to this summer. What songs would you add?” Queen Bey’s latest single Break My Soul tops Barack’s summer playlist. Next in line is More Than You Know by Dr. John, followed by Tems’ Vibe Out, and Music for a Sushi Restaurant by Harry Styles. 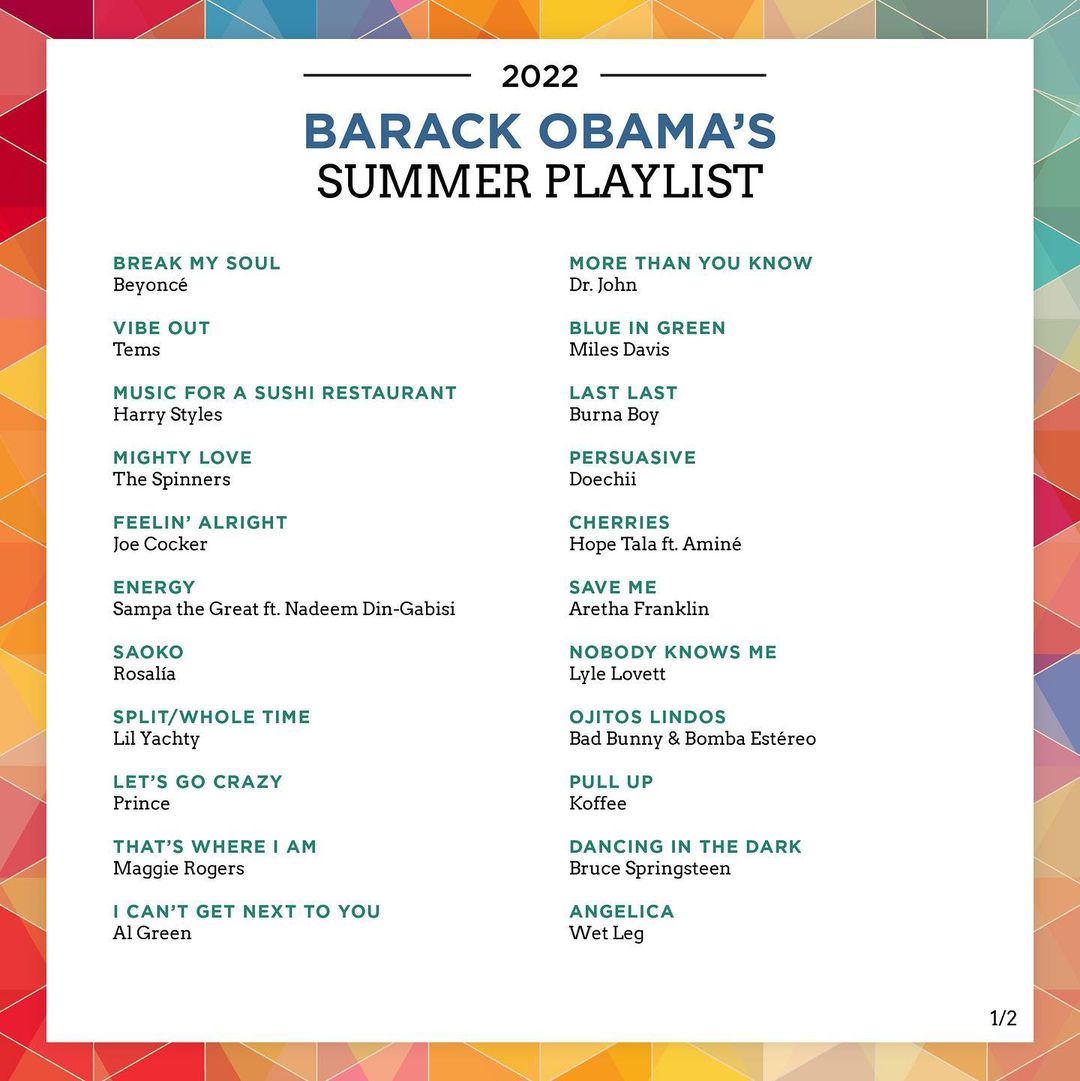 Burna Boy’s Last Last also made it to the summer playlist of Barack Obama with Mighty Love by The Spinners, Persuasive by Doechii, and Feelin’ Alright by Joe Cocker. Al Green’s I Can’t Get Next to You and Bruce Springsteen’s Dancing in the Dark are also present in Obama’s summer playlist.

It also includes some classic hits by the late legends such as Blue In Green by Miles Davis, Save Me by Aretha Franklin, and Let’s Go Crazy by Prince.

Barack Obama didn’t forget to pay honorable mentions to Champagne Papi aka Drake and Rihanna’s 2016 single Too Good. His summer playlist also featured Bliss by Amber Mark, and I’ve Been Loving you by Otis Redding. 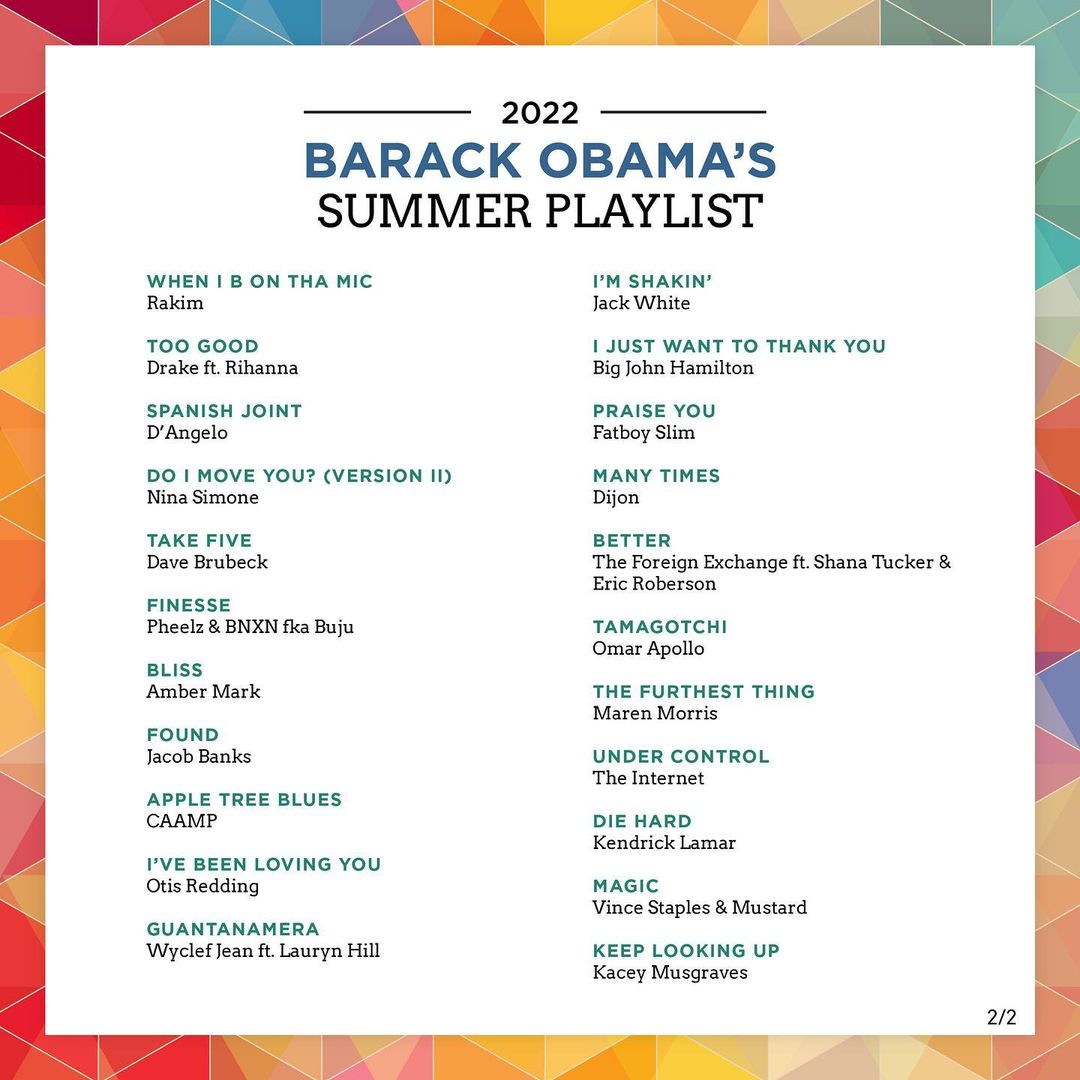 How did the netizens react to Barack’s Summer Playlist? A user tweeted, “Nice to see @BarackObama giving a shoutout to Hove’s very own @FatboySlim in his summer playlist.” One user wrote, “Barack Obama’s summer playlist is so cool, just full of bangers.”

What are your favorite songs from Barack Obama’s Summer 2022 Playlist? Kindly let us know in the comments section below. Don’t forget to stay tuned with us for the latest updates from the world of showbiz.