Puerto Rican rapper Bad Bunny recently got not one but two wax figures at Madame Tussauds. Read the article further to catch a glimpse of two of his wax statues. 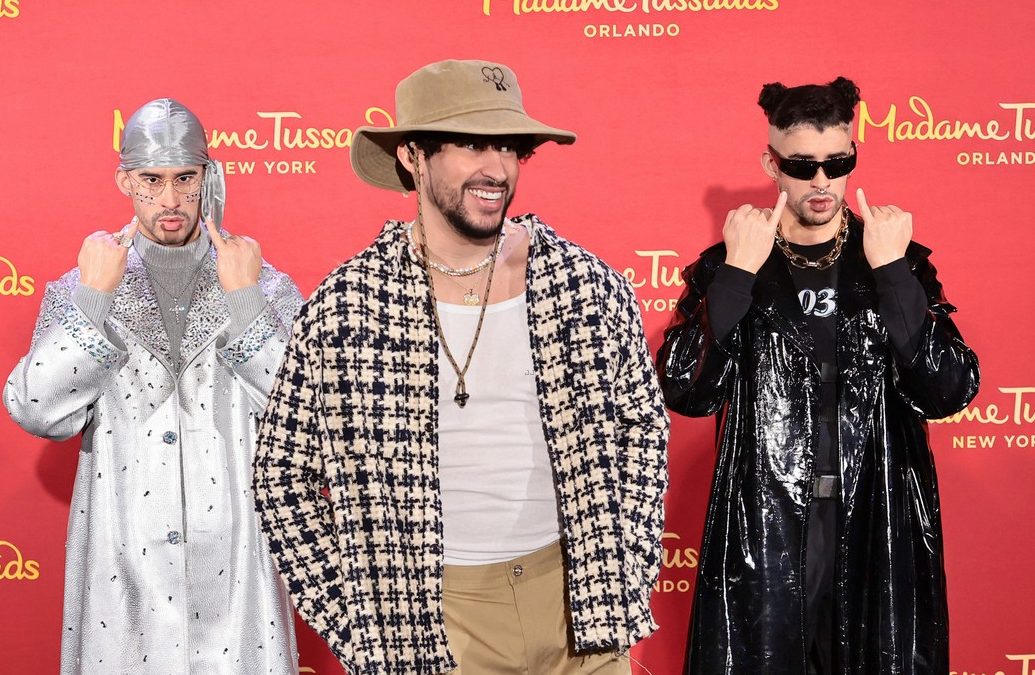 The 28-year rapper has added another feather to his cap. He managed to get two wax statues at Madame Tussauds. His double wax figures were revealed on April 19, 2022, at the world-renowned Madame Tussauds wax museum in New York – Times Square.

We must say that both of the musician’s wax statues look great in stunning outfits that highlight some major points of his musical career. For a moment, we thought we are seeing a picture of the Bunny brothers cause the statues look pretty real. Hats off to the sculptures for doing a splendid job on the two figures. The detailing is as good as it gets. 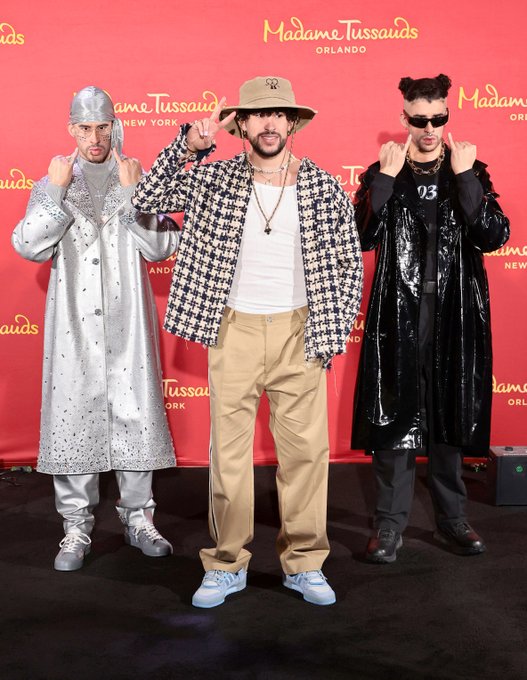 In the picture shared above, we can see Benito Antonio Martínez Ocasio popularly known as Bad Bunny posing similar to the wax figures. The first statue of the I Like It singer is dressed up in his 2020 Super Bowl performance outfit that consists of a long, silver jacket with matching pants, shoes, and durag.

The first figure looks spectacular in a shimmery silver outfit along with a pair of glasses, a gray turtleneck, and a silver cross. The coat is covered in silver gemstones, and some of the stones are lined up under his eyes. 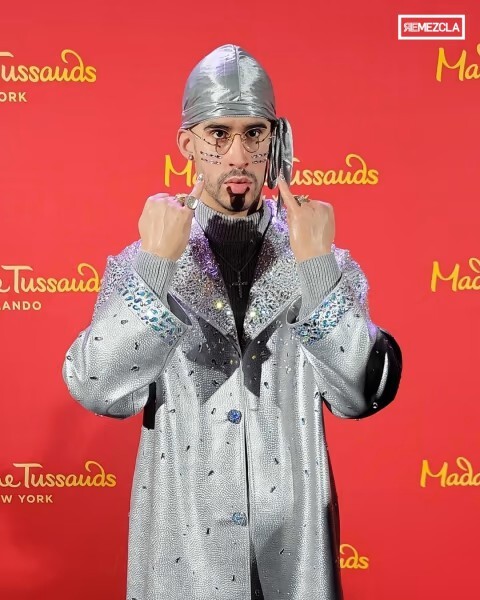 On the other hand, the next statue can be seen wearing his outfit from 2021 WrestleMania which includes a long, black leather jacket with gray pants and shoes and a long-sleeve black shirt. The statue also sports a chained gold necklace and has both pinky fingers raised near his face.

The outfit of the rock star’s second statue is from the black WWE Royal Rumble. The singer ended up donating both of these outfits. 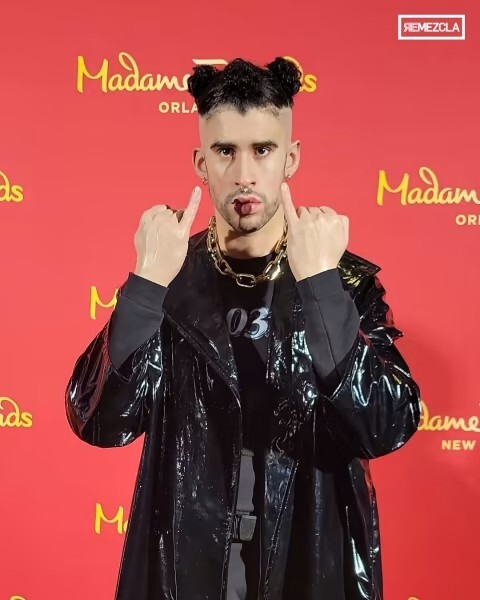 What did Bunny have to say about his wax figures?

At the press event that was organized for the unveiling of the singer’s statues, Bunny said,  “always liked how I looked straight-on but this is even closer than that.”

The two-time Grammy-winning artist further added, “This is the Super Bowl outfit and that was very special for me. The WrestleMania outfit, I think that was my favorite, the best day of my life. So I love everything about that day. The moment and the outfit.” 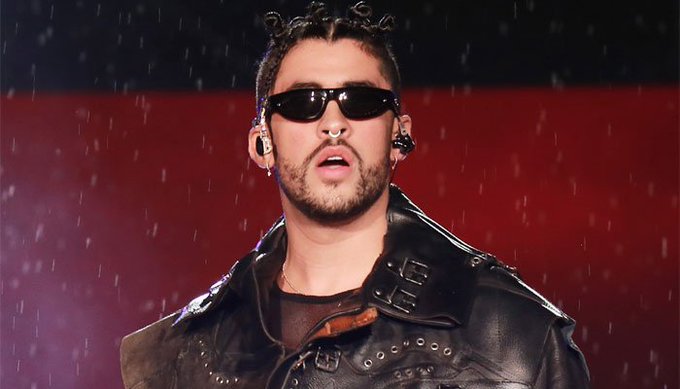 Will both statues of Bad Bunny stay in one museum?

As per Madame Tussauds, one statue of the Latin music star will stay at the museum in New York and the other one will be taken to the museum in Orlando. Many Latine A-listers from Hollywood such as Selena Quintanilla, Mariah Carey, Lionel Messi, Jennifer Lopez, Zoe Saldaña, and Eva Longoria also have statues at Madame Tussauds.

If you live in New York, then you can surely go and check out the statues of Bad Bunny in person. His fans must be thrilled to see his two wax figures. Don’t forget to stay tuned with us for the latest updates.