Bad Bunny has finally spoken up regarding a recent encounter with a “disrespectful fan” and he is anything but sorry. During his appearance in the Dominican Republic Monday (Jan. 2), the 28-year-old rapper threw a female fan’s phone into the water. However, in his tweet, Bunny expressed that he isn’t sorry for what he did and the “disrespectful fan” got what she deserved. Not Phoning An Apology

Puerto Rican rapper, Bad Bunny, whose real name is Benito Antonio Martínez Ocasio, has decided to not apologise to a female fan whose phone he threw into the water during his appearance in Dominican Repulic Monday (Jan. 2). Bad Bunny revealed that she got what she deserved for being “disrespectful”.

In a video posted to Twitter on Monday (Jan. 2), Bad Bunny was seen being accosted by one female fan while he was walking down the street. She attempted to pose for a selfie with him on her phone. However, irritated by her presence, the “Diles” rapper snatched the phone and threw it into a nearby waterbody. The clip garnered millions of views with mixed reactions from fans.

However, in his defense, Bad Bunny called the fan extremely disrespectful and tweeted: “The person who comes up to me to say hello, to tell me something, or just to meet me, will always receive my attention and respect,” he wrote, translated from Spanish. “Those who come to put a f–king phone in my face I will consider it for what it is, a lack of respect, and I will treat it likewise.” Bad Bunny’s clip garnered mixed reactions from fans, who were left divided by opinions. Some believe that the multiple Grammy Awards winner went too far with his phone-throwing behaviour. One wrote, “I understand he needs his personal space but he can’t be out here trying to live a normal life when he’s a big celebrity. People gonna be all up on him.”

“Wow! He or his reps better buy her another phone,” another critic declared. “Regardless of what she told him he has no right to throw her phone.” One chimed, “Bottom line: he can’t just damage people’s property. He could’ve just walked away from her or called security. Lowkey he’s beginning to lose touch with reality.” Well, it appears that most fans were clearly disappointed by Bad Bunny’s behaviour.

Well, it appears like Bad Bunny has taken his vow to take a break in 2023 a bit too seriously.  From giving a stellar performance in Marvel’s Latino live-action film to creating a buzz at the Grammys with “Un Verano Sin Ti”, Bad Bunny has had more than a marvellous 2022.

After the huge success of his album “Un Verano Sin Ti”, the 28-year-old rapper announced during his cover interview with Billboard that he’ll be taking a break in 2023. During his latest cover story, he revealed: “2023 is for me, for my physical health, my emotional health to breathe, enjoy my achievements.” 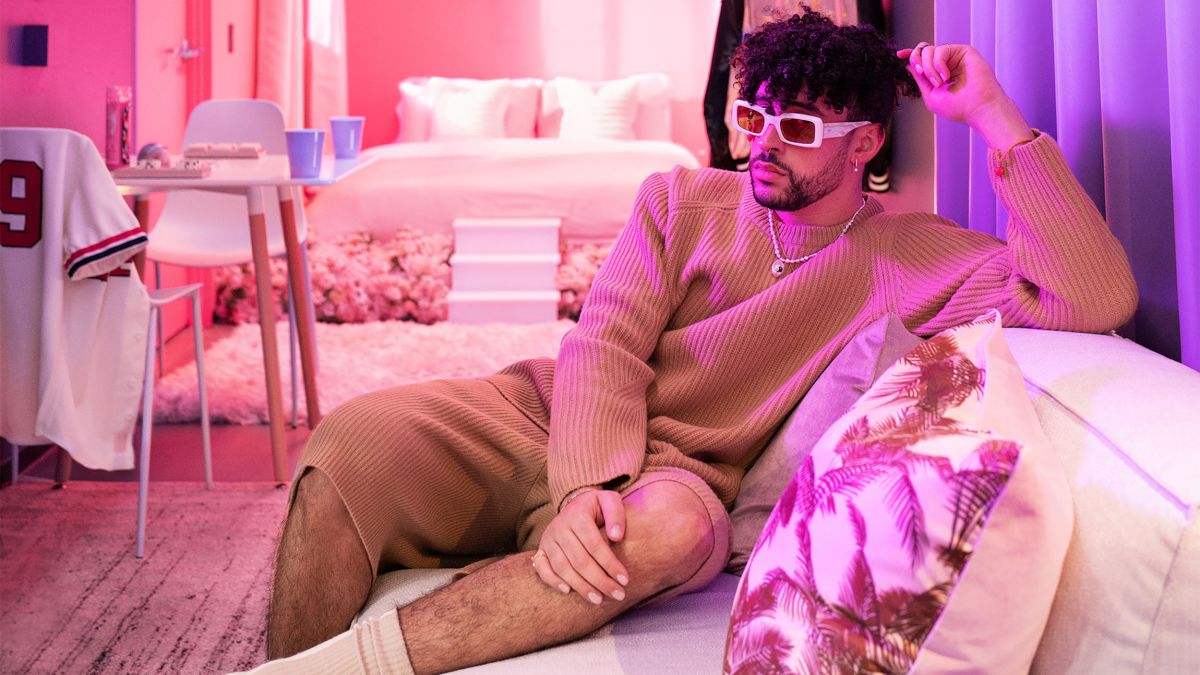 Bad Bunny announced that he would be celebrating his success by going around and even though he has some sporadic commitments, but again with zero pressure! He said: “We’re going to celebrate. Let’s go here, let’s go there, let’s go on the boat. I have a couple of sporadic commitments, and I’ll go to the studio, but there’s no pressure. Remember yourself, cabrón. You’ve worked your ass off.

I don’t know what to make out of his behaviour, but the star definitely deserves a break away from the limelight. From making success with his lead role in ‘El Muerto’ (Marvel’s first Latino live-action film) to securing the nomination for Album of the Year at both the 2022 Grammys and the 2022 Latin Grammys with his highly acclaimed album “Un Verano Sin Ti”, the star has accomplished much in 2023.

He also starred alongside Brad Pitt in the thriller “Bullet Train”. Apart from this, he’s being praised for his role in Marvel’s Spider-Man spin-off, “El Muerto” where he plays a superpowered wrestler against Spider-Man. While Bad Bunny rings in 2023 with some much-deserved break, what do you think about his recent behaviour?