The former Bachelorette star Becca Kufrin is engaged to Thomas Jacobs! We are so happy for the beautiful couple. Becca proposed to the love of her life. Keep reading to know more about their dreamy and romantic proposal. 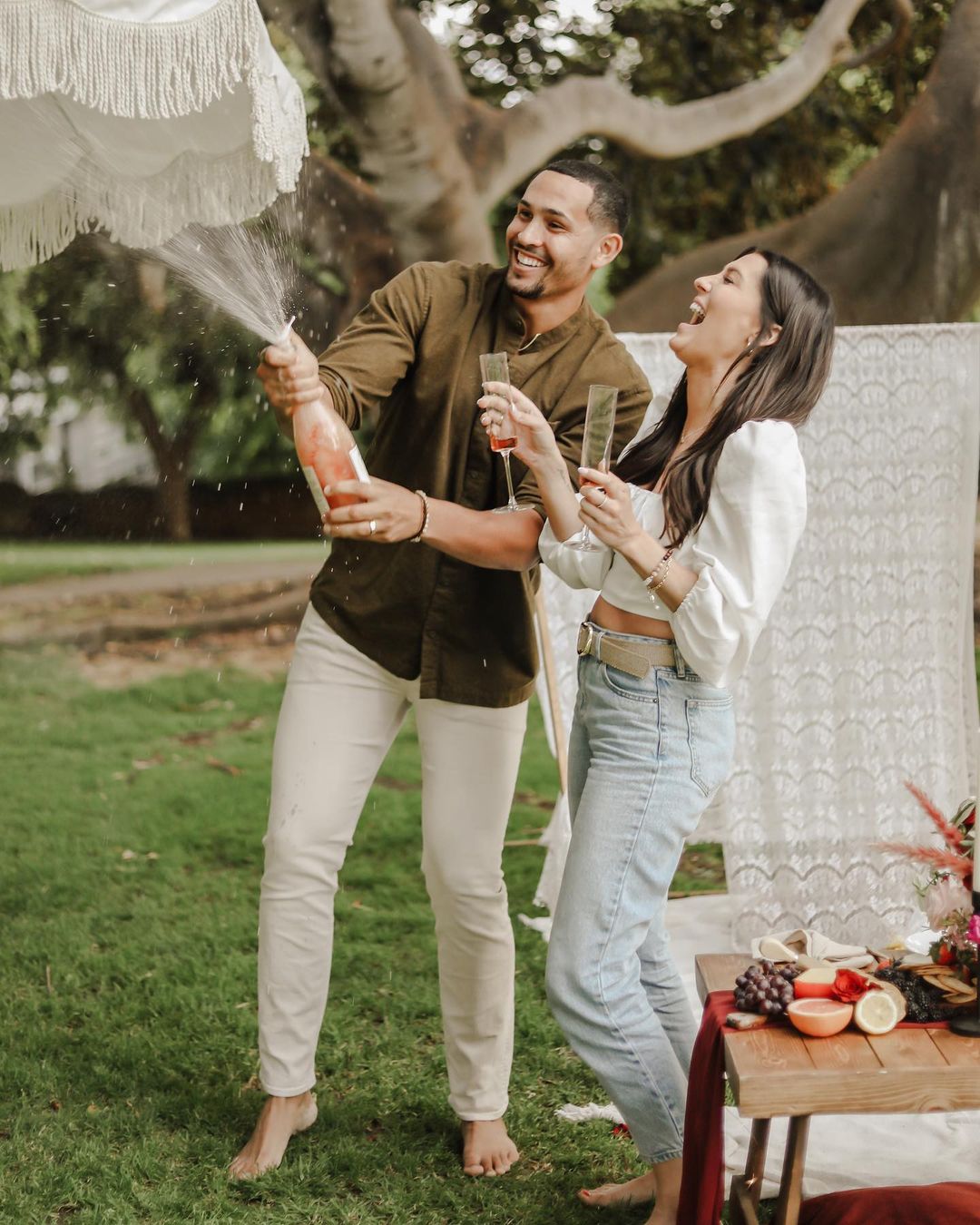 On Sunday, Becca took to her Instagram to share the happy news with her fans all over the world. She posted a carousel of pictures from the pair’s special day.  She proposed to Thomas after less than a year of dating.

“In the ultimate plot twist…HE SAID YES!”, she captioned the post.

Becca further added, “We’ve been keeping this secret just between us and close family & friends for a while but we’re so excited to shout it from the rooftops!”

The 32-year-old continued, “I finally found my chauffeur for life and the one who makes my heart smile every single day. I can’t wait to do it all with you Tommy, thanks for making me the happiest gal alive. I love you to the moon & back ♥️.” 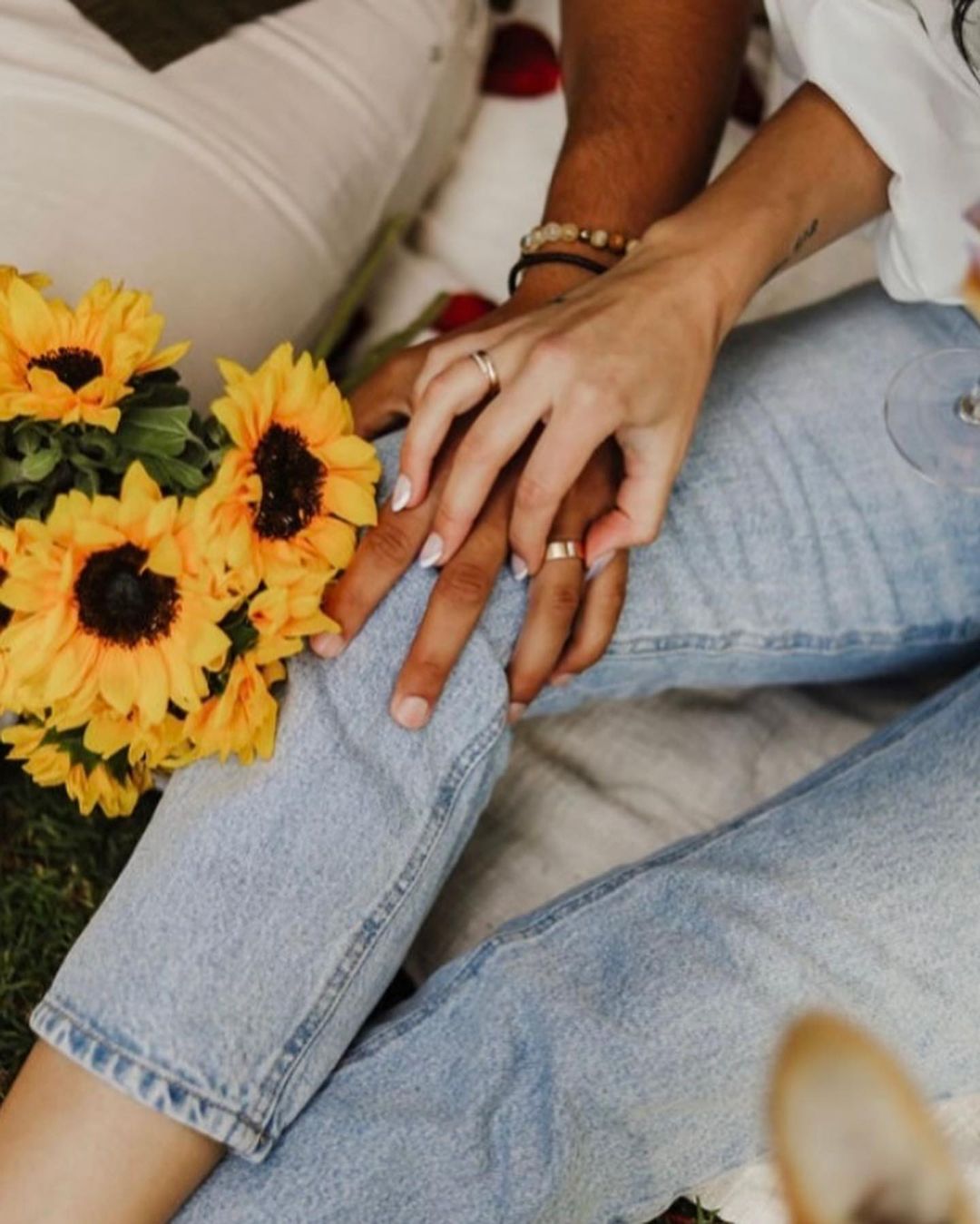 Thomas also shared a series of pictures from the day of their proposal on the social media platform Instagram. We must say Thomas and Becca look like a match made in heaven.
Jacobs wrote, “The ultimate UNO reverse card / power move. You keeping me on my toes for a lifetime has a great ring to it. Cheers to forever Boops #Fiance”, in the caption of the post.

In the photos shared by the couple, we can spot Jacobs as he flaunts his gorgeous engagement ring. Their dreamy proposal consisted of bubbly rosé in champagne flutes and their dogs, Leo and Minno.

For those of you who are unaware, Thomas was a contestant on Katie Thurston’s season of The Bachelorette. Then, he and Becca met each other on Bachelor in Paradise Season 7. During the finale of the show, the two of them called it quits but they reconciled their romance after filming. 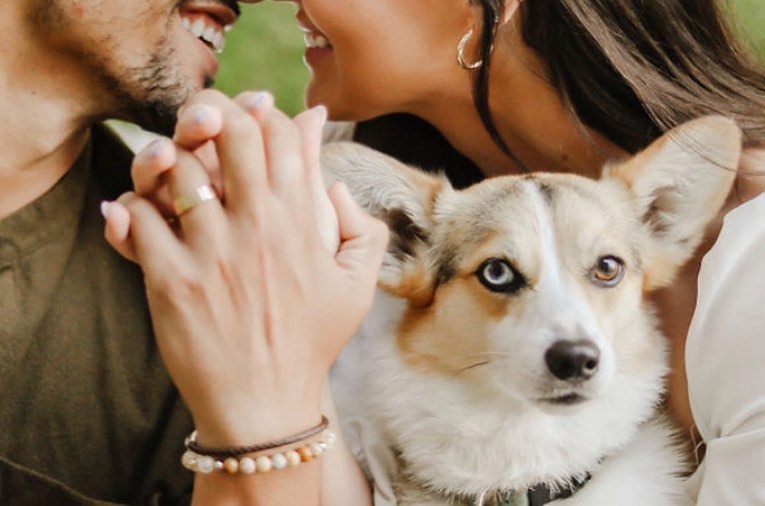 At that point, Kufrin wrote, “I’m sorry for breaking up with you on national television, but I’ll take every day to make it up to you, Tommy. Thanks for making my heart smile far more than it ever has. Now time to start this real life.”

This is Becca’s third engagement

They say, the third time’s the charm and it is quite apt in Becca’s case. This is the “Bachelor Happy Hour” podcast co-host’ third engagement. In the past, she was engaged to Season 22 “Bachelor” Arie Luyendyk Jr. but he dumped her during the March 2018 finale and went on to marry Lauren Burnham. We send our hearty congrats to both Becca Kufrin and Thomas Jacobs as they are engaged. May their lives ahead be full of love, light, and laughter. Don’t forget to stay tuned with us for the latest updates from the world of showbiz.