In addition to posting on Instagram stories, Azealia Banks has also thrown shade at Nicki Minaj, a rapper. She ripped Nicki for slowing down the process of filming Azealia Banks’ reality show after announcing that she would start filming her show. 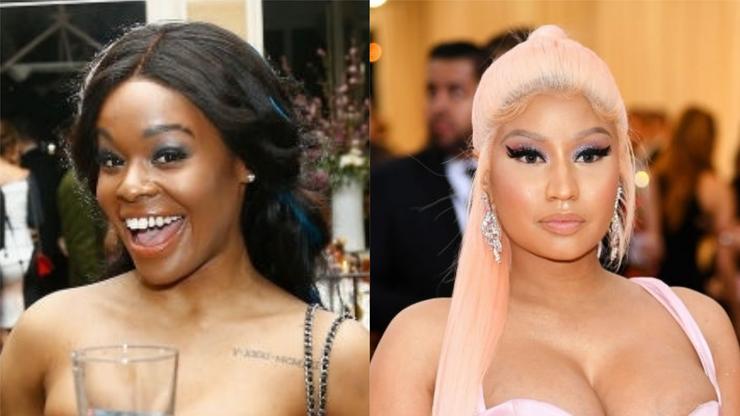 There seems to be a better mood surrounding the 31-year-old this week, as she was able to share some good news with us regarding the production of her reality television show. There was no doubt that her personality would shine through on the small screen, as she promised. “FINALLY, people will finally see the true me: an asshole.”

Regarding what viewers can expect from the subsequent production of Azealia Banks, she didn’t give very many specifics about what they can expect. In the past, however, Banks has felt compelled to disparage Nicki Minaj before making that declaration. According to her, Minaj is difficult to work with, overweight, and boring to be around.

On Monday, the Billboard Hot 100 chart debuted Nicki Minaj’s new single, “Super Freaky Girl,” at number one for the first time. As a result of her performance, the New York-born emcee became the first solo female rapper in over a decade to accomplish that feat since Lauryn Hill in 1998.

Azealia Banks accused Nicki Minaj of behind-the-scenes shenanigans during the celebration of her history-making moment. Minaj was even insulted on a personal level by Banks. 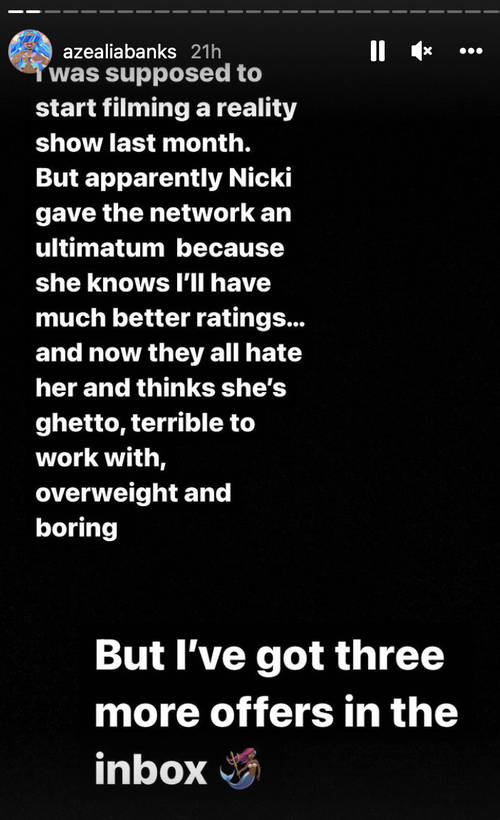 She said, “I was supposed to start filming a reality show last month. But apparently, Nicki gave the network a request because she knows I’ll have better ratings… And now they all hate her and think she’s ghetto, terrible to work with, overweight and boring.”

In her Instagram Story that followed, the “212” singer revealed that she had three other offers on the table, and based on the joyful look on her face, it appears that one of them had been accepted. Hopefully, once it reaches the editing room, we will be able to see how her venture turns out.

It Is Well Known That Azealia Banks Criticizes Other Musicians

There is no doubt that Azealia Banks is well known for her criticism of other celebrities and musicians. It has been reported that the New York native previously described Beyoncé as a “creep” who monitors what she does all the time. 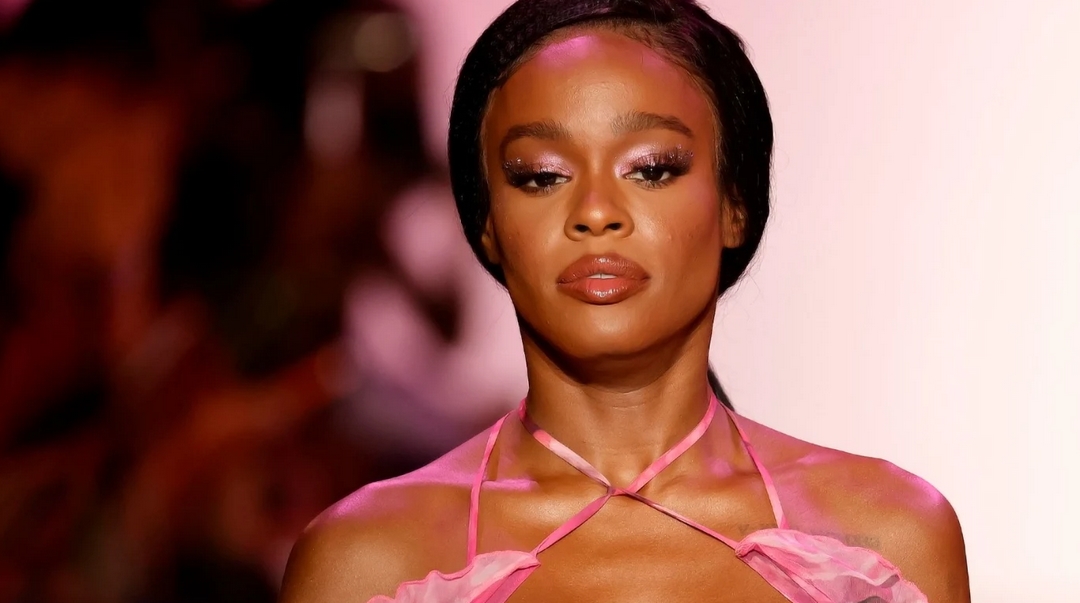 When Banks praised Nicki Minaj as a female rapper in 2017, she also criticized Cardi B and Remy Ma for their rap careers, though she praised Nicki Minaj for her achievements. According to news headlines, Banks and Minaj had settled whatever issues they had that had caused them friction in the past.

While Nicki Minaj has been blamed for several potential opportunities falling through in the music industry for quite some time now, this is not the first time it has happened. Several similar accusations have been made against Minaj by Cardi B, Remy Ma, and Tiffany Foxx, among others. As for Nicki’s reaction to Banks’ statement about her, let’s see what she has to say about it. Keep an eye out for more celebrity gossip shortly.