Recently, Romain Gavras’ Athena premiered at the Venice Film Festival on September 2, 2022. According to the latest report in Deadline, the immersive modern tragedy Athena received a 4 1/2-minute standing ovation in the process.

The people couldn’t stop themselves from applauding and appreciating the film at the Venice Film Festival. Continue reading further to know everything about the film Athena from its release date to the trailer to cast members. Athena is a movie that focuses on racism, violence, injustice, and everything in between. We are pretty sure that Romain Gavras’ new drama thriller will be an eye-opener for many.  The people at the Venice Film Festival had nothing but good things to say about the film.

One user wrote, “Romanin Gavras has reached the jackpot with the Netflix production, and put all the money in good use. I enjoyed this movie and overall is pretty wonderful: the camera works are intricate and beautiful. Photography is great. Story is good. Acting is great. Overall 7/10″

What is the film ‘Athena’ all about?

For those of you who are unversed, let us tell you, that the movie Athena revolves around the tragic tale of three siblings who live in some unexplained circumstances and the story of their life takes a big turn when the youngest brother passes away amid an alleged fight with the police.

Then, one of the brothers named Abdel who is a soldier in the French Army is called back from the front lines, and he strives to ease out the tensions that keep building up between his older brother Moktar’s illicit activities and his younger brother Karim’s desire for vengeance. He struggles to keep up with the escalating tensions between his two brothers. 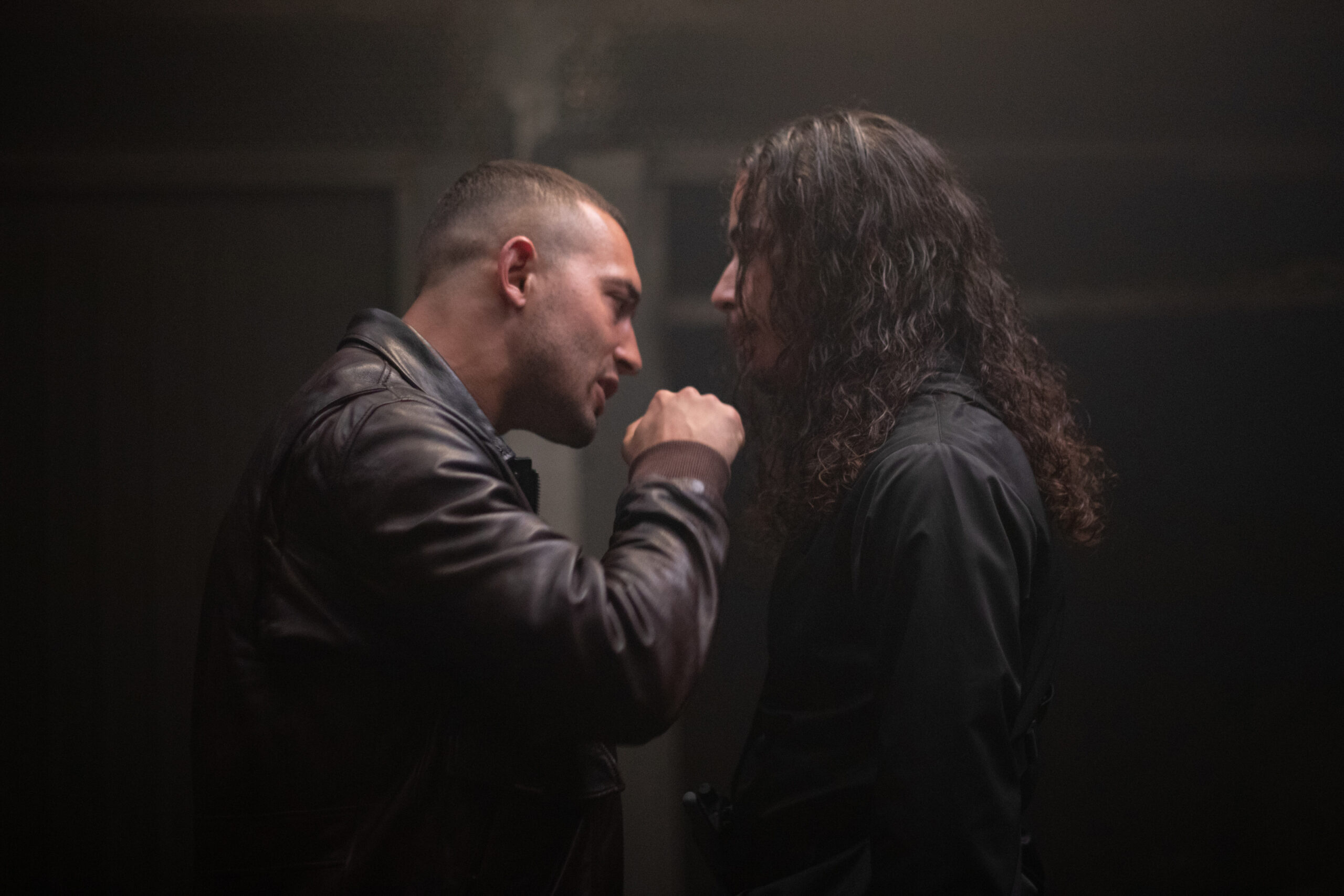 In a media interaction, Romain Gavras talked about Athena and stated that Athena is “a story of brotherhood and this familial violence that is going to overflow the neighborhood and then the country. In civil wars, it’s that: brother against brother, family against family, and then nation against nation.”

The plot of the movie ‘Athena’ explained

The story of the film Athena starts with the strange passing away of a young boy who is survived by his three brothers and he leaves behind a grieving neighborhood in the nearby Athena housing project.

Athena is a modern-day Greek tragedy that chronicles the tale of a soldier named Abdel who is called back from the front lines, when his youngest brother, a young toddler gets allegedly killed in a police incident. Then, Karim, the younger brother comes forward and leads the youth of the town in a revolt against the police authorities. Within the blink of an eye, their community turns into a fortress under siege. The elder brother, Abdel who came back from the French Army faces hardships in order to get through the building tensions and his brother Karim’s quest against the police.

Is the film ‘Athena’ based on a true story?

During a recent interaction with Hollywood Reporter, Romain said, “It’s not a real estate. We called it Athena just because we wanted to pull the thread of Greek tragedy, and of course, Athena is the goddess of war and wisdom. So it’s not a real neighborhood, and it’s not based on a real story.”

Gavras further added, “It was based on a lot of stories. This riot hasn’t happened yet, but it’s almost like it’s the riot that could happen. We wanted to imagine what could be the sparkle that could really ignite the whole country, and be in it almost like a pre-civil war first battle. Because there’s a lot of tension everywhere in the world, but also in Paris.”

Gavras continued, “And we feel like everyone’s kind of pushing towards that. And we know from history that civil wars are the worst thing that can happen to society. When you look at the Greek civil war, it’s something that men in my family have known — it’s like grandfather against grandfather; cousin against cousin. It’s the worst because it’s within the family. This is why we took the intimacy of a family getting torn apart, where their torment spills across the neighborhood and then across the country.”

What is the star cast of the film?

The tragic film Athena has an amazing ensemble cast. The movie stars Dali Benssalah as Abdel, Sami Slimane as Karim, Ouassini Embarek as Moktar, Anthony Bajon as Jérôme and Alexis Manenti as Sébastien.

In a media interaction, Romain, the director of the film Athena explained that the cast and crew of the movie had rehearsed for almost eight weeks before filming across 52 days outside the French capital and without CGI. 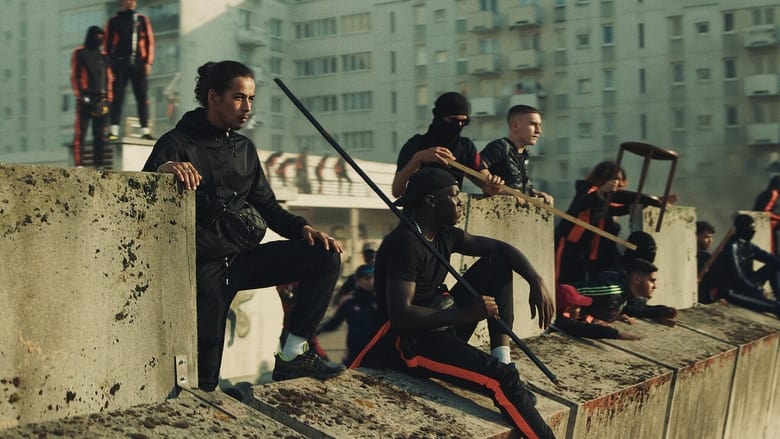 Gavras said, “The fights are real, the pyrotechnics are real. It’s always difficult to create an impression of chaos and hysteria and violence, but there was an almost military organization to the process.”

The director continued, “We conceived of it and choreographed it almost like an opera, but always in a very realistic way so that the choreography isn’t felt. There is a heightened reality with very strong symbolism — almost mythological shots — layered onto the present to create a sort of timeless war.”

When will the film ‘Athena’ be released?

We know all of you are pretty excited to see Athena, so mark your calendars as the tragic tale will drop on the streaming giant Netflix on September 23, Friday. The movie will hit the screens at 12 a.m. PT/ 3 a.m. ET. The total runtime of the movie is 97 minutes.

For his third feature film Athena, Romain Gavras has joined hands with previous collaborator Elias Belkeddar. He has also collaborated with his longtime friend Ladj Ly (Les Misérables) to pen down the script of the film. In addition to this, Ly and Romain are also the producers of the film. 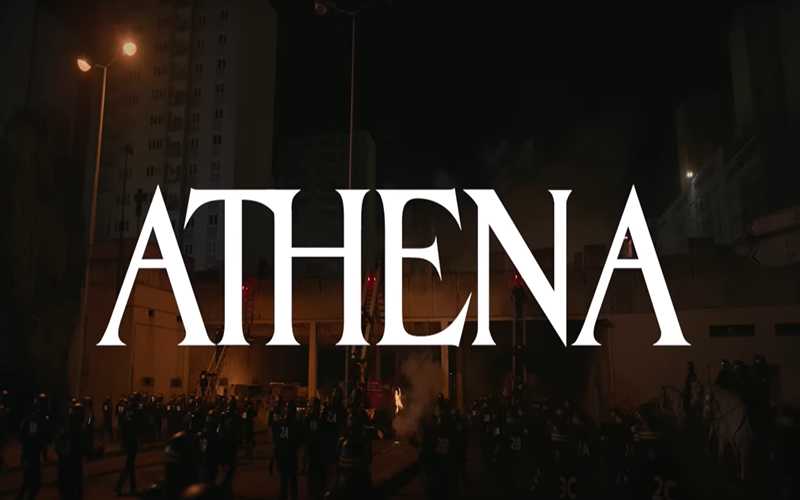 Are you looking forward to watching Romain Gavras’s Athena? Kindly let us know your thoughts on the forthcoming film in the comments section below. Don’t forget to stay tuned with us for the latest updates from the world of showbiz.