Arnold Schwarzenegger is Chilling in his Tank 331, and the Two have a History

Conan, the Barbarian’s love for tanks and Humvees is not new. The Austrian Military veteran and legendary actor bought fulfilled his wildest fantasies way back in 1992. Remember when he bought the M47 Patton tank? Yes, the former Governor of California paid a $20,000 fee to fly this Austrian vehicle to the United States. Now, he can be seen riding his 331 Tank like a pro. The 74-year-old star recently took to Instagram to display his skills.

Arnold is the only Hollywood star who owns tanks and Humvees. He enjoys crushing limousines with his tank. It’s not the first time that Arnold revealed his skills on tanks. Phew, he can help Zelenskyy to crush Russians right now. 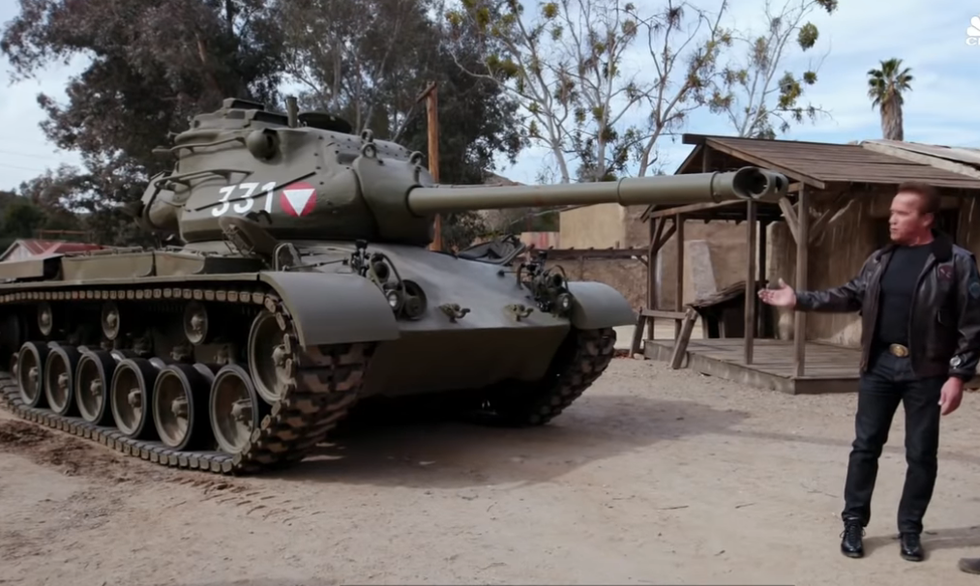 In a recent Instagram post, Arnold Schwarzenegger wrote, “having a good time today.” You can see Arnold popping out of the cupola in sexy reflectors. The military green coloured Tank,33 looks like it was built yesterday. Here is an old video of him crushing his limousines with it:

Even the tank’s turret, gun and tracks look well-kept. Arnold treats his tanks and Humvees like his own babies. In the Second picture, Arnold can be seen riding his Tank on a dirt track. And boy, he has the skills. Do you know why? I’ve got the answer.

Arnold and Tank,331 have a history…

Arnold and his tank, 331 have a history. It’s the same tank that he drove in the Austrian Army during his service as a draftee. FYI, he first learnt to drive a tank in Austria in the 1960s. Here is an old picture of Tank,331 and its crew including Arnold: 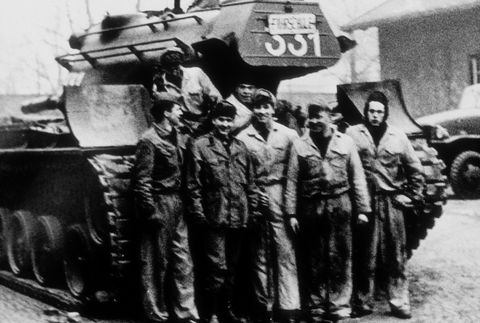 We all know Arnold for his glorious roles in movies like Conan the Barbarian, Terminator series and Predator. Very few know about his military career. Well, he got it from his father who served in World War II and was wounded during the Battle of Stalingrad (German invasion of Southern Russia).

Arnold enrolled in the Austrian Army in 1965 to fulfil the one year of service required at the time for all 18-year-old Austrian males. During his service, Arnold won the Junior Mr Europe contest and spent a week in military prison.

Thereon, he took off with his bodybuilding career and gained international fame. The Mr Universe title got him a ticket to America. In 1970, at 23, Arnold got his first Mr Olympia title in New York and went on winning the same title seven times. would go on to win the title a total of seven times. Rest is history. Not many people know this but Arnold is not a Military fanatic. He did serve in the Austrian Army but he tends to use these war machines for charitable purposes. The Commando star incentivizes young students to stay in school by promising them to ride in his tank after their school is over. 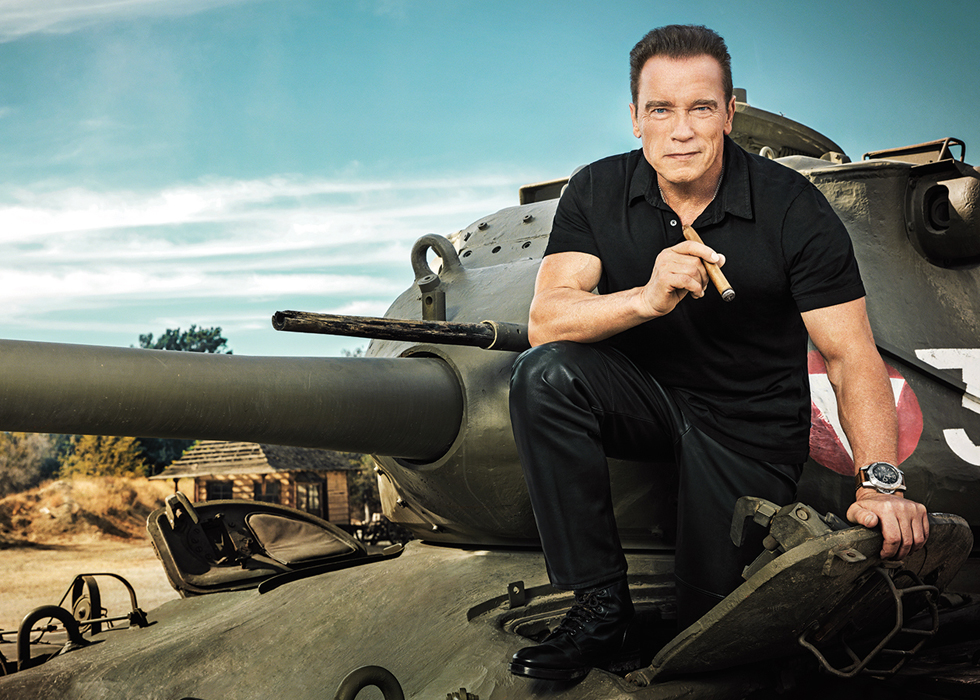 A few years back, Arnold revealed in an interview,  “I bring kids out here from the after-school programs. When they stay in school their reward is to come out here and drive tanks with me.” Now, that’s some badass way of promoting education!