There’s a special Ru-nouncement! Ariana Grande is gearing up for a whole new adventure. The 29-year-old artist will be appearing as a guest judge on the premiere of “RuPaul’s Drag Race” Season 15. The show announced that the “Bang Bang” artist will be judging both episodes of the two-part Emmy-winning show. Read on to know more details about Season 15. 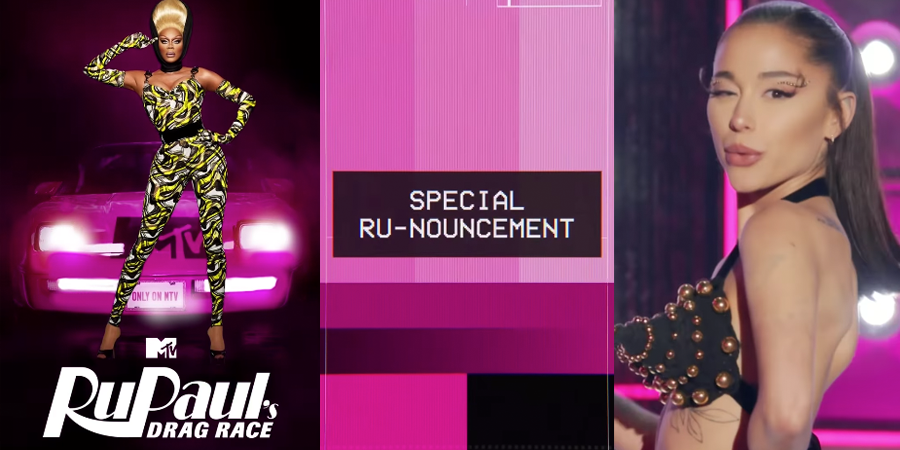 RuPaul’s Drag Race Season 15 is around the corner and will be coming up with many surprises. With the premiere date being announced, MTV announced Wednesday (Dec. 14), that Ariana Grande would be appearing as the first guest judge. The 29-year-old star would be judging both episodes of the two-part season premiere.

Appearing alongside mainstay judges, namely, Michelle Visage, Ross Mathews, and Mama RuPaul, Grande would be judging the largest cast in the show’s history. RuPaul’s Drag Race Season 15, is set to premiere on January 6, 2023, shifting to MTV from its longtime network home of VH1.

Even though Ariana is returning for the first time since April 2015, her music has played a pivotal role in the Emmy-winning series over the years. In season 9, queen Valentina dazzled fans was she lip-synced to “Greedy”.

All About RuPaul Drag Race Season 15 RuPaul’s Drag Race Season 15 has shifted to MTV  from its longtime network home of VH1. Even though little has been announced regarding the series, RuPaul revealed in her prior statement: “When I hear season 15 of RuPaul’s Drag Race, I have to pinch myself — I just won’t tell you where. We never take for granted the opportunity we’ve been given to showcase drag excellence and tell authentic queer stories.

Thank you to the fans, World of Wonder, VH1, our cast and crew, and most of all, our brave and beautiful queens.” RuPaul concluded. Interestingly, Season 15 will also tape its 200th episode milestone for the season.

The reason for choosing a new network house comes as a part of ViacomCBS’s global expansion of the Drag Race franchise. This will include three new Drag Race spin-offs in Brazil, Mexico and Germany. These spin-offs will air on Paramount+ and MTV and are under production.

Chris McCarthy, President/CEO of Paramount Media Networks & MTV Entertainment Studios stated: “With the global expansion of RuPaul’s Drag Race, we’re thrilled to bring the franchise into three new Paramount+ territories – Germany, Brazil and Mexico – and are very excited that RuPaul’s Secret Celebrity Drag Race will return for a third season with our partners at VH1/BET.”

Drag Race Season 15 will feature the largest cast in its history, with 16 queens fighting for the crown and a record-high cash prize of $200,000. The cast includes names like legendary pageant queen Sasha Colby, TikTok twin Sugar and Spice, Amethyst, Aura Mayari, Anetra and Jax. RuPaul’s Drag Race Season 15 premieres on Jan. 6 at 8 p.m. ET/PT. Get ready to be dazzled this new year!