The Positions singer Ariana Grande and her husband Dalton Gomez are like two peas in a pod. Read on further to know more about the whirlwind romance of these two lovebirds. Dalton and Ariana complete 1 year as a married couple

Grande tied the knot with real estate agent Dalton Gomez on May 15, 2021. The 28-year-old got married to the love of her life in her Montecito home. For the couple’s wedding, Ariana’s house was completely transformed into a proper wedding venue. Her house was decorated with flowers and white candles.

The 7 Rings singer took to her Instagram to share a series of pictures from the couple’s wedding ceremony with her fans all over the world. She simply captioned the post, “5.15.21 🤍”

Ariana and Dalton got engaged in 2020

The musician announced that she is engaged to Dalton in December of 2020. She put a few photos of the duo from their special day on the social networking service Instagram. “forever n then some”, she captioned the post. February 2020: Ariana and Gomez were spotted kissing at a bar

The couple sparked dating rumors in February of 2020. At that time, Ariana’s brother Frankie cleared out that she is not dating Social House’s Mikey Foster. TMZ dropped a video of the rock star making out with a mystery man.

In the clip that was shared by the media outlet, we caught a glimpse of Ariana and her new man at Bar Louie in Northridge, California. Later on, it was discovered that Grande’s mystery man was none other than Dalton Gomez. 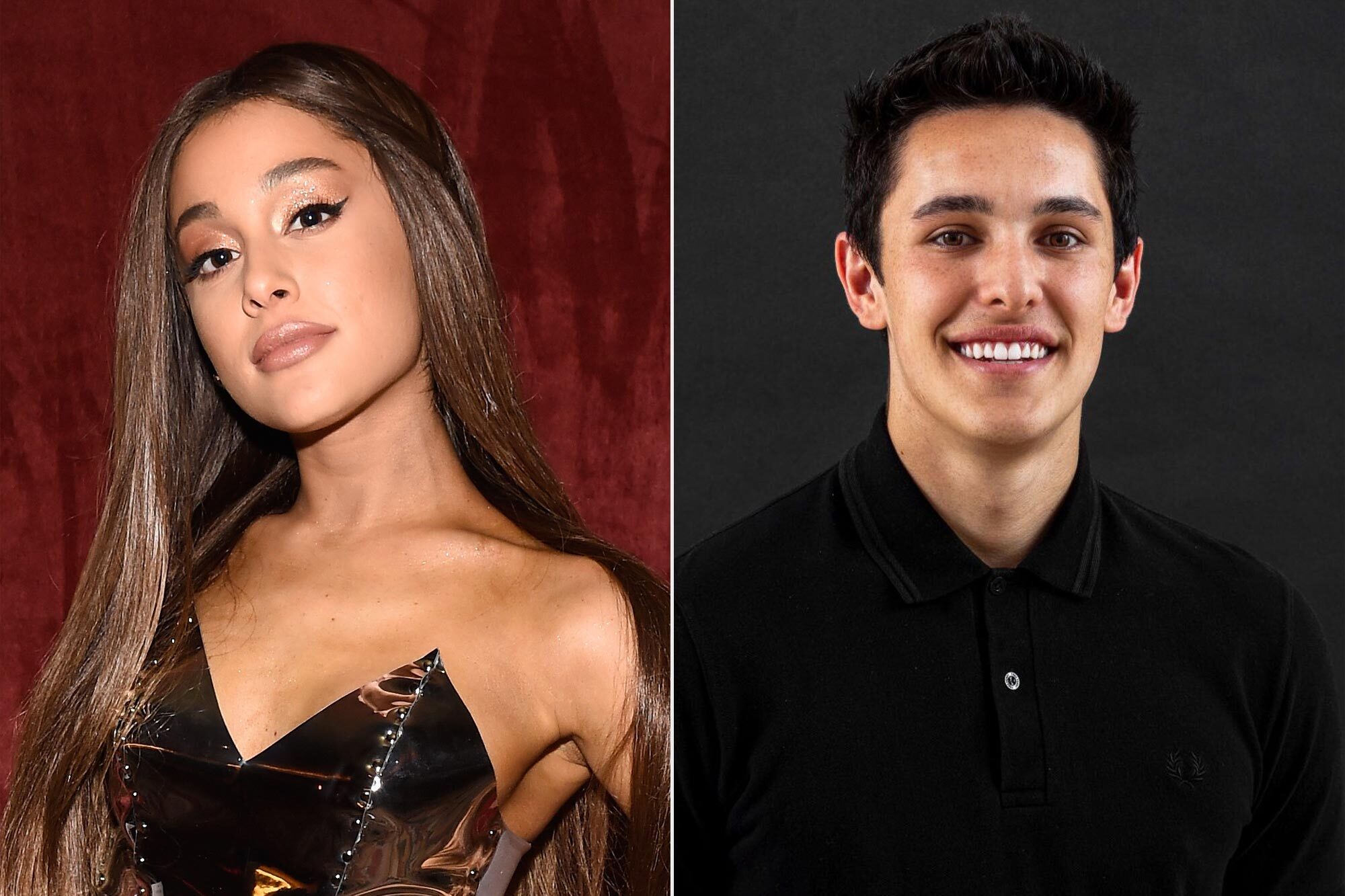 Around the time, an insider told People, “Ariana is staying at home with friends. She is very serious about self distancing and has been with the same group of people for days.”

The source further added, “One of the people she is with right now is Dalton — they have been hanging out for a couple of months. Ariana doesn’t want to do another public relationship so she is trying to keep this one quiet, but she seems very happy with Dalton.”

Ariana joined hands with the Ghost singer Justin Bieber for the quarantine love song named Stuck With U. The video of the song is so heartwarming and beautiful, it features several celebs including Bieber’s wife Hailey, and fans as well just chilling and having a good time with their loved ones in the lockdown period.

In the music video of the song, we caught a glimpse of Grande’s beau Dalton near the three-and-a-half-minute mark in which his face is cropped out. He can be seen swaying Ariana back and forth before the singer comes running in for a hug and a kiss.

The track was more meaningful for Grande as the proceeds and sales from the song went toward grants and scholarships for children of first responders who were impacted by COVID-19.

Ariana and Dalton decided to make their romance Insta official in June of 2020. She posted a couple of pictures on Instagram and she wrote, “almost 27 :)” in the caption of the post.

The rock star posted several pictures and clips of her dogs on the social media platform. She smartly inserted a cute lovey-dovey picture with Dalton amid the series of snaps.

In the picture posted, Gomez and Ariana can be seen smiling ear to ear. She did not tag him in the photo. This was the very first time that she gave her fans a glimpse into her romance with Dalton.

August 2020: Ariana drops a sweet birthday wish for her lover

The Thank U, Next singer wished Dalton on the occasion of his birthday on social media with a few adorable videos and pictures of the two of them.

“hbd to my baby my best friend my fav part of all the days 🙂 i love u”, she captioned the post. We must say Ariana and Gomez make for one good-looking couple.

Just like many others, Grande joined the bandwagon of posting a photo dump on Instagram following the release of her album Positions. She gave her fans a quick update on what’s been going on in her life lately.

Ariana wrote, “some life stuff :)”, in the caption of the post. In the first shot, we could see a beautiful picture of the moon, followed by a photo of her Christmas celebration, and a snap of her dog Toulouse. She also put up a funny video of her grandmother Nonna on the photo and video sharing platform.

The Bang Bang singer also posted a picture of herself and Dalton kissing in the post. She concluded her photo dump with some adorable snaps of her fur babies.
During the same month, Ariana announced on Instagram that she is no longer a single woman as she got engaged to Gomez. She posted the pics of her gorgeous engagement ring on the platform.

The couple spent their Christmas together with a couple of friends including Ariana’s brother Frankie. She shared a snap of her twinkling Christmas tree on December 26, 2021. She also posted a hilarious clip of her then-fiancé with a dog of hers. Her mom was also present with the pair at Christmas.

“merry :)”, Ariana captioned the carousal of pictures from her Christmas celebrations.

Dalton and Ariana exchanged their vows in her house on May 15, 2021. The representative of the singer stated that the couple got hitched in an intimate ceremony that was attended by 20 people.
Her representative told People magazine, “The room was so happy and full of love. The couple and both families couldn’t be happier.” Grande shared the pair’s wedding photos on Instagram a week and a half later.

We send congrats to the beautiful couple as they celebrate their first wedding anniversary. Wishing the two of them nothing but eternal bliss and togetherness for many more years to come. Don’t forget to stay tuned with us for the latest updates from the world of showbiz.