Are Karrueche Tran and Quavo Huncho back together? The dating rumors about Bay actress and rapper-producer are flooding the social media platforms again as the couple is spotted having a private dinner on Monday night. 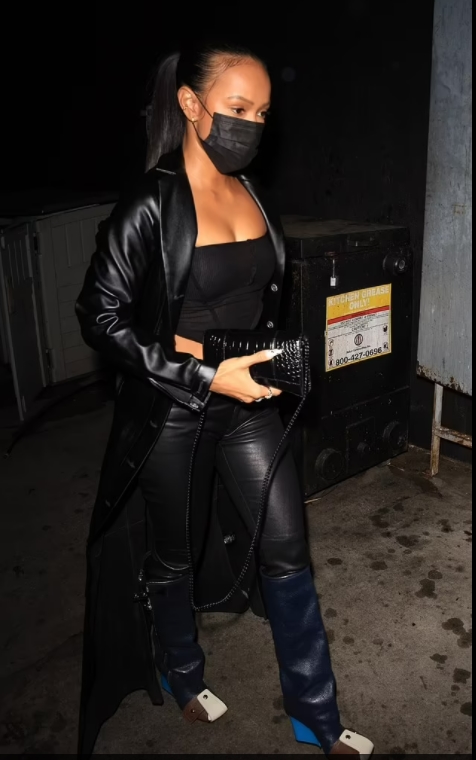 On Monday the pair rekindled their dating rumors with a special dinner date in West Hollywood. Karrueche Tran sported all in black by pairing a black square-neck corset top with black leather pants and a black leather overcoat.

She styled her all-black look with a high-pony tail, while covering her face with a black mask(probably to stay low-key) and added a black chain-strap handbag and white, blue and brown color boots in her accessories. 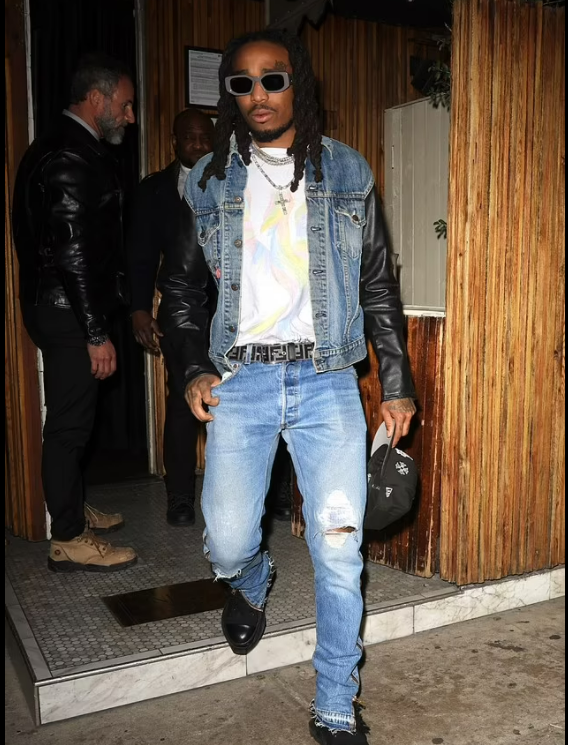 Meanwhile, the part-owner of FCF Glacier Boyz arrived wearing light blue ripped jeans, with a Fendi belt on his waist and a marble design t-shirt with a denim jacket added on top of it. Quavo left holding a baseball cap in his hand, silver cross chains hanging on his neck. He completed his look with a pair of black sunglasses, covering his eyes.

Though both of them arrived at the spot individually and left separately too from the restaurant “The Nice Guy.” But according to an insider, the couple booked a private patio spot for their sweet dinner date in the Italian restaurant ahead. 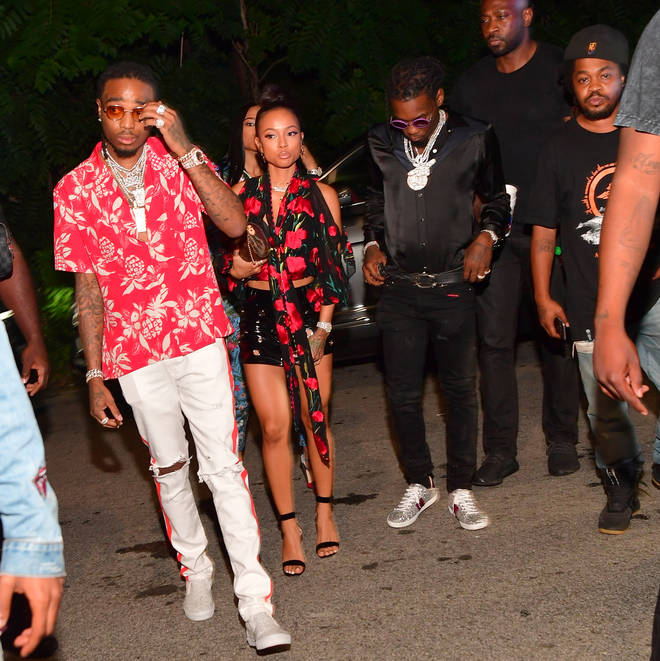 Despite what the “unofficial” couple claimed, they spend their sweet time together while talking about their personal affairs at the private corner of “The Nice Guy.” The pair thoroughly enjoyed their dinner date.

Their dating rumors first started back in 2017

Karrueche Tran and Quavo Huncho’s dating rumors were first sparked when the pair were spotted with each other several times during the spring season of the year 2017. 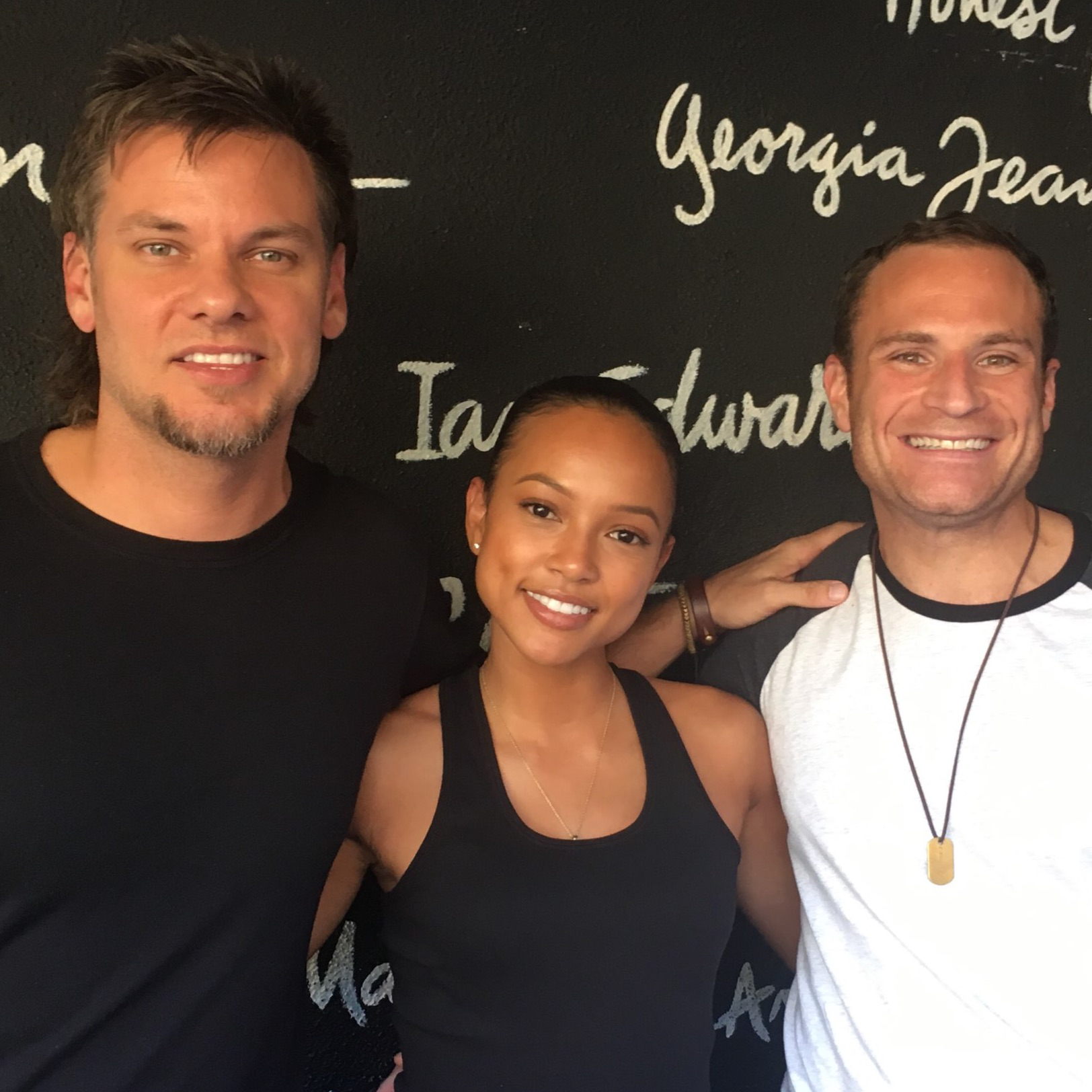 Though the rumors calmed down once actress Karrueche denied that they were a thing at all during her appearance on the “Allegedly with Theo Von and Matthew Cole Weiss” podcast in Oct 2017. She said the duo are “just cool friends” and nothing more.

Later the duo was seen dating different individuals; Quavo dated “My Type” rapper for three years, while Karrueche dated the NFL star Victor Cruz during that time. Both were in a serious relationship, Quavo’s shocking break-up with Saweetie surprised their fans in March 2021 as she hinted at the reason to be Quavo cheating on her.

Unlike them, Karrueche and Victor ended things with each other on good terms. The formal couple seems to have no hard feelings towards each other. 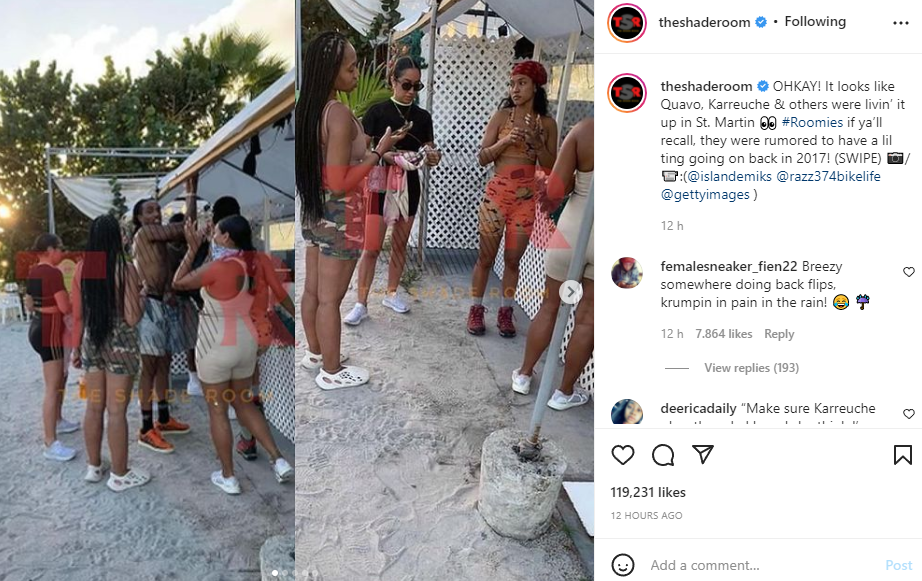 The rumors of their dating started to spark again after the couple was seen together on a vacation in St. Martin on January 7, 2022. Someone captured the picture of the pair together in the Caribbean island and posted it on an Instagram account called The Shade Room.

Looks like, after their split from long-term relationships, the couple prefers to keep things low-profile and away from the limelight. Quavo is busy preparing for his upcoming Quavo night on his birthday(April 2).