As if putting a classy yet flirtatious spin on the classic award show style, Anya Taylor-Joy has taken the concept to a new level.

At the Critics’ Choice Awards in Los Angeles, Taylor-Joy arrived to accept her award with her boyfriend in an equally provocative look, just days after she kicked off the season in a colorful bandeau and skirt at the Golden Globes. 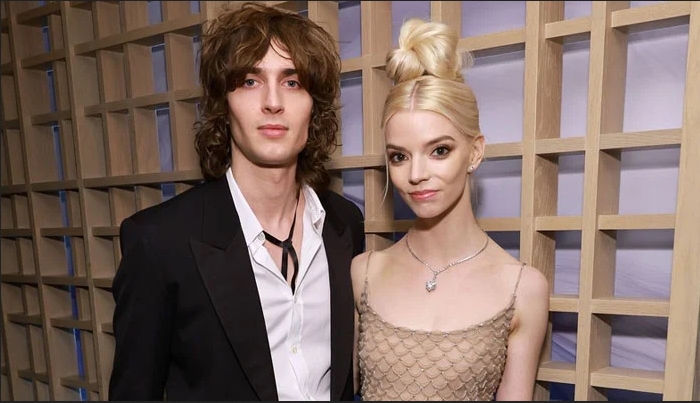 On The Red Carpet, Anya Taylor-Joy Was Accompanied By Her Boyfriend Malcolm McRae

The 2023 Critics’ Choice Awards took place at the Fairmont Century Plaza Hotel on Sunday, January 15, in Los Angeles, with Anya Taylor-Joy spending some time backstage with her boyfriend, Malcolm McRae. There were several pictures of Taylor Joy on the red carpet, alone and with Malcolm McRae, who was also at the Golden Globes with Taylor Joy.

In addition to being a presenter at the ceremony, the 26-year-old The Menu actress stepped onto the stage with Miles Teller, who is also an actor from Top Gun: Maverick and The Offer, to present one of the awards. Ahead of the 2023 Golden Globe Awards, Anya and Malcolm appeared together at the Icon Awards earlier in the week. Anya had been nominated for an award and had also been spotted together.

The Queen’s Gambit actress wore a tea-length, sheer, nude dress from Dior Haute Couture, showing off her bare soles beneath a cheeky glimpse of her briefs underneath. It is even possible to get the feeling that the actress looks like a mermaid thanks to the delicate details on the dress. 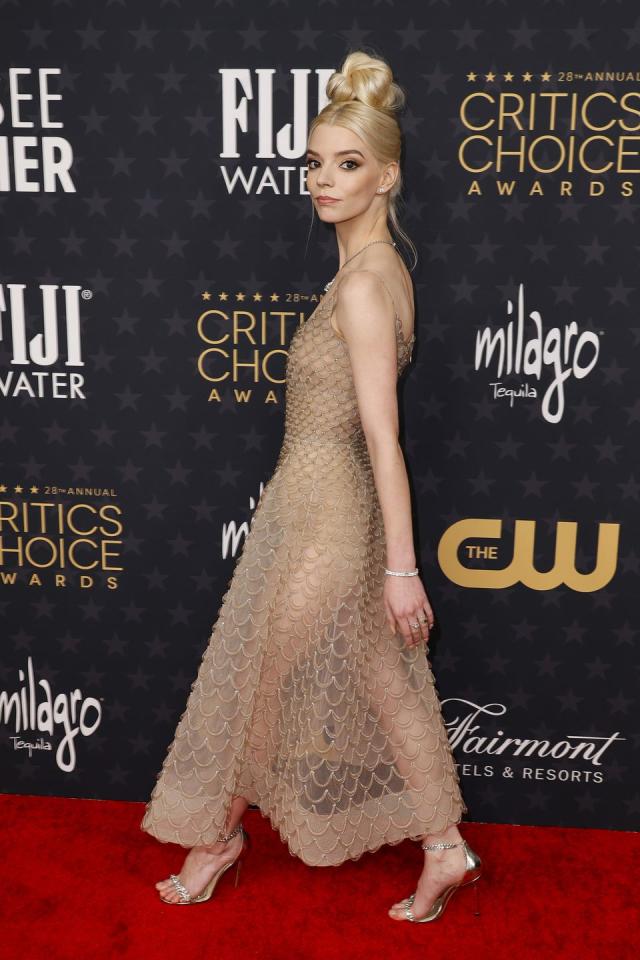 Her dress was paired with dazzling Tiffany & Co. jewels and Jimmy Choo heels, which made the look complete. A stylish top knot styled in a chic updo perfectly fits the actress from Menu and her platinum hair. The couple, both very private people, even stole a kiss on the red carpet during their visit. A third Golden Globe nomination was given to the actress at this year’s award show. 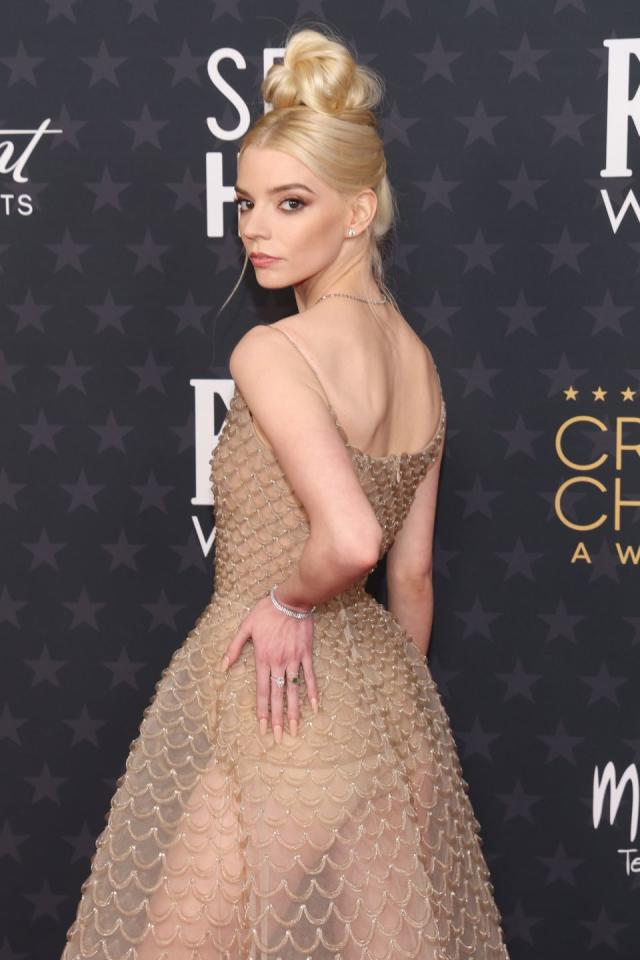 Who Is Anya Taylor-Joy?

The British-Argentine actress Anya Taylor-Joy is known for her roles in the horror films ‘The Witch,’ ‘Split’ and ‘Glass,’ as well as her roles in other films. Her famous roles in horror movies earned her the “scream queen.” Joy was born in the United States and moved to Argentina when she was an infant to live with her family of an English-Spanish photographer, interior designer, and Scottish-Argentine banker.

The twelve-year-old moved to London with her parents at six, where she attended school until a model agency scouted her as a 16-year-old. Having won the Trophée Chopard Award at the Cannes Film Festival, Taylor-Joy has proved to be a multitalented actress. As an accomplished guitarist and ukulele player, she also trained as a ballet dancer and can play both instruments well. 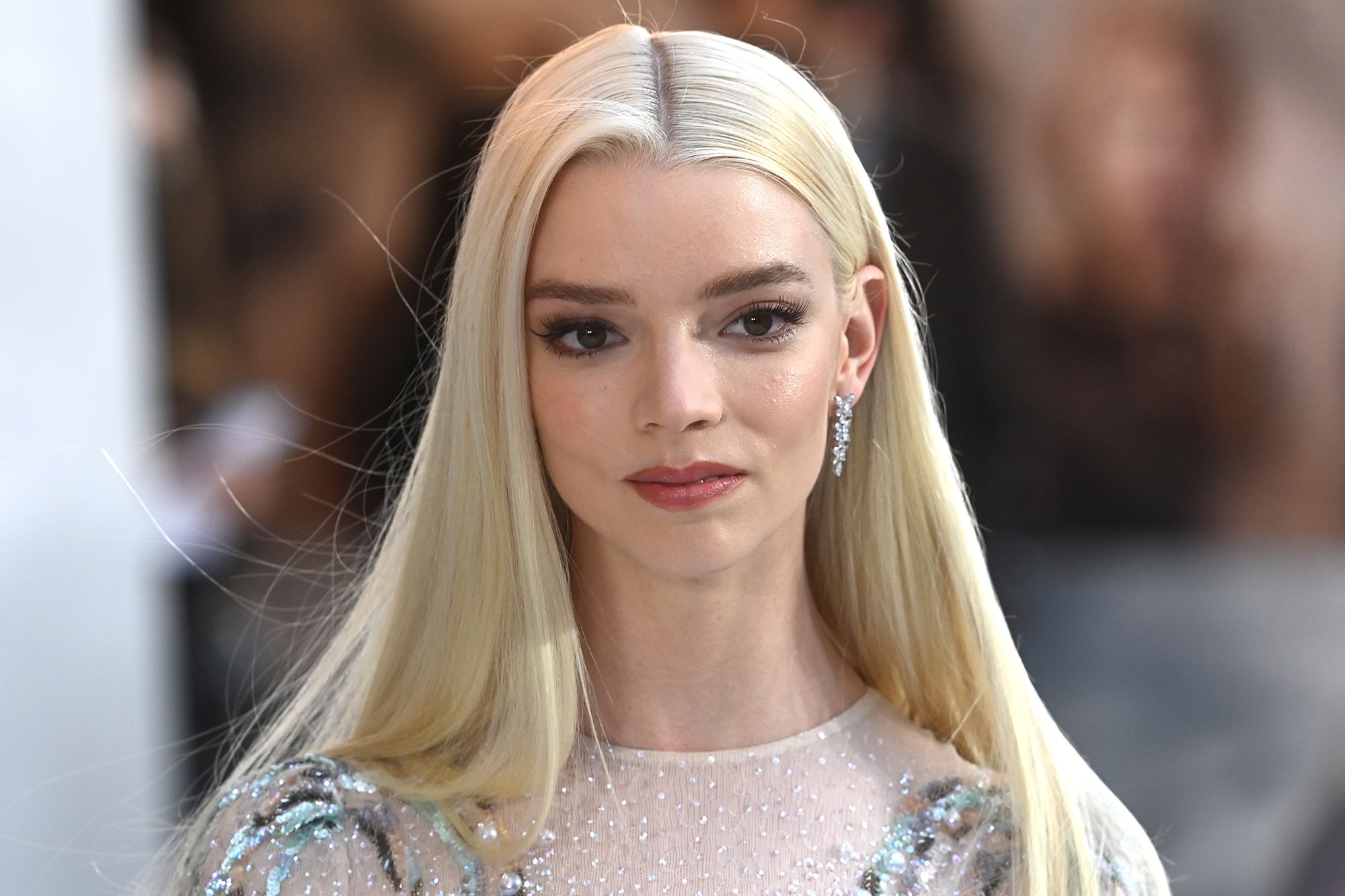 She is a loving sister of five behind the curtain, and undoubtedly, this gorgeous lady is one of the hottest stars on the horizon. She has a strong sense of family and is a very dedicated individual. The British actor Eddie Redmayne always has a British cinematic crush, and she is a fan of his films.

However, the 2023 Critics Choice Awards were a night to remember as Taylor-Joy stunned everyone with her elegant and beautiful sheer nude Dior dress, complete with diamond details. Is her look something you liked or disliked? Please share your thoughts with us.