Animal Kingdom Season 7 Will Not Be Happening

No one can outrun their past, not even the Cody’s!

After watching the season six finale of ‘Animal Kingdom’ spectators is still curious to know if the show will return for another season. We miss our favorite gang and aren’t ready to accept the ending.

It’s a great deal of fun with a lot of happenings, and the show has evolved since season one. Following his mother’s death, Joshua chooses to live with his grandmother, who heads a criminal gang. His life takes a turn when he becomes entangled with his cousins’ criminal activities.

The writing and plot are excellent. The character performances, in general, are worth binge-watching. Let’s explore if we’re going to get another season of Animal Kingdom. 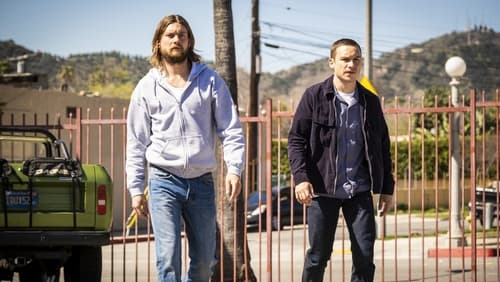 Is There Any Chance Of Animal Kingdom To Return?

The show’s final ride took place. And Animal Kingdom’s sixth season marked the end of the show. According to many spectators, the season finale was reasonably good and rewarding, but more seasons are something that everyone wishes for. But, sadly, there will be no more seasons, and the series officially came to an end.

The official Twitter handle of the show penned, “Here’s a sincere ‘thank you from all of us at Animal Kingdom. Whether you’ve been with us since day one or joined the Codys along the way, thank you for one hell of a ride.”

Here's a sincere "Thank You" from all of us at #AnimalKingdom. Whether you’ve been with us since day 1 or joined the Codys along the way, thank you for one hell of a ride. If you missed any of this season, catch up any time on https://t.co/N0VSLEMs6g or the TNT app. pic.twitter.com/GI9MQJ31gZ

The Reason Behind The Shows Conclusion

If you’re wondering about the specific purpose of the show’s conclusion, you should know that there isn’t any. The show was actually doing quite well. And the ending was planned to be a worthy finale for the audience and the characters.

The showrunner stated to an outlet, “Basically, I did not want the audience to feel that they were not given a worthy finale of something that we’ve all invested a lot of time in. In terms of the pressure, you know, of course!”

Daniele also added, “I hope it’ll be remembered as an exciting, adrenaline-filled, fun show that is also a dark family drama that deals with intergenerational trauma and the love of brothers.”

Shawn penned the confirmation of the show ending, “Bittersweet news. Yes, season 6 will be the end for the Cody family but our talented writers will reward us with a proper finale. That means the Codys go out on their terms. Don’t be sad, 26 episodes left! That’s like a thousand hours … see you this summer for season 5!!!”

Bittersweet news. Yes season 6 will be the end for the Cody family but our talented writers will reward us with a proper finale. That means the Codys go out on their terms. Don’t be sad, 26 episodes left! That’s like a thousand hours … see you this summer for season 5!!! pic.twitter.com/md8sYWyddZ

What Happened At The Final Season Of Animal Kingdom?

Not giving out any spoilers but Animal Kingdom’s ending was pretty intense. The synopsis reads, “In the final season of TNT’s adrenaline-fueled family crime drama, the Cody boys discover that they can’t outrun their past.

With their empire expanding, a cold case investigation sets off a series of events that puts the entire family in jeopardy. Revenge, betrayal, and a reckoning with long-forgotten violence leads to an explosive conclusion six seasons in the making.” What are your thoughts on the ending of the show? Did you expect another or you were prepared for the conclusion? You’re welcome to stay tuned with us for more updates on multiple shows/movies.