HBO’s iconic series ‘Sex and the City’, built on Candace Bushnell’s novel of the same name, changed the way television depicted sex, romance, and lifestyle for females in their 30s. The program lasted 6 seasons and was followed by two sequel films and also a two-season prequel series called ‘The Carrie Diaries.’

‘Sex and the City’ season 6 ended seventeen years ago, now HBO is back with the following chapter: ‘And Just Like That…’. Samantha (Kim Cattrall) would not be returning alongside Carrie (Sarah Jessica Parker), Miranda (Cynthia Nixon), and Charlotte (Kristin Davis) in this chapter. ‘And Just Like That…’ is a direct sequel to ‘Sex and the City’, and it looks at how our beloved New York women’s lives have evolved after we first saw them, and also how they’re learning to live in their 50s.

All you need to discover about “And Just Like That…” and more can be found right here.

Furthermore, ‘And Just Like That…’ will see Michael Patrick King rejoin as the showrunner, alongside Samantha Irby, Rachna Fruchbom, Keli Goff, Julie Rottenberg, and Elisa Zuritsky accompanying him on the writing staff. 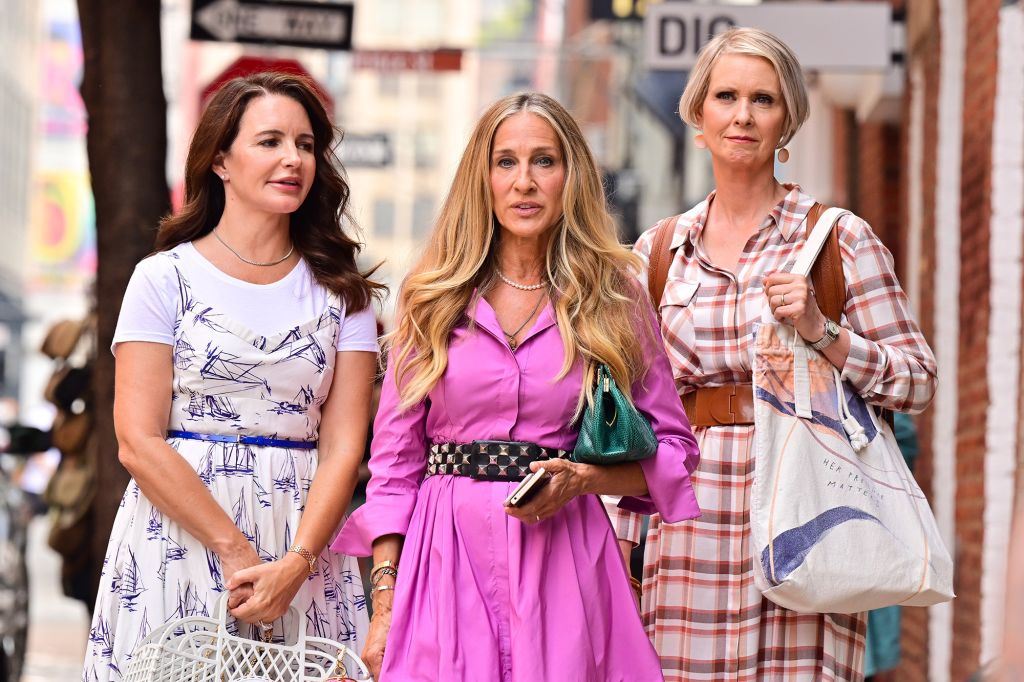 Executive producers would include Rottenberg and Zuritsky. Although Patricia Field, the costume designer and partner of ‘Sex and the City,’ did not come back for the reboot series, she did suggest Molly Rogers, a colleague, to assist the creative team as a fashion advisor.

The very first 2 episodes of the ten-episode series will air on HBO Max on the 9th of December, Thursday 2021, with the remaining eight episodes airing weekly every Thursday. If you want to binge before the new series premieres, all of ‘Sex and the City’ is now available to view on HBO Max.

“Sex and the City” was a popular television show that aired for six seasons comprising 94 episodes from 1998 to 2004. And we can anticipate the relaunch series to live up to our expectations as well. The first glance showed up for the much-anticipated show some time back.

You may watch the teaser below:

During the early stages of the outbreak, showrunner Michael Patrick King along with Sarah Jessica Parker created the concept for the program while preparing a possible ‘Sex and the City’ podcast. 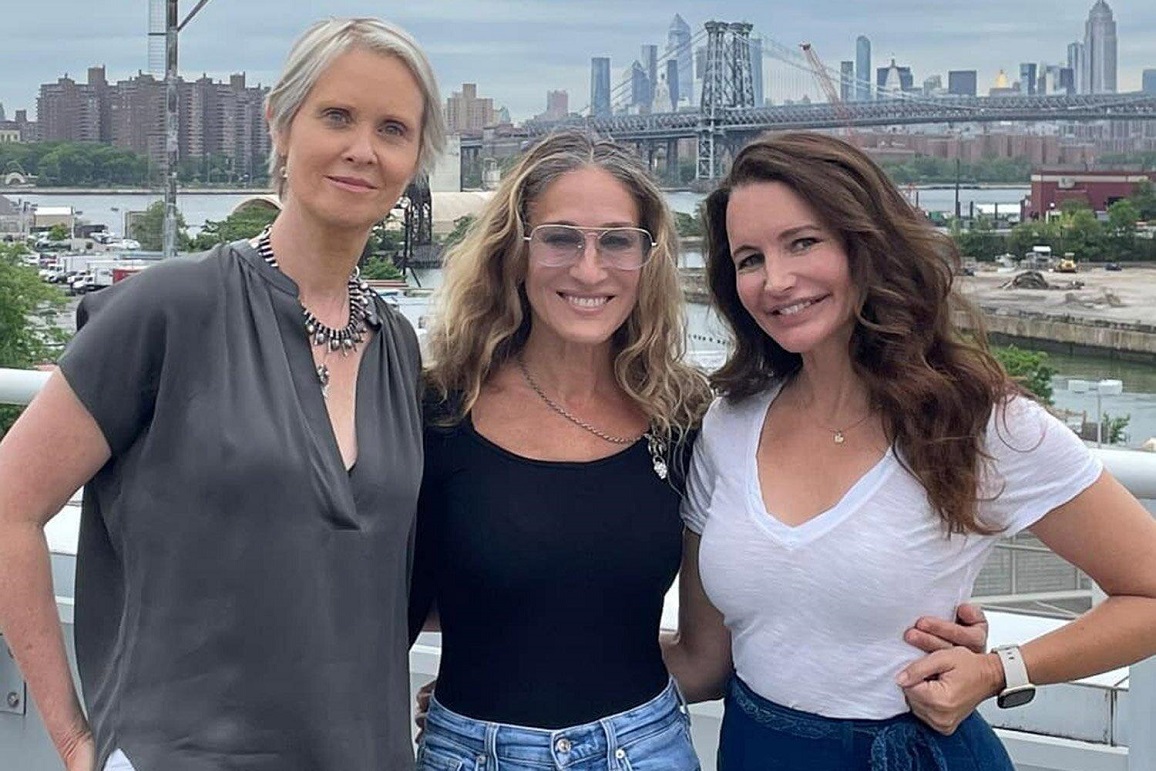 However, they quickly shifted to create a totally new series to examine how the outbreak will affect all of the actors we love and know and to highlight how the healthcare, governmental, ecological, and social settings have changed since the year 2004.

‘And Just Like That…’ takes place in the current day and is framed by the COVID-19 outbreak. Carrie has appeared on a number of radio programs/podcasts with non-binary figure Che, as revealed on the trailer, and we anticipate the comeback series will reveal Miranda isn’t completely straight.

Who Are The Cast Members Of ‘And Just Like That?’

Accompanying Nixon, Parker as well as Davis in “And Just Like That…” are a variety of emerging faces, such as Sarita Choudhury (The Green Knight), Sara Ramírez (Grey’s Anatomy), Nicole Ari Parker (Empire), Isaac Cole Powell (West Side Story) and Karen Pittman (Luke Cage). 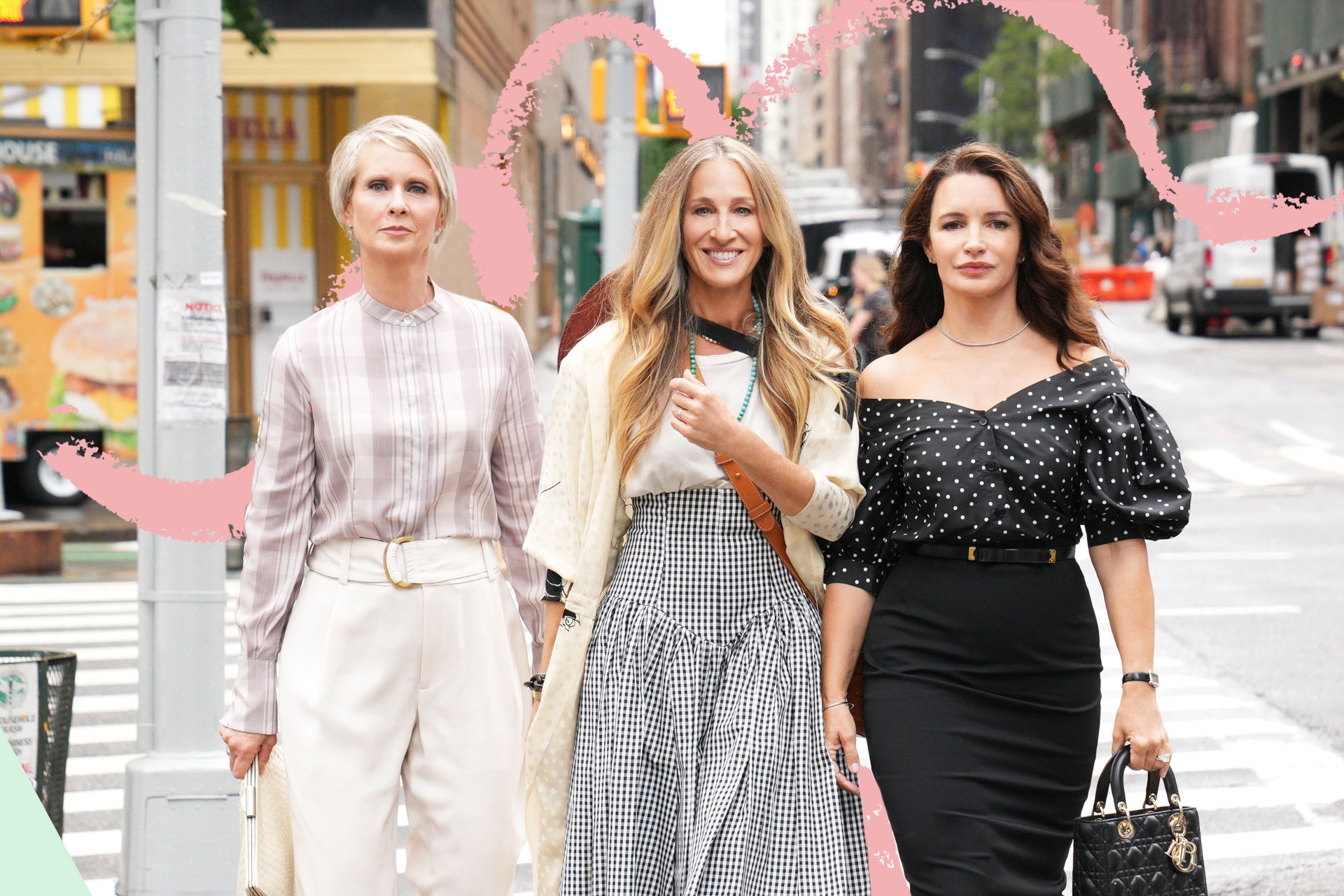 Willie Garson, who reprised his part as Stanford Blatch gives his last appearance in the reboot. Brenda Vaccaro, Ivan Hernandez, LeRoy McClain, and  Christopher Jackson have been confirmed in recurring parts, while Cree Cicchino, Niall Cunningham, Alexa Swinton, Bobby Lee, and Cathy Ang have already been cast in unknown roles.

How eagerly are you waiting for the 9th of December to watch the first two episodes? Let us know in the comments section below!