If you are a massive admirer of America’s Got Talent, we have some exciting news for you. We’ve seen a lot of talents recently that we didn’t even know existed until this series showed us.

In order to advance in the competition and win a large prize, amateur entertainers introduce their singing, dancing, comedy, and freshness acts to celebrity judges and a nationwide audience.

A third America’s Got Talent spin-off has recently been confirmed, with more fresh faces on the way. And there’s something else to go along with this exciting update. The judges and host of this spin-off series have been revealed. And you’re going to love who makes their appearance.

The spin-off will serve as “A new extension of the powerhouse hit series featuring winners, finalists, fan favorites and viral sensations from previous seasons of America’s Got Talent and Got Talent franchises around the world.” 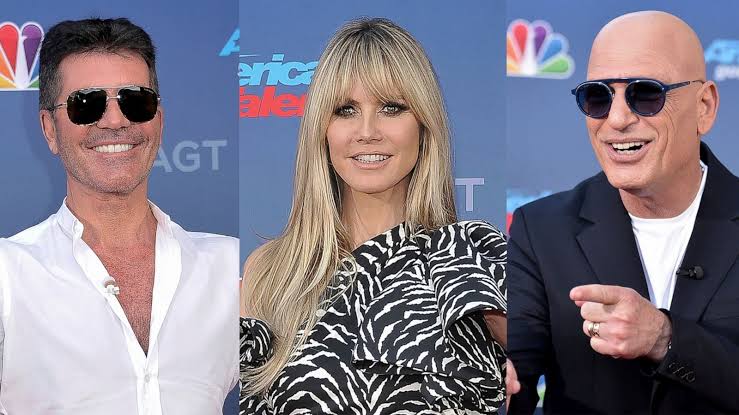 This new spin-off is called ‘America’s Got Talent: All-Star.’ And we’re going to see a lot of personalities ready to show a lot of special star things. Now comes the judges’ turn. The judges for this new series are Simon Cowell, Heidi Klum, and Howie Mandel. Terry Crews, the incredible host, will also appear in the series.

We’ve all heard of Simon Cowell, the man behind The X Factor and Got Talent. Cowell has also produced and promoted successful singles and albums for a number of recording artists whom he has signed and mentored.

Heidi was the first German model to become a Victoria’s Secret Angel after appearing on the cover of the Sports Illustrated Swimsuit Issue in 1998. She came in second place on Forbes’ list of the “World’s Top-Earning Models.”

She will now serve as a judge on this series. Heidi has been a judge on AGT for nine non-consecutive seasons. Next, we have Howie Mandel who has been a judge on the traditional AGT for 13 seasons. He also started hosting the first season of Netflix’s Bullsh*t the Game Show in 2022.

Terry has been the judge for four seasons of America’s Got Talent. And it’s pretty exciting to get to see him as the host. Terry is going to do double work. That means he will host the original show along with this spin-off. Even the hosts are now returning back with a bang.

Fortunately, we do know a little bit about the premiere date. First, production on America’s Got Talent: All-Stars will begin in October 2022. Fortunately, the series will make an appearance in 2023. That is not far away.

The social media account also penned, “The all-stars are aligning. #AGT: All-Stars is coming soon to @NBC and @Peacock.”

The all-stars are aligning. #AGT: All-Stars is coming soon to @NBC and @Peacock. pic.twitter.com/ugTRDyo7vl

What are your thoughts on the upcoming spin-off and the judges that are all set to return? You are welcome to drop your opinions in the comment section below.