When David Crane and Marta Kauffman created the show “Friends” they never imagined it would become such a mega-hit.  Time magazine has listed the show as one of the “All-TIME 100 TV Shows.”

Yup, that’s right! “Friends” is internationally loved, how could it not be?

The show gave us a treasure trove of bromances.

“Friends” produced one of the most iconic songs ever. Who doesn’t know the lyrics to “Smelly Cat”?

It also taught us the right way to Netflix and chill with your girl squad.

Let’s not forget the epic catch phrases from “Friends.”

The hilarious supporting characters on the show definitely deserve a special mention, who could forget Janice?

The cult classic is like no other but, what if the diva’s of Bollywood decided to remake this iconic show with a desi twist? Who could we cast in the Bollywood edition of “Friends”?

Spoiled rich girl Rachel Green runs away from her wedding and seeks asylum with her old friend Monica Gellar. Rachel was a gorgeous fashionista who suddenly had to work as a waitress to support herself but she still managed to do it looking stunning. Only one fashionista can pull off this role—Sonam Kapoor!

She’s just as stunning and talented, plus definitely has the skills to play a fashion executive, which Rachel eventually becomes.

Monica Geller is a neurotic, overly organized chef who plays the “mom” role in the group of friends. She is nurturing, talented and totally bossy. Because she was very overweight in her youth she is teased about it often and sometimes feels insecure over it even though she’s lost the weight. Monica’s drastic weight change and her strong personality is similar to that of Bhumi Padnekar. Padnekar was a powerful force in “Dum Laga Ke Haisha” where she took control of her life. Since the hit film, the actress has actually lost quite a lot of weight and although she was a cutie in “Dum Laga Ke Haisha” she looks even more fabulous now!

Monica’s older brother Ross Geller is a socially awkward Paleontologist, and later professor who has the worst luck with women. After three failed marriages he finally ends up with Rachel in the series finally after they have a daughter together. Ross is sweet-natured but so paranoid, often jealous and just so adorably dorky you can’t help but love him. Ayushmann Khurrana is perfect as Ross Geller—he is most definitely funny, dorky, sweet and adorable all at once. It would be interesting to see Padnekar and Khurrana play siblings after they’ve played a married couple in their last film together.

The masseuse and musician who is off her rocker, Pheobe Buffay is a riot. She grew up on the streets after her mother committed suicide and Pheobe has an evil twin sister named Ursula. She is street smart yet innocent at the same time. Actress Lisa Kudrow’s comic timing is excellent and there is only one Btown actress who can sing “smelly cat” just as well as Kudrow—Parineeti Chopra!

After her stellar performance in “Hasee Toh Phasee” who could deny that Chopra is the queen at playing eccentric characters.

Chandler Bing comes from a unique family, his mother is an erotic novelist and father is a cross-dressing gay Las Vegas star. He’s awkward, sarcastic and though he’s terrible at talking to women he still is able to reel them in with his jokes. Chandler an executive in statistical analysis and data reconfiguration for a multinational corporation. Chandler is good at his job and it pays well but he actually hates it, later in the show he gets a job working at an advertising agency. He also marries Monica and they adopt twins. Chandler is a hard one to cast but perhaps Ranbir Kapoor can step up to the plate?

Kapoor has the ability to pull off the adorable mannerisms of Chandler, to be sarcastic and sweet. Also Kapoor and Padnekar as a married couple? Definitely, want to see that!

Joey Tribbiani is an aspiring actor and serial womanizer. With his catch-phrase “How you doin’?” Joey won the hearts of millions with his adorable smile and flippy hair even though he’s not exactly the brightest guy. There is only one actor who comes to mind as the smooth-talking heart-throb—Varun Dhawan! Dhawan is innocent and child-like, and he’s an overly-dramatic actor, just like Joey!

What do you think of Ranbir Kapoor, Ayushmann Khurrana and Varun Dhawan as best friends? How about Bhumi Padnekar and Sonam Kapoor as roommates?

A little strange, I’m sure, but definitely a show we’d like to watch!

Dear Pilot Season, You Know not all South Asians are Doctors, Right? 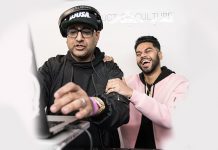