American Idol: Katy Perry Falls off her Judge’s Chair while Dressed as Ariel

From wardrobe malfunctions, to falling off chairs Katy Perry is for sure keeping the American Idol’s audience entertained even during the tense competing moments. 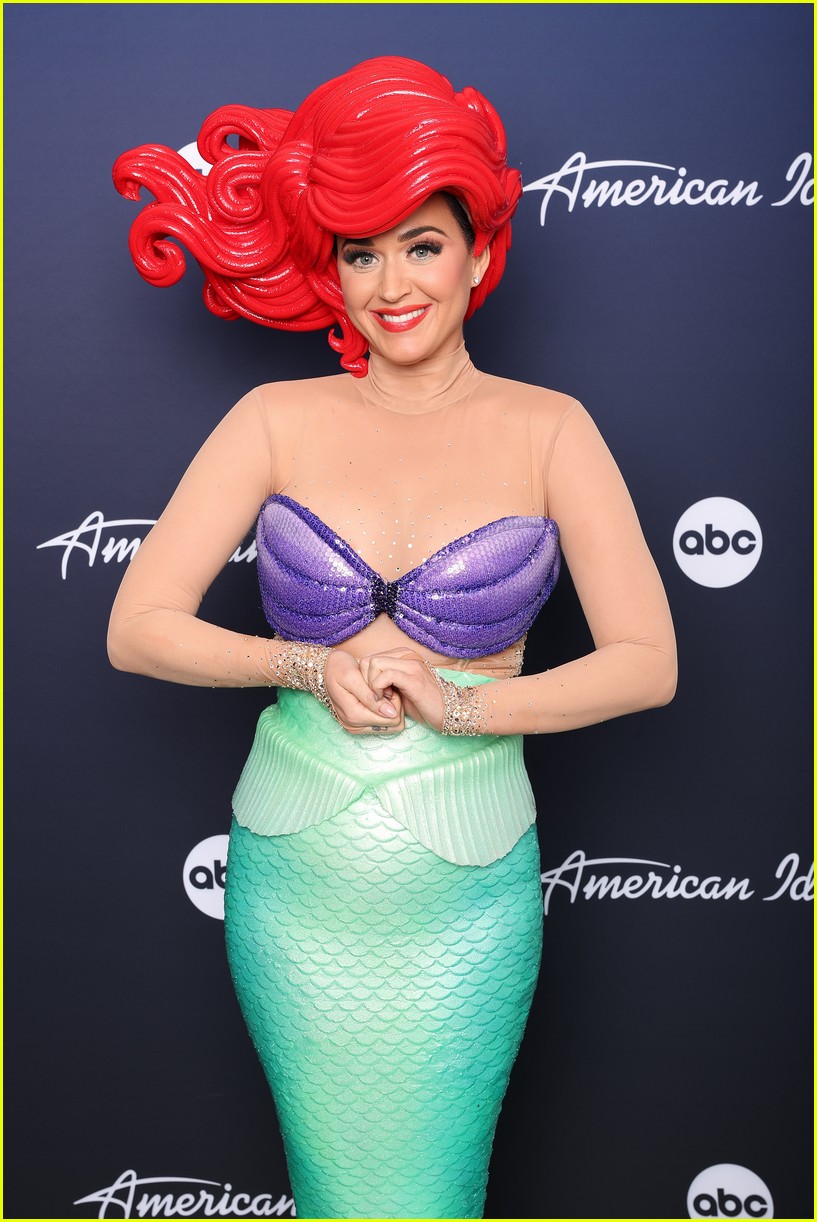 As the show reached the cut-throat competing phase among the top 10 contenders, Katy managed to give some comic relief by being all dressed up as Ariel to honour Disney Week.

“Fins take time to get used to,’ while Katy Perry made all the effort to stand out in her Little Mermaid costume on the American Idol’s Disney Night she had to take a fall for it.

Katy has dressed up as Ursula, Snow White, Tinker Bell, Cinderella and Mrs Dumbo in the past year Disney Night at American Idol, but with this time’s Ariel look she went all out.

Katy cladded herself in a skin-tight costume with long fins paired with a red wig to look like a spitting image of the Little Mermaid’s Ariel. Sadly similar to Ariel Katy struggled to even walk in the costume owing to the massive fins. 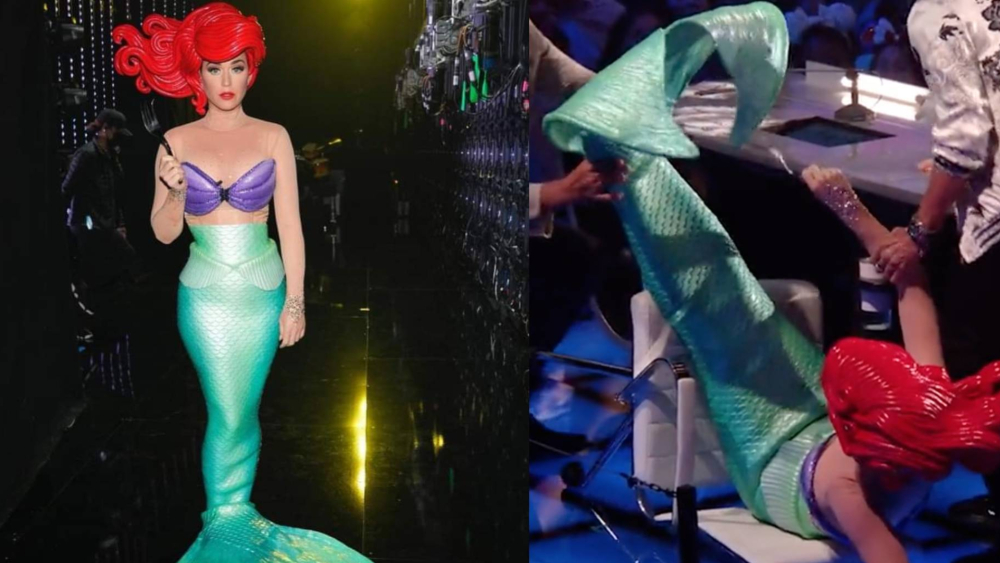 Katy Perry, owing to her uncomfortable outfit had to be wheeled to her seat by her fellow American Idol judges- Luke Bryan and Lionel Richie. But her being seated in her judge’s chair wasn’t comfortable for sure.

Only when the camera cut to Ryan who was introducing how the Top 10 are trying to win over the audience,  a loud noise was heard and the attention turned towards the judges’ table where earlier Perry flaunted her tail on the table.

As the cameras changed focus we witnessed the hilarious fall and Perry was on the floor from the chair as the fellow judge Bryan was pointing and laughing at how Perry fell.

“I’m so surprised you dressed up tonight, Katy,” Ryan quipped. Luke and Lionel were joking with Ryan about the “mermaid slime” on their hands when Katy fell out of her chair off camera. Concerned Ryan ran towards the judges’ table to help Katy back on her feet. “Are you alright?” Ryan asked Perry.

Bryan, Richie and Seacrest then helped Perry get back on her fins!! while she smiled and waved at the crowd.

This fall was not the first time Perry had ignited hilarious outbursts, since 2018 this American Idol Judge has taken the task of amusing the audience quite seriously !!

It was earlier this season when Perry has a Wardrobe malfunction that took up to social media.

It occurred when she was performing her “Teenage Dream” track and while she started singing the chorus “I’ma get your heart racing in my skin-tight jeans”, she decided to go down on the floor as a part of the choreography and Boom! her red leather pants ripped.

She hilariously addressed the incident by posting on her Twitter asking for some tape !!

ima get ur heart racing in my skin-tight jeans on #americanidol tonight 👀 tune in now for a RIPPING good time 🤪 pic.twitter.com/gw3bav78Rs

As this was not the very first stumble for Katy fans even posted about it on Twitter as well, saying that “if there’s one thing Katy Perry will do…. Is fall.”

if theres one thing Katy Perry will do…. Is fall pic.twitter.com/2HN52UYKoq

Hence we can see how Katy can go to lengths just to keep up the Disney theme alive in the show and keep the fans amused.