There is beauty at the end of long relationships. Kendall Schmidt and Mica von Turkovich have now become engaged after a long time relationship.

In an Instagram post on June 30, Big Time Rush announced his engagement by getting down on one knee on stage at the Barclays Center in New York and captioning the moment, “My heart and soul. I’ll love you forever.”.

Kendall Posted A Picture Of Himself On One Knee, Proposing To Mica

The proposal came after dating for seven years to Kendall Schmidt and Mica von Turkovich. The singer from Big Time Rush declared his engagement on June 30 by posting a photo of himself getting down on one knee onstage in New York on Instagram with the caption, “My heart and soul. I’ll love you forever.”.

As per the sources, Kendall proposed at Radio City Music Hall on June 29 alongside Logan Henderson, Carlos PenaVega, and James Maslow, the bandmates. Having their first date at one of Big Time Rush’s shows is a special location for the couple, as it is where they met a decade ago.

Kendall’s bandmates couldn’t stop the cheerfulness in the comments section of her Instagram post. James wrote, “love you two so much! Congratulations.”

“FINALLY!!! Yea!!!! So happy for u guys!!!” commented Carlos. Logan also made a comment on the post, saying, “I’m not crying YOU ARE! Love you both beyond words.”

Mica’s social media posts showed her support for the band’s reunion tour at the Madison Square Garden the next day.

Kendall And Mica Celebrated Their Seventh Anniversary In March 2022

Kendall and Mica were photographed at the beach to celebrate their seventh wedding anniversary back in March. The caption at the time read, “7 years of loving you. 1 million more por favor.” 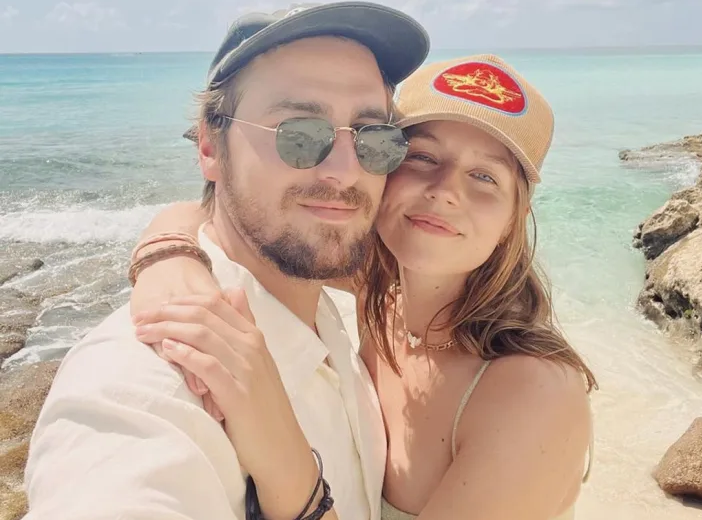 A concert by Schmidt’s band took place at the venue in 2012, and the two met. During that time, she was working as a nanny in New York City. They were friends for years before becoming a couple in 2015.

Love Was Always Seen Online Between The Couple

Turkovich has never been shy about showing love to Schmidt online. The singer paid a heartfelt birthday tribute to his love back in July 2018. He first posted a picture of Turkovich on Instagram and exclaimed, “It’s this beautiful soul’s birthday”

“Any description of how @mica_chu has changed my life would be an understatement. It’s been a pleasure to be with her as the days go by,” said the artist. “I envy the way she sees things. Her true purpose is to make a meaningful difference in the world, and I know that’s exactly what she’s going to do.” He stated while praising her love.

She gives me a reason to be the best man I can be. And in turn, I do everything in my power to be everything she deserves,” He said with lots of respect and love. “#25 #HappyBirthday. Love you, Micaela!”

The two beautiful souls have now been united after a 7-year relationship journey. They are indeed destined to be together. They plan to tie the knot soon, and we will keep you posted. Check back for more celebrity gossip.