Adele and Rich Paul’s Relationship Timeline: From Friends to Lovers

The Easy on Me singer Adele has caught the love bug again! Over the last year, the songwriter has been spotted out and about in public with her new man whose name is Rich Paul many times. Continue reading to know more about the pair’s whirlwind romance. 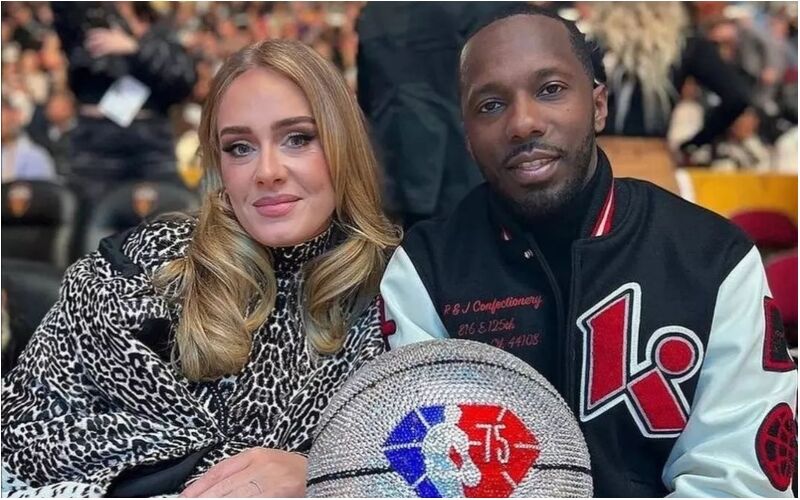 Adele was married to Simon Konecki before

Previously, the 34-year-old was hitched to charity entrepreneur Simon Konecki. The couple tied the knot in the year 2018. She had been with him since the year 2011. Adele and Simon share one child, a baby boy. They welcomed their son Angelo James in 2012.

According to multiple reports, she filed for divorce from Konecki on September 13, 2019. Their divorce got finalized on March 4, 2021. They share the custody of their son Angelo. 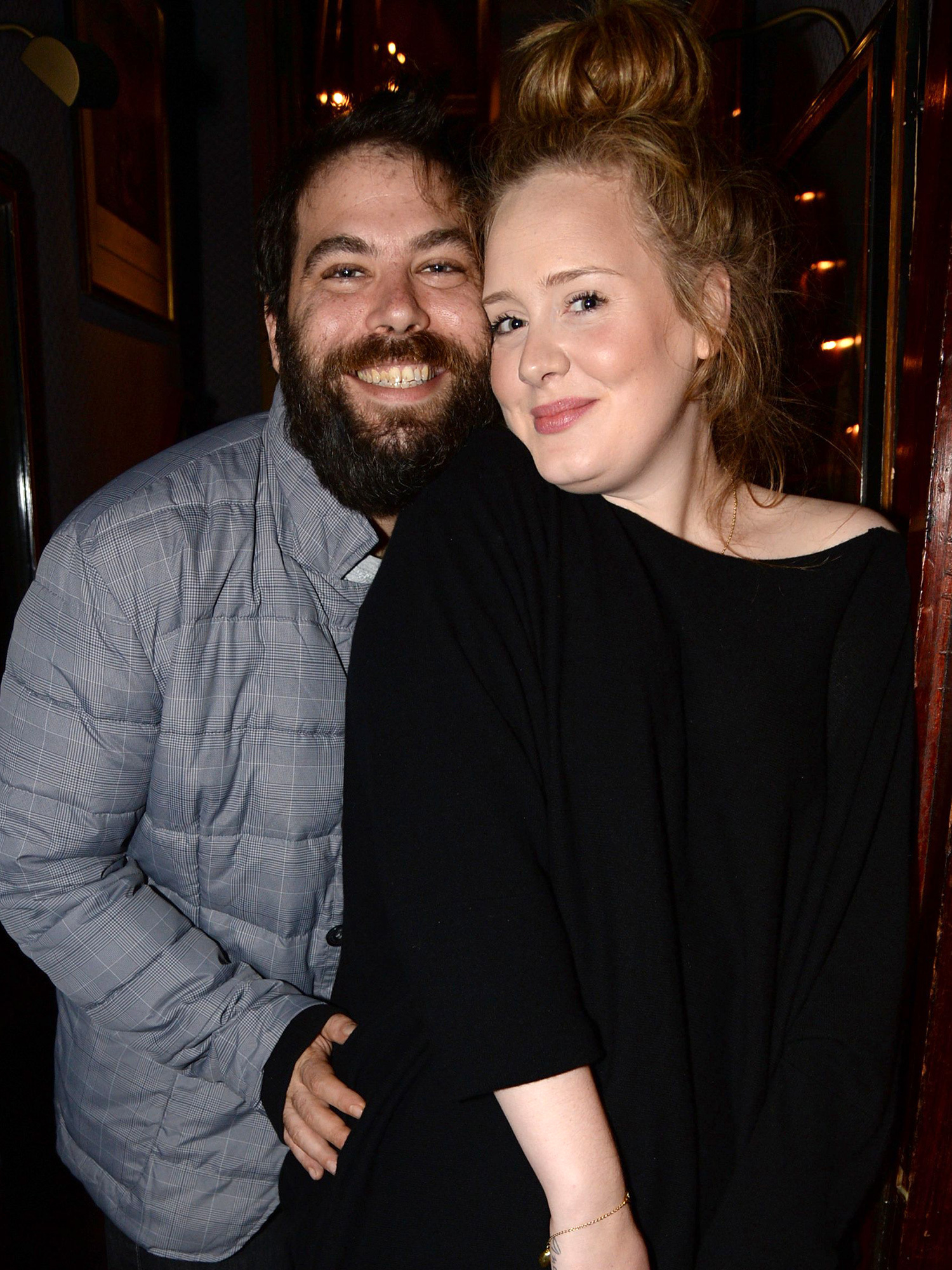 When did Adele and Paul meet?

As per the reports, Adele and sports agent Rich Paul met for the first time a couple of years ago at a party. The dating rumors of the two started swirling in the air a bit later. The couple went public with their romance in the summer of 2021.

Since then, we have seen the Hello singer with her beau on various occasions including NBA games. In the past, Adele has openly talked about Rich in a few interviews. The couple made their first public appearance in July of 2021. They were clicked together by the paps during the NBA Finals game on July 17, 2021. They went to see the game between the Milwaukee Bucks and Phoenix Suns.

For their day out, Adele wore a classy fit that consisted of a long black, tan-and-white patterned coat with an all-black, off-the-shoulder ensemble underneath. She topped off her look with strappy black stilettos, a black bag, and gold hoop earrings. On the other hand, Paul also looked dapper in a denim jacket, a red shirt, and slacks. After a while, a close source told People, that these two were an item and that they have been dating for a few months. ESPN’s Brian Windhorst also confirmed the relationship status of these two lovebirds. In an interaction on The Lowe Post, he told listeners that Paul brought “his girlfriend to the game to sit next to LeBron.”

Just some days later, the two were captured by the media again on July 22, 2021, while they were on a date in New York City. A source told People, that the duo is not that serious and said, “It’s not super serious, but they’re having a good time. They have mutual friends in common, so that’s been nice. She’s having fun and being social.”

Adele and Paul decided to go Instagram official with their romance in September of 2021. She took to her Instagram to share a series of pictures of herself in an iconic Schiaparelli dress and she also posted an adorable black and white picture of herself and Paul. The Rolling in the Deep singer dropped the pics on the social media platform Instagram on September 18, 2021. The photos were taken for Lakers player Anthony Davis’s wedding, who is another one of Paul’s clients. She didn’t pen a long caption for the post, instead, she just put a red heart emoji in the caption.

October 2021: Adele spoke about her relationship with Paul

During an interaction with Vogue and British Vogue for their November cover stories, Adele talked about her boyfriend Rich Paul openly. She said, “Rich just incredibly arrived. I don’t feel anxious or nervous or frazzled. It’s quite the opposite. It’s wild.”

The Someone Like You singer also put some light on the first time that she met Paul. She disclosed that they were friends before they started dating, she met Paul at a party where she drunkenly joked that he should sign her as a client. At that time, she said,” Do you want to sign me? I’m an athlete now.” The rock star could not stop gushing over Rich and she further added, “He’s great. He’s so f—ing funny. He’s so smart, you know.” She went on to say, “The last thing I need is someone who doesn’t know where they’re at, or what they want. I know what I want. And I really know what I don’t want.”

In that same month, the pair was spotted again as they made another courtside appearance to watch the Los Angeles Lakers take on the Golden State Warriors in the NBA season-opening game on October 19, 2021. Adele like always brought her A-game to the Lakers game, she opted for a brown leather ensemble and Louis Vuitton coat. November 2021: Adele brings her beau Paul along for the shoot of ‘An Audience with Adele’

Post the taping of An Audience with Adele at the London Palladium which was Adele’s first live U.K. performance in the last four years, the couple was seen making a quick exit together in a car. In an interview with Oprah Winfrey for the CBS special Adele: One Night Only, Adele opened up about her bond with Paul. She said, “He’s just hilarious. Oh, he’s so funny, he’s hilarious, yeah. And very smart. You know, he’s very, very smart. It’s quite incredible watching him do what he does.”

The Oh My God singer also stated that this is the first relationship of hers in which she has felt secure about herself. She further added, “It’s just timing. But it’d be interesting to see what my reaction is like in general to anything that hurts me now that I feel so secure in myself, and I’m talking outside of romance as well.” It seems like watching an NBA game together is the couple’s go-to thing. Adele was captured giggling and having a fun time with Paul at another Lakers game on January 7, 2022.

This time, Adele went for a more casual look as she sported a black blazer, joggers, and Air Force 1’s while Paul was seen in a black jacket and a pair of blue jeans. In February of 2022, the rumors about Adele and Rich’s break up were going around in circles. The musician cleared all the rumors and set the record straight once and for all.

Adele teased her performance at the BRIT Awards on the social networking service Instagram with a blurry but beautiful picture and she addressed all those breakup rumors about herself and Paul as well.

“Hiya, so I’m really happy to say that I am performing at the Brits next week!! Anddddd I’ll also be popping in to see Graham for a chat on the couch while I’m in town too! I’m looking forward to it! Oh, and Rich sends his love ♥️”, she captioned the post.

On February 8, 2022, Adele was seen with a huge diamond ring at the BRIT Awards 2022 which fueled the rumors of her and Paul’s engagement. She was spotted with a massive Lorraine Schwartz pear-shaped diamond on her left hand. February 11, 2022: Adele Responds to all the engagement rumors subtly

During an appearance on The Graham Norton Show on Feb. 11, 2022, the singer played smart when the host of television host asked her about the massive diamond on her left ring finger. She replied, “As if I would ever tell anyone if I was or wasn’t. It’s lovely though, isn’t it?” when questioned about the gorgeous ring she was wearing. 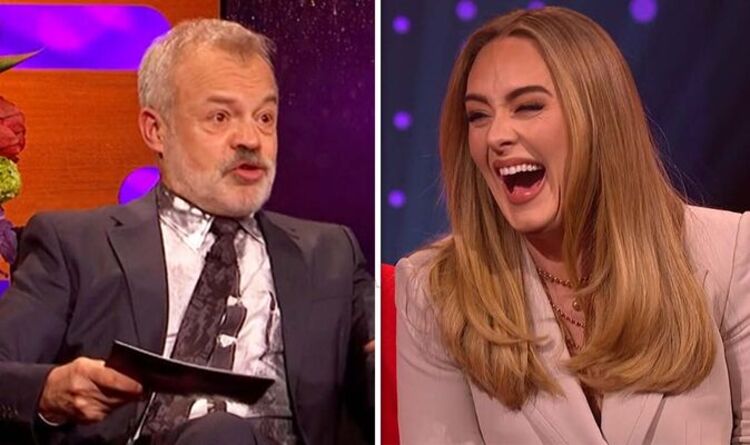 February 20, 2022: Another courtside date for the couple

It was just another day and another courtside date for these two lovebirds. The couple looked so much in love with each other. They were photographed holding hands during the 71st NBA All-Star Game that took place in Cleveland.

Colson Baker aka Machine Gun Kelly and his fiancée Megan Fox were also present at the NBA game. As per the reports of the Daily Mail, Adele wore a $12,900 Alaia leopard-print coat and one thing that caught the attention of the eagle-eyed fans was that the singer did not have the Lorraine Schwartz ring on her hand that sparked all those engagement rumors. We must say Adele and Rich Paul make for one good-looking couple. Do you ship Adele and Rich Paul? Kindly let us know what you think in the comments section below. Don’t forget to stay tuned with us for the latest updates from the world of showbiz.