Adele and her better half Rich Paul were spotted getting cozy courtside while at Game 2 of the NBA Western Conference Finals in San Francisco, California. The pair reflected their rapidly growing love as they spent their cozy date night at the NBA game. Read on to know more. Adele and Rich are Growing Together Adele is one of the world’s best-selling music artists, with sales of over 120 million records. If we talk about her personal life, the 34-year-old Grammy Award-winner went through a messy divorce from Simon Konecki, which was finalized in March 2021. But then, she found true love state-side.

Adele is dating Klutch Sports Group owner Rich Paul, who is one of the biggest sports agents in America. Now, the lovebirds were seen getting cozy on a date night at the Game 2 of the NBA Western Conference Finals in San Francisco, California. The Easy On Me singer was donned in a full-denim look to attend the fierce battle at the Chase Center between the Dallas Mavericks and the Golden State Warriors, who ended up winning the game.  She added a pair of taupe heels to the look while donning a glowing makeup look and bouncy blow-dried locks. Rich kept it simple as he wore a black hoodie and acid wash jeans. The couple was lost deep in conversation for a large part of the game, with Adele and Rich both grinning from ear to ear. FYI, Adele and Rich Paul just bought themselves a million-dollar mansion, ($58m) formerly owned by Sylvester Stallone.

An onlooker sitting close to the gorgeous couple spoke in an interview that “The two were always touching and laughing. You can tell how much Adele loves watching the game from her reactions to intense plays. It was really cute.” Well, I didn’t know Adele loves ball. Maybe, she is just trying to blend in with Paul’s areas of interest. Who knows, eh?

Not Their First Sports Date… 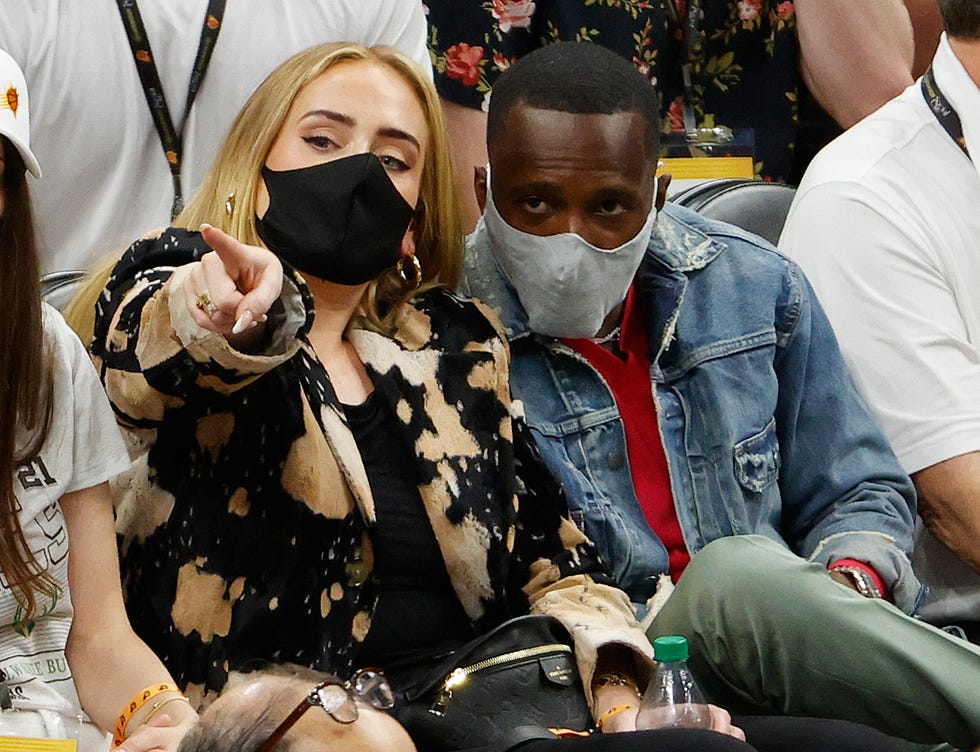 Adele and Rich Paul’s love is brewing since 2021. On July 24, 2021, the “Rolling in The Deep” singer was seen with Rich Paul at NYC hotspot Cipriani. The two shared some cute PDA moments back then.

Again, on July 14, the British singer was spotted laughing and cheering alongside Paul at Game 5 of the NBA Finals, in which the Milwaukee Bucks beat the Phoenix Suns. Paul was apparently there alongside his client LeBron James to support friend Chris Paul, a player for the Suns. On a late-night podcast following the game’s conclusion, ESPN’s Brian Windhorst seemingly confirmed the relationship between Paul and Adele. Well, here they are! Their love has only grown in a year, and it feels like a lifetime to the two of them.

Adele and Rich have moved into their new lovenest as they embark on this adventurous journey called love. What do you think about this couple? Don’t they look stunning together?