American media personality Addison Rae walked 2022 Met Gala red carpet in style. Her Silver sequin halter dress is supposedly the most hard-worked creation if we compare it with other outfits. The embroidery on Addison’s curve-clinging mosaic design gown took around 340 hours to complete. The 21-year-old TikTok star’s Michael Kors gown is everything that compliments this year’s theme “Gilded Glamour”. Read on to know more. Addison’s outfit, however, is a symbol of the hard work that went into creating this piece. Addison Rae revealed that the gown has around 11,000 mirrors and it took around 340 hours to complete the embroidery on this gown. Not only this, these 11,000 mirrors come in seven different shared and were individually embroidered to create an ombre effect. The dress had a bold low back that stopped just before Addison’s booty.

She complimented this gorgeous dress with understated accessories like a pair of diamond-shaped hoop earrings as she flaunted her waist-length brunette hair. She also wore several chunky statement rings and covered her nails in a gemstone manicure.

As for her makeup, Addison was decked in spiky faux lashed and dusted lids in shimmery purple eyeshadows. She also wore fake lashes to bring back the 60s beauty trends. Allison did pull the dress well and did justice to the hard work that went into making this dress. 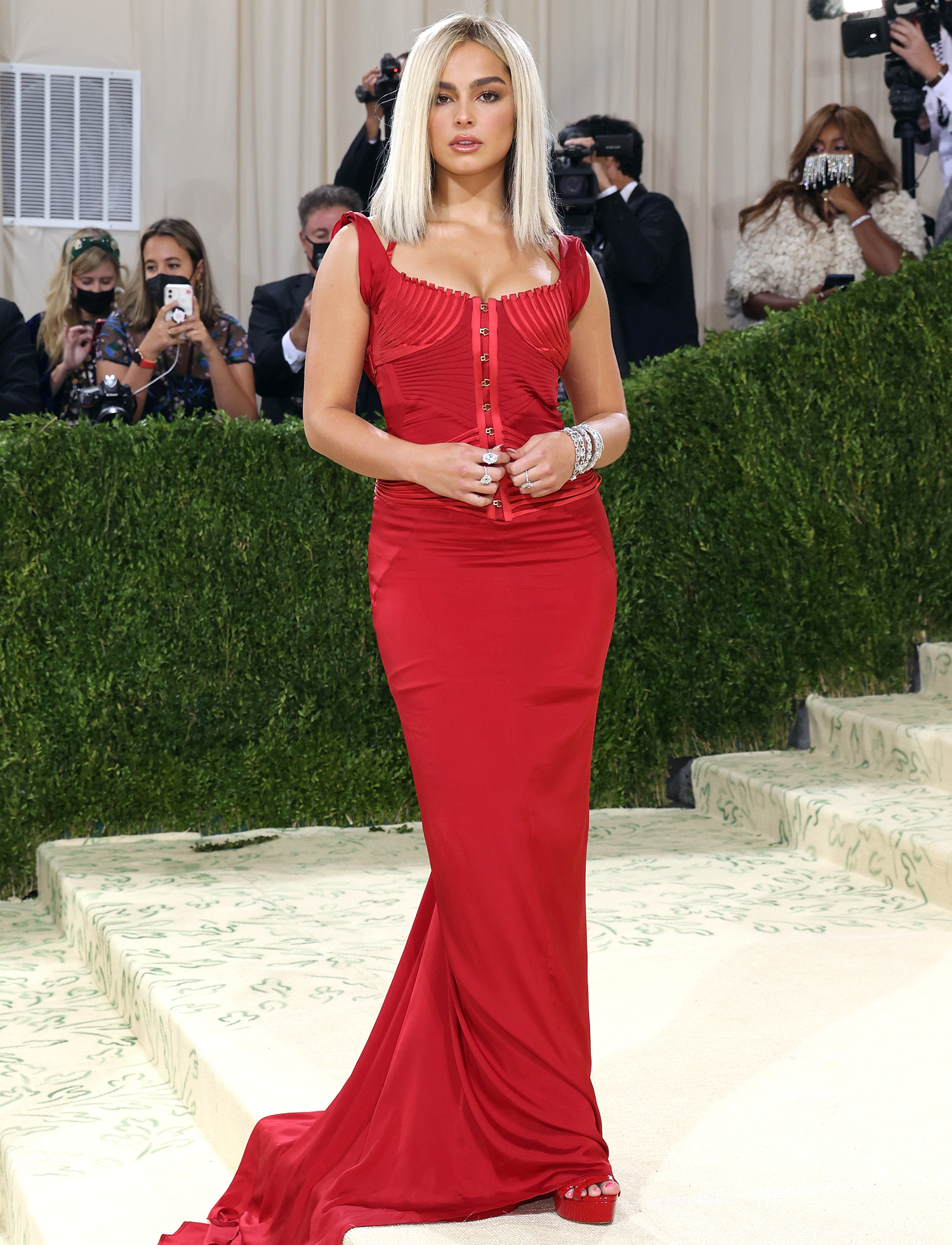 Addison made her Met Gala debut last year. She wore a red sleeveless figure-flattering dress which has clasps on the front. She wore matching red shoes and sparkling accessories like bracelets and rings while flaunting her blonde shoulder-length hair.

Many fans criticized her for copying Kourtney’s 2019 Christmas party look. Well, even though both the dresses came from the 2003 Tom Ford for Gucci collection, the two had some differences.

it appears like Addison learnt a lesson from last year and came up with something exceptional at the 2022 Met Gala event. Her Michael Kors halter dress is exceptional in every manner.

About the Met Gala

She's All That! Addison Rae hits the #MetGala https://t.co/7pfrLBlt8g pic.twitter.com/oW4lx6DVVO

The Metropolitan Museum of Art Costume Institute Benefit, also known as the Met Gala, is considered by many the ‘Super Bowl of celebrity red carpets.’ The fashion’s biggest night is held on the first Monday in May to raise money for the Costume Institute in New York City.

The last year’s event was moved to September due to the pandemic. Many celebrities flaunt the best of their dresses as they step their foot on the red carpet. Addison’s look caught everyone’s eyes. What do you think about her outfit? Won’t it make a perfect cocktail party dress?